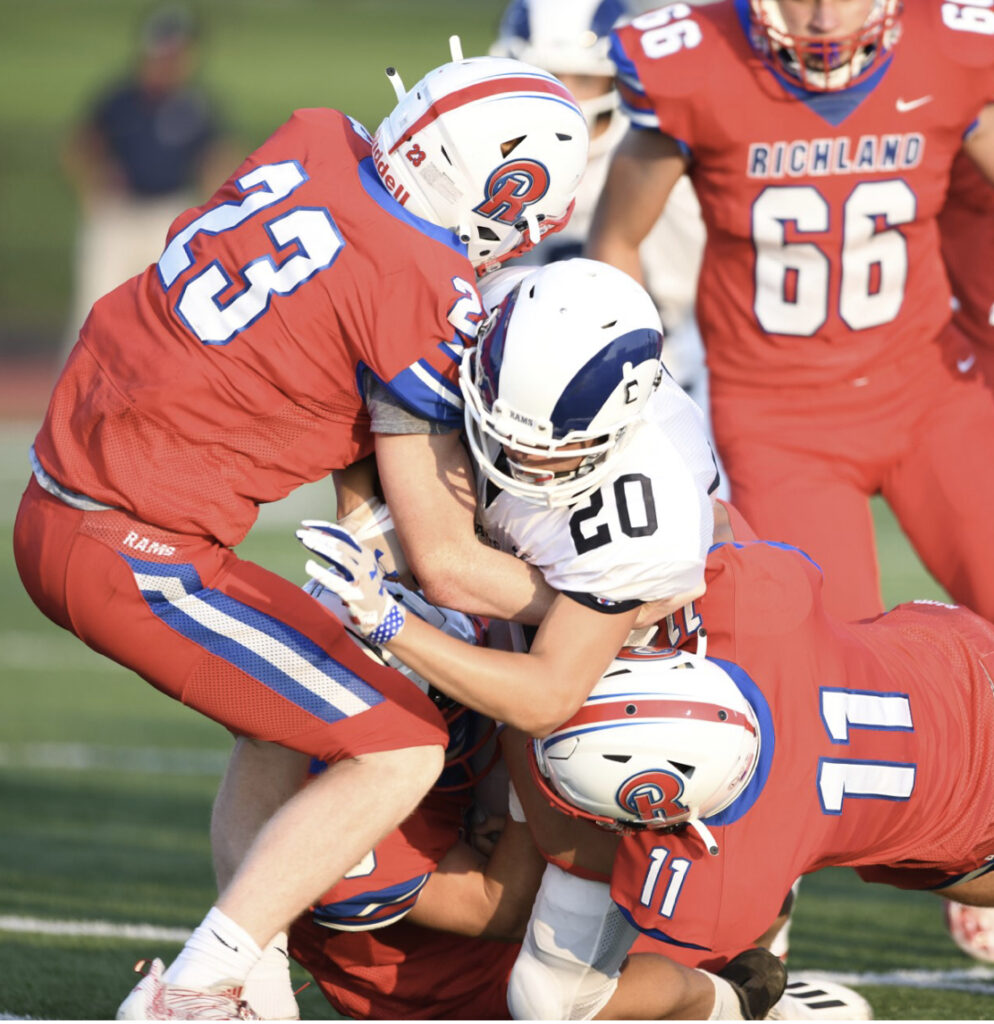 With week 0 of the 2021 high school football season in the books let’s take a look at a recap of how Centre County teams faired in their first games as well as a preview for their week one matchup.

Let’s start with the State College Little Lions. Last week they put on an impressive display of offense and defense in a 51-6 victory over Mifflin County. Junior quarterback Finn Furmanek led the Little Lions in passing going 8-9 for 129 yards and a touchdown. Furmanek also scored a rushing touchdown. The Little Lions also had a full list of players that were able to carry the ball last Friday. 13 different players were able to carry the ball totaling 264 yards and five touchdowns. This week the Little Lions will be at home and will face off against the 1-0 Downingtown East Cougars. The Cougars come off an impressive win against Pennridge last Friday.

Following the Little Lions let’s move to the Bald Eagle Area Eagles. The Eagles traveled to Troy last Saturday after their game was postponed Friday night. This wouldn’t matter for the Eagles as they beat Troy 20-0. Leading the Eagles on offense is Freshman Carson Nagle. Nagle finished the night with 123 yards passing on 14-23 passing and one touchdown. This Friday the Eagles will travel to Clearfield for what just may be the decider of the Mountain League champion this season. The Bison won last week beating DuBois 27-7.

The Philipsburg-Osceola Mountaineers had an overtime heartbreaker Friday night. In a 28-21 loss in overtime, the Mountaineers battled against West Branch but just fell short. This upcoming week the Mountaineers will face off against the 0-1 Bellefonte Raiders.

The Raiders had the most difficult opponent of any Centre County team this week facing off against state runner-up in the Jersey Shore Bulldogs. Jersey Shore’s offense and defense were too much to handle as the Raiders lost 55-0. However, the Raiders will look to bounce back this Friday as they face off against Philipsburg at Rodgers Stadium.

And lastly, the Penns Valley Rams faced off against the Richland Rams Friday night after their game against Mercyhurst Prep was canceled due to COVID concerns in Erie. Richland had a huge game on offense and Penns Valley was only able to score in the final minutes. The Rams vs Rams matchup ended in a 54-14 victory for Richland. Penns Valley will look to bounce back as they play the 0-1 Huntingdon Bearcats Friday night.