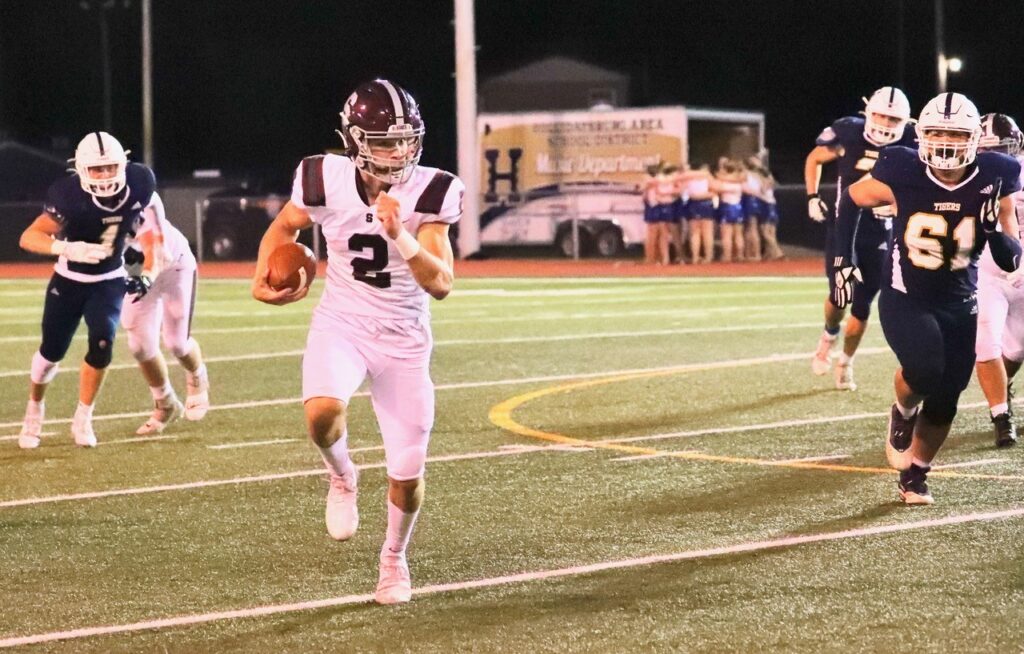 With week two of the PIAA football season in the books, three out of the five Centre County teams were able to get a victory last Friday night. The highlight of the week was the Philipsburg-Osceola Mounties getting a 7-6 victory over the Huntingdon Bearcats. Along with the Mounties, Bald Eagle Area improved to 2-1 on the year with a huge 50-7 victory over North Penn-Mansfield. And the State College Little Lions were able to bounce back after the loss to Downingtown East with a 34-20 victory over the Hollidaysburg Golden Tigers. For Bellefonte and Penns Valley, it was a hard-fought battle against two very good teams. Bellefonte faced off against Tyrone and fell short 21-0. For the Rams of Penns Valley, it was a battle against the Clearfield Bison in which the Bison won 53-7.

Looking into week three there will be some tough matchups and also a Centre County battle. The Mounties of Philipsburg will travel to Penns Valley to take on the Rams. With the Mounties winning last week this is a good confidence boost coming into this week’s game. Both teams sit at a record of 1-2 on the year with both teams victories against the Huntingdon Bearcats.

For the Bellefonte Raiders, they will look to bounce back but they will have a difficult task at hand as they will face off against Hollidaysburg. Bald Eagle will look to keep the ball rolling as they take on Huntingdon. And for the State College Little Lions, they also look to get another victory under the home crowd as they face off against Chambersburg this Friday at Memorial Field.