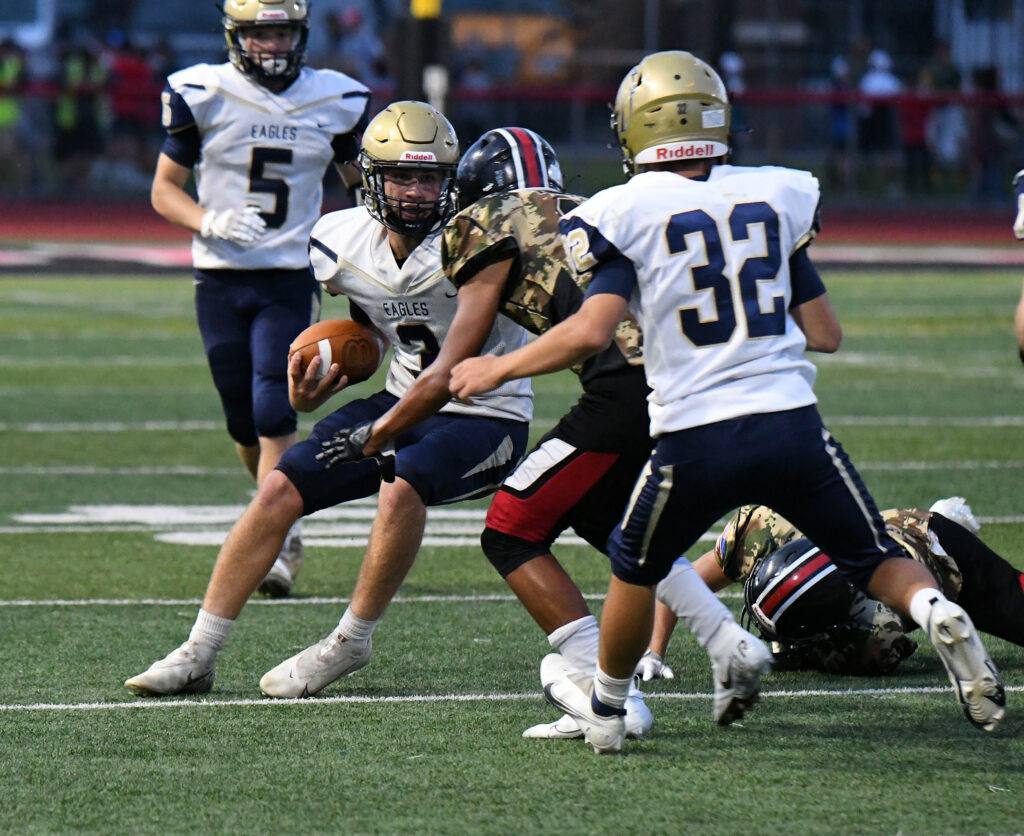 As week one of the Pennsylvania high school football season came to an end two of the five Centre County teams were able to run away with wins as the other three had hard-fought defeats. The Bellefonte Raider defeated Philipsburg and Penns Valley took down Huntingdon. For State College, and Bald Eagle it was a defeat by very good teams.

Starting this week with the battle of two Centre County teams in Bellefonte and Philipsburg. The Raiders escaped after being down early in the game with a 22-6 win. This is also head coach Vaughn Donmoyer’s first victory with the Raiders. The highlight of the game was a Nolan Weaver nine-yard scoop and score. Bellefonte is now 1-1 on the year and will look to take down the Tyrone Golden Eagles this Friday at Rogers Stadium. Philipsburg will look to get their first win of the year as they take on the (0-2) Huntingdon Bearcats.

Penns Valley’s offense was able to light up the scoreboard Friday night. Senior defensive back Zach Braucht had two interceptions on the night and took one of those back 25 yards for a pick-six. Also, Sophomore quarterback Jarrett Stover was able to score two rushing touchdowns for the Rams. Penns Valley will look to continue to light up the scoreboard as they travel to Clearfield to take on the Bison Friday night.

Bald Eagle Area had a tough matchup Friday night in which no one could stop Bisons Oliver Billotte. Billotte finished the game with four sacks. The Bison escaped with a 21-0 win and the Eagles will look to bounce back this Friday as they take on North Penn-Mansfield.

For the State College Little Lions, it is a bounce-back week as well. After opening the season with a huge 51-6 win over Mifflin County, the Little Lions struggled to contain the Downingtown East offense in a 42-21 loss. The Little Lions will travel to Hollidaysburg to take on the (1-1) Golden Tigers.