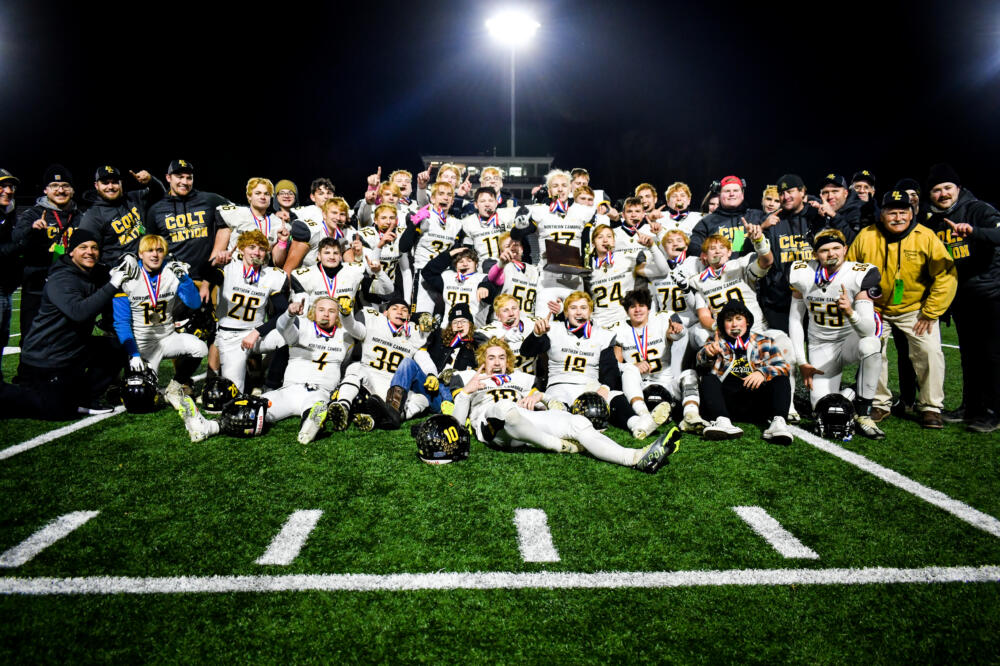 “What do the say? A win is a win, it doesn’t have to be pretty” said a jubilant Northern Cambria head coach Sam Shutty after his Colts won the District 6 Class 1A title with a 12-6 win over Penn Cambria. “This one definitely wasn’t pretty”. No, it wasn’t. for the first half there were 5 interceptions, one that got called back on a penalty, a fumble, three punts and a punt snap that went over the punters head.

Then the second half happened.

Northern Cambria took the kick off and drove from their 39 to the 33 of the Comets but were forced to punt. It was a masterpeice that landed on the Comet one yard line. The Comets went in an 18 play scoring drive that took the game to the 10:06 mark of the fourth quarter. Quarterback Max Hill did most of the grunt work on the drive, picking up small chunks of yardage but just enough to keep moving the chains. The drive was aided by two Northern Cambria Penalties, one was a personal foul after Justin Marshall had a 13 yard run, putting the ball on the six. 2 plays later Ashton Courvina carried the ball over the line from 6 yards out. The kick after never came close leaving the score 6-0.

In a polar opposite of the first three quarters, the fourth quarter came at you hard and fast. Real fast. Penns Manors kickoff was short giving the Colts great field position at their 46. Quarterback Owen Bougher got sacked by Hill, threw an incomplete pass, then he hit two beautiful passes to Ty Dumm. One for a 42 yard gain to the 13, then Dumm hauled in the game tying td catch. The kick after missed leaving the game tied at 6.

That score seemed to flip the momentum to the Northern Cambria defense, though a scary moment for them was saved by a holding penalty. Hill sped down the sideline for what appeared to be an 80 yard score, but the yellow laundry in the backfield proved to be a fatal blow. Holding put the ball back on the 11 and the Colts defense pounced, forcing a punt. Northern Cambrias offense then switched up and they went to the passing game agian. Bougher hit Peyton Myers for a big gain to the Comets 27, a penalty moved it to the 22 then one play later Bougher scrambled up the middle to the one. Disaster nearly struck again when Bougher lost the ball but recovered it on the three. He then cooly tossed another td pass, the game winner, to Dumm. The Colts defense did the rest.

“They’re just too good of a team to make the kind of mistakes we made” said Penns Manor head coach Bill Packer. “The turnovers, penalties, especially that one that got that touchdown called back. You can’t do that. Hats off to the Colts, that’s a good team.”

“First of all, my line, they did a great job blocking in the fourth quarter and without my quarterback I’m nothing” said Dumm of the two tds. “Ty, he’s just really good but to reiterate, our line did a great job at the end” said Boughton.

Northern Cambria will take on District 4 champ Canton next week in the quarterfinals. Time/place/date tba. 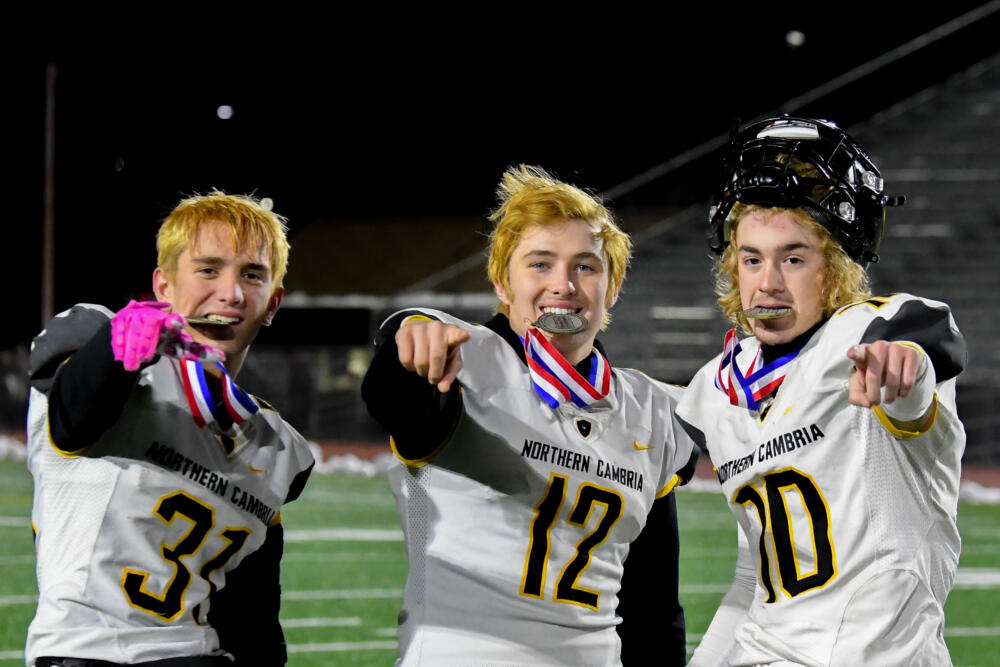 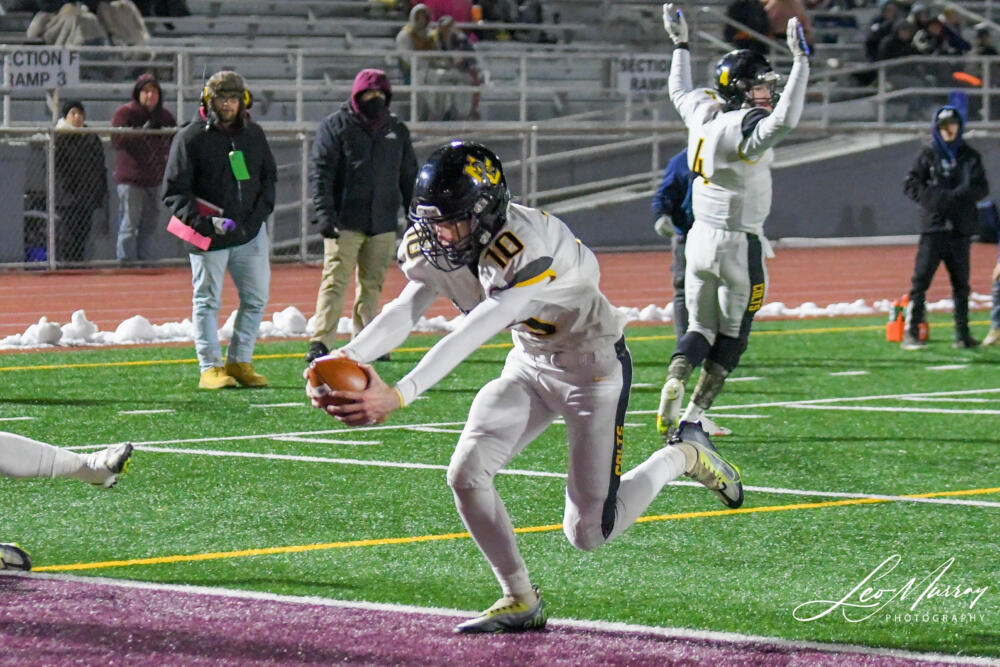 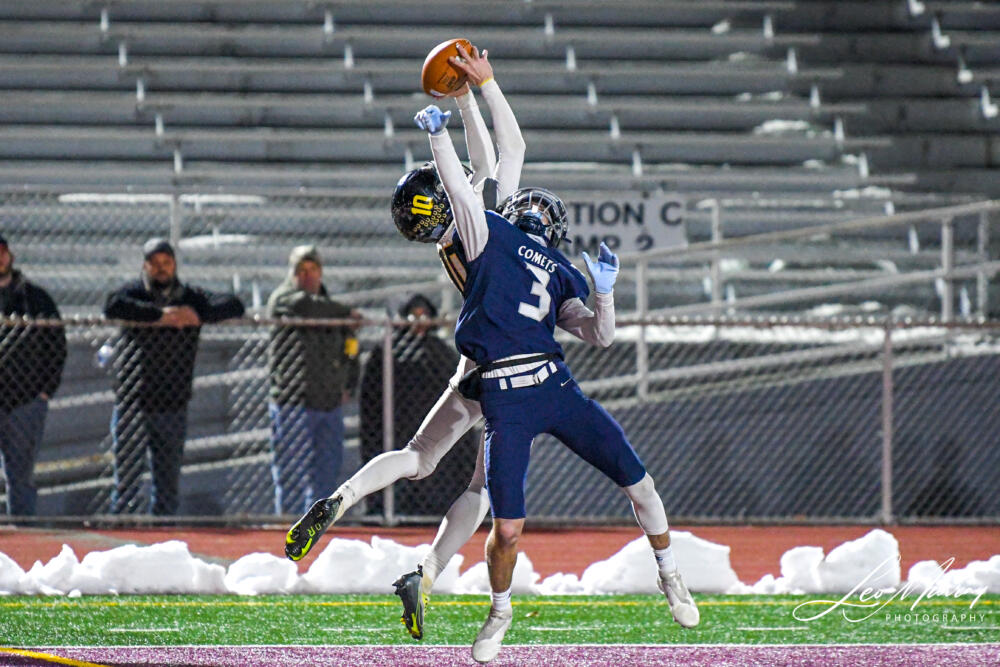 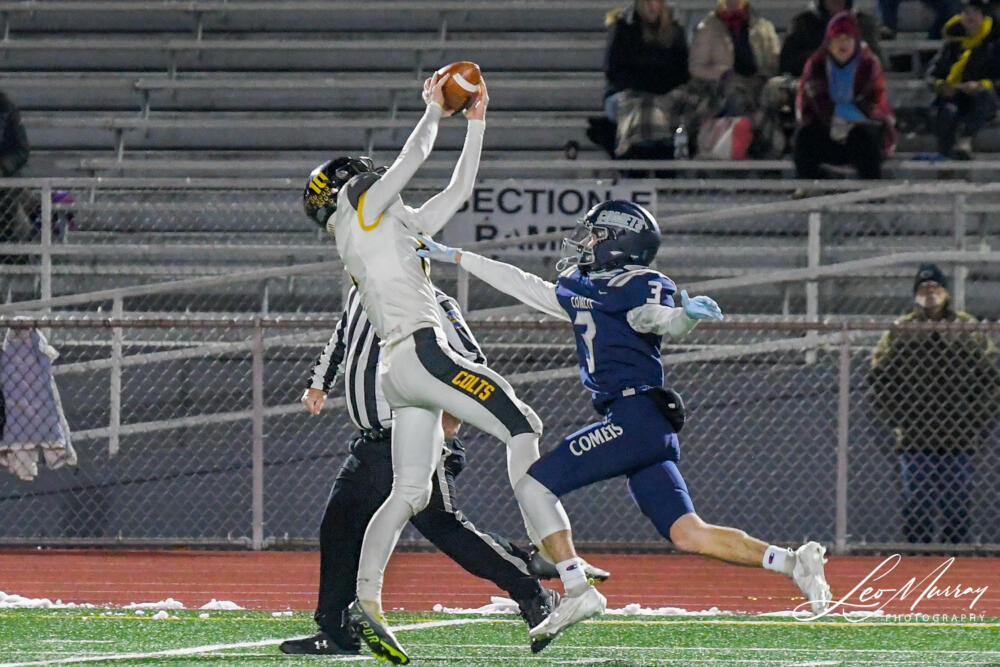 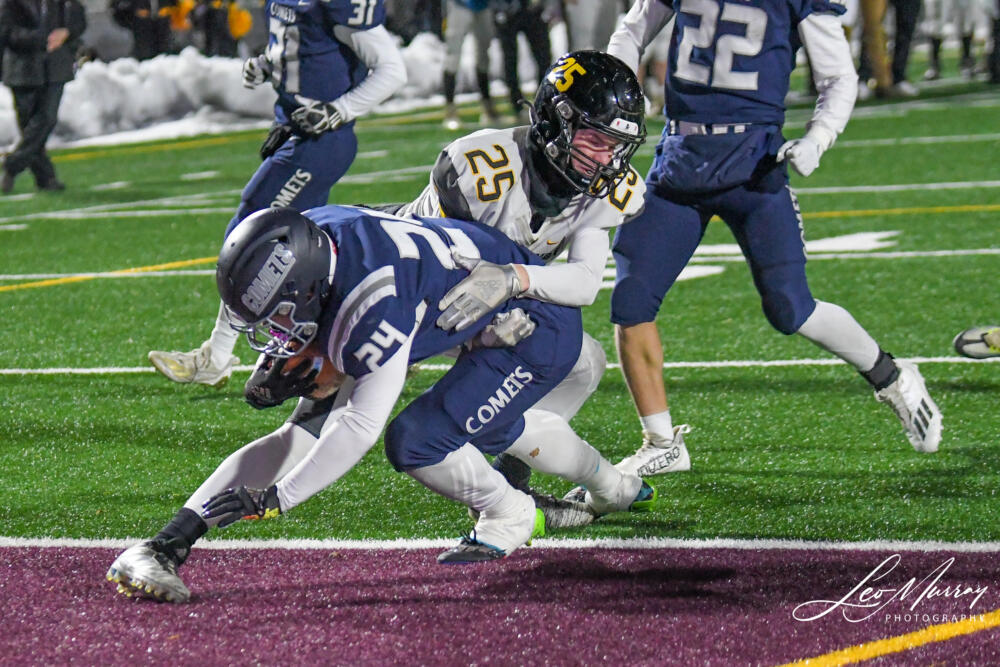 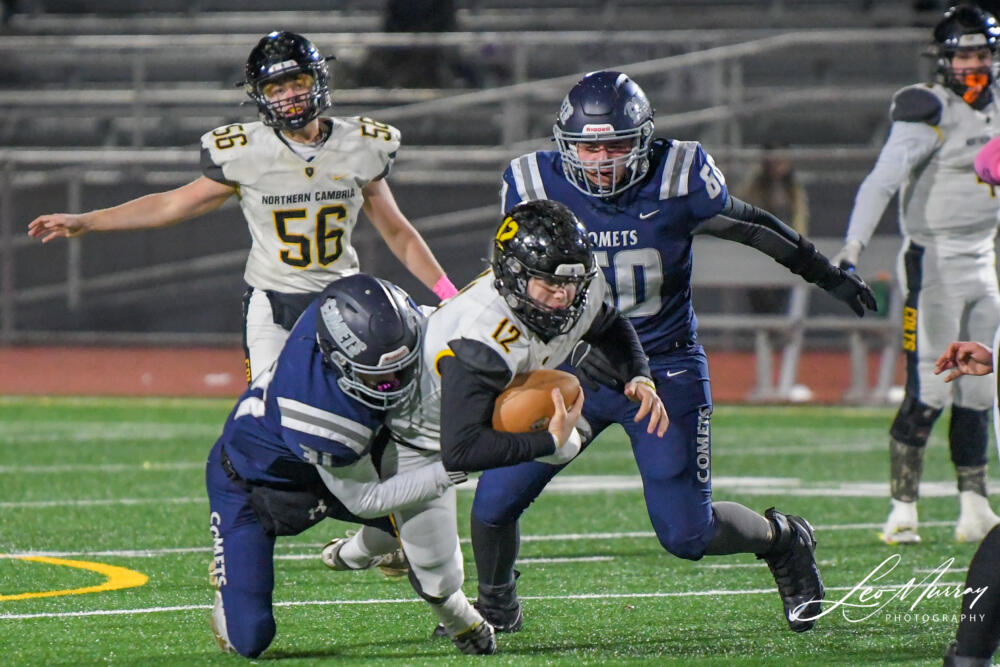 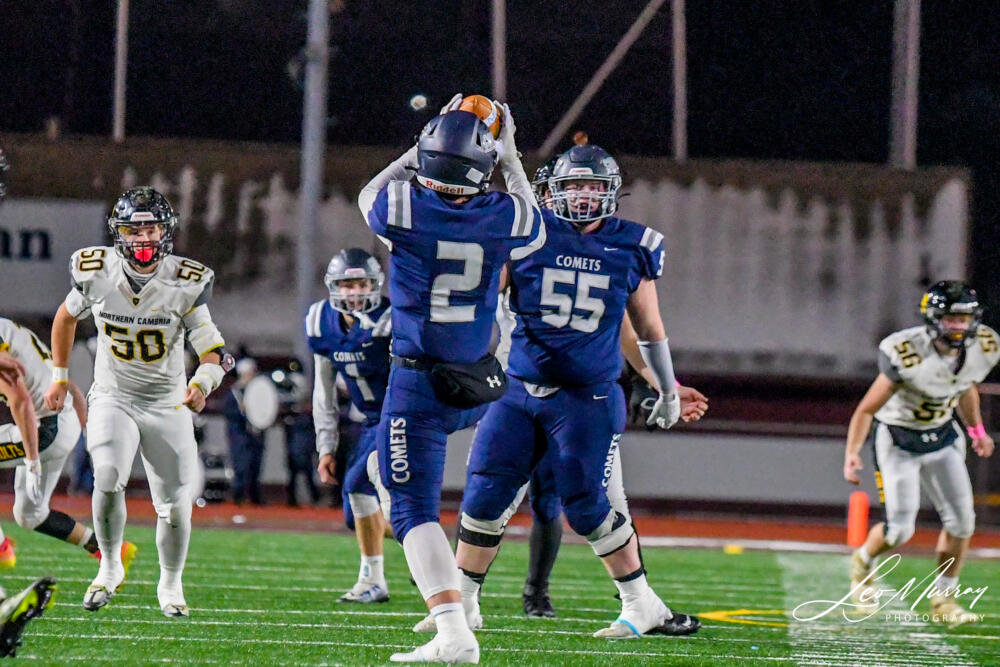 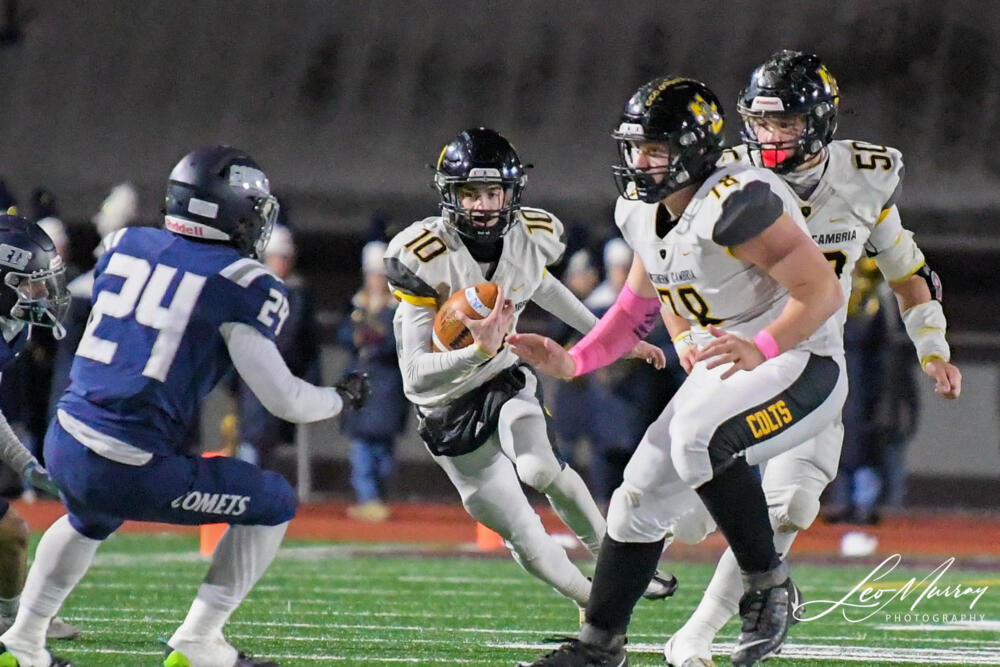 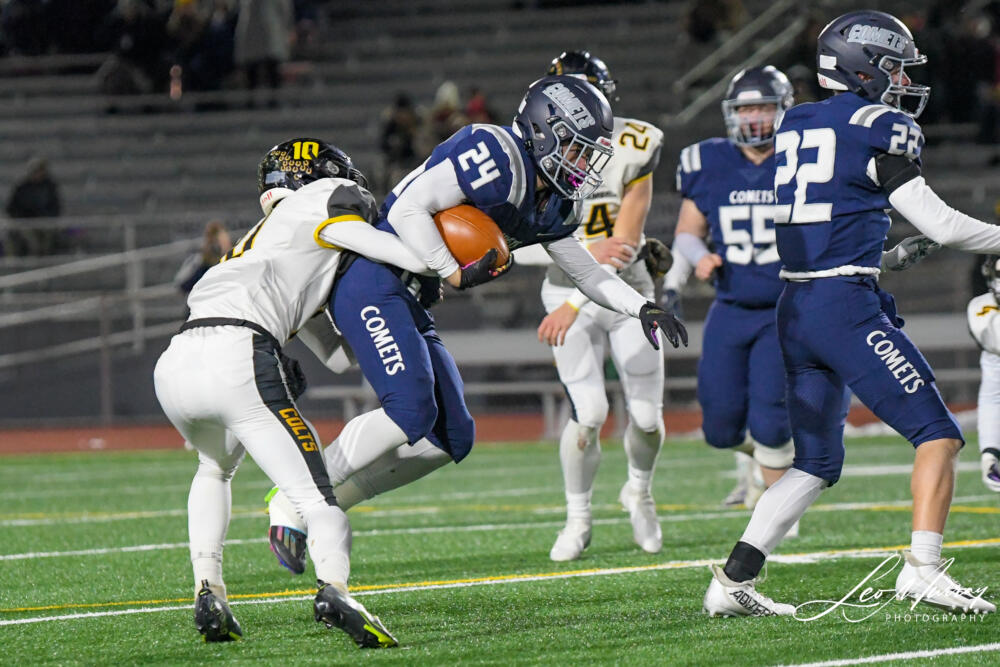 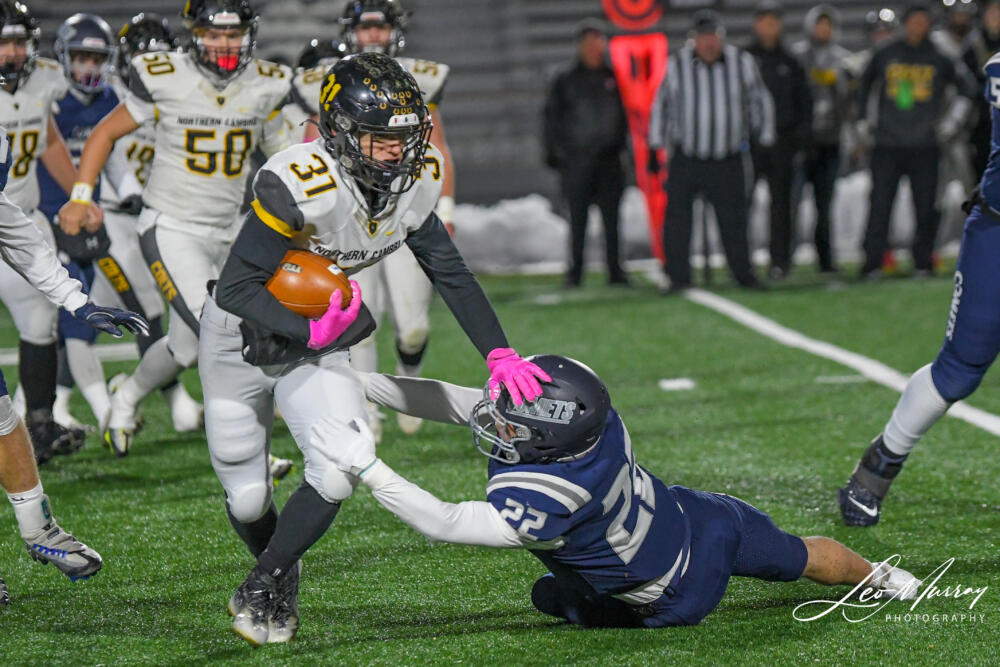 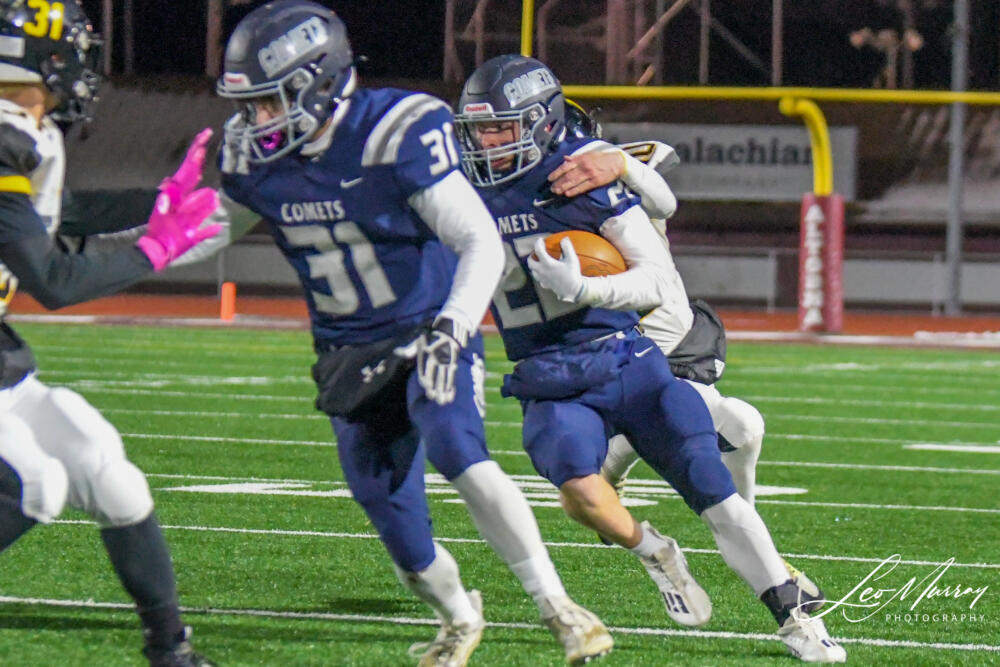 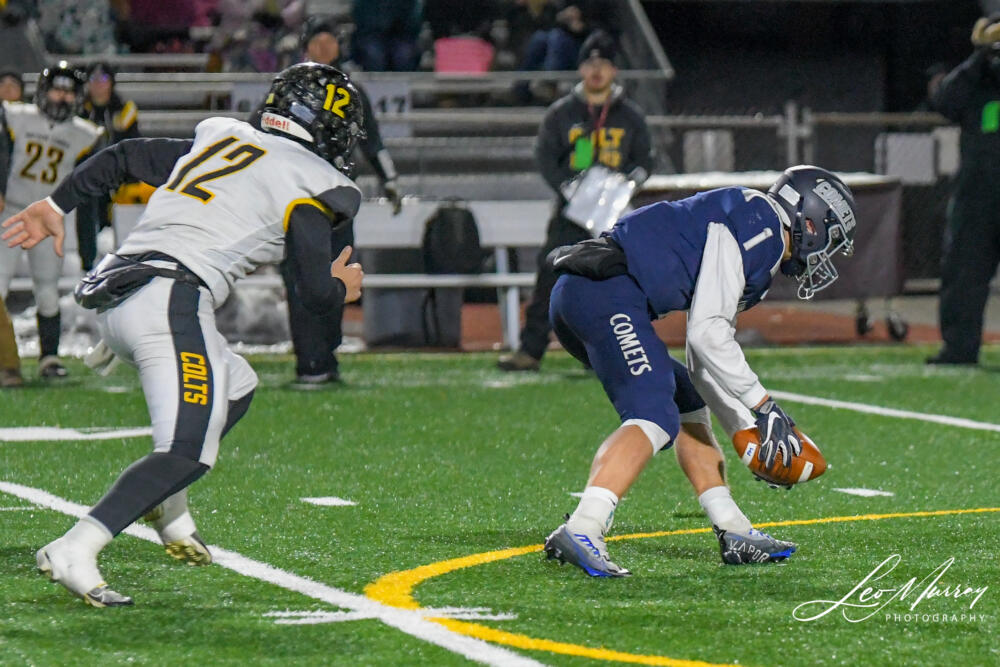 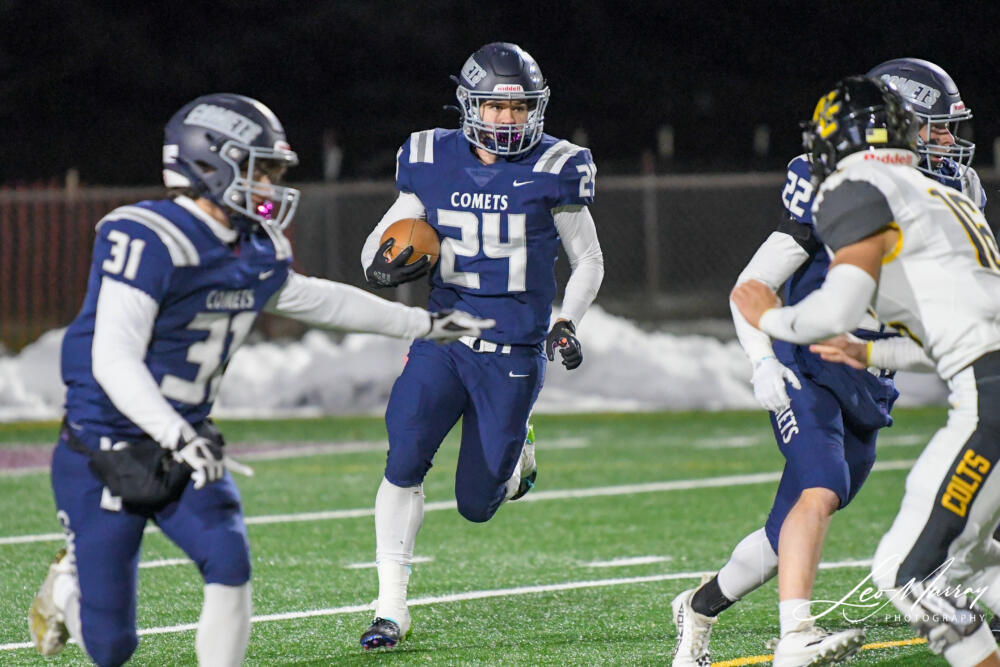 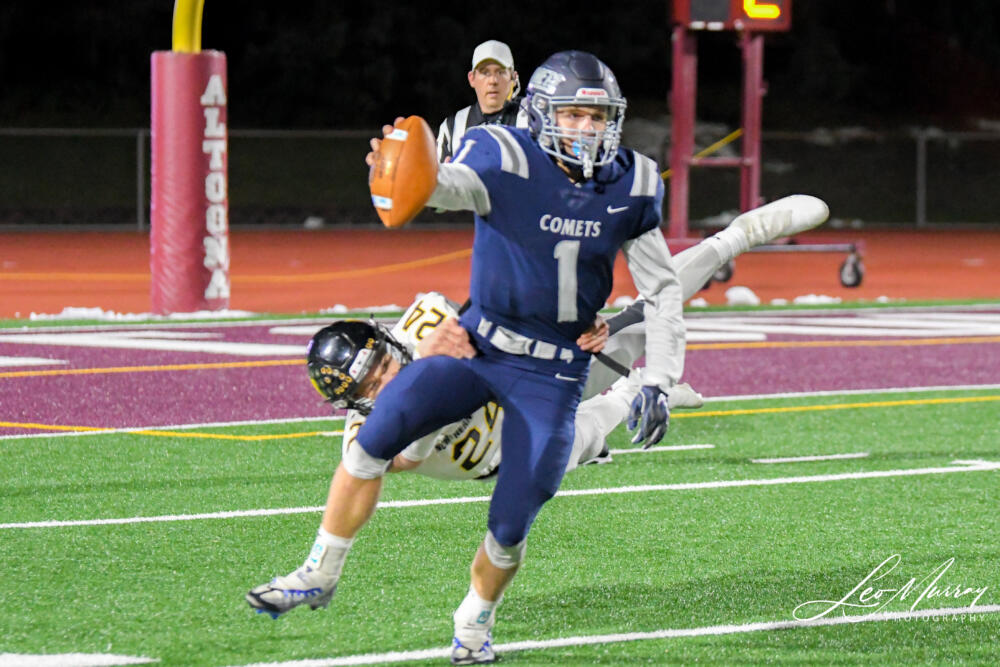 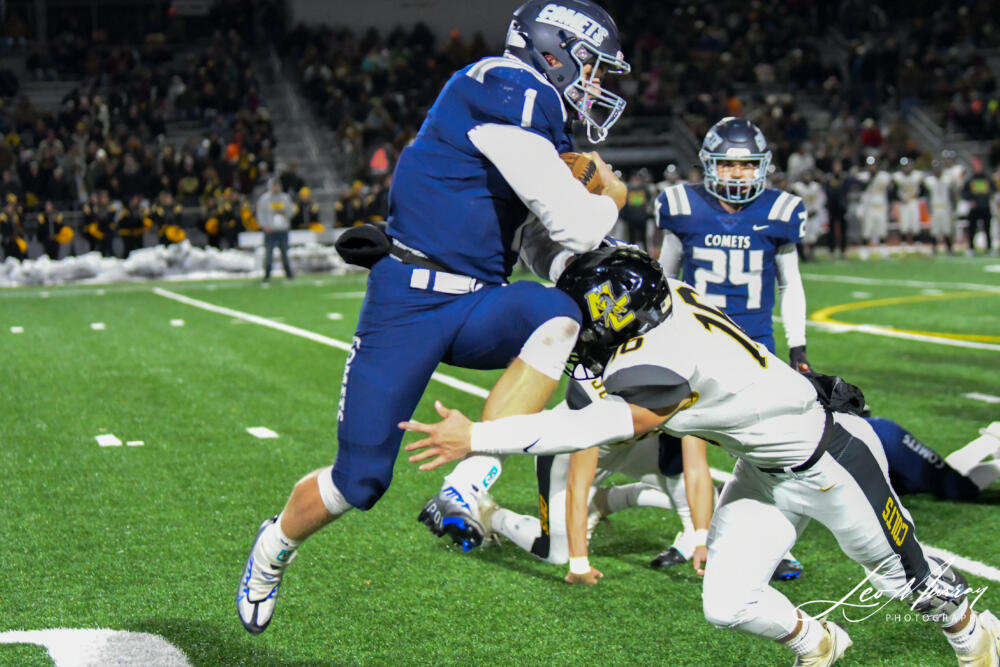 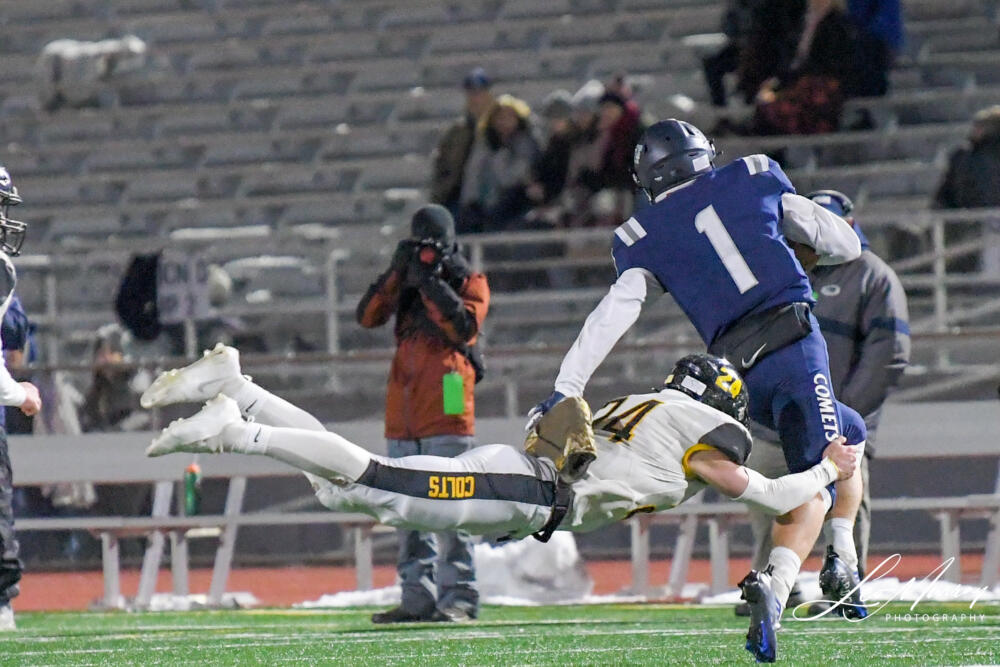