Tuesday afternoon Penns Valley Area High School athlete Stephen Ripka announced his commitment to Penn State football. Ripka a three-year player for the Rams and finished with 63 catches for 964 yards and 18 total touchdowns. On defense, Ripka finished with 46 total tackles and three interceptions. Ripka helped mount one of Penns Valley’s best seasons in 2019. The team finished with a 9-1 regular season record along with a Mountain League title. The Rams then took down Marion Center in the first round of playoffs and lost to Richland in the PIAA 2A District Six Semi-Finals. Below we asked Ripka why he chose Penn State and what kind of player they are getting in him. 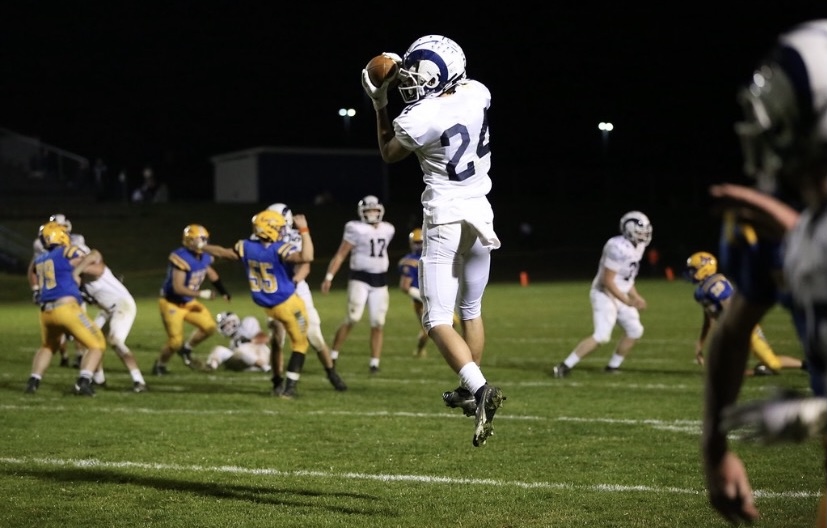 PFN: Why did you choose to commit to Penn State?

I chose to commit to PSU because of it being close to home, along with me being a lifelong fan of the program.

PFN: Who was your biggest influence at Penn State, who recruited you?

My biggest influence in recruiting at PSU was Dann Kabala, we had talked off and on since November about the possibility of making it happen.

PFN: What are they getting in a player like you?

They are getting someone who will work hard and come with a positive attitude towards every aspect of making the team better in whatever way possible.

It was a long process that left me very hopeful in many situations, very relieving to have the phone calls with the coaches up at PSU.

It definitely made the process hard for myself along with college teams, especially because of the year of eligibility being given back to players after this season. Made the numbers game very tricky.

Marketing and management, or finances and investing.

They played a big role in making sure I was understanding everything in the recruiting process. My dad was recruited for baseball in high school so his knowledge was very helpful along with my brothers.

PFN: What do you think is the most exciting thing about the Penn State program?

After being a fan and going to the home games since I was young, I think the most exciting thing is to be able to work with these high-level athletes and high-level coaches.

PFN: What are you most looking forward to while playing for the Lions?

I’m looking forward to making a difference wherever I’m needed. Also just excited to see where this road takes me.

PFN: Tell everyone out there in the Penn State football world something they’d never know about you until you told them:

I almost didn’t play football in my early years in high school because I thought I was too small.

I would say, my brother. With him already having experience in high school football he always helps me understand the little details about the game.

I would just like to thank everyone who helped me get to this point. It was a very long year with everything that was going on in the world so I’m just grateful to have all the wonderful people of the Penns Valley community supporting me in this journey.