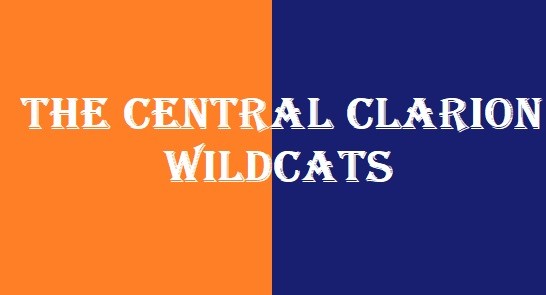 It’s not quite official yet, but Co Head Coach Larry Wiser says it’s basically a formality. When Clarion and Clarion-Limestone entered into their co-op, which includes North Clarion, they kept the Clarion name for one year while decisions were made official.  There were several mascot names thrown out like The Miners, The Bucks to go along with either Clarion Central, Central Clarion or even just Clarion. The students from all the districts as well as members of the community were given an opportunity to vote and they chose the Central Clarion Wildcats. Wiser says they are leaning towards the colors currently worn by Auburn University, orange and Navy.

Next Wednesday all three boards will confirm the decision with a vote, Wiser says it’s 99.9% a done deal. “We’re currently working on the look for the mascot, it’ll be something to do with the Civil War unit that was based in Jefferson and Clarion County named the Wildcats, the 105th infantry group that were instrumental in the battle at Gettysburg and several other battles. It’ wont be an animal thing, it’ll be something to do with that unit that is historically correct. Nicknamed the “Wildcat Regiment” in recognition of the unit’s large membership from the Wildcat Congressional District in Jefferson, the 105th Pennsylvania was also staffed by a large contingent of men from Clarion County. The 105th Pennsylvania Infantry was founded by Amor McKnight, a lawyer and resident of Brookville, Pennsylvania who became one of the state’s earliest responders to President Abraham Lincoln’s call for volunteers to defend Washington, D.C. following the fall of Fort Sumter to Confederate States Army troops in mid-April 1861.

Coach Wiser says he believes the community and students have bought into the merger with open arms. “And quite frankly, it makes sense. The kids have been really great about it. We had a huge number of freshmen sign up for football this year. It’s a great thing for the community.”

« Will WPIAL coaches decide on major changes, or will conferences remain classification based
Warrior Watch: Penn-Trafford players to look out for in 2020 and beyond! »