Last night I made A rare trip to Brunswick, Ohio to catch the semi-final playoff game between Chardon vs Tiffin Columbian. The Hilltoppers have put A running clock on all but one opponent and that was Mayfield (5-2). Last night when all was said and done last night turned out to be just another game as the Hilltoppers exploded to a 40-point win over A solid Columbian team.

Chardon would need just three plays to find pay dirt when James Pettyjohn blasted off like A rocket shot into space en route to A 69-yard touchdown run. Nathan Tager would show off A powerful leg to make this A 7-0 game, with only fifty-five seconds off of the clock.

Sophomore quarterback Logan Beaston would throw into tight coverage and he paid dearly for it when Matthew Mysyk easily picked off the pass. On the very next play, Drew Frtchik would throw A pick to the Tornadoes, Gunther Kissell. At this point, we appeared to have ourselves A defensive game. The Tornadoes offense would turn the ball right back over when Beaston put the ball on the ground and the Hilltoppers Gavin Slife pounced on it.

After getting the ball back the Hilltoppers called on Pettyjohn on the third play of the drive and he would respond with a tackle-breaking  Keith Byars like run that ended in the endzone. Tager made good on his P.A.T. to make this A 14-0 game, with 7:05 left in the quarter.

Beaston, who had almost time to throw the ball or even hand it off because the Hilltoppers defensive line, especially the ends were on him as quick as A cat would be sacked by Evan Gardner for A 3-yard loss, bring up A fourth and thirteen, with 6:27 left in the quarter.

Chardon would take advantage of a 13-yard punt to go up 21-0 when Drew Fetchik scored from 10-yards out. The drive totaled just three plays and went for 21-yards. The offensive line for the Hilltoppers was almost as dominating as their defensive line. Both units seemed to be two steps faster and much stronger than the lines they faced.

The Hilltoppers offensive was right back at it with Pete Kessler picking up 21-yards on A nice run. A muffed snap from center caused Fetchik to fumble to the ball resulting in A fumble that the Tornadoes Cyrus Burden recovered.  On the ensuing drive, Kesean Jackson would be tackled for a 2-yard loss by Myles Mendeszoon. Things got worse on the drive for the Tornadoes when Kessler tipped A pass that his teammate Cade McDevitt picked off, giving the Hilltoppers the ball.

The drive after the pick ended in A 33-yard field goal from Tager to make this A 24-0 game. Tager looked to have 40-45 yard range on his kicks as he booted each one true and far. The drive went for 15-yards and took 5-plays. Holding the potent offense to just three points on the short drive, at this point in the game could have been declared a tiny win for the defense.

The Tornadoes offense would give up two points when Braydon Roggow was called for intentional grounding in the endzone, with 10:34 left in the half. Roggow just A freshman was under immense pressure and had little choice but to throw the ball away. With the score now 26-0 and the Hilltoppers set to get the ball back I think most, if not every fan setting in the bleachers knew this one was over.

Sean Carr goes 5-11, 190 pounds but runs A lot like Sam Bam Cunningham, the 6-3, 226 pound former New England Patriots fullback would plow his way to A nice 16-yard run down to the Tornadoes 1-yard line. The drive hit A little snag that pushed the ball back to the 4-yard line but Pettyjohn would easily score from there making this A 33-0 game, with 2:46 left in the half.

The Hilltoppers offense was right back on the field after its defense easily put A stop to the Tornadoes offense. Fetchik would use his quick feet to pick up 21-yards to get the drive moving but he would cough the ball up A short time later and the Tornadoes Brody Conley made the recovery.

The ensuing drive would last for 8-plays and come to A close with Roggow throwing A 15-yard touchdown pass to Bryce Roggow. The point-after kick by Xavier Coppus was good to make this A 33-7 game. That would be all of the scoring the Tornadoes would get on this night.

The third quarter would see Carr carry most of the defense on his back as he chugged his way to A 15-yard run. On the eighth play of the drive, Fetchik would dive into the endzone on A nice 12-yard run, after the P.A.T the scoreboard read 40-7.

The final score came on A 68-yard run by Pettyjohn to make our final score 47-7. Pettyjohn would end his night with a little over 230-yards and four touchdowns.

The fourth quarter flew by with the running clock rule in effect but before things came to A close Gavin Sife would record another sack on Roggow. 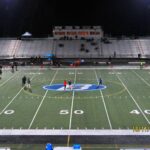 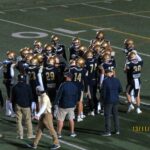 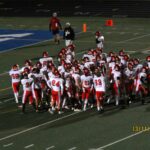 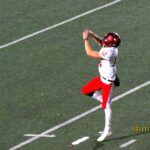 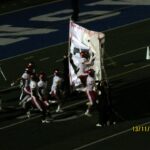 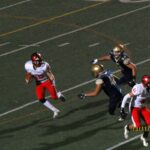 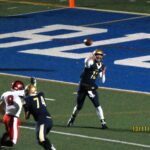 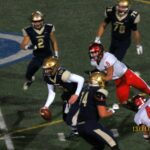 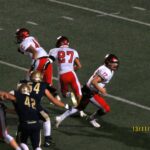 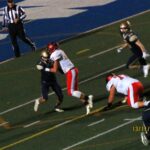 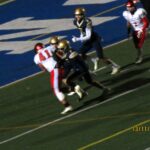 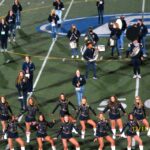 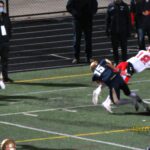 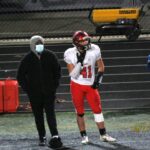 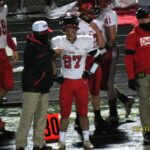