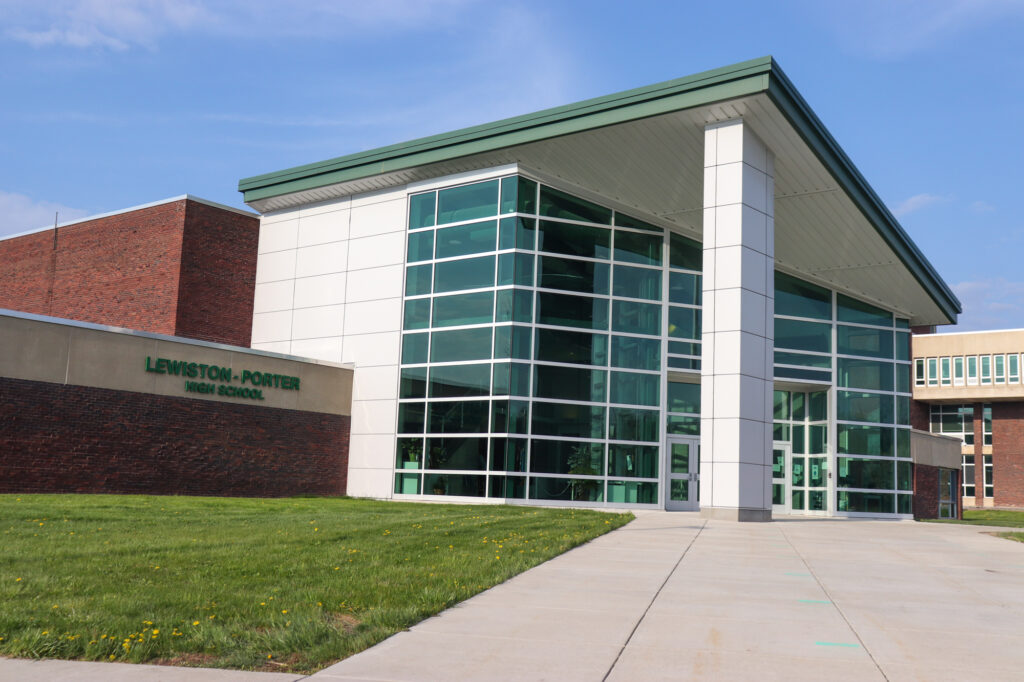 By the time the dust had settle this was one of those games the home team most likely wanted to forget, while the road warriors will remember this one for a long, long time.

The Cheifs defense went on the warpath just 1:55 seconds into the contest when Lancers quarterback Trent Reid dropped back to pass and was sacked by Evan Kingston, Wilson Justice, and # 71 (NOT ON THE ROSTER) for a 7-yard loss.

Robert Woods was back to punt for the Lancers at the 9:38 mark but he never got a chance to kick the ball due to a bad snap, that caused him to fall on the ball on his own 9-yard line. On the ensuing drive, the Chiefs would need 5-plays to light up the scoreboard, with Noah Kedge hauled in the pass from Trey Kleitz to give us a 6-0 game, with 7:56 left in the opening stanza.

Kleitz would connect with Ryan Current for a nice 14-yard gain, that set up a 30-yard touchdown pass to Tyler Barry. After

Blake Nola ran in the two-point conversion we had a 14-0 game, with 2:09 left on the first-quarter clock. At this point, the Lancers needed something, anything to go their way. They would survive the rest of the quarter without giving up any more points.

The break the Lancers needed came to form when Nolan put the ball on the ground and Dylan Empson pounced on it like a puma on a rabbit, with 11;15 left in the half. The Chiefs defense would get a nice stop on Frank Previte with Kedge doing the honors. The Lancers defense would make the next big play when Dylan Gworek stopped Nolan for a loss. Defense would remain the main the quarter with Nate McGoldrick making a pick and returning it for another Chiefs touchdown making this a 20-0 game with 6:13 showing on the clock. On the ensuing kickoff, Robert Woods field the ball on the 33-yard line make a quick move, and not stop until we had ourselves a 20-6 game. The point-after kick from Woods was blocked by Pete Gaglio.

The Chiefs offense would find themselves in a fourth and four predicament with 3:59 left in the half, their answer was a 51-yard touchdown by Tyler Barry, which was followed by a Kleitz to Nolan giving us a 28-6 score. On the ensuing drive, the Lancers looked to have a nice halfback pass from Spencer Reisman to Dylan Empson for a nice gain but Empson fumbled the ball, and the Chiefs #71 recovered it. The Lancers defense would get their own fumble recovery on the following Cheifs drive when Ryan Current put the ball on the ground and Jarod Rebon came up with it. The last big play of the half came when #71 and Kayden Larivey teamed up to sack Reid for an 11-yard loss. Reid had taken a beating during the half but he showed not quit and from my top row 50-yard line seat he seemed very composed.

The Chiefs offense would get a 19-yard run from Nolan, a 19-yard run from Kleitz, followed by another 19-yard run by Nolan but this time he coughed the ball up, and coming up with it was the Lancers. The ensuing drive resulted in a safety when Kayden Larivey stuffed the Lancers ball carrier in the endzone making this a 30-6 game, with 9:11 left in the third.

Kleitz to Kedge for a 30-yard touchdown was followed by a Blake Nolan 2-point conversion run to make the score 38-6, with 8:08 left on the clock. Parker Reisman had his number called for the Lancers but he only was able to pick up a yard due to a fine tackle from Kleitz. After getting the ball back the Cheifs got a 27-yard catch from Current that set up a 20-yard run from Nolan, who acted like Barry Sanders by reversing field with a nice move to get into the endzone. Kleitz still in the game converted another two-point conversion to make this a 46-6 game.

With 10:44 left in the game, Reid was intercepted by Tristan Degrace. Lighting struck fast for the Chiefs offense when

Kedge took in a pass then raced 89-yards followed by yet another two-point conversion run from Nolan to give us the score of 54-6. A muffed snap by the Lancers was recovered by the Chiefs Pete Gaglio with 9:15 left in the game. just nine seconds later Nolan found Trevor Morris for another touchdown. Kendall Mariacher on his PAT to make this a 61-6 game. The last score in this one came from Gage Schoewe on a 17-yard run, the PAT from Mariacher would make the final score 68-6. 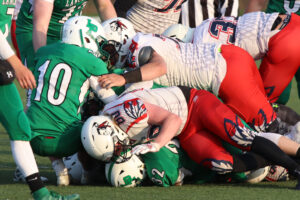 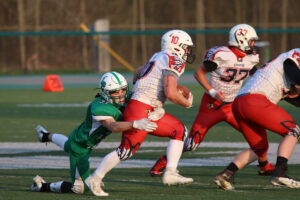 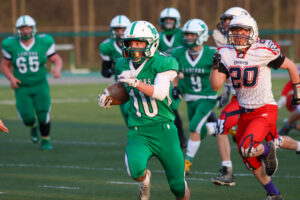 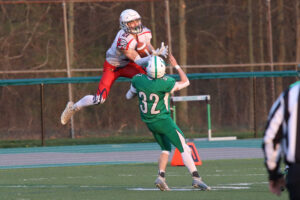 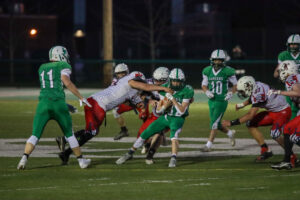 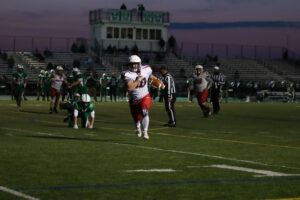 For more, and larger, photos from this game, click HERE. 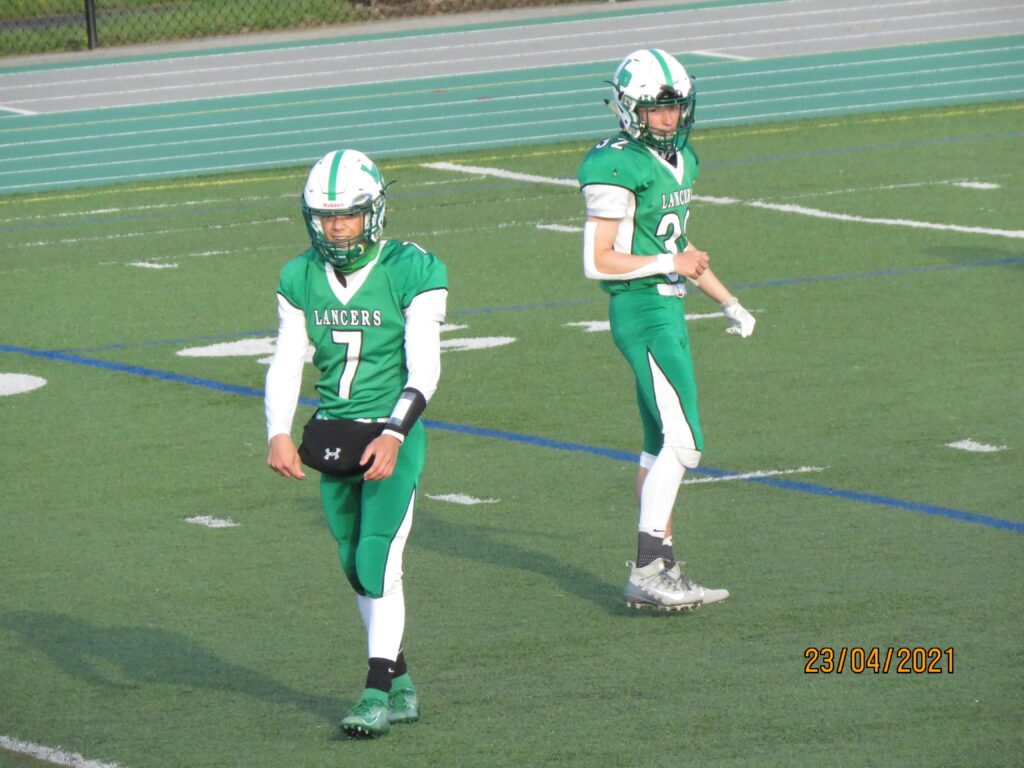 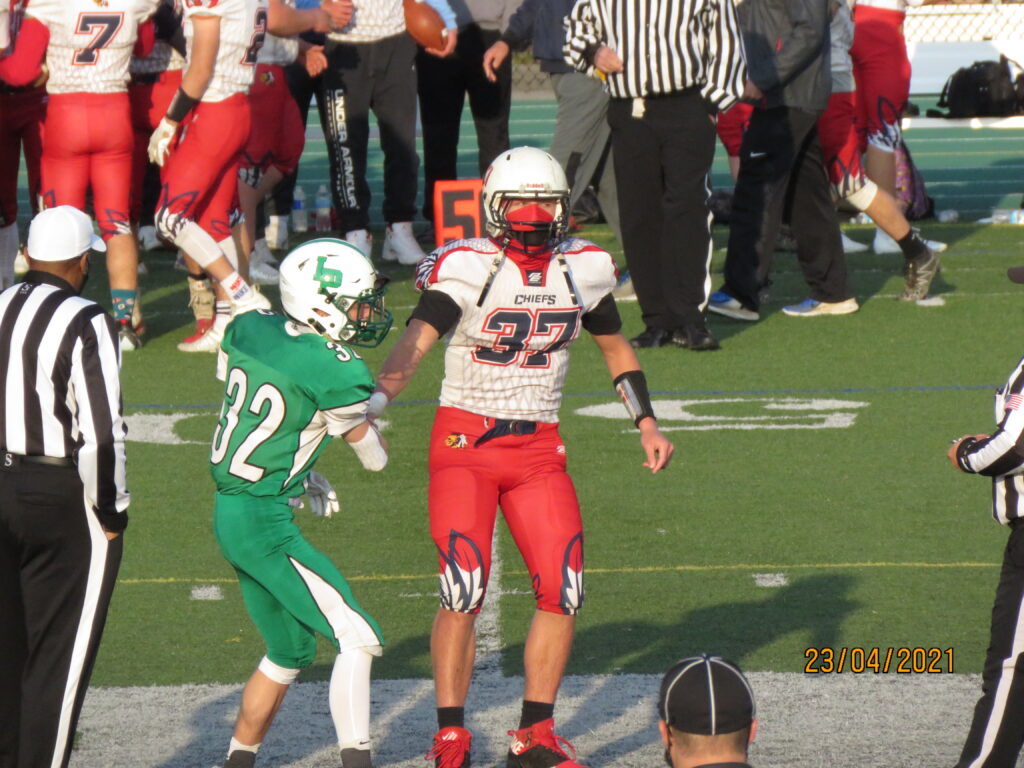 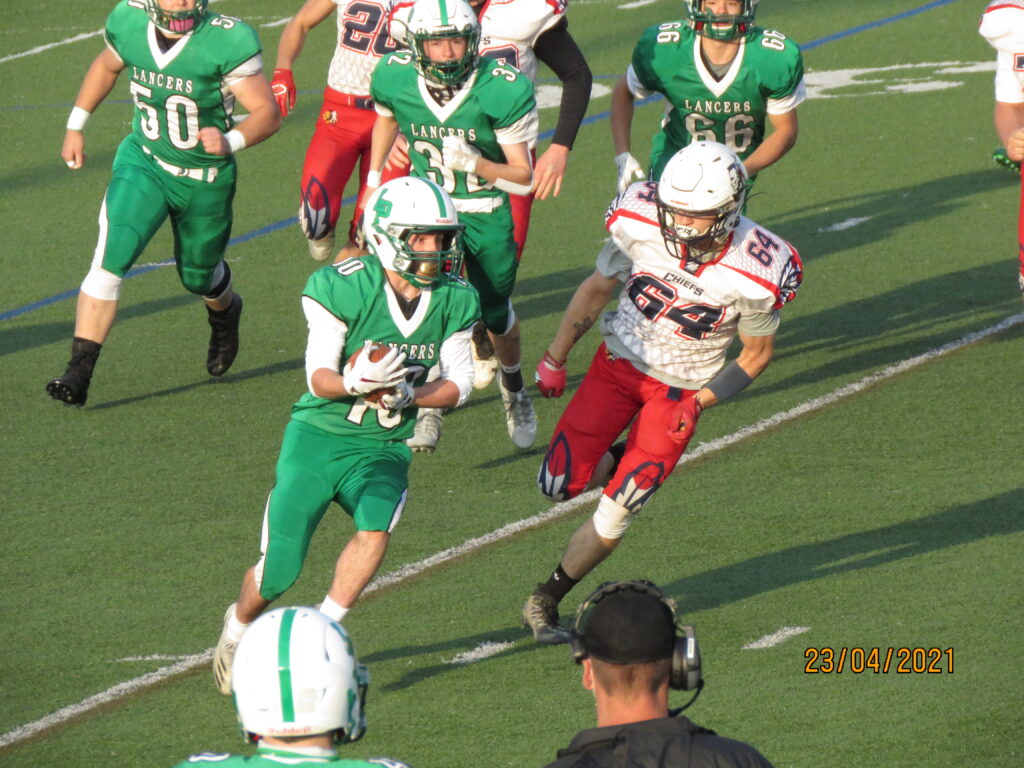 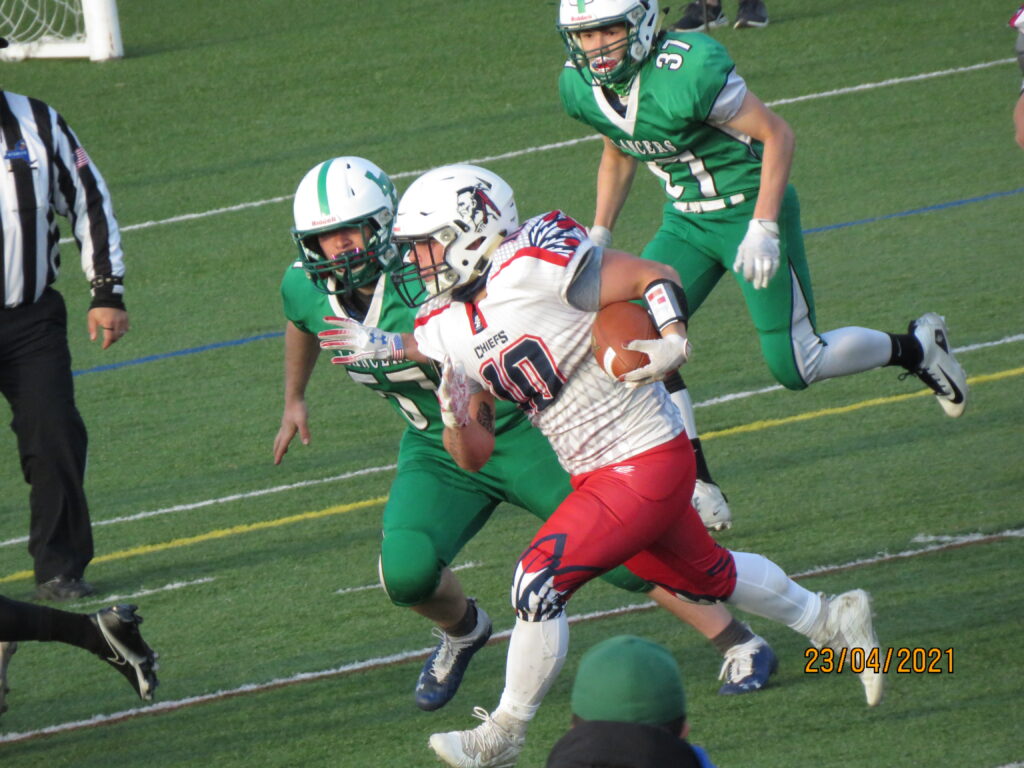 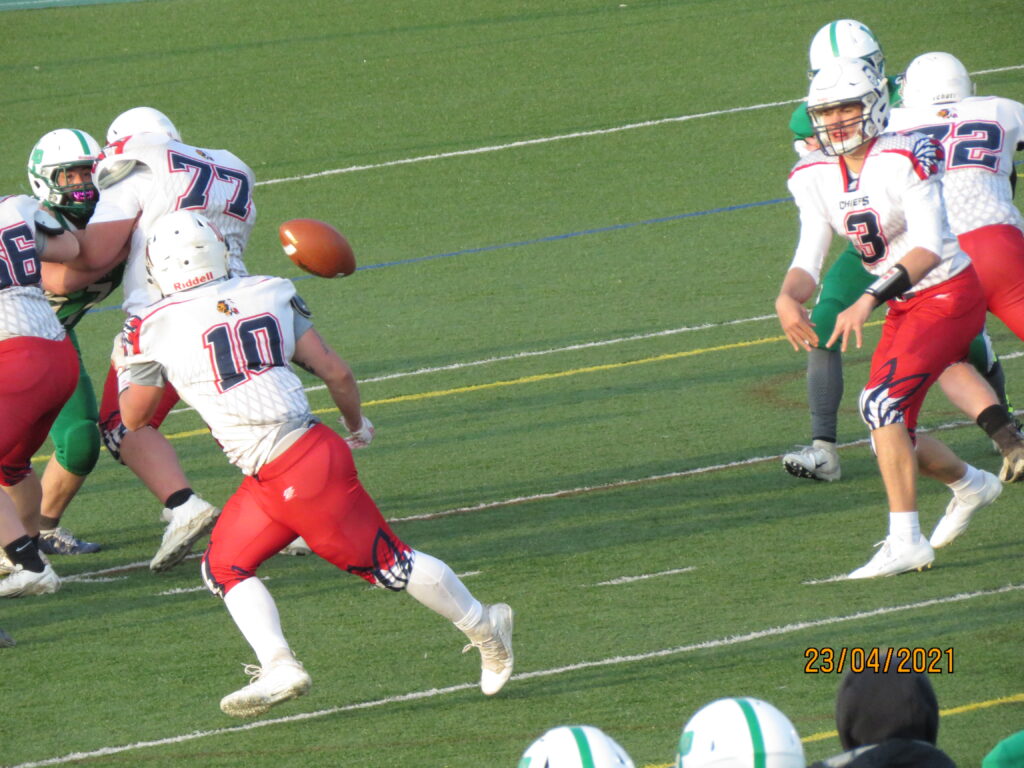 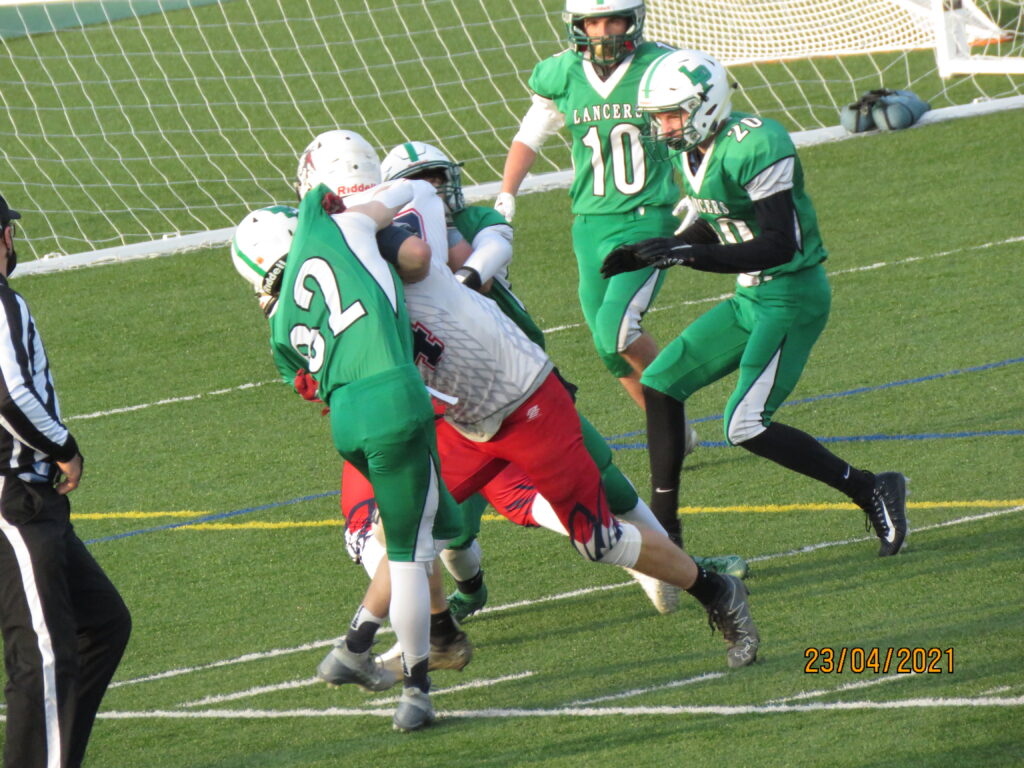 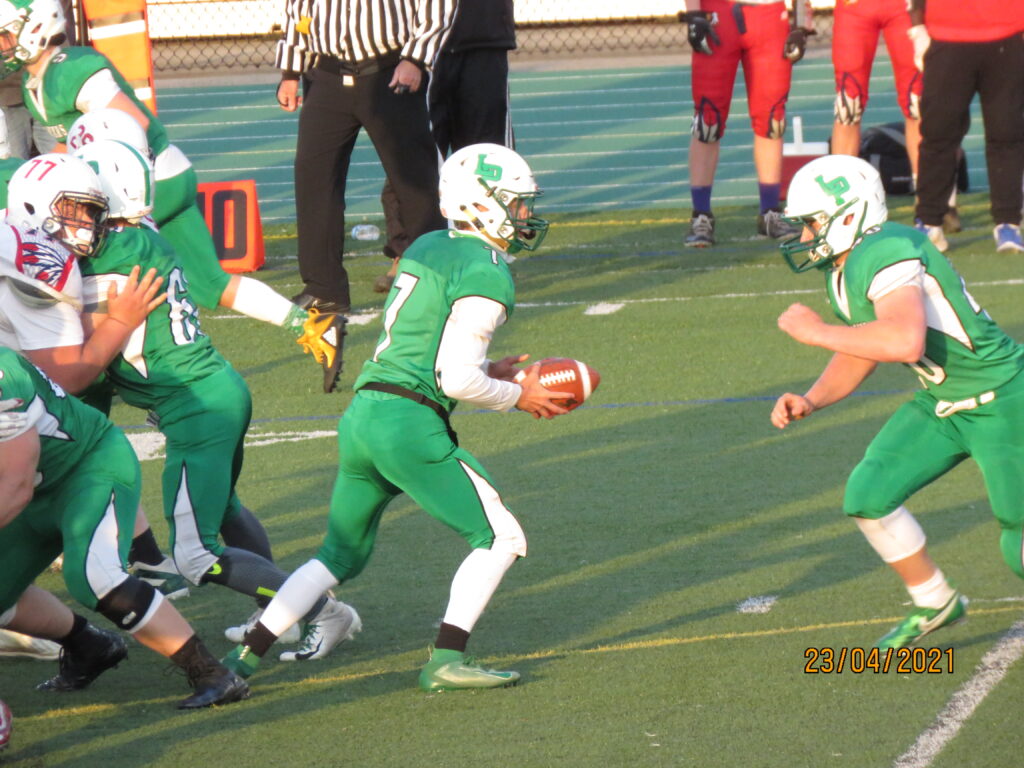 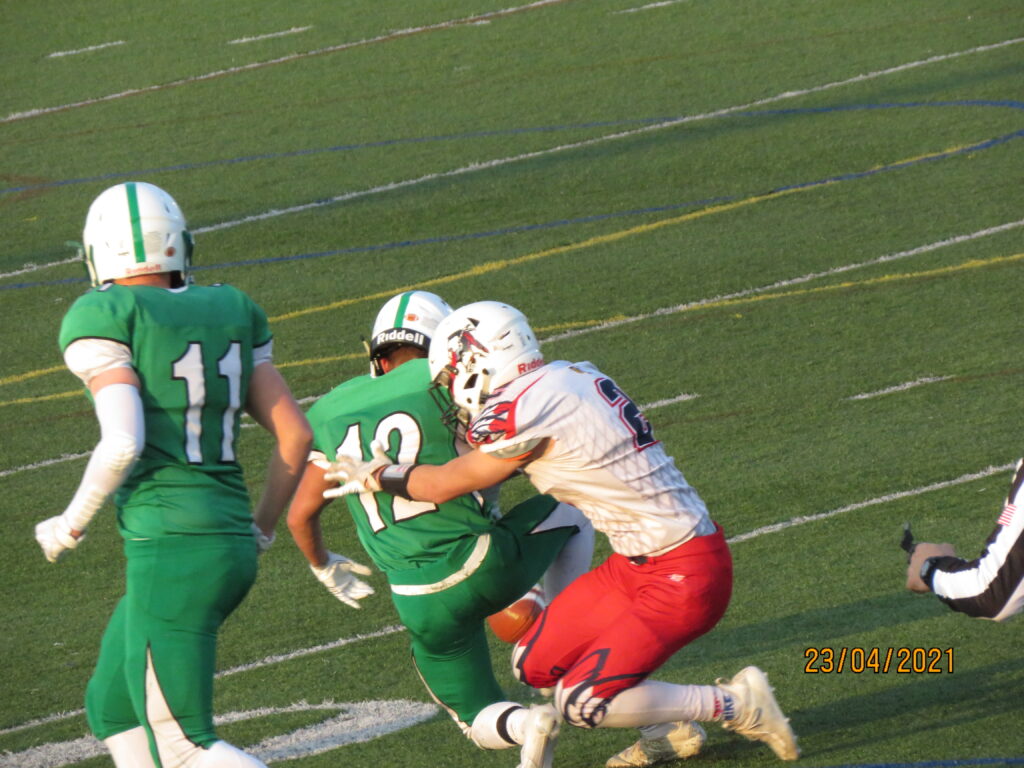 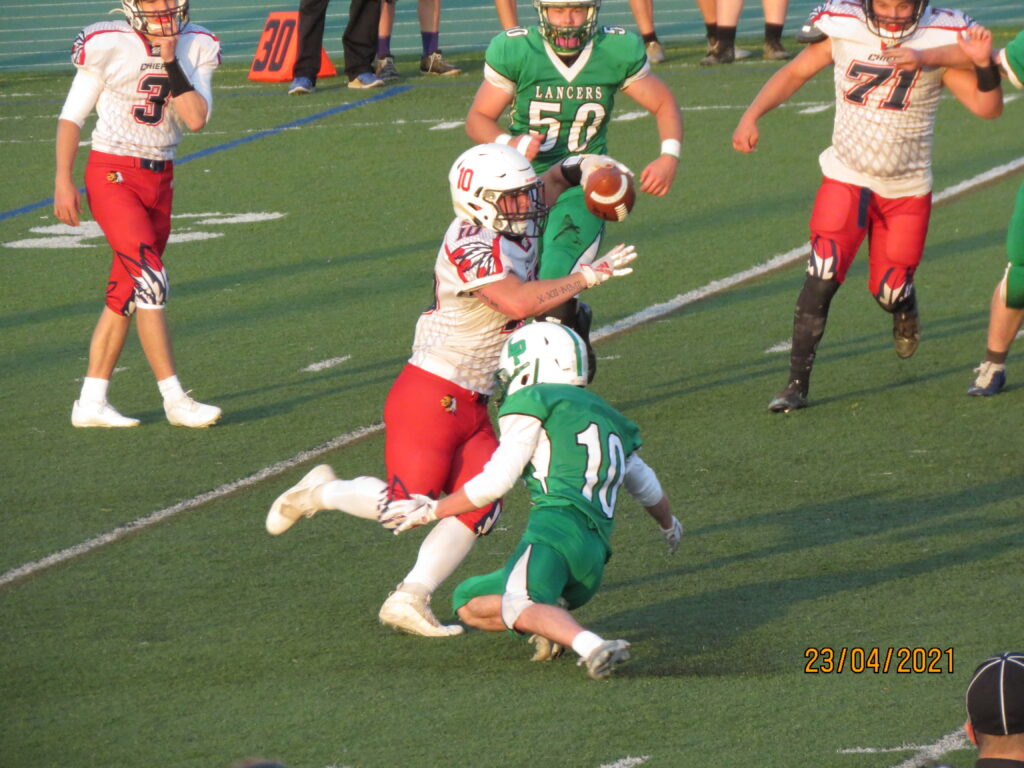 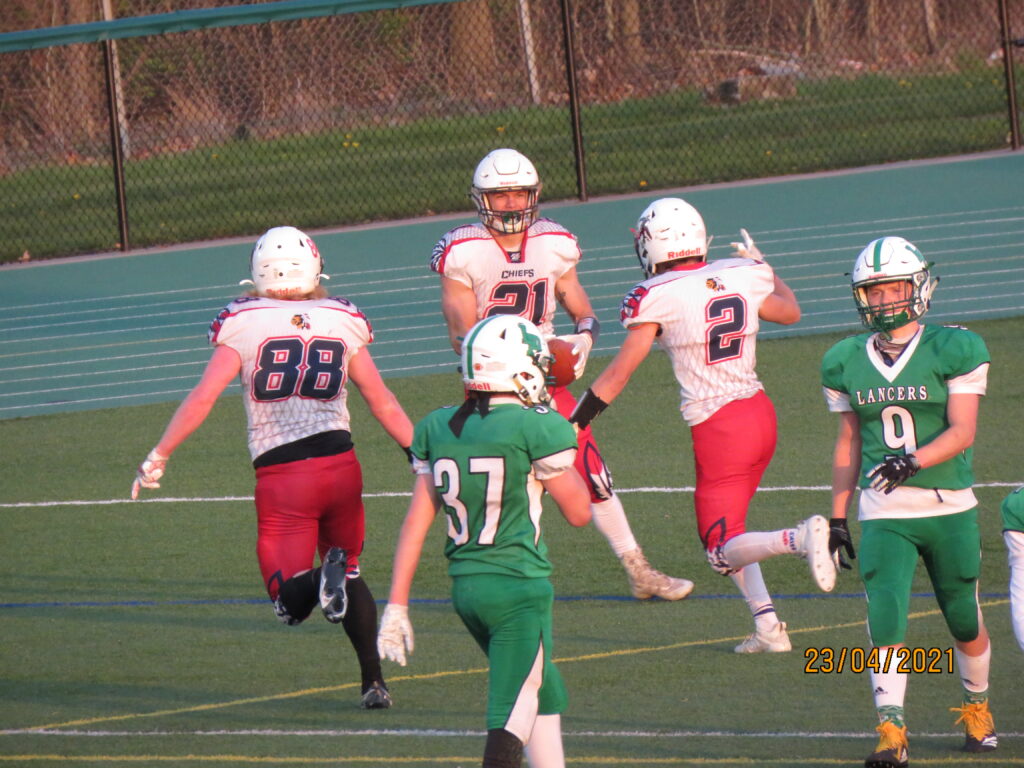 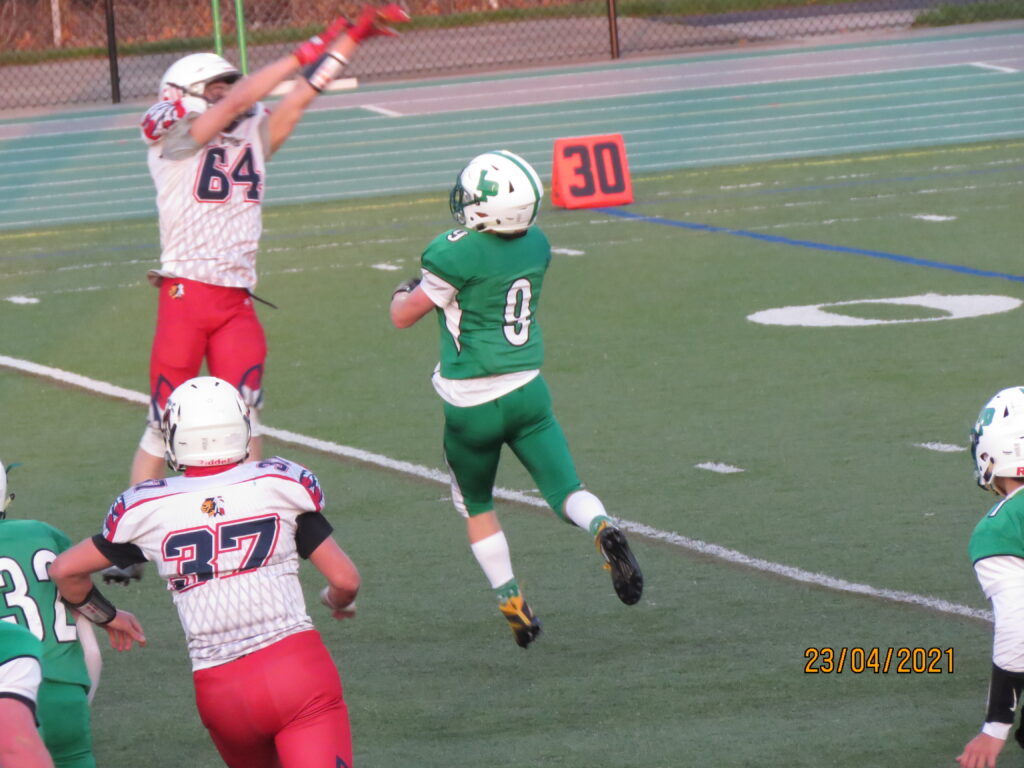 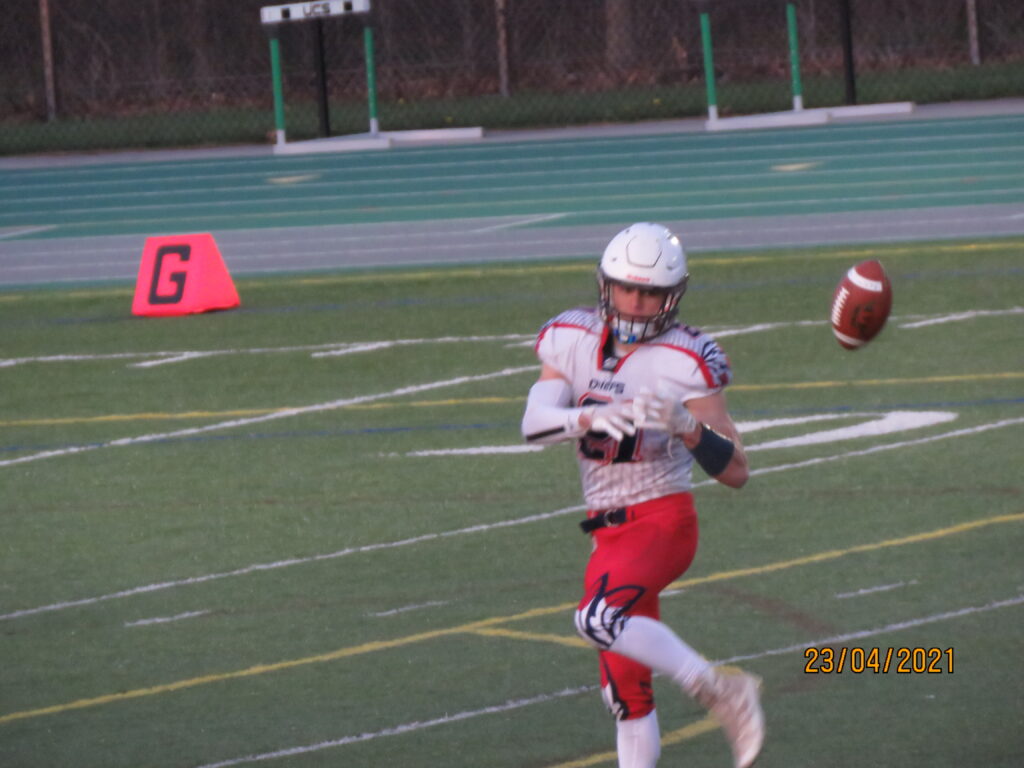 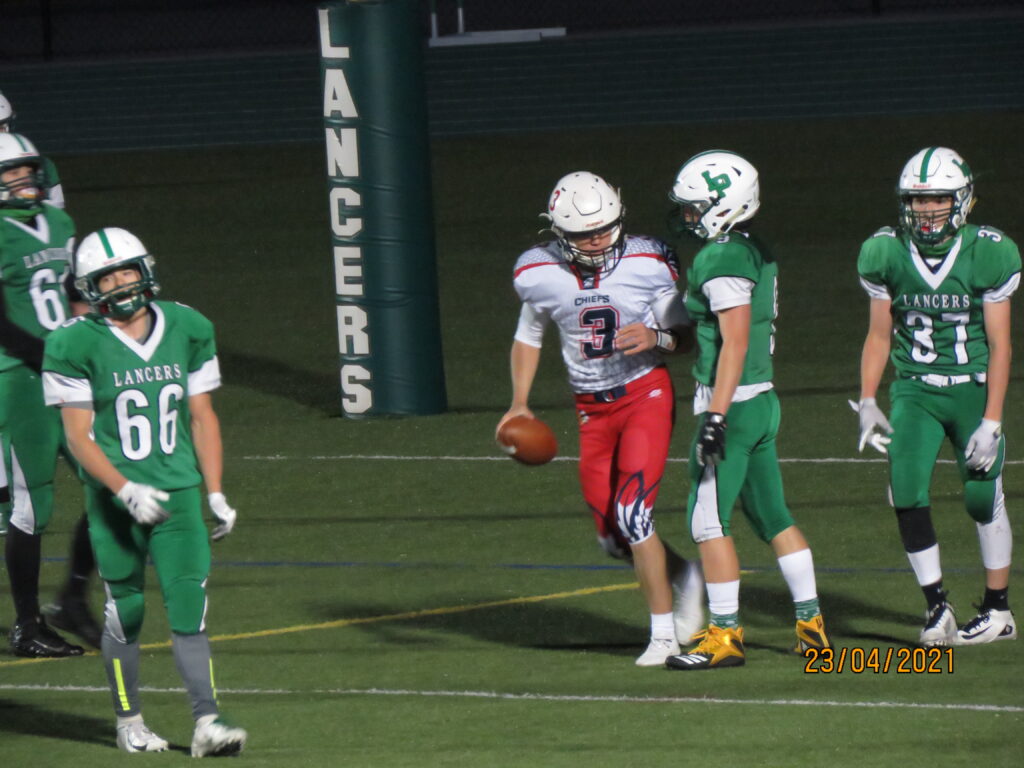 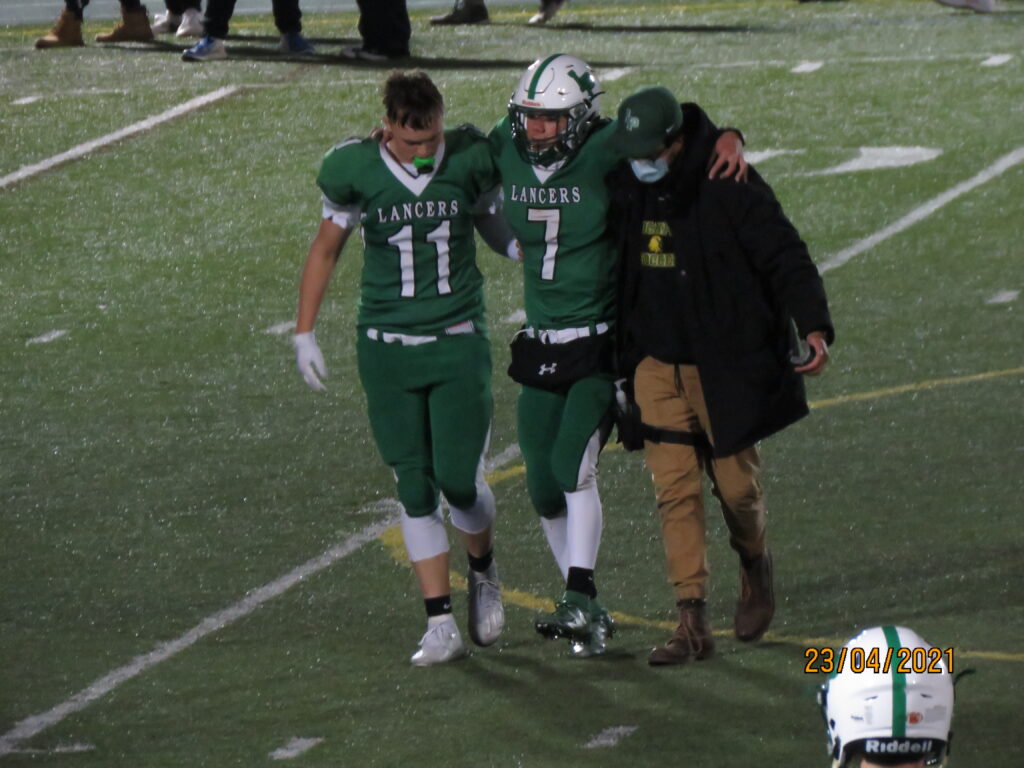 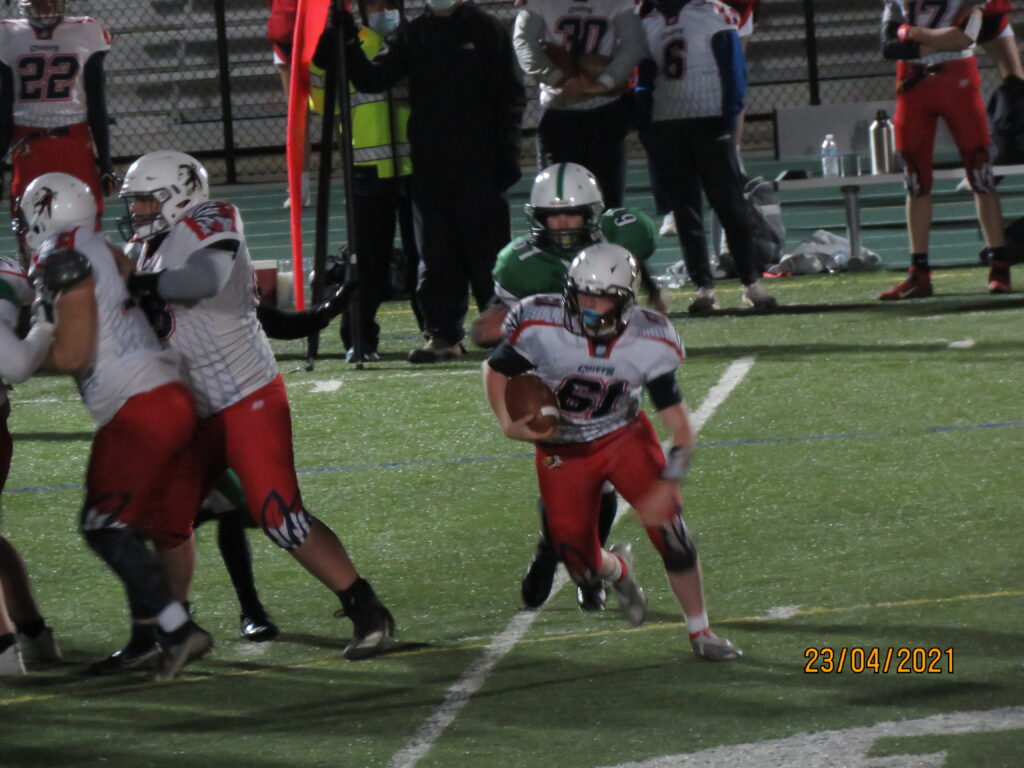 The rest of my pics can be found at the following link
https://www.facebook.com/media/set/?vanity=DavidLewisBurnworth&set=a.10222886688870175