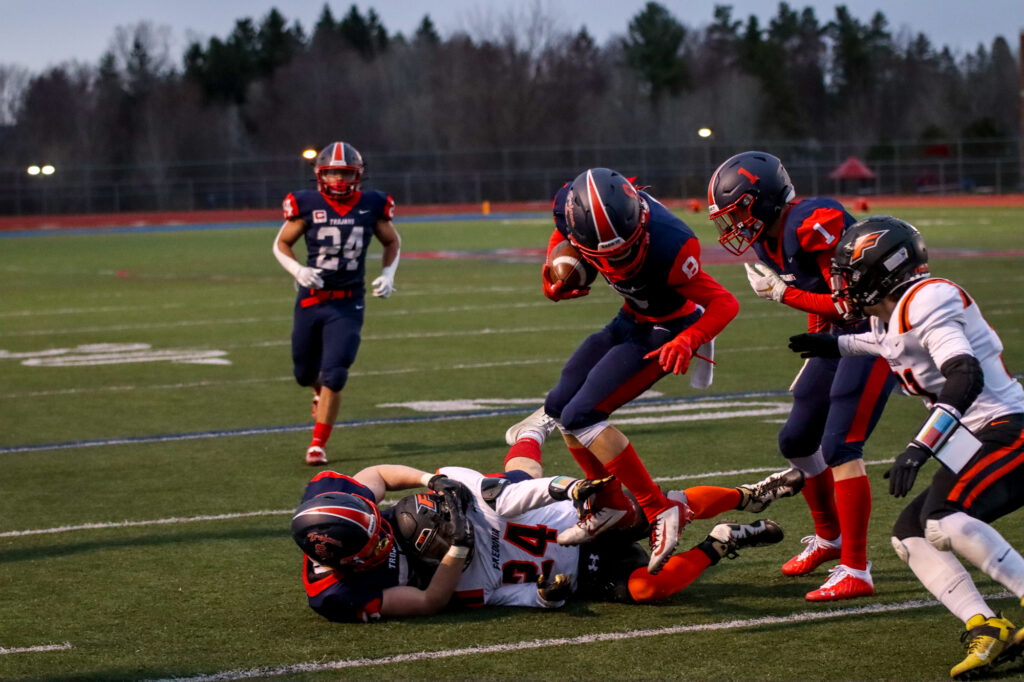 My Saturday night game took me to Charles A, Lawson Field the home of the Southwestern Trojans for a match-up with Fredonia Hillbillies. The Trojans would need to contain big Nick Whitfield, the Hillbillies very talented young quarterback if they hoped to win this game. For the Hillbillies, I believe they had to have a great first half to prove to themselves they could play with such a talented team. When all was said and done I believe the key to the Trojans win was largely due to the high-level play of their strong defensive line.

Whitfield would use his feet to go 16-yards for the games first score, on the run, he lowered his shoulder to easily plow through a would-be tackler. The P.A.T. was tipped causing the ball to come up short to keep this a 6-0 game, with 8:20 left in the opening quarter. The drive would last for 9-plays and total 56-yards.

Garrett Swan would take in a pass from Aidan Kennedy to pick up 14-yards. The drive was capped off with a 25-yard field goal from Neves Hoose out of the hold from Matt Pannes to make this a 6-3 game, with 3:17 left in the fast-moving opening quarter. The Trojans would get a 20-yard run from Zishan Munir before the quarter ended.

Nate Card would pick up another Trojan first down with a 20-yard run when his team faced a third and short. Kennedy would have all day to throw the ball and when he spotted Swan opened the result was a 14-yard touchdown. After the P.A.T. was good by Hoose the Trojans had a 10-6 lead.

Whitfield would seldom have time to set his feet, scan the field to find a target would be sacked by Drew Wigren for a loss of six yards, with 6:18 left in the half. Whitfield would try to avoid a rush but never seemed to get his feet set which seem to cause the ball to float a little and that led to a pick by Nate Johnson. Johnson took the ball back to the Hillbillies two-yard line with a flag on the play allowing the ball to be moved to the one. From there Kennedy eased in to make this a 17-6 game.

Fredonia would get a powerful run from Matt Lotter that total 10-yards but that was all the drive really delivered as the Trojans defense would again shut things down. The final score of the half came on a Kennedy to Johnson pass for 67-yards to make this a 23-6 game at the half.

The Trojans would get a 13-yard run from Zishan Munir to get things started early in the third. From there Kenndy hit

Pannes for 16-yards then to cap the drive off Kennedy found Johnson for a 13-yard touchdown to give us a 31-6 game. The Hillbillies defense would get the last big play of the quarter with Jake Thompson getting a pick. All in all the game was all but over but to the Hillbillies credit, they never appeared to quit, and to this dumb fan that shows so much. A lesser-coached team would have had their heads hung low and watched as the Trojans put up a few more scores in the final frame, but thanks to the above that never happened.

With 11:16 left in the game, Whitfield was able to connect with Lotter for a game of nearly 20-yards. With the offensive line holding its own Whitefield was able to find Dom Gullo for a 16-yard score to make this a 31-12 game.

Munir would be tackled by Dave Ball and Joe Gullo after he made a catch with 7:17 remaining in the contest. The Trojans defense came up with the games last big play and that came when Whitefield was hit and coughed the ball up with Nate Johnson recovering it. 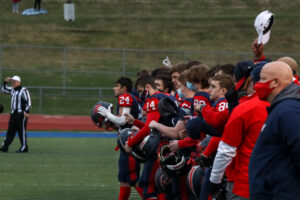 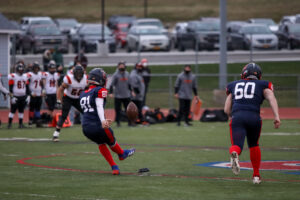 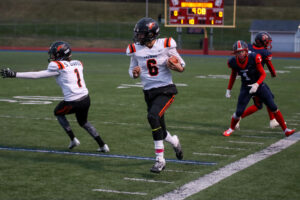 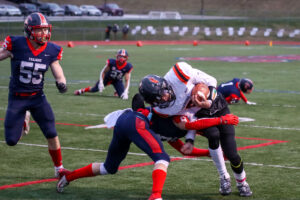 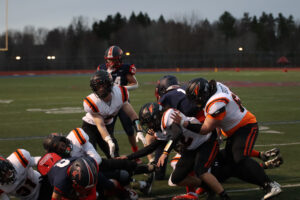 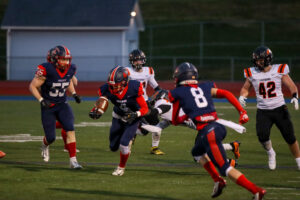 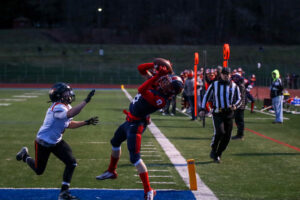 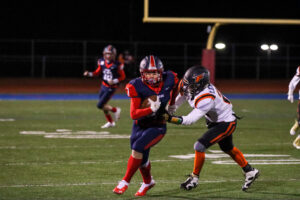 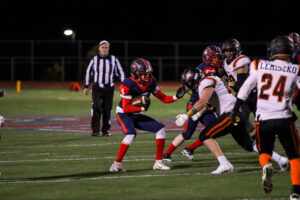 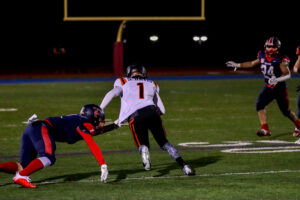 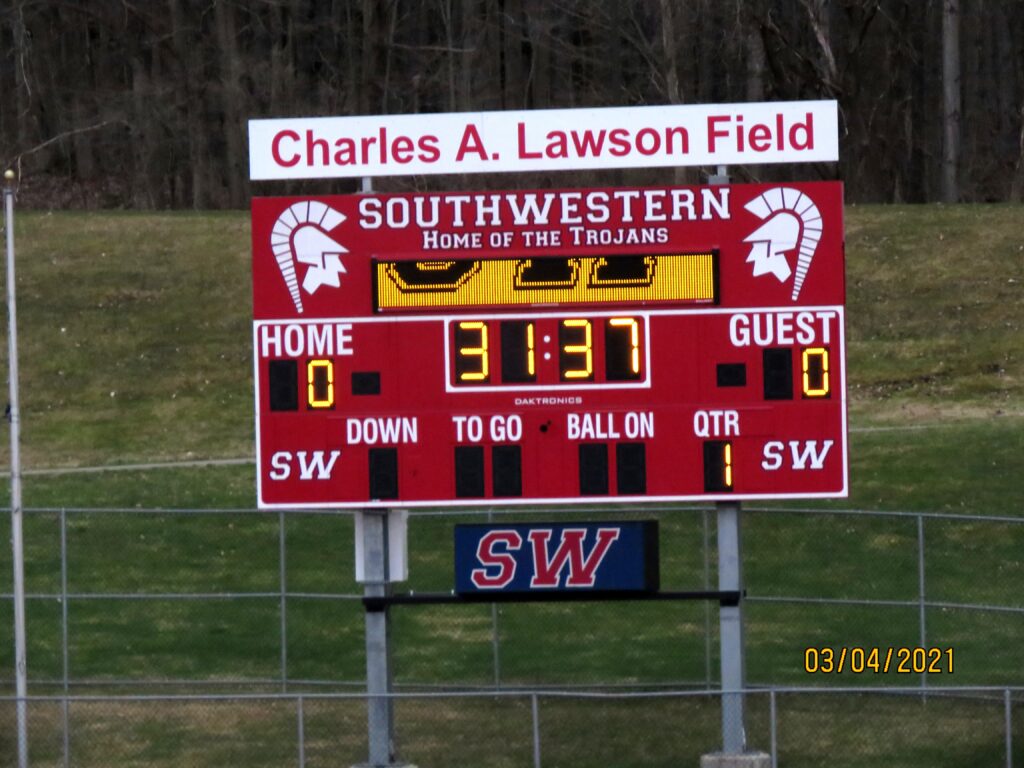 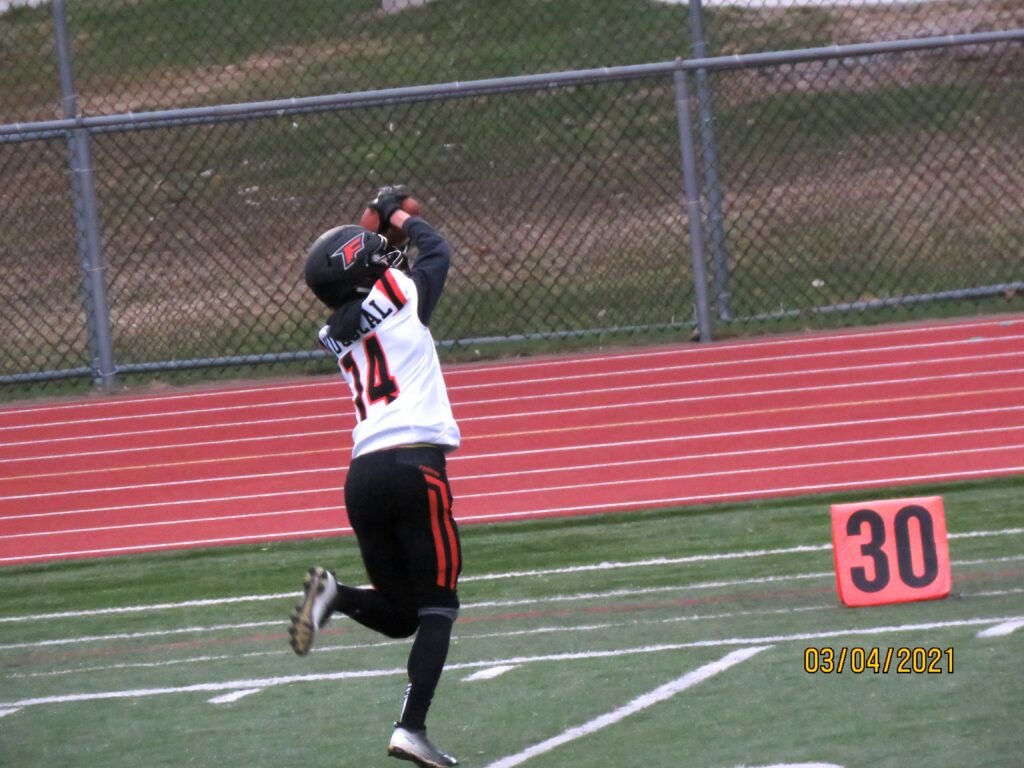 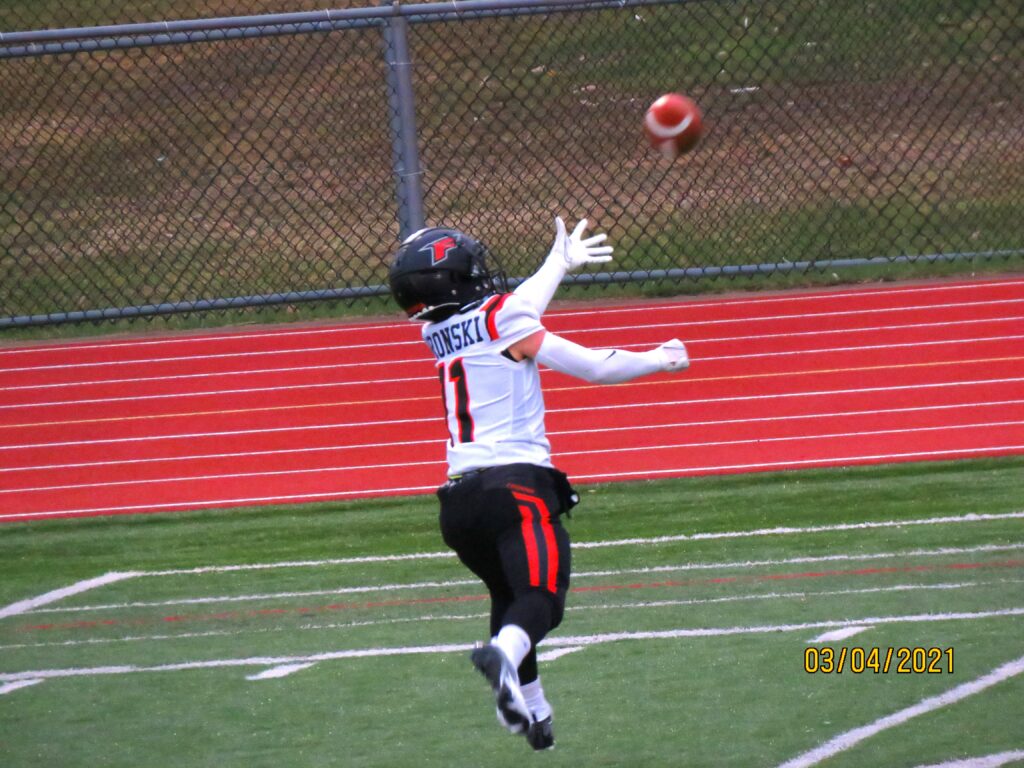 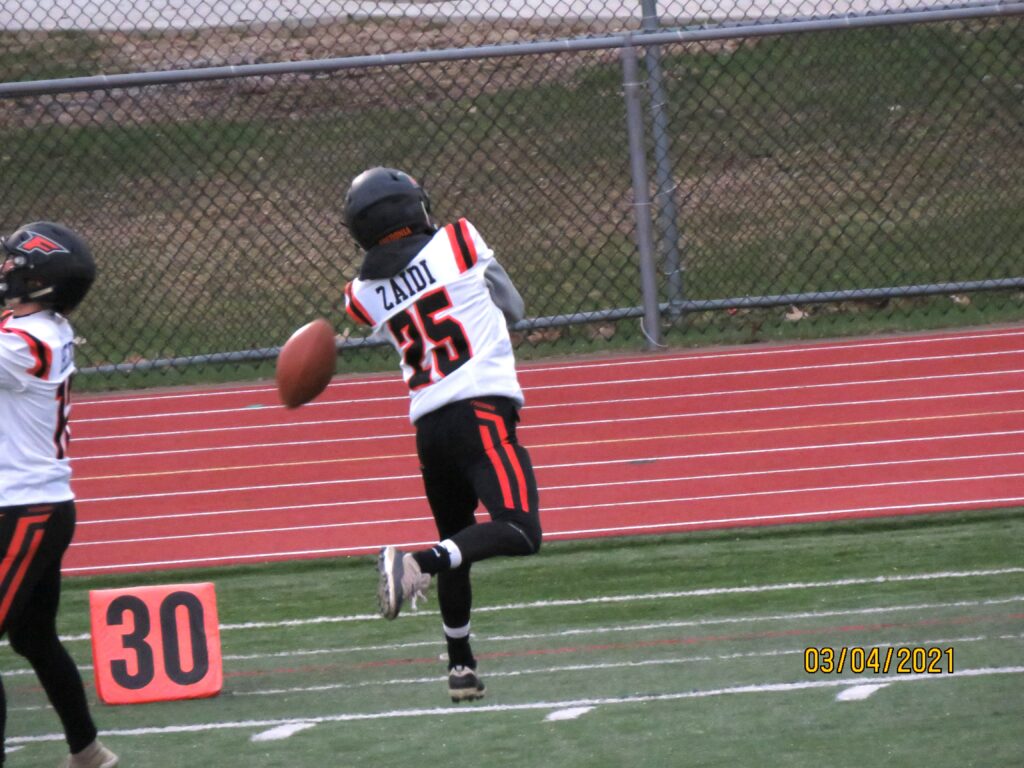 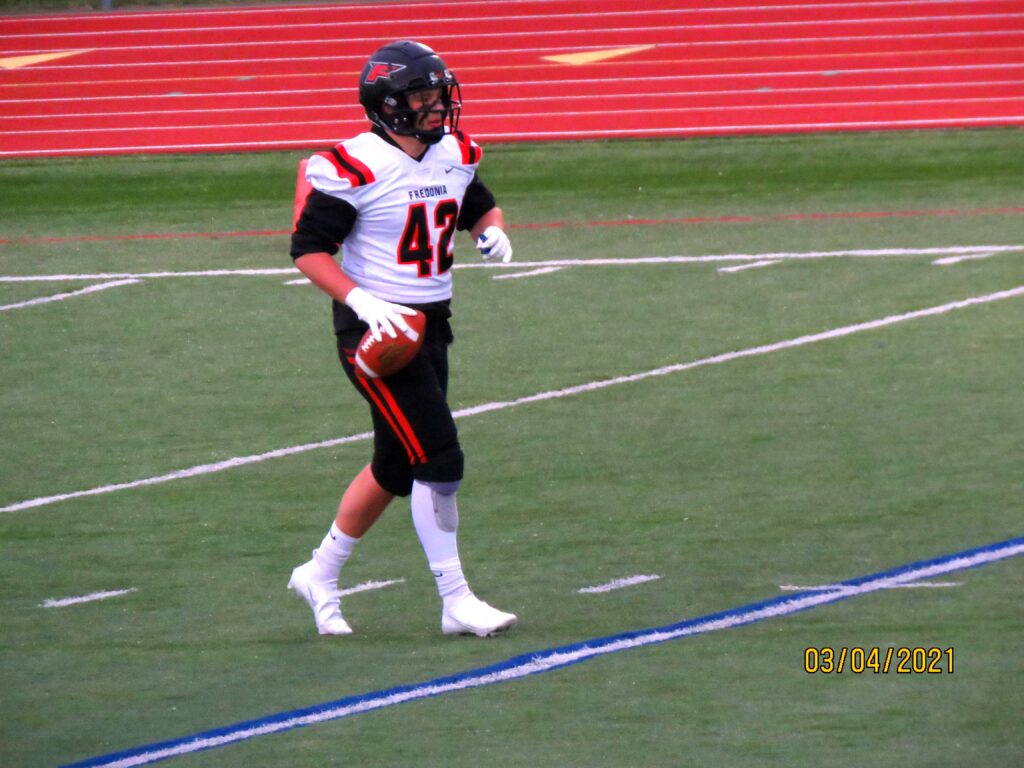 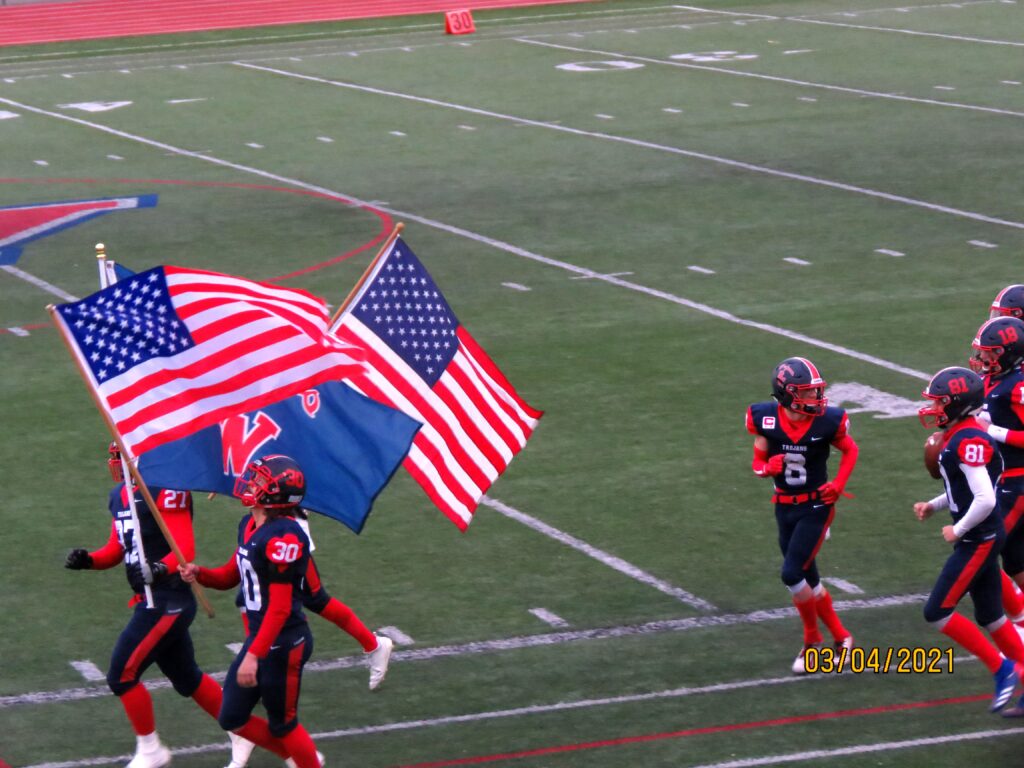 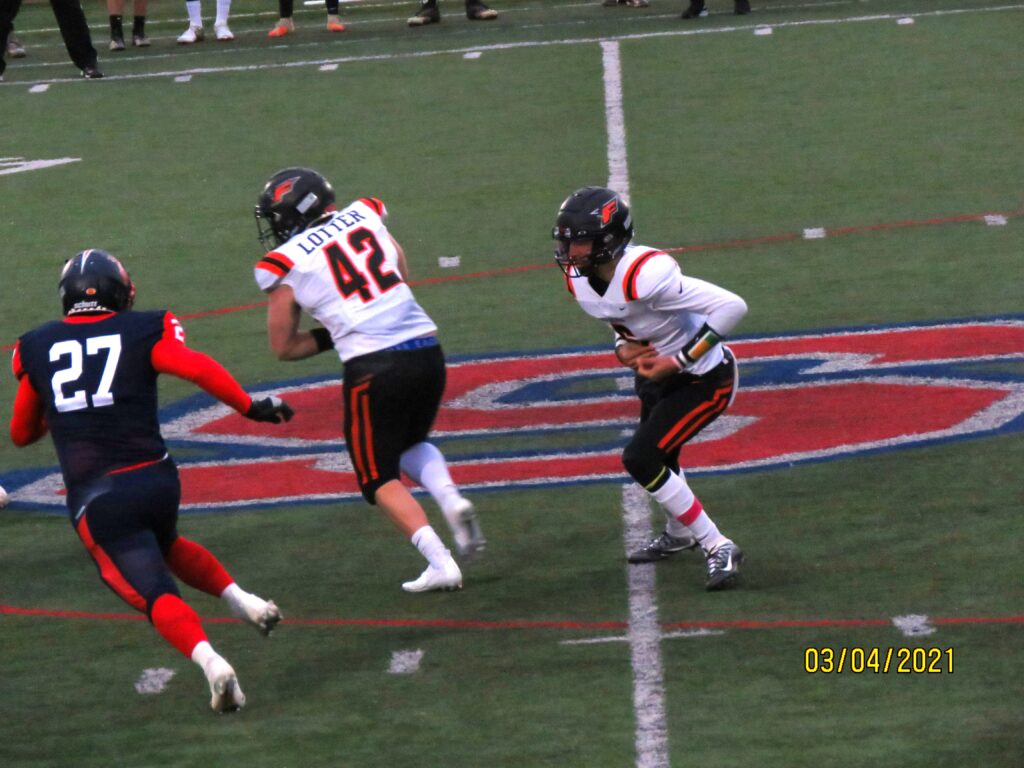 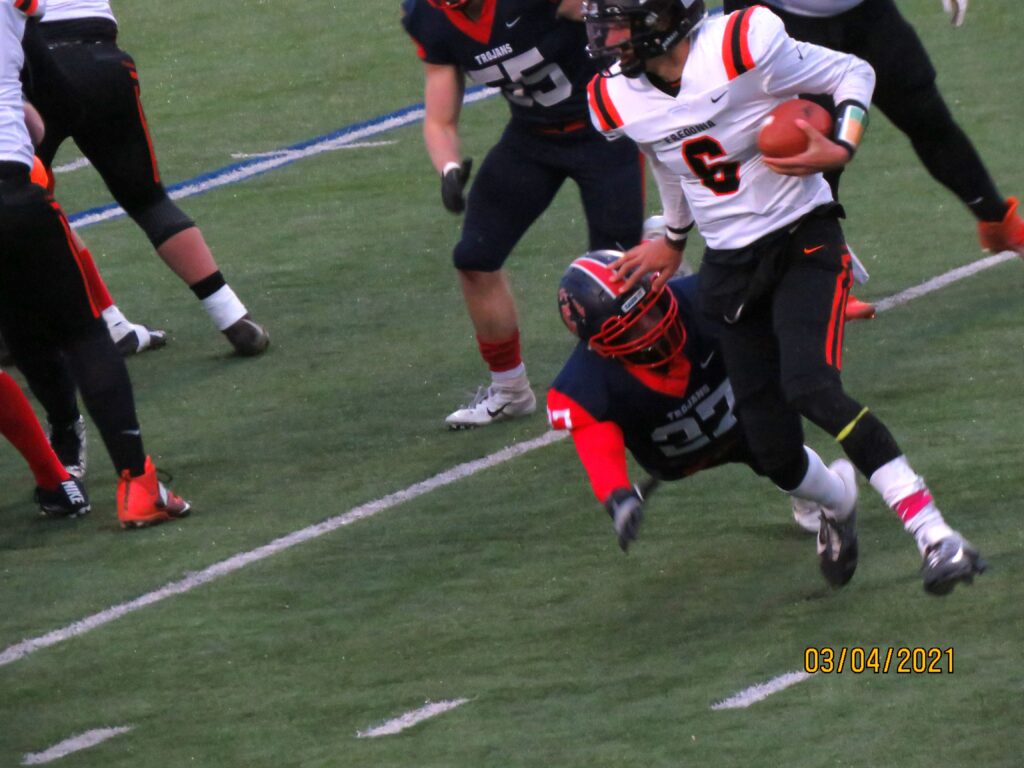 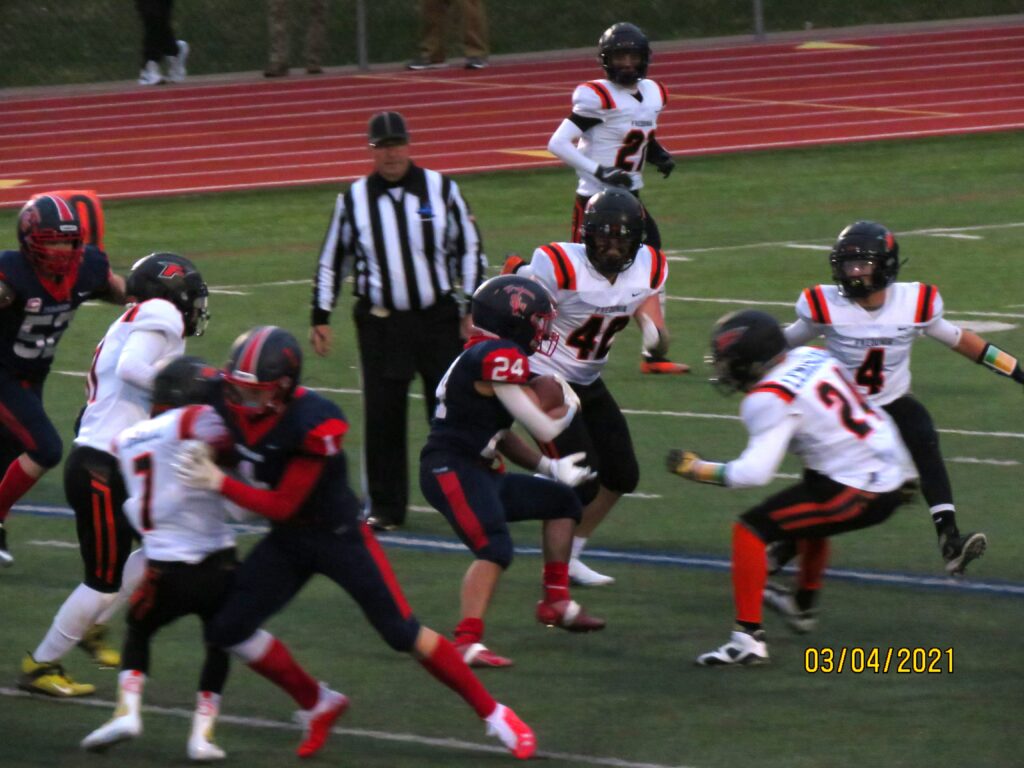 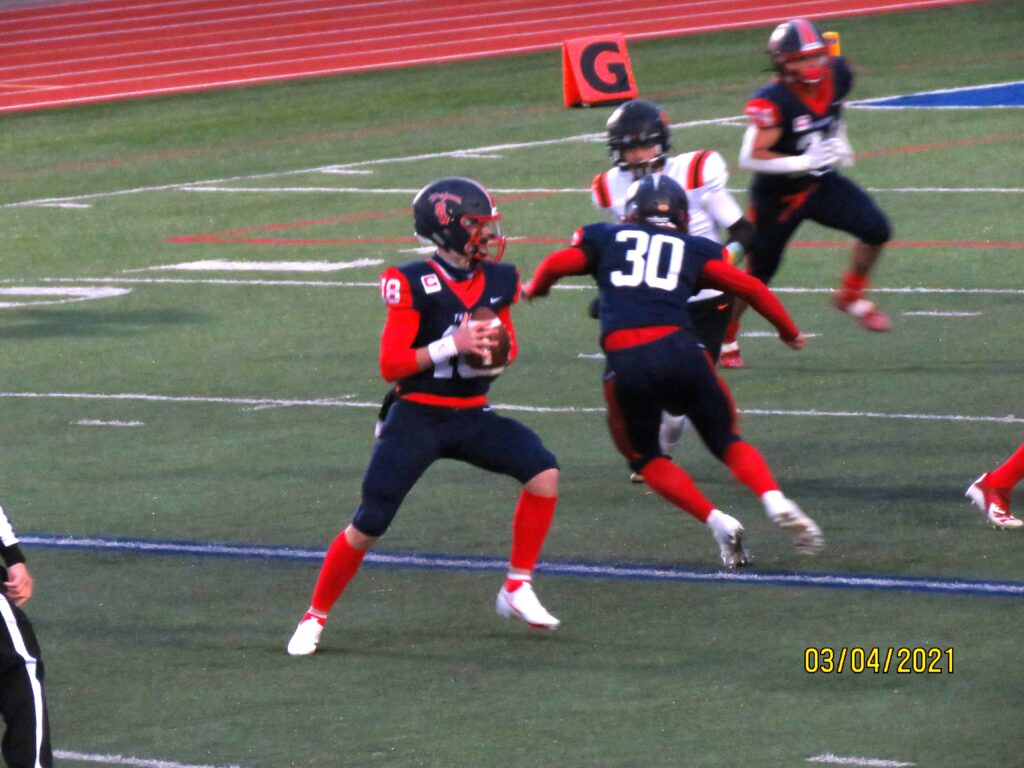 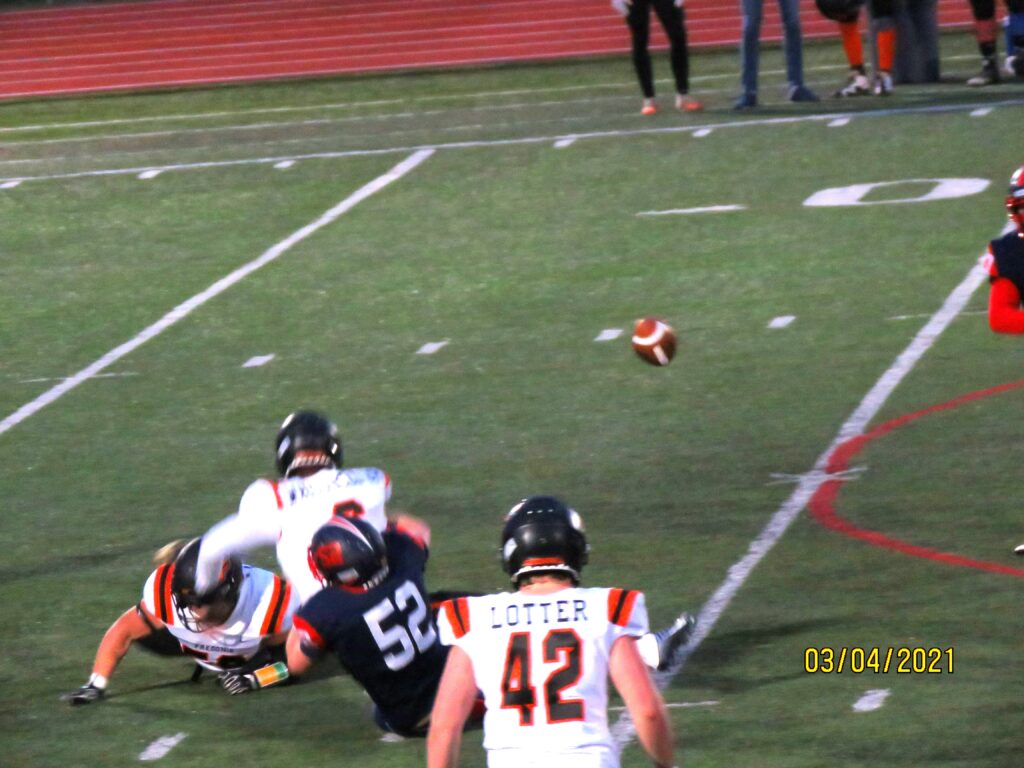 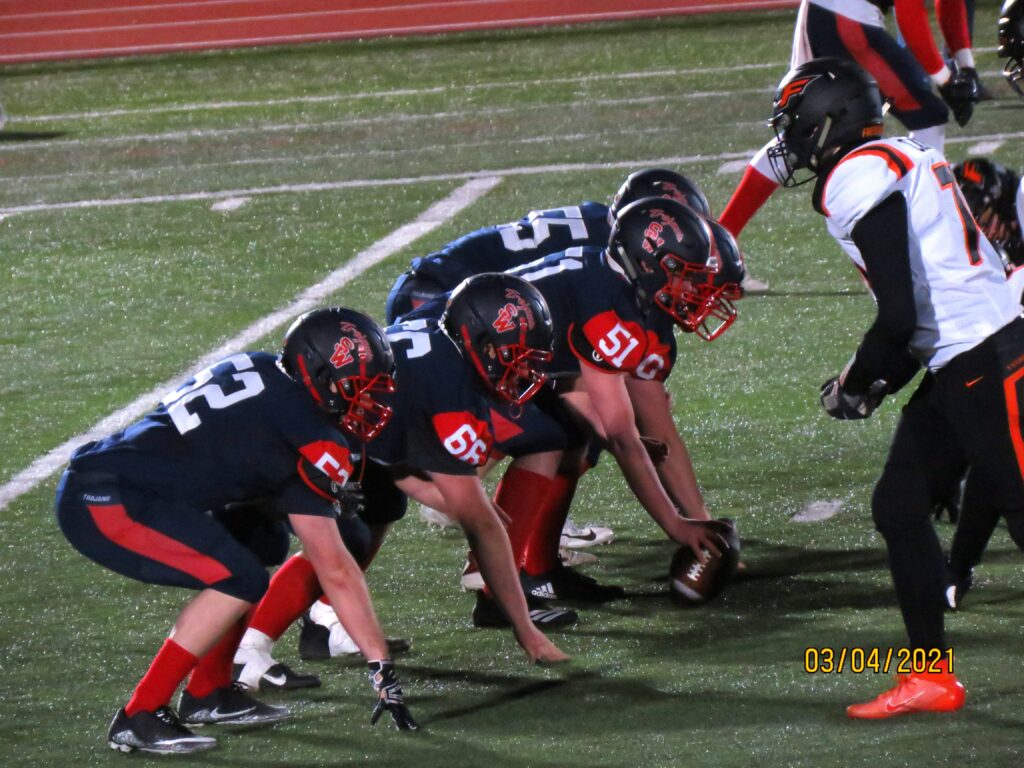