First I want to say thank you to assistant coach/athletic director Steve Wilson for everything you did for me this weekend. I t was nice meeting you along with your principal Timothy Hollar and your head coach, Jeff Williams. Hopefully, you all like the article and the pics enough to follow me on Twitter.
Gage Fleeman would go 16-yards on a nice-looking run out of the single-wing to set the tone for the show that was about to unfold from the Giles offense. The Magician in the offense Charles Ratcliffe read his blockers as well as anyone I have watched this spring season to pick up 12-yards. He would use the masterful work of his offensive line to score from a yard out for the games first score. Ratcliffe would pull in the low snap so that Preston Whitlock could make this a 7-0 Giles lead with 7:30 left in the opening quarter.
Ethyn Kimberlin would answer on the Mountaineers first play from scrimmage by going 63-yards with J.D. Groves connecting on his P.A.T. we had a tied game at seven apiece. It appeared we were going to have a good game on our hands after each team scored very easily on their first drive. For the Mountaineers the biggest thing we did not know was on their next 48 plays they would total just 147 yards and zero points.
This would quickly become a 13-7 game when Whitlock 32-yards to find pay dirt. :58 Seconds later Nathan Sheetz would get the ball back for Giles when he recovered a fumble on a bad pitch from Kimberlin, at the Alleghany 5-yard-line. Ratcliffe would go the five-yards needed to make this a 20-7 game, with the P.A.T. being successful. The quarter had just three seconds left when Evin Chapman race for what was going to be a 16-yard gain but he coughed the ball up and making the recovery for Giles was Sheetz.
Ratcliffe got the 2nd quarter off with an 18-yard to his right. His offensive line had dominated the first quarter and showed no let-up as the new quarter started. Ratcliffe would break several tackles as he simply outmuscled would-be tacklers on his way to a 27-yard touchdown making this a 27-7 game after another P.A.T. was nailed. With 2:49 left in the half, Fleeman picked up 30-yards to set up a 16-yard score from Ratcliffe, who broke two weak arm tackles on his way to the endzone making this a 34-7 game, with 2:43 left in the half.
Things would continue to go wrong for Allegheny when Joel Williams blocked the punt to give the Spartans the ball on the Allegheny 33-yard-line. Chaston (THE MAGICIAN) Ratcliffe read the blocking by his offensive line like a good book to score on the next play. After another successful P.A.T. from Whitlock, the score stood 41-7. The Spartans would record three more big plays in the last 4:09 of the quarter. Fleeman would account for two of them. First, he went 32-yards for a touchdown then on defense he picked a Mountaineers pitch on an option play and took it 55-yards for another score making this a 55-7 game. The final big play came when Zane Huskey recovered the ensuing kickoff to get the ball back for Giles.
The final frame flew by with the running clock and though this game was long over Alleghany never looked to have quit and Matt Howell seemed to show this by picking up some tough yards with little room to do so. Aaron Miller would pick up 18-yards to keep the Spartans drive moving. With 8:34 left we had the last touchdown of the game and that came on a 1-yard plunge from Jackson Parsell. The final point came off the foot of Whitlock giving us our 62-7. 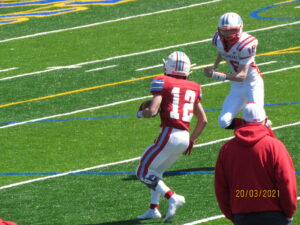 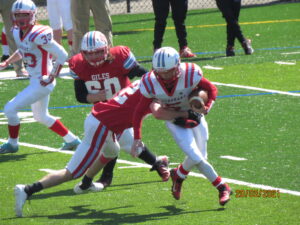 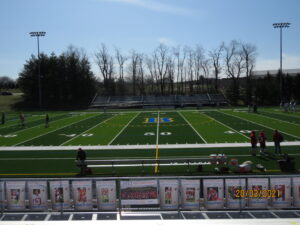 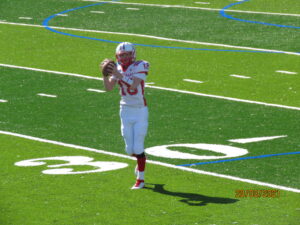 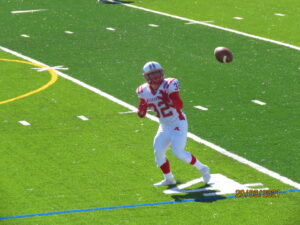 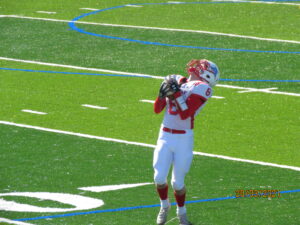 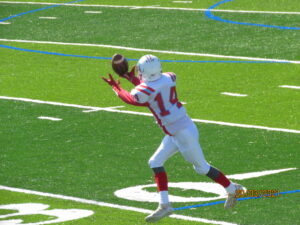 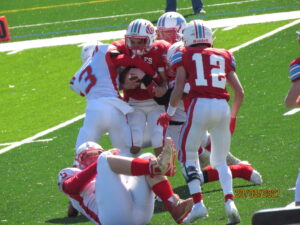 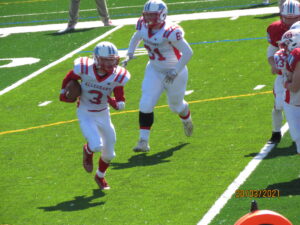 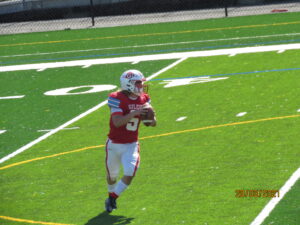 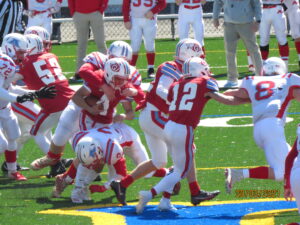 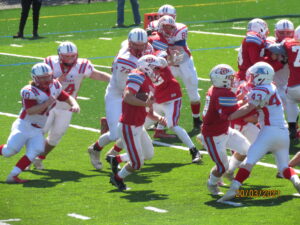 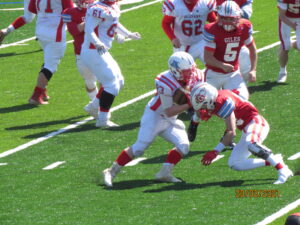 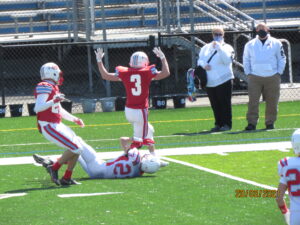 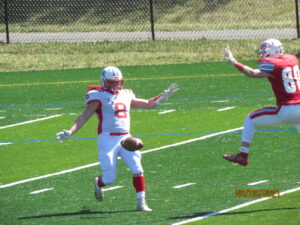