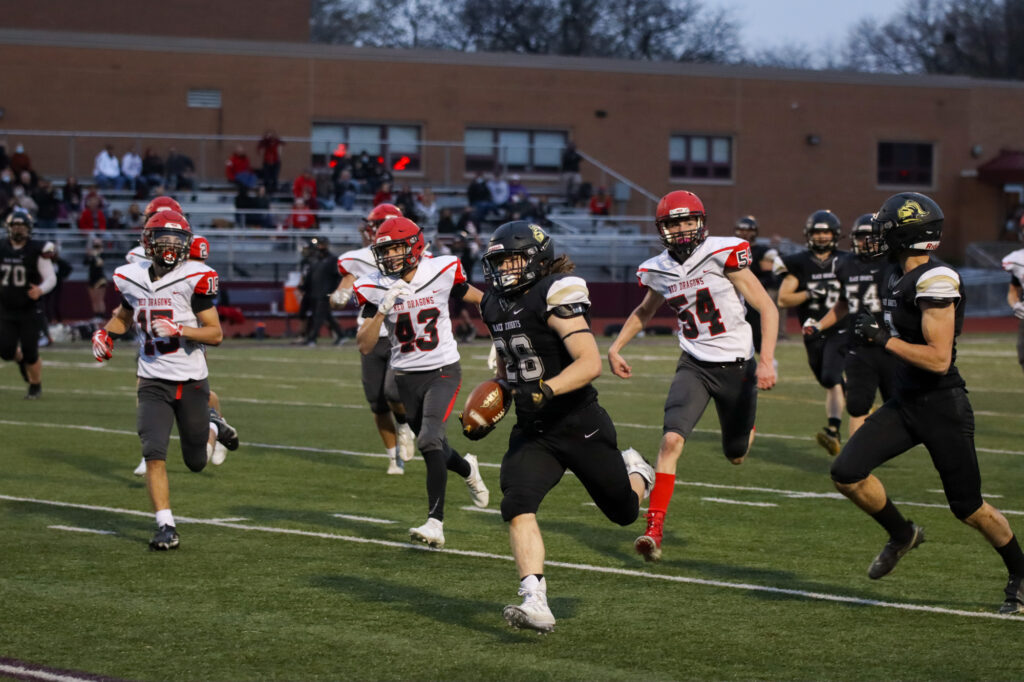 This game took place at Dunkirk high school which was my first time there also this was my first time seeing both of these schools. As has been the case many times during the spring season, with games I have taken in this game was very lopsided when all was said ad done. To the credit of Maple Grove, they never showed signs of quitting no matter how much they were down or how long was left on the clock.

Hunter Larson broke off a 55-yard run to give us a glimpse of how this game was going to go. Just twenty-eight seconds later

Sam Braidich closed out the drive on a 7-yard run. The PAT by Wyatt Golembieski went wide left leaving this a 6-0 Silver Creek/Forestville lead. When SCF got the ball back Hunter Larson race to a 27-yard gain, setting up a 25-yard run from Braidich. Hunter Larson was stopped by David Marshall on the two-point conversion try leaving this a 12-0 game, with 6:32 left in the opening quarter.

Cam Bower got a taste of a mean SCF defense when he was tackled for a 7-yard loss by Caleb Fiegl. The defense would quickly get their offense the ball back and they wasted no time in getting things moving again. First, Braidich busted off a 19-yard run, then Hunter Prinzbach took the ball to the Maple Grobe 18-yard line with a 60-yard spring. Larson easily raced in for the 18-yard score followed by a two-point conversion run from Braidich to make this a 20-0 game.

With 10:45 left in the half Larson broke free for a 44-yard score followed by a two-point conversion pass to Braidich to make this a 28-0 game. Braidich would add 34 more yards to his total on another nice run, where his offensive line dominated the defensive line of Maple Grove. The drive came to a sudden climax when Prinzbach walked in from 7-yards out. Golembieski made this a 35-0 game with his PAT.

Maple Grove would lose the ball when Jackson Gowan fumbled the ball away and Kayden Eggleston came away with it with 3:10 left in the half. Just eighteen seconds later Matt Woleben doing his best Chad Pennington connected with Braidich for a 50-yard touchdown. Golembieski hit the PAT to make this a 49-0, that also would be the score at the half.

I have not found out what the official running clock rule is in the state of New York but in this game, the clock pretty much ran the entire 2nd have and it flew by. Kayden Eggleston would get a pick, he followed that up with a 32- yard touchdown catch making this a 56-0 game. That was the highlight of the third quarter. The final frame would see Jackson Gowan finding Matthew Welsh for a 17-tard score. A two-point conversion run from Cartin Martin would be the finals points in this one. 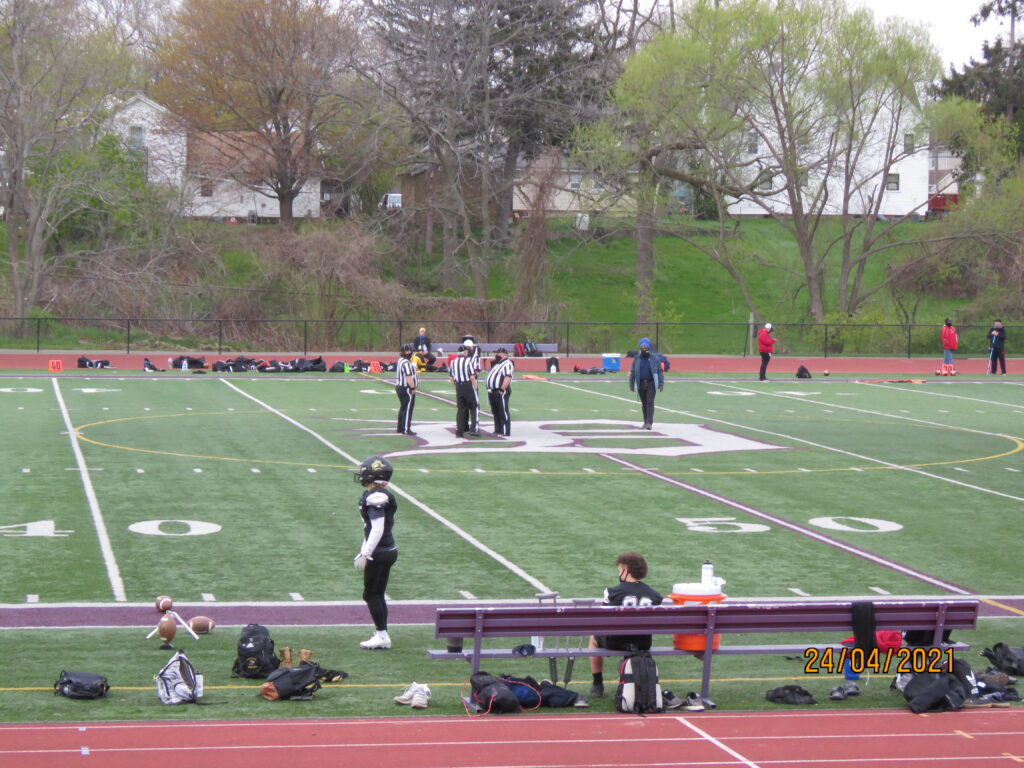 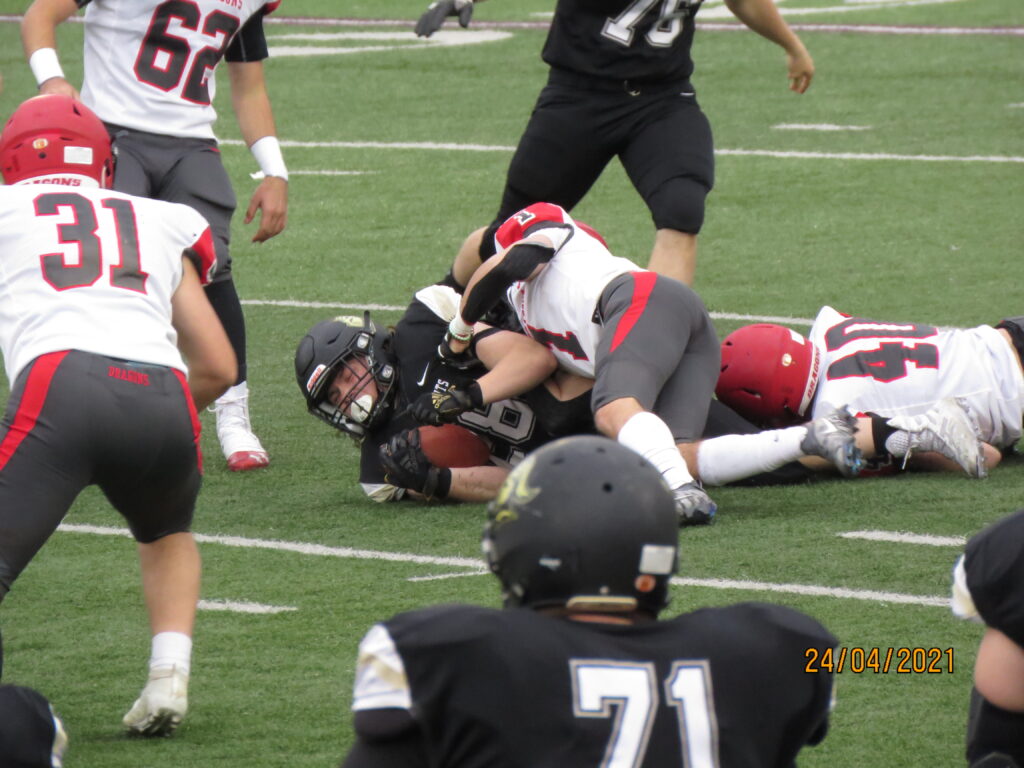 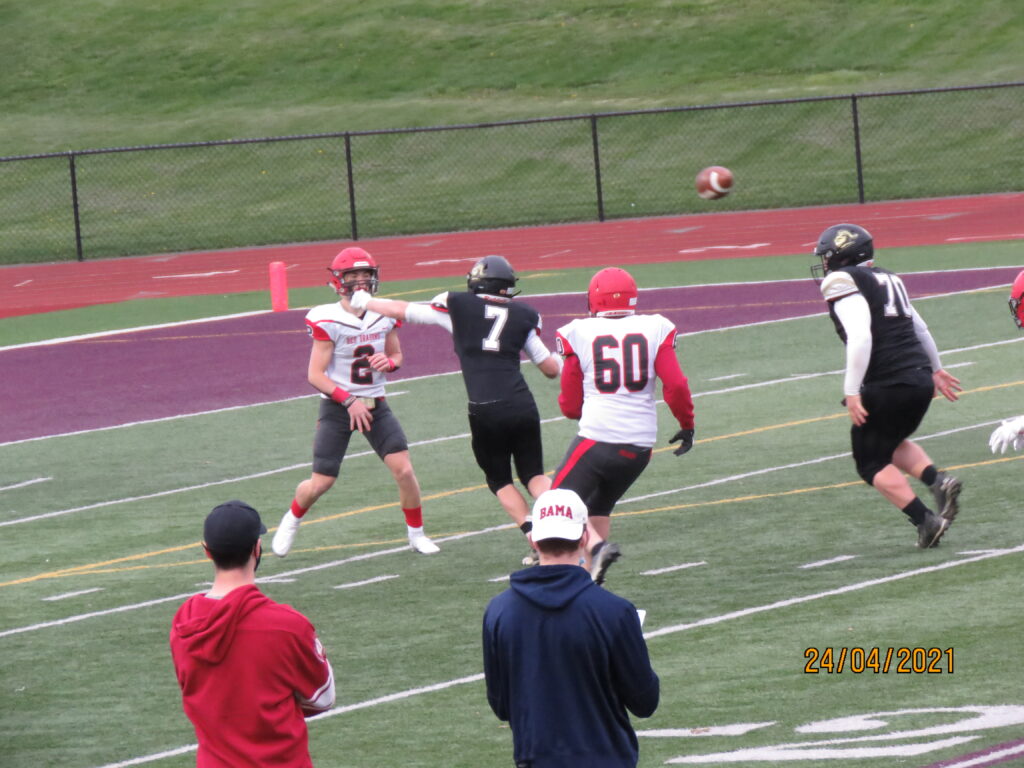 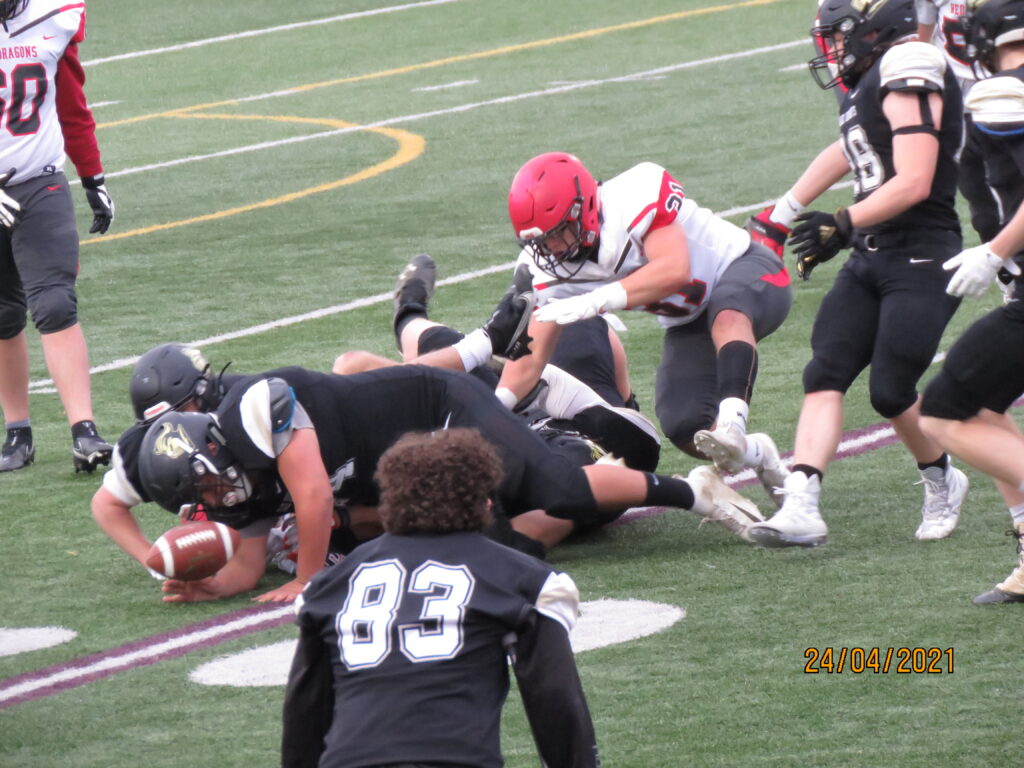 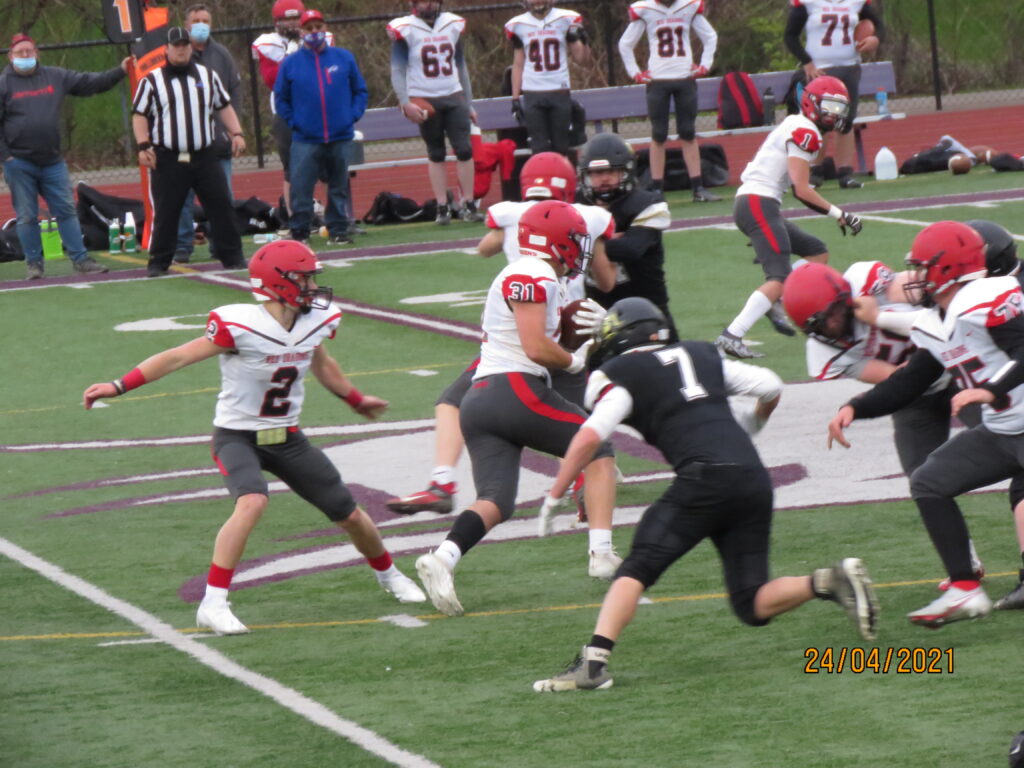 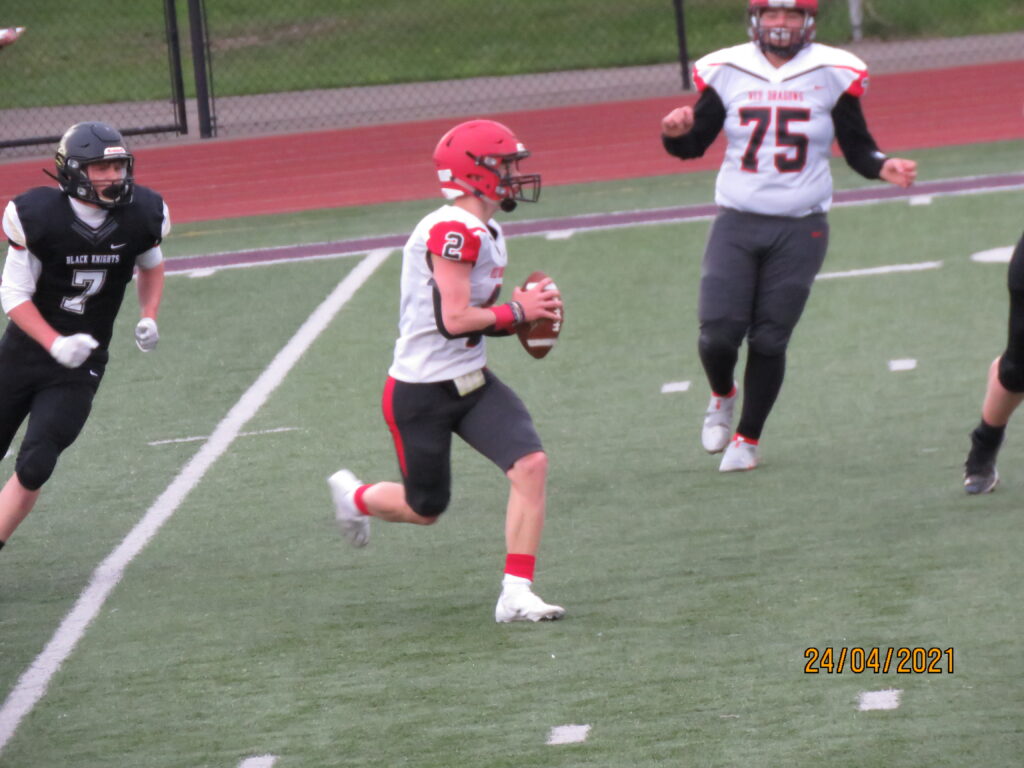 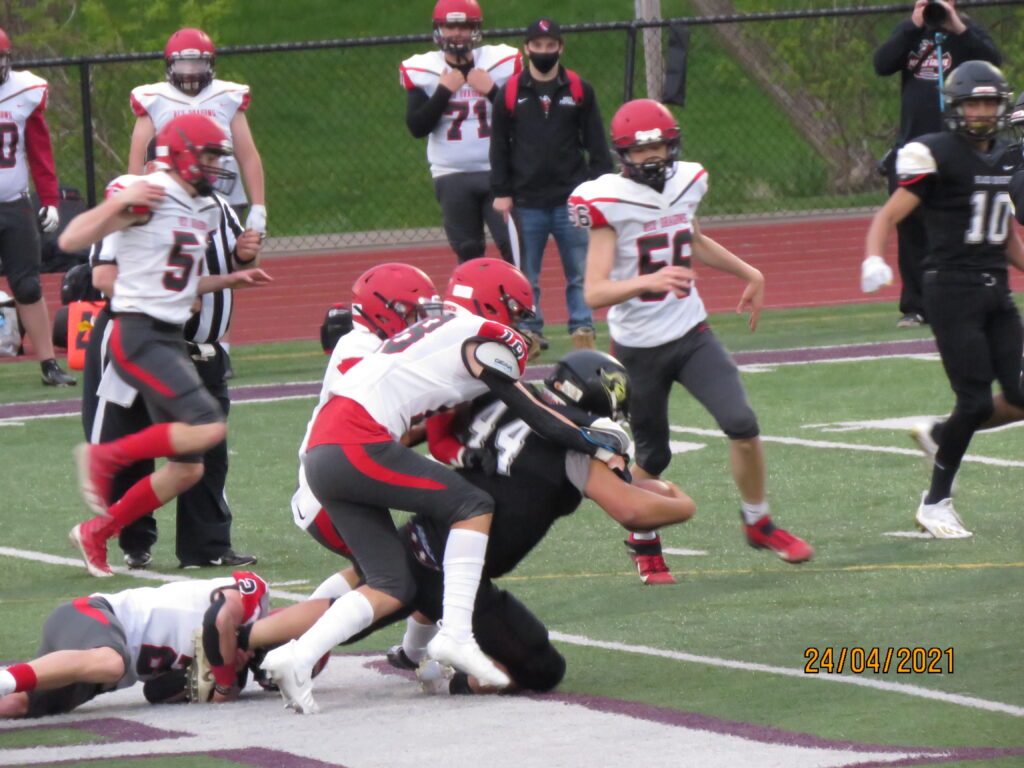 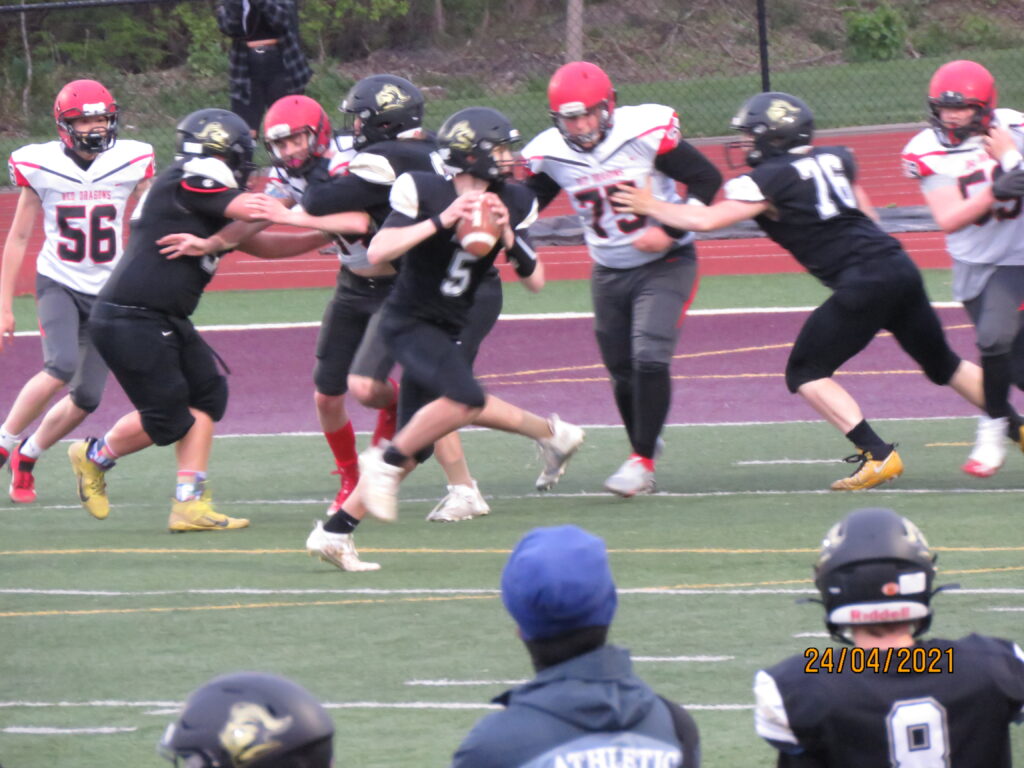 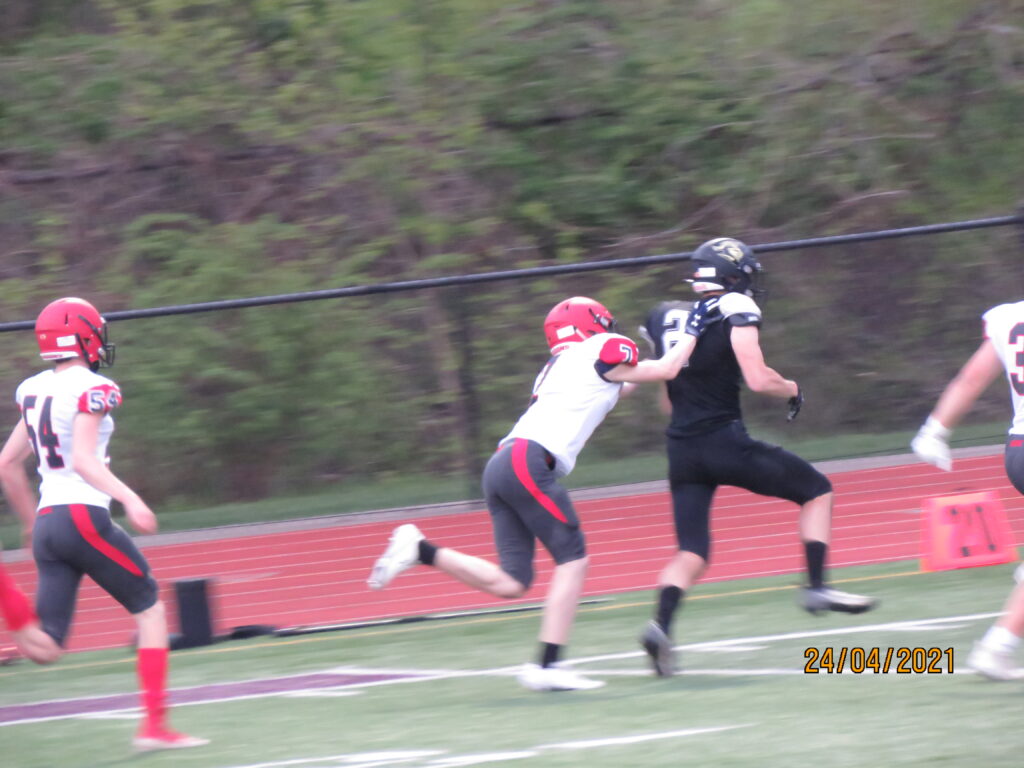 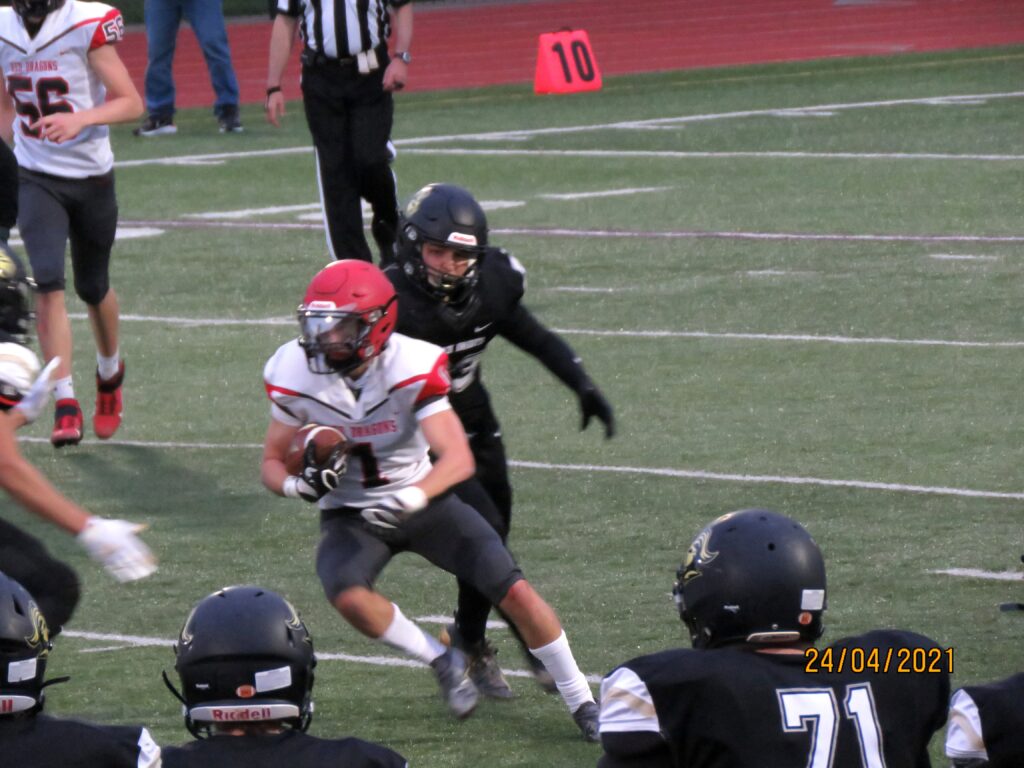 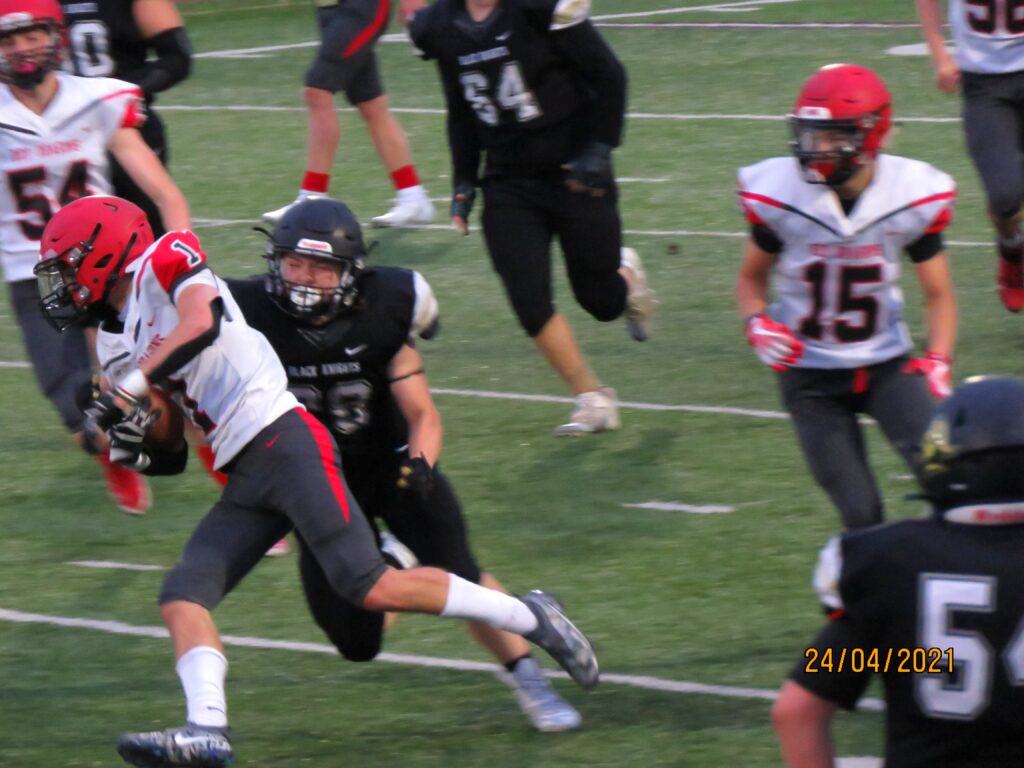 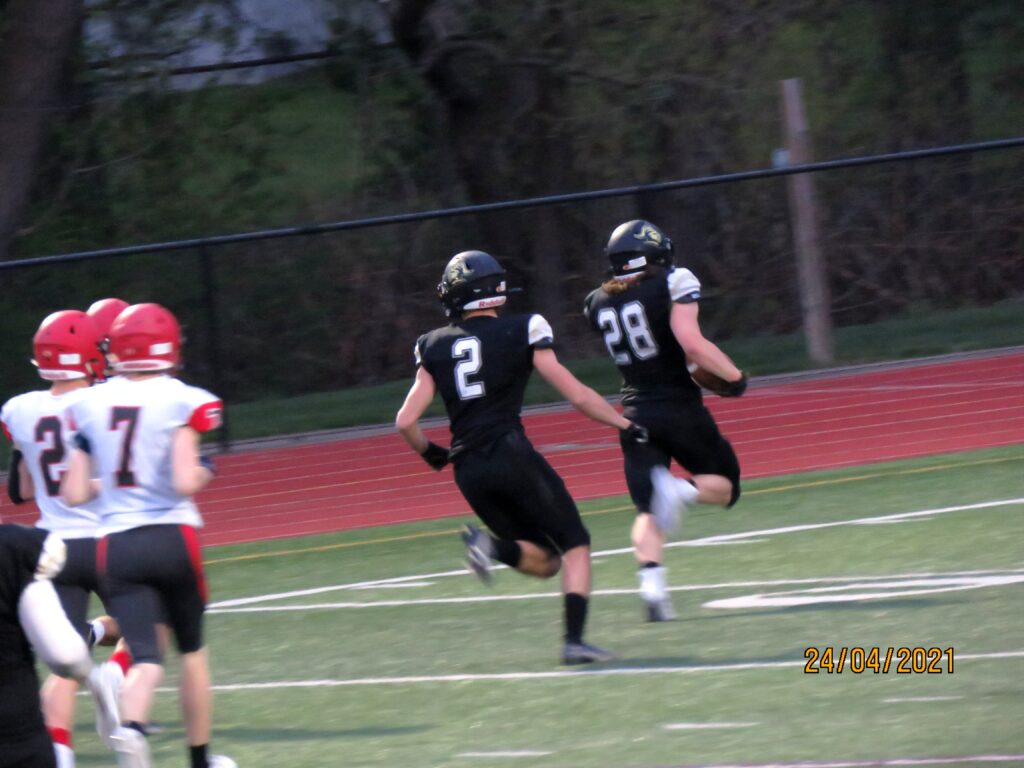 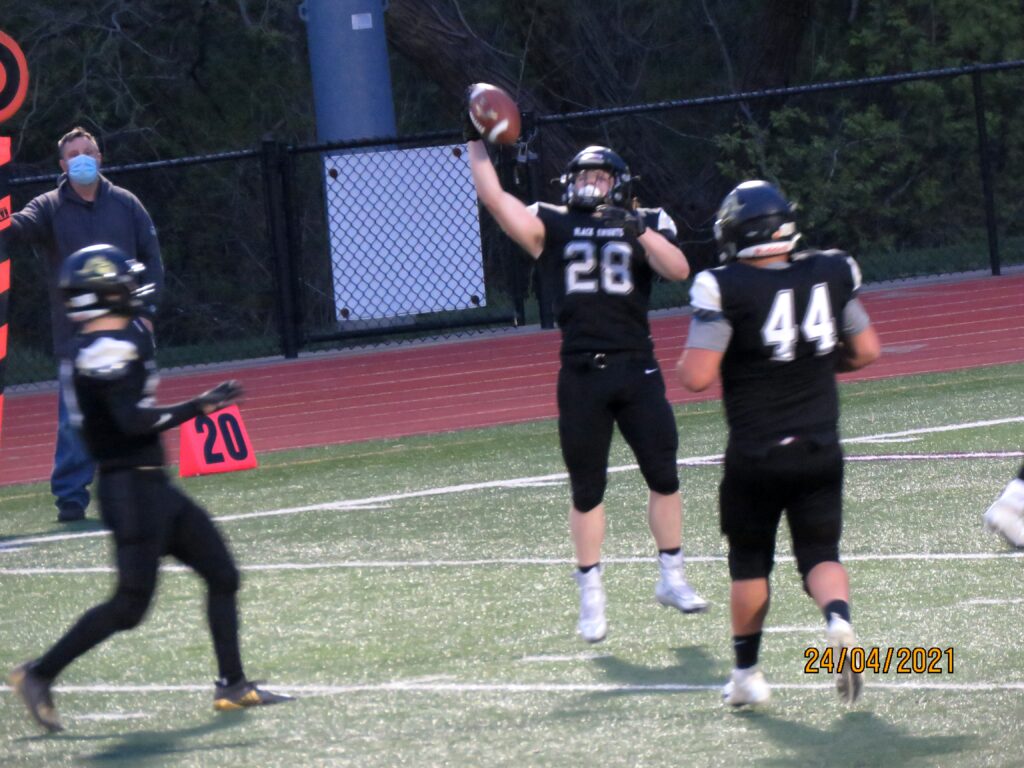 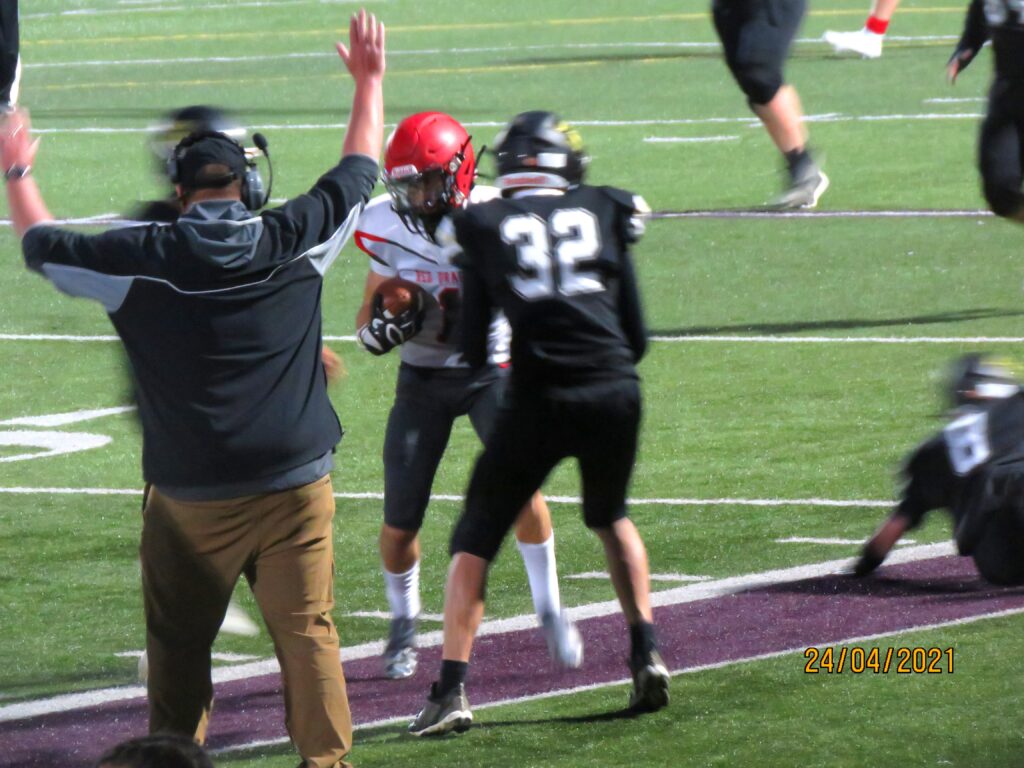 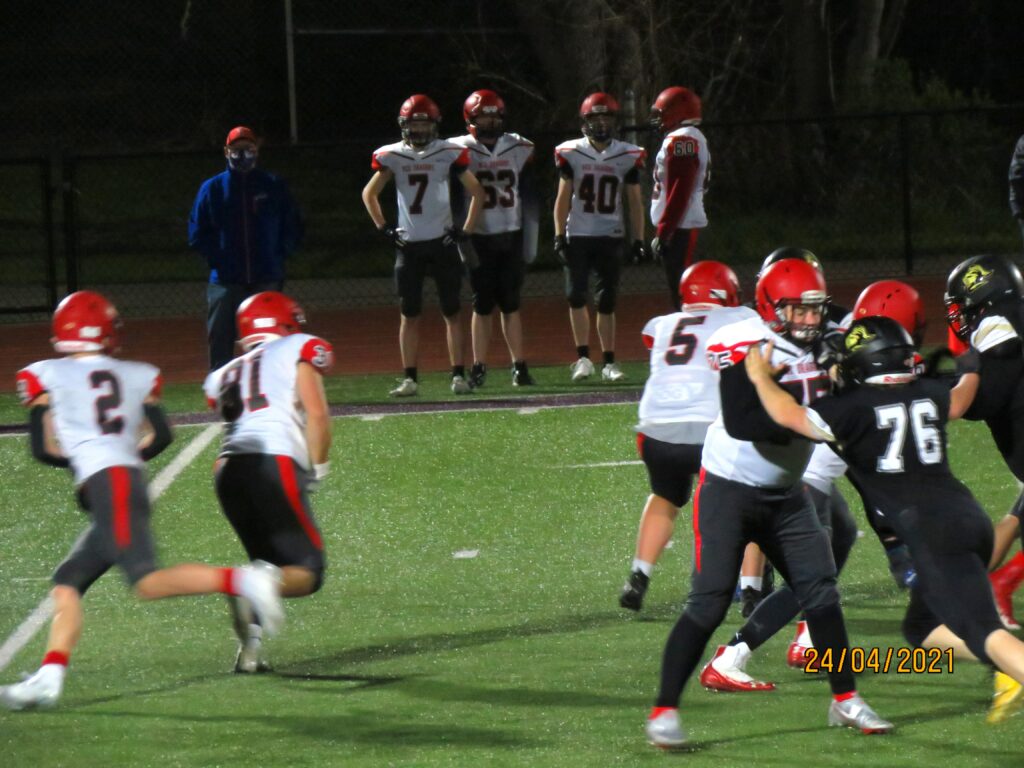 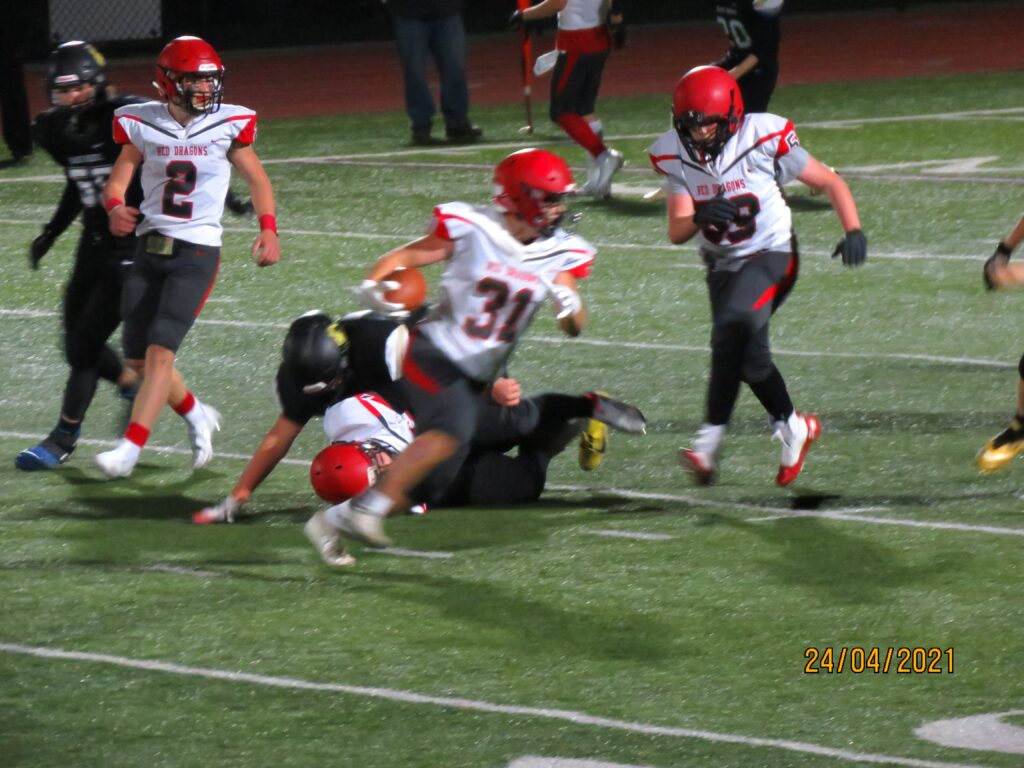 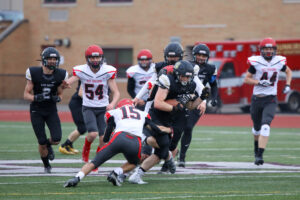 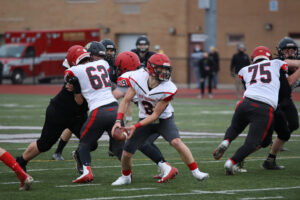 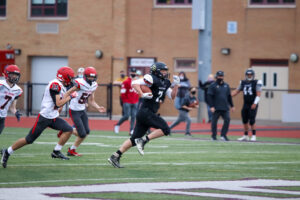 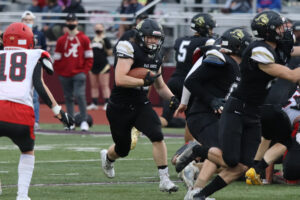 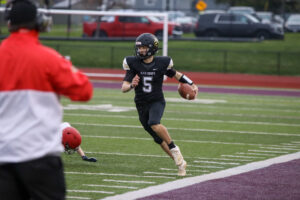 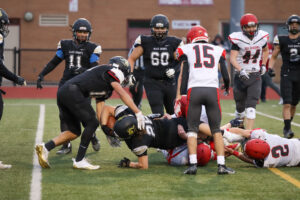