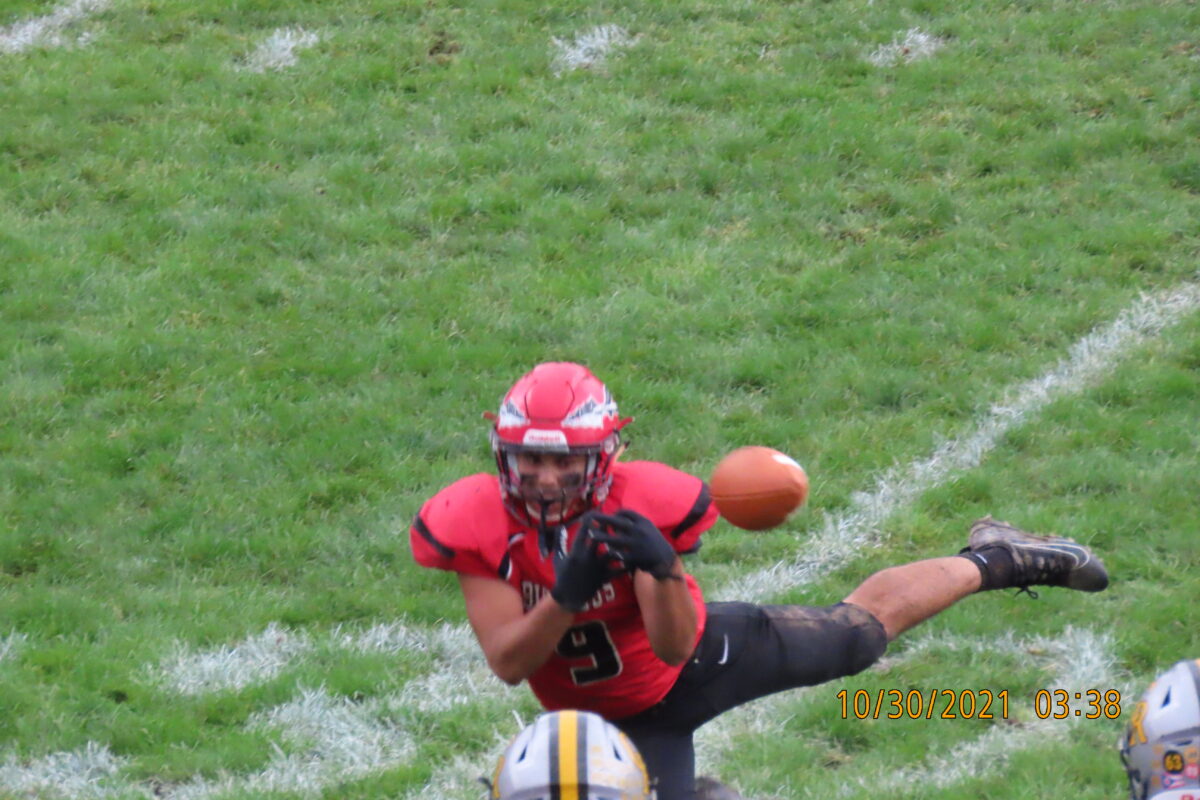 Tagged under: Beyond The Keystone, Game Photos, Gameday Hub, News

Yesterday I made another drive to Bellaire, Ohio to watch the Big Reds of Bellaire battle Columbiana Crestview in a first-round playoff game. This marked my first time seeing Crestview play and I have to say they were a well-prepared hard-hitting team that was fun to watch.

Anthony Cusich would hit Jack Yerkey for a 19-yard gain to set up the first touchdown of the game that came on a Cusich to Kirkland Miller 41-yard pass. Miller will be back next season to terrorize defenses for the Rebels. The point-after kick by Joey Carr was missed leaving this a 6-0 Rebel lead just 1:53 seconds into the contest.

Bellaire would respond with a Ray Ray Pettigrew 80-yard touchdown catch. Pettigrew was wide opened easily made the catch then outran the defense for the score. Jake Heatherington had all day to throw the ball and the pass was crisp and one the money. Lucas Littell missed the point-after kick leaving this game locked up at six, with 9:08 left in the quarter.

After the quick two scores, defense began to take over the rest of the quarter, with a Pettigrew interception highlighting the play. The Big Reds offense would get two catches from Jaiden Kesterson on the ensuing drive, with a 32-yarder being the big one.

Just five seconds into the second quarter Colt Sechrest plowed in for an eight-yard Bellaire score followed by the point after kick from Littell making this a 13-6 game. Sechrest is headed to Youngstown State next season to play tightened and I am predicting if they involve the 6-2,220 pound beast in the offense, he will put big numbers up there.

Cusick would have three nice plays on the ensuing drive. First, he found Roclen Buttura, another Junior for 20-yards, then he used his feet to pick up 18-yards. The biggest play was the 15-yard touchdown pass to Bettura. Carr locked this one up at 13 with his kick.

Just over a minute later, Bellaire retook the led when Heatherington found Kesterson for a 33-yard score to make this a 20-13 game. There were times in this game that the Bellaire offense to me back in time to the AIRBELLAIRE days, that was the times they threw the ball on any down at any time.

Bellaire would find themselves in a fourth and eight with a little over a minute left in the half. The coaching staff elected to go for it and play called was as it should have been, a nice little pass to Sechrest. The kid was a nightmarish matchup for anyone in this game who had to try and guard him. I.M.O. he could have had a 150 plus type day receiving the ball had they needed him to. But with so many weapons available to the staff and a much-improving quarterback in Heather, who is back next season the need was not there. Heatherington brought the drive to a climax with another touchdown pass to the PAFOOTBALLNEWS player of the game RAY RAY PETTIGREW. This one was from 32-yards out with forty-six seconds left in the half making this a 27-13 game.

In the final frame much like the third the Bellaire defense was on the field a lot and overall they played well. The Rebels would run 40 plays in the 2nd half compared to 25 for Bellaire. Unofficially I had the rebels with 156 second-half yards, while Bellaire was held to just 71. The only score of the quarter came on a 5-yard catch by Dominic Yerkey and the point after kick from Carr gave us the 27-20 final. 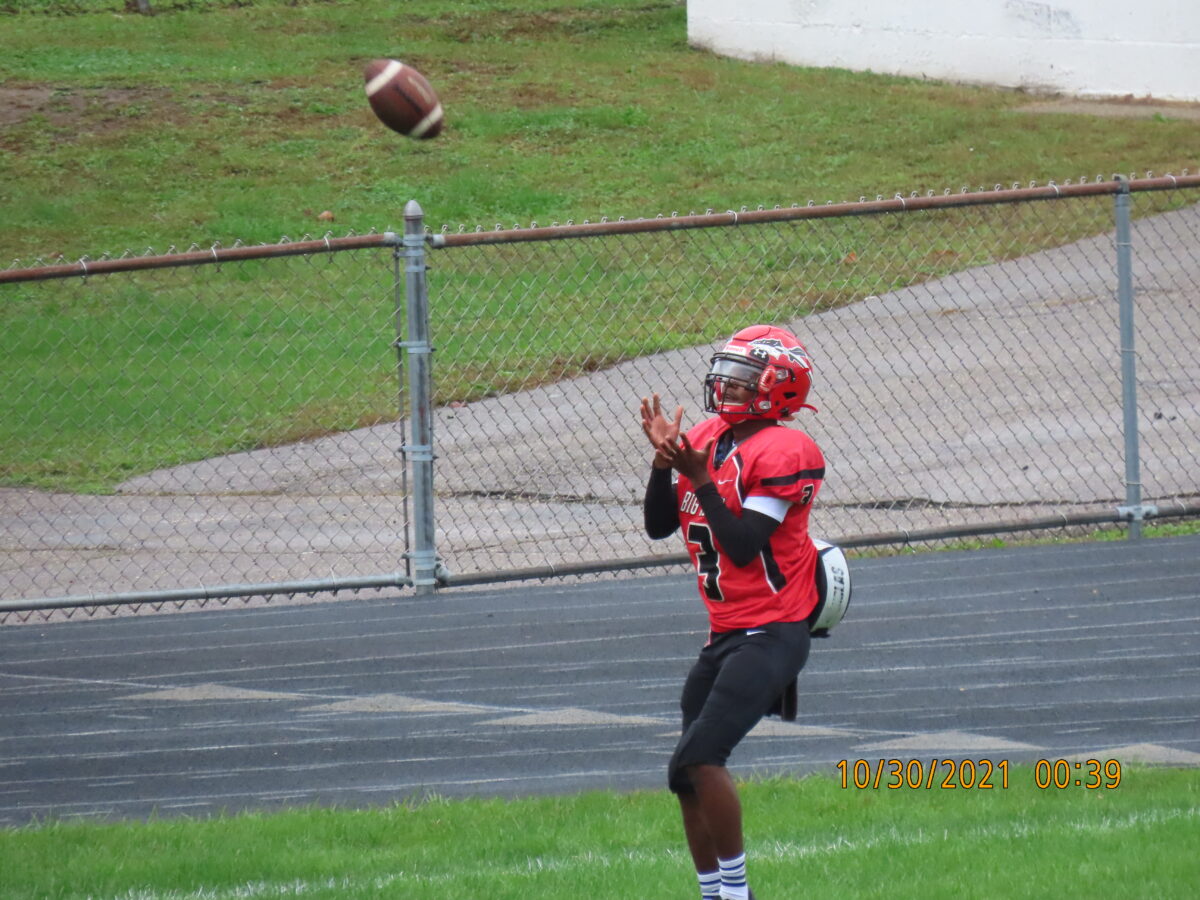 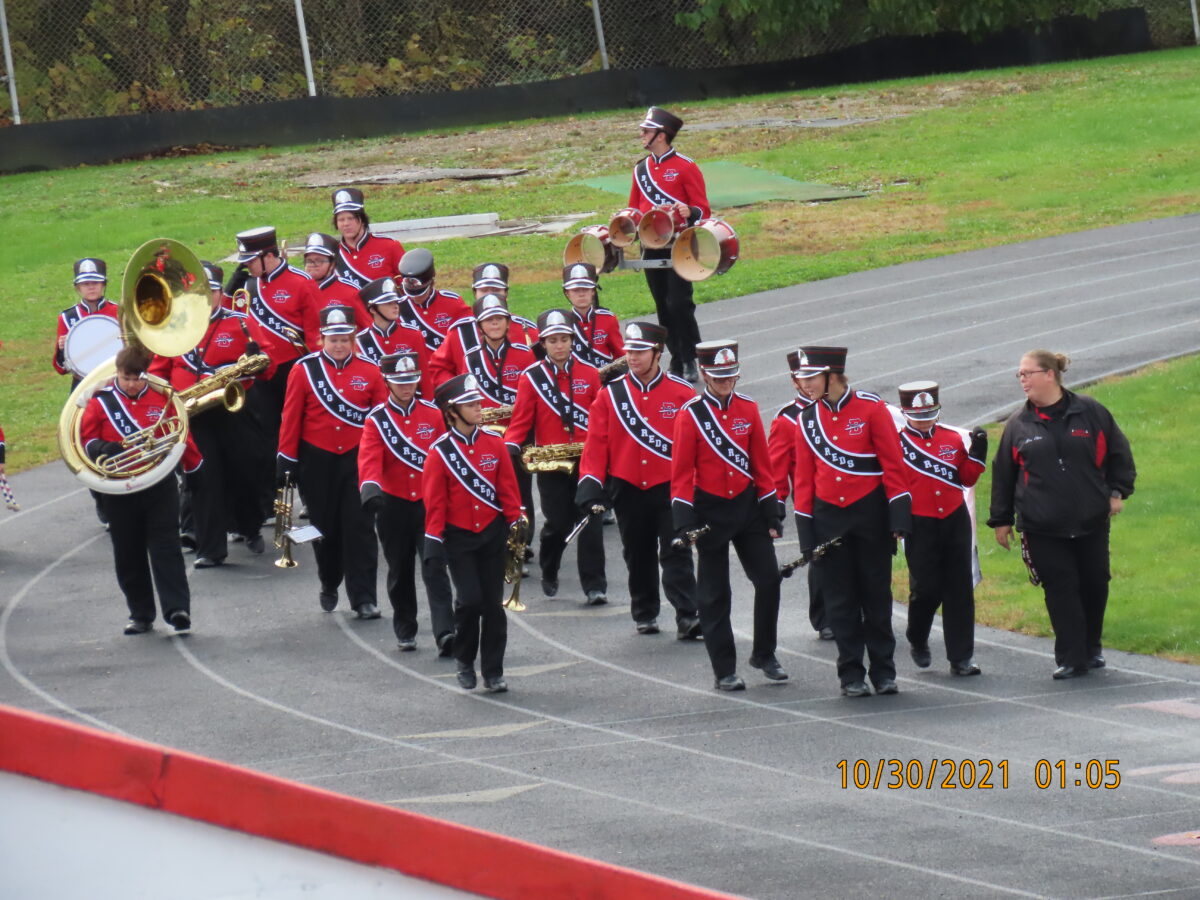 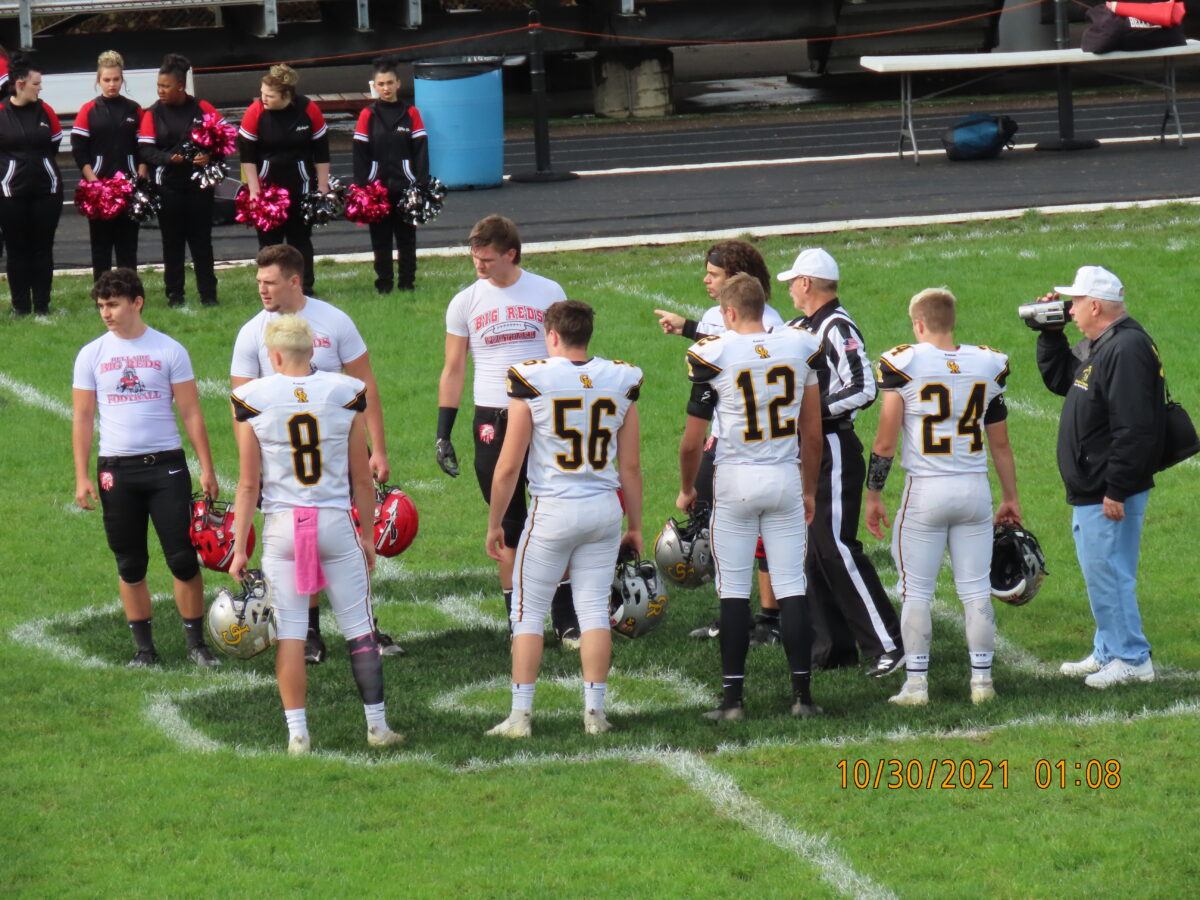 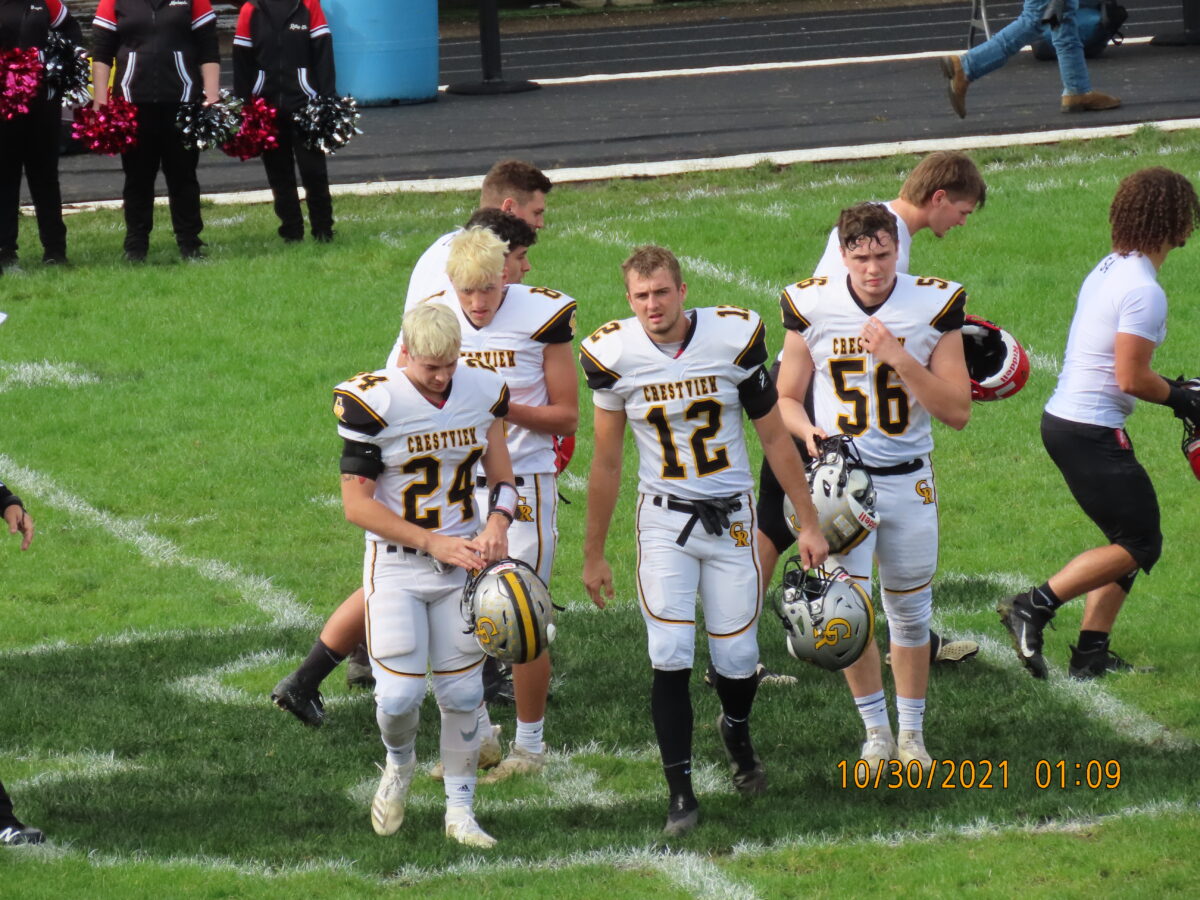 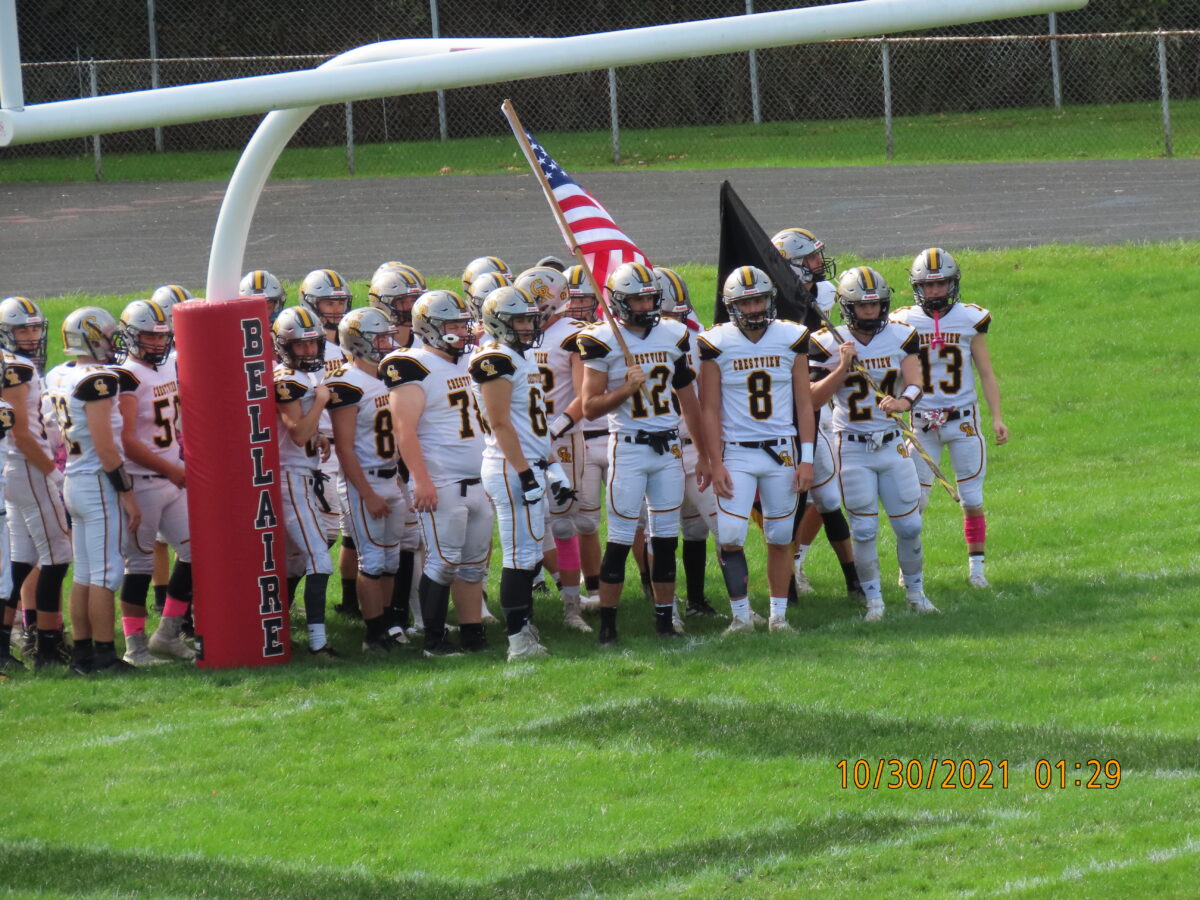 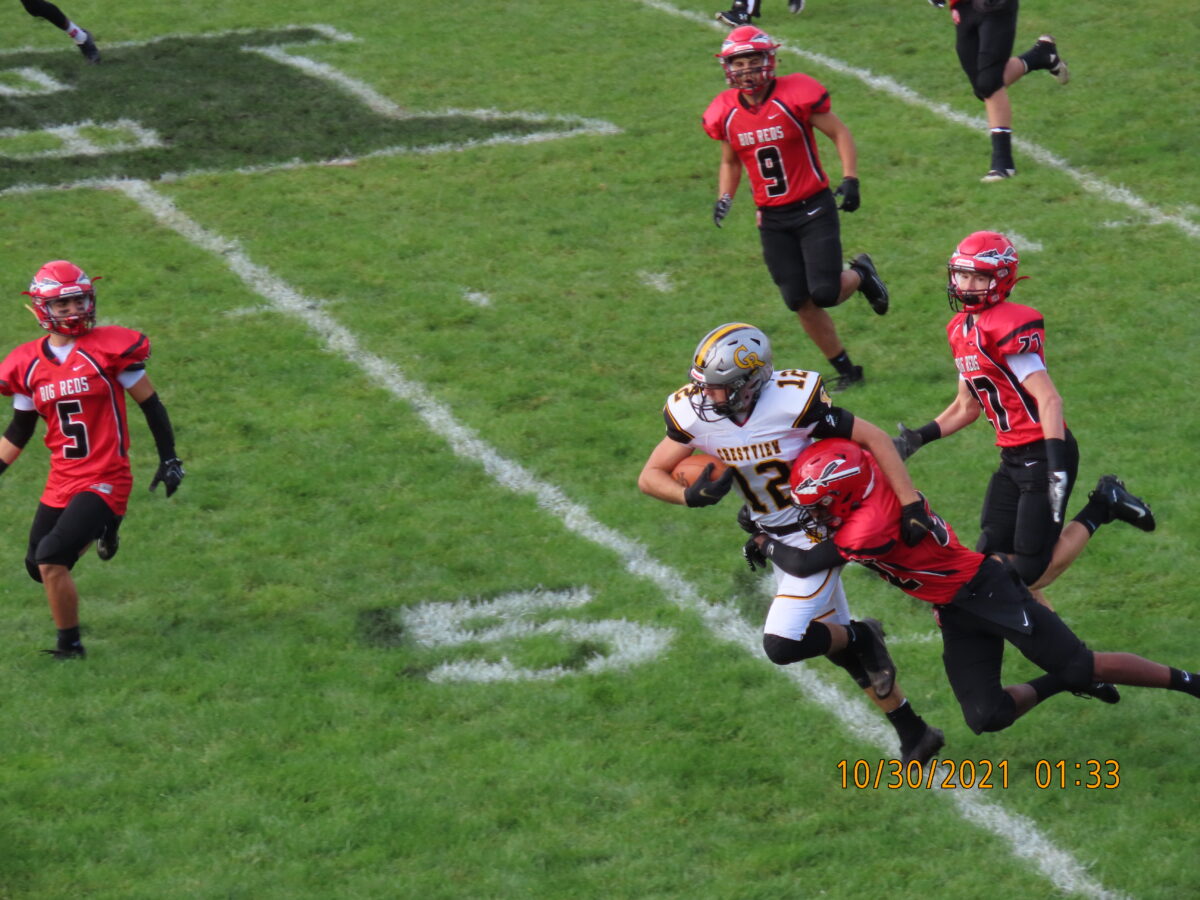 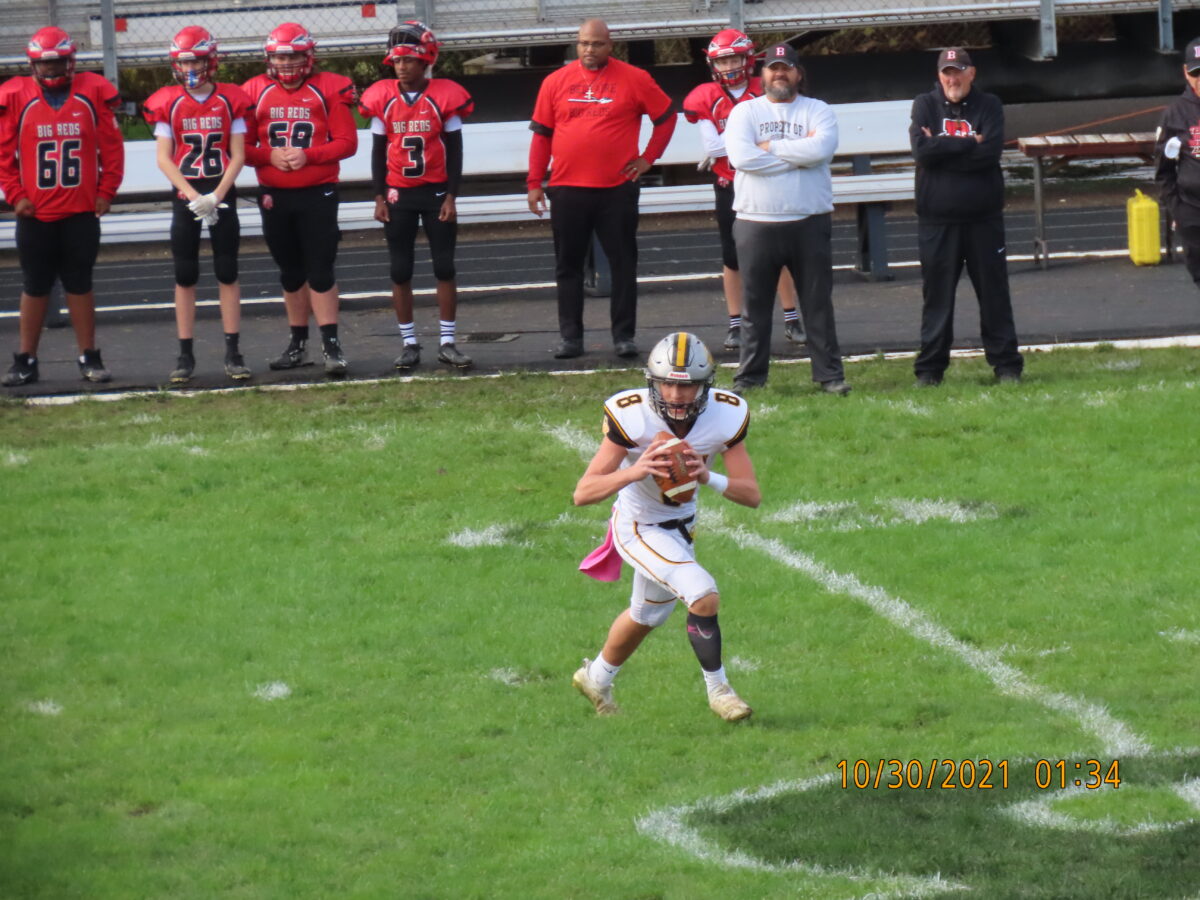 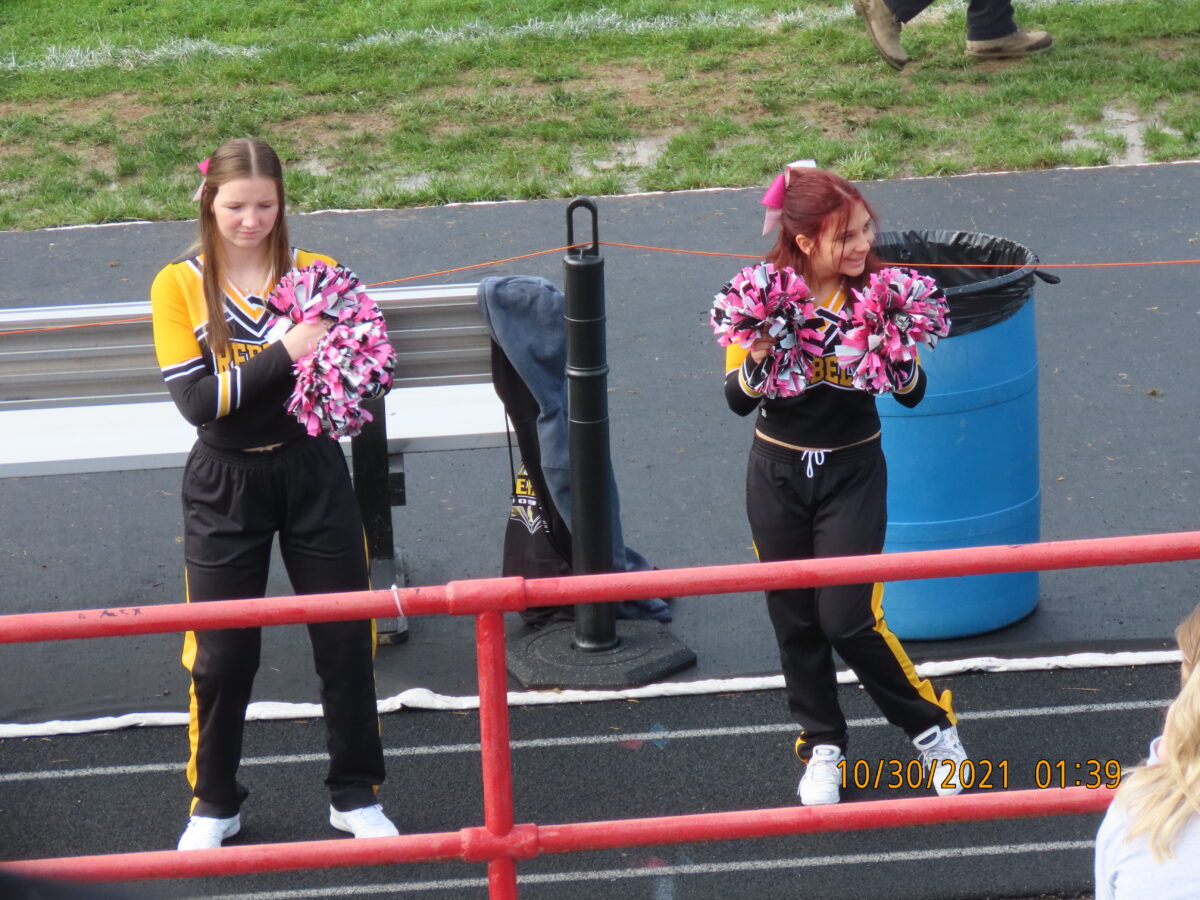 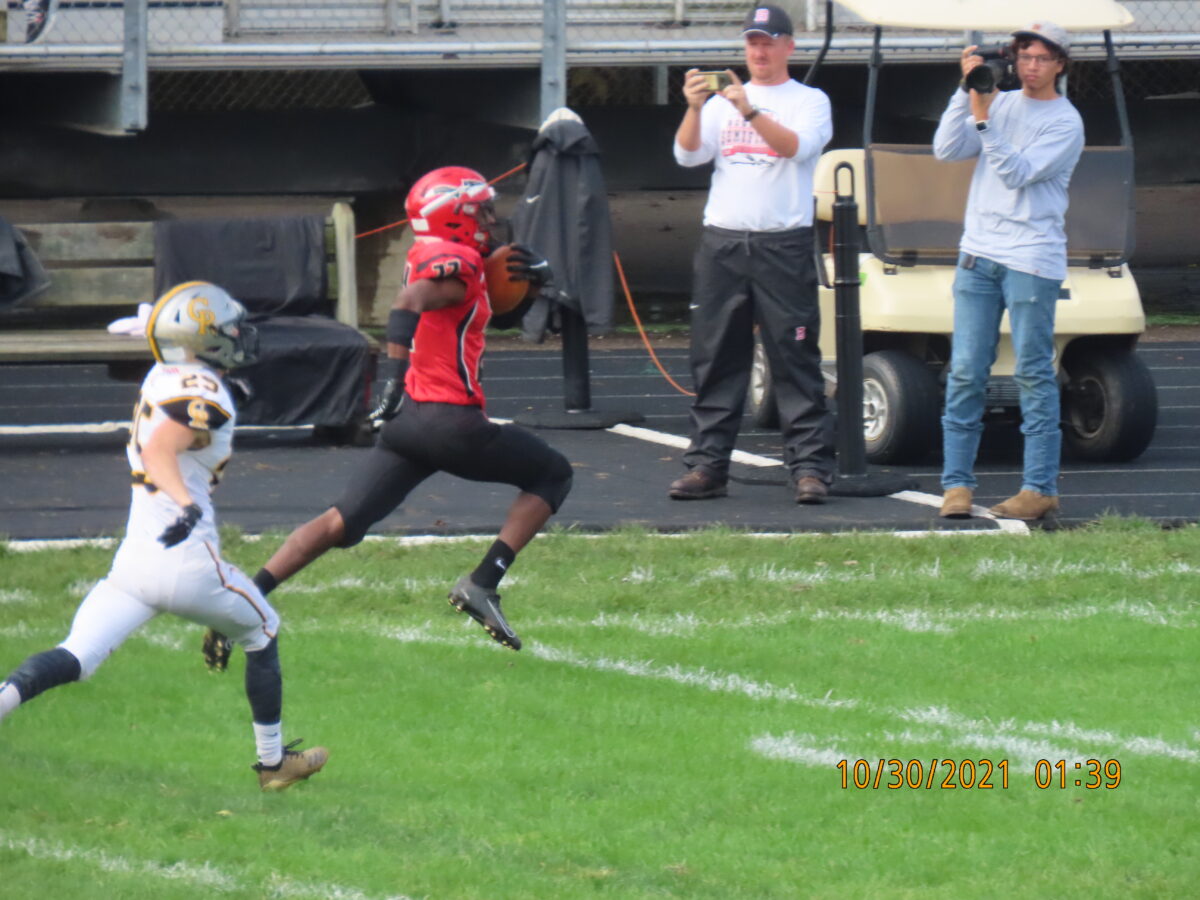 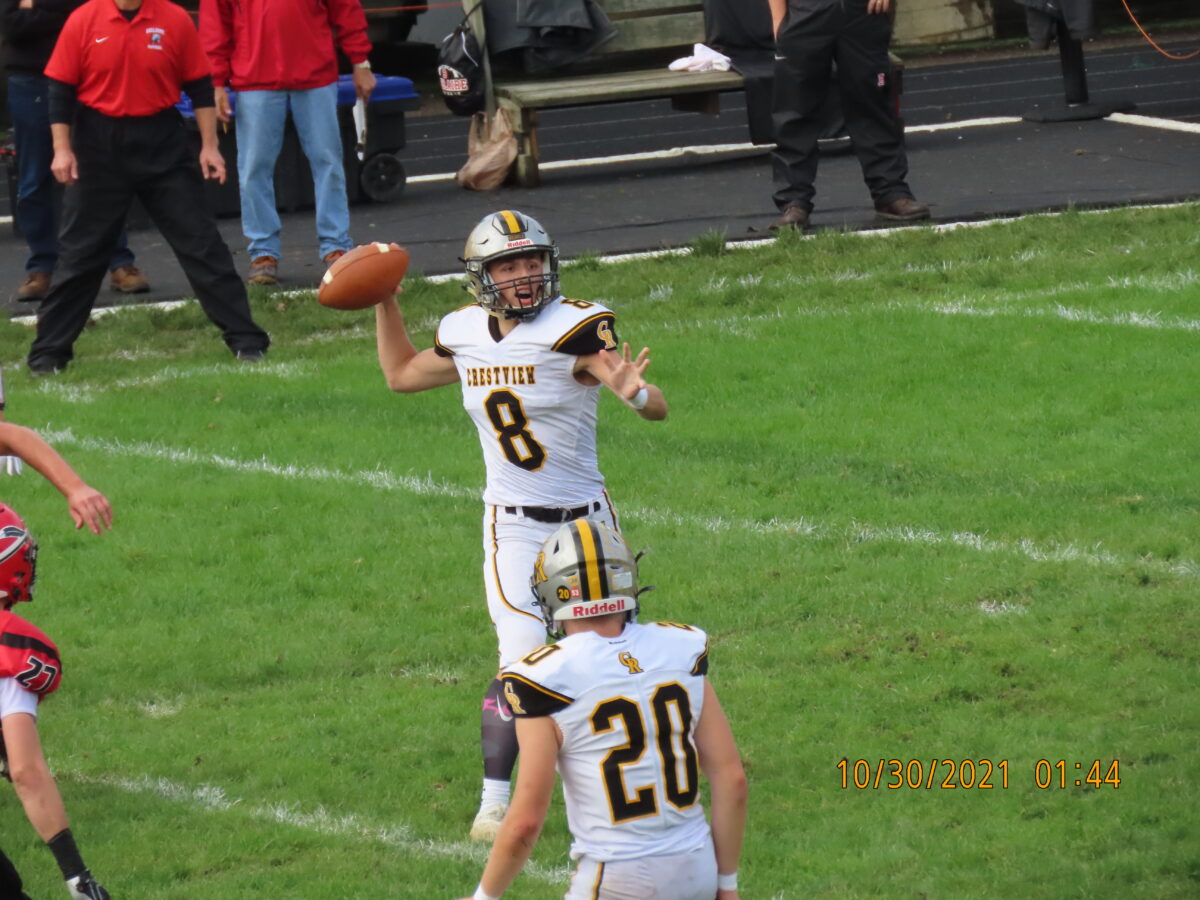 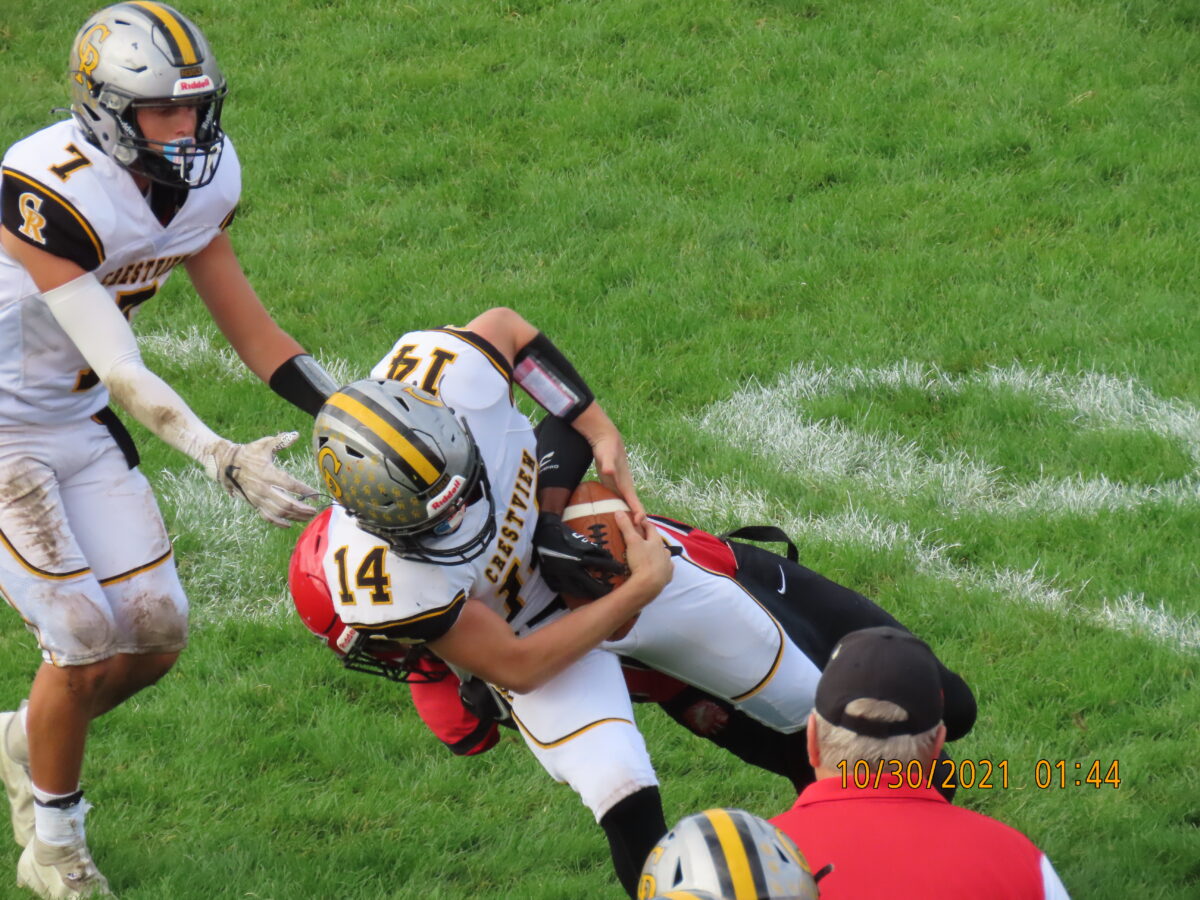 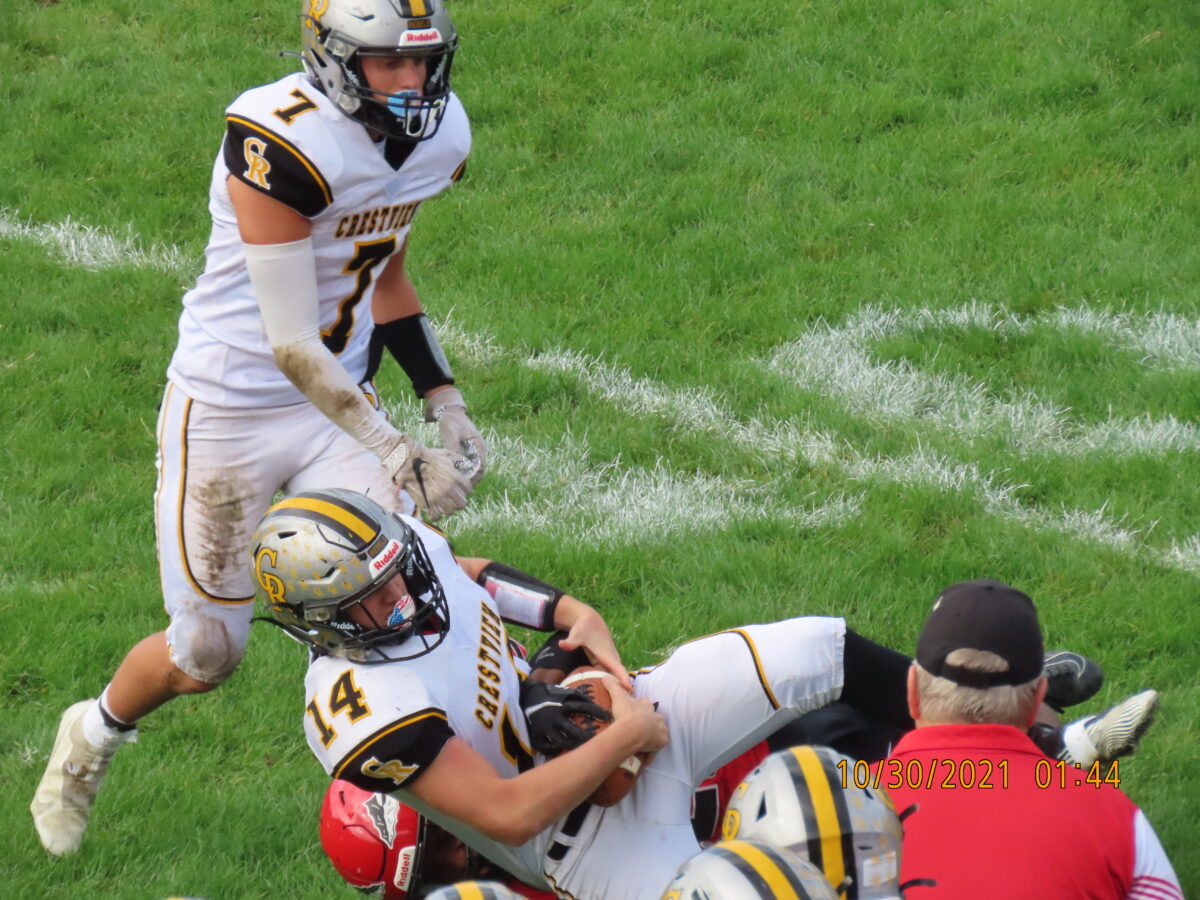 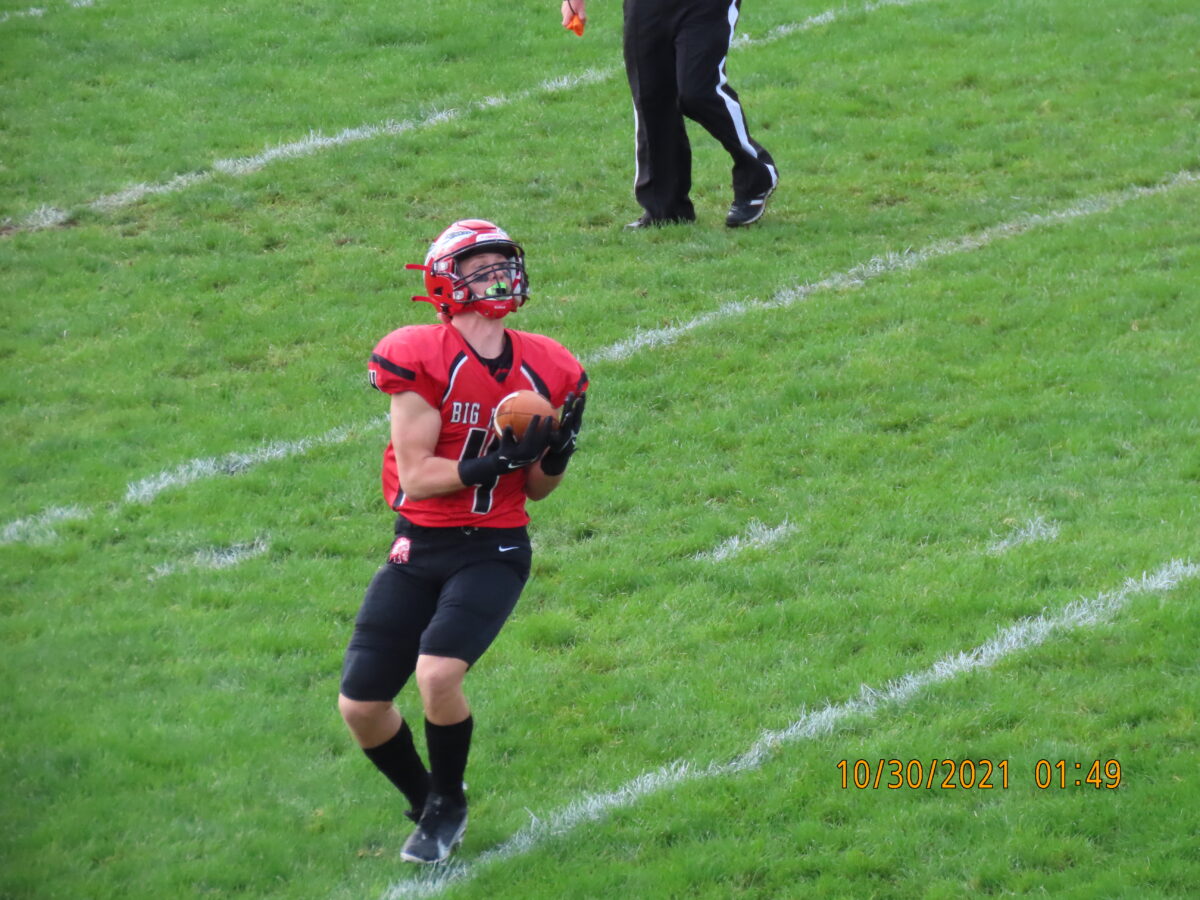 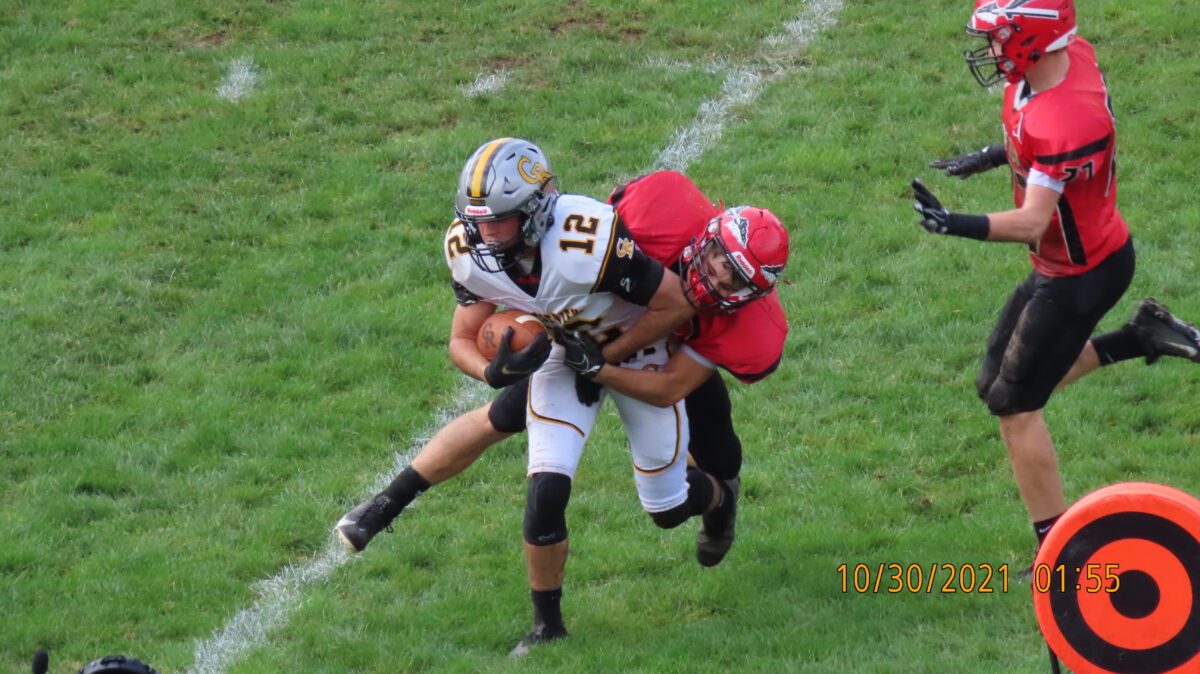 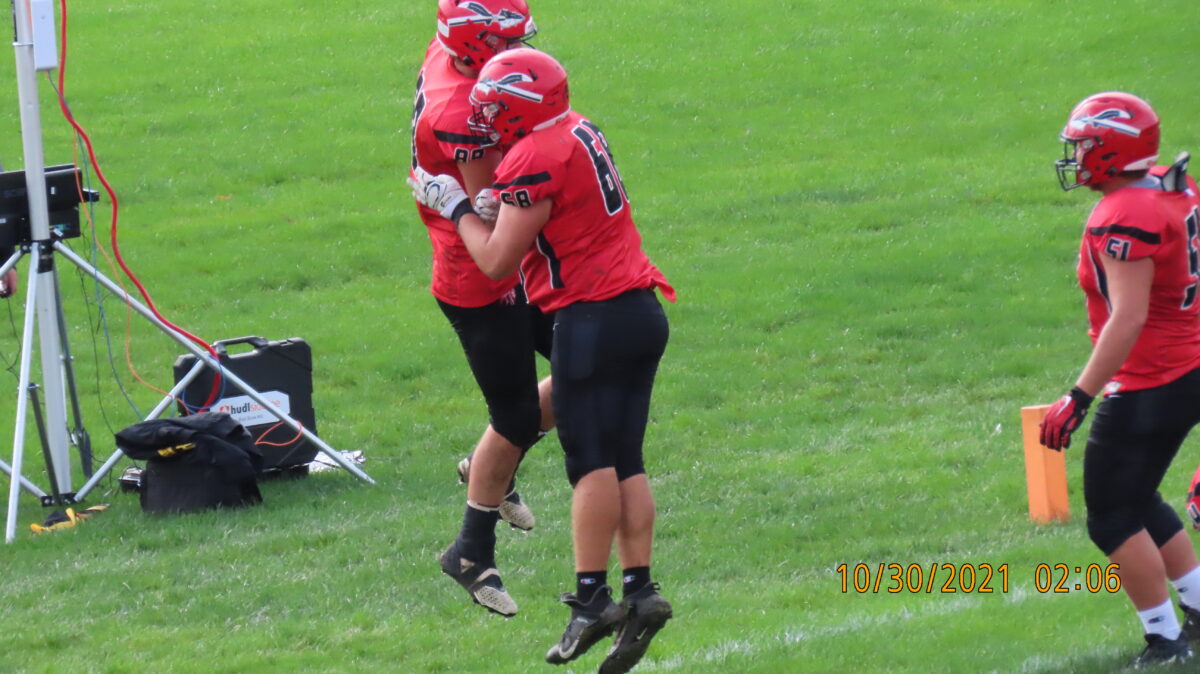 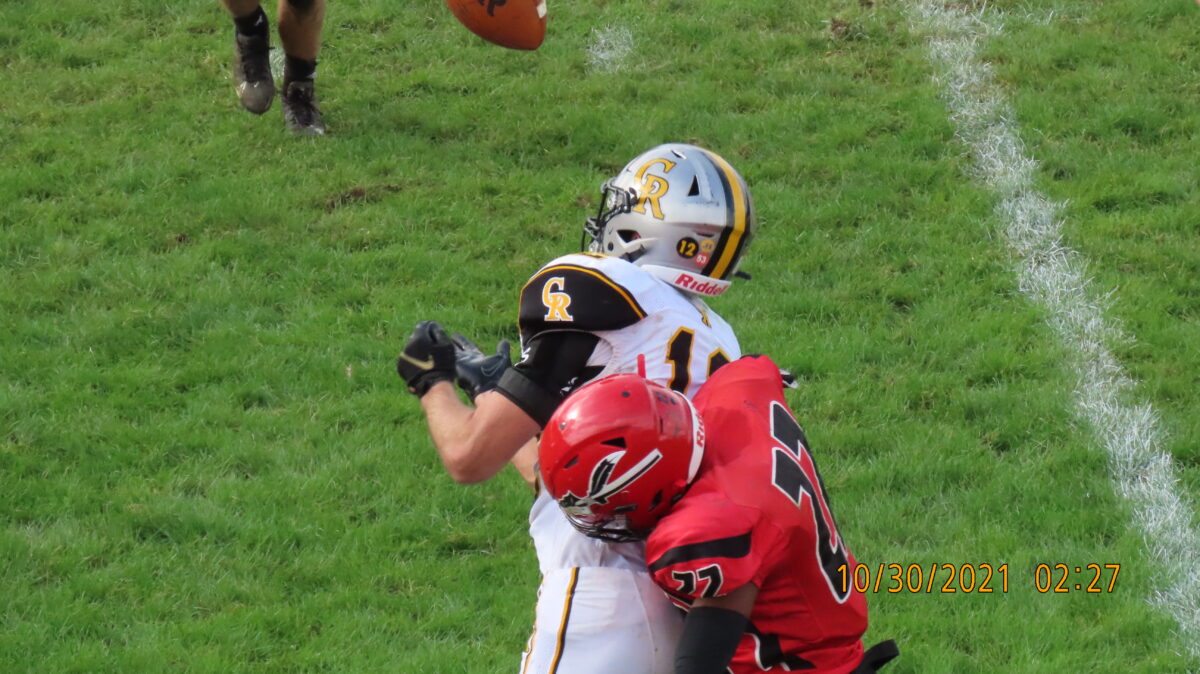 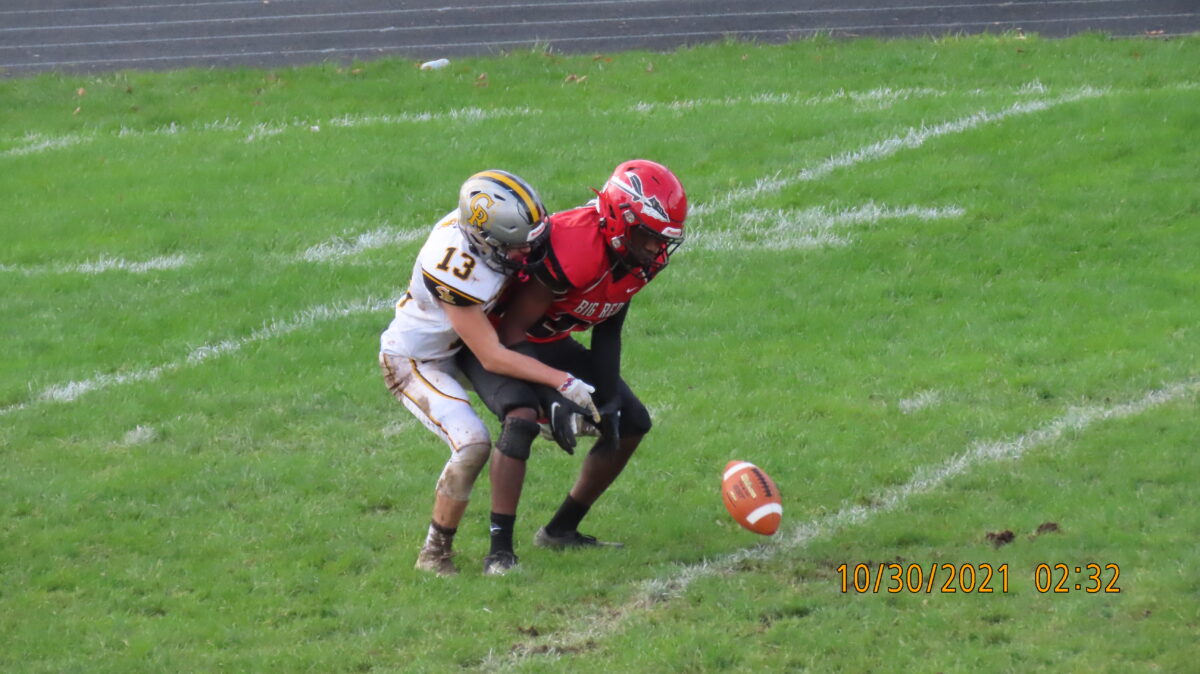 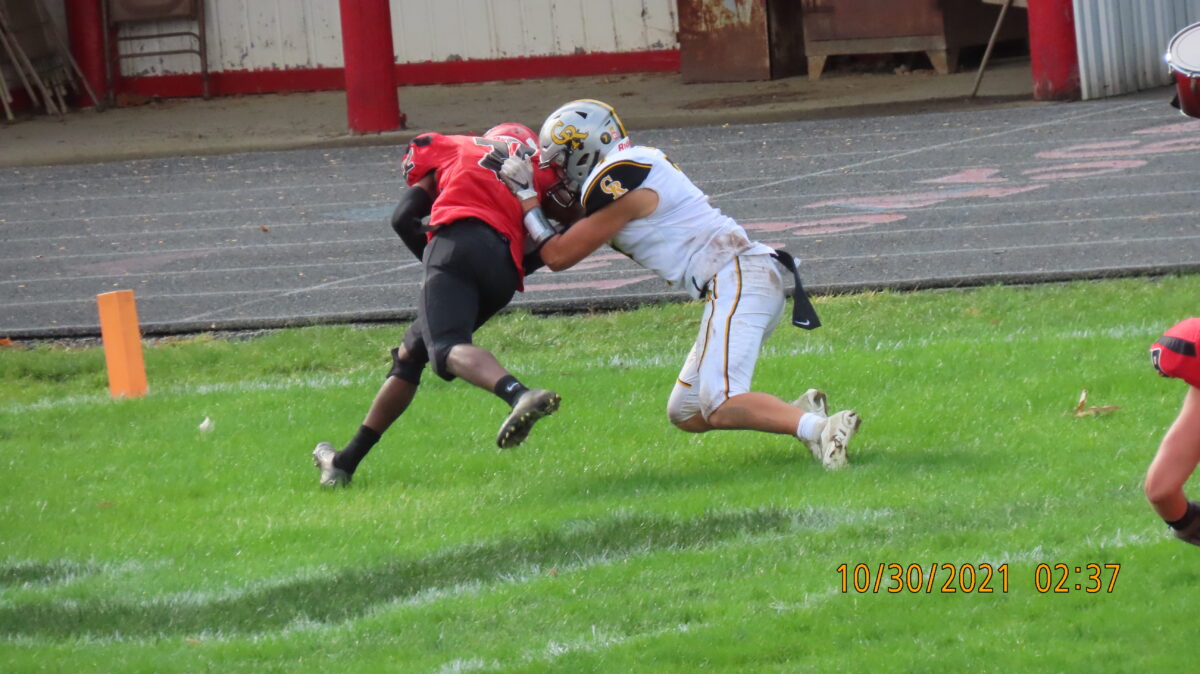 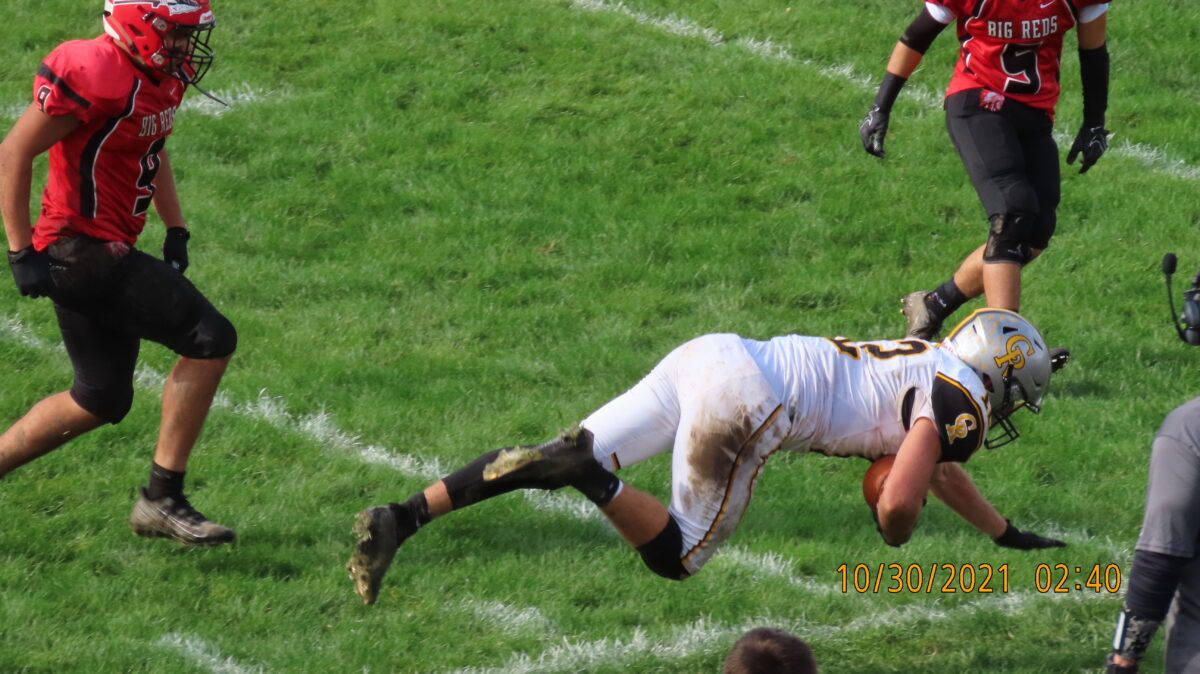 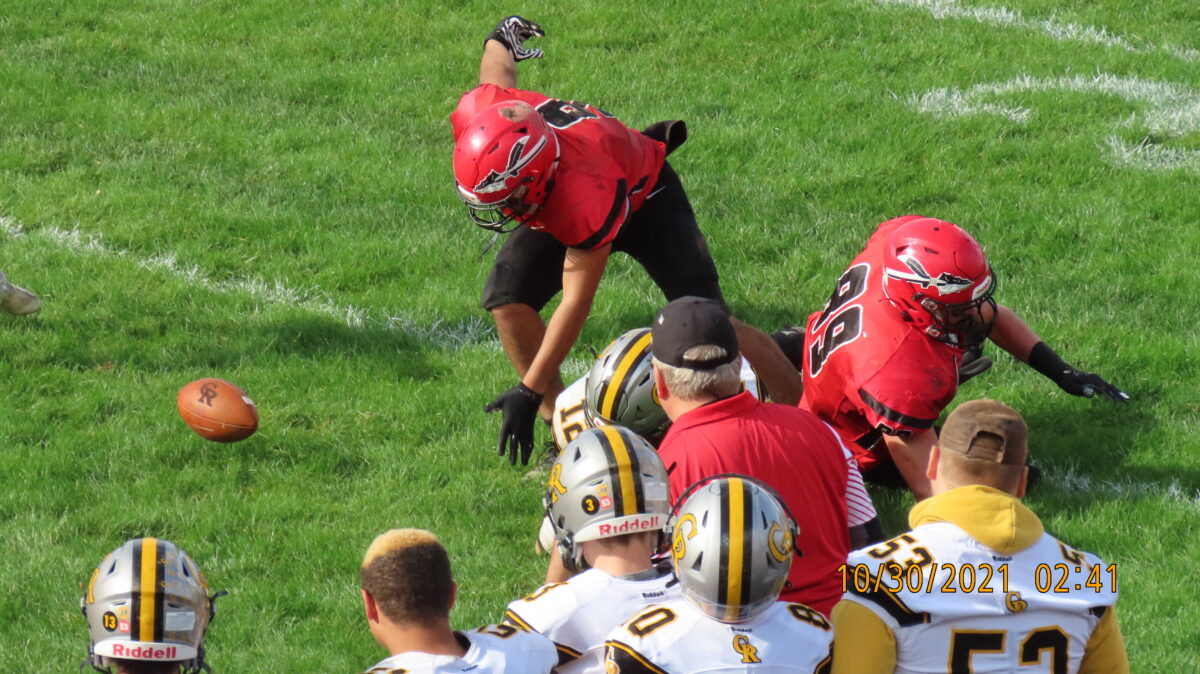 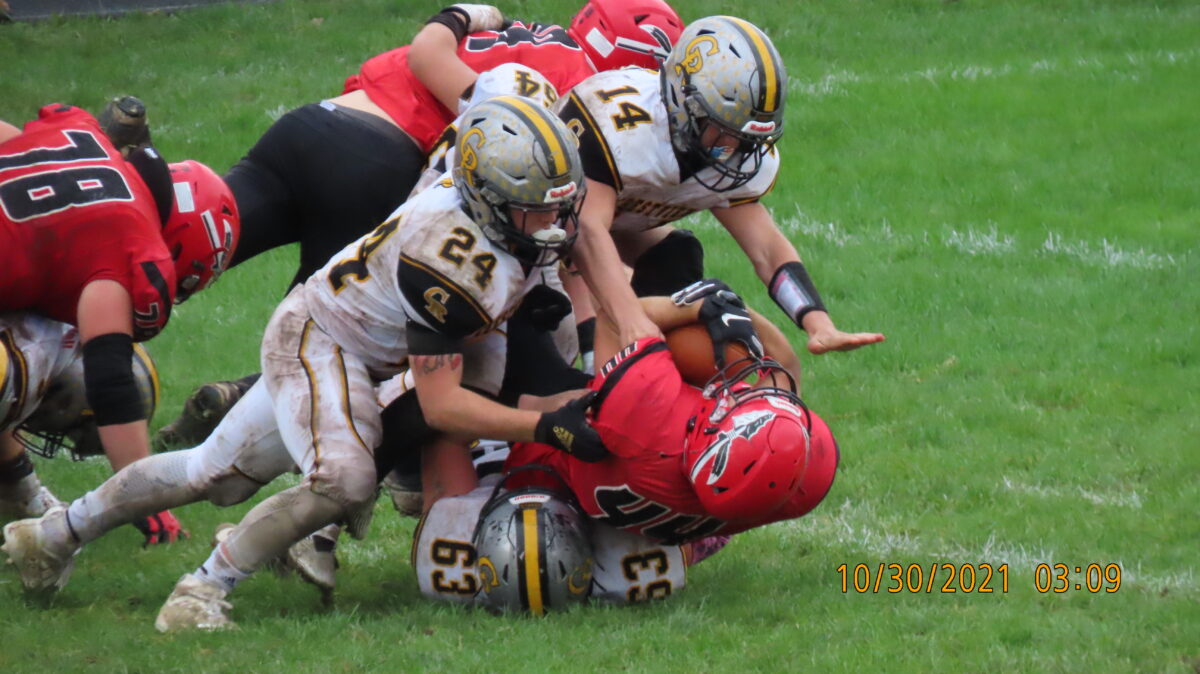 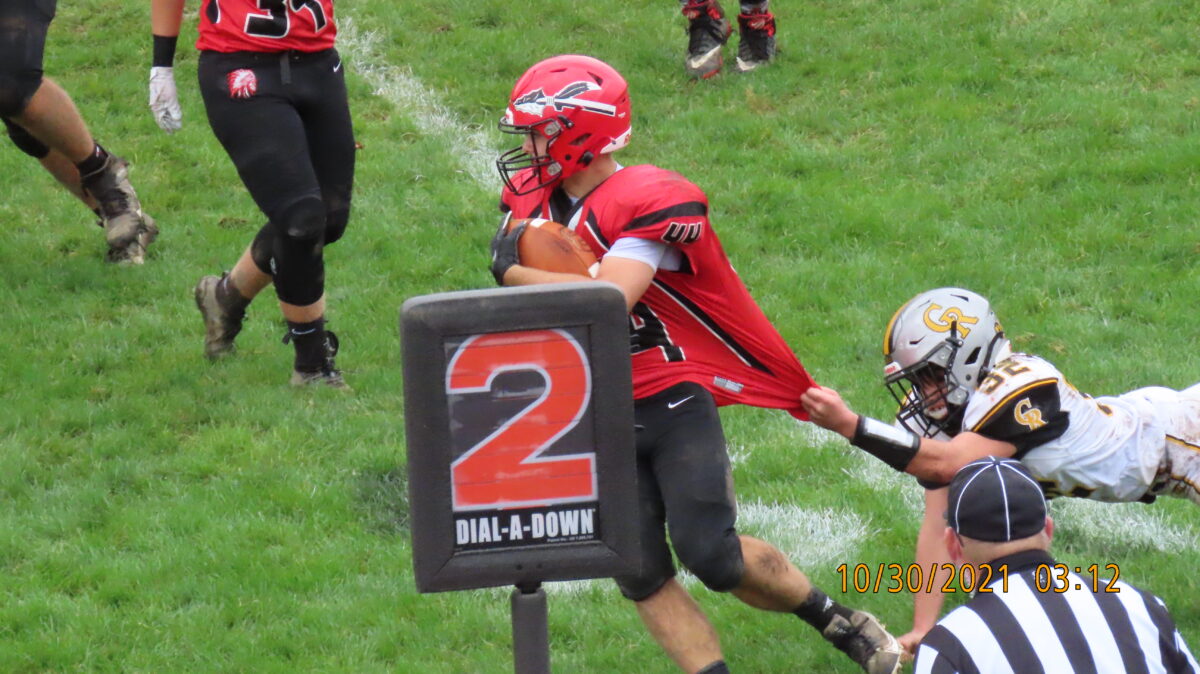 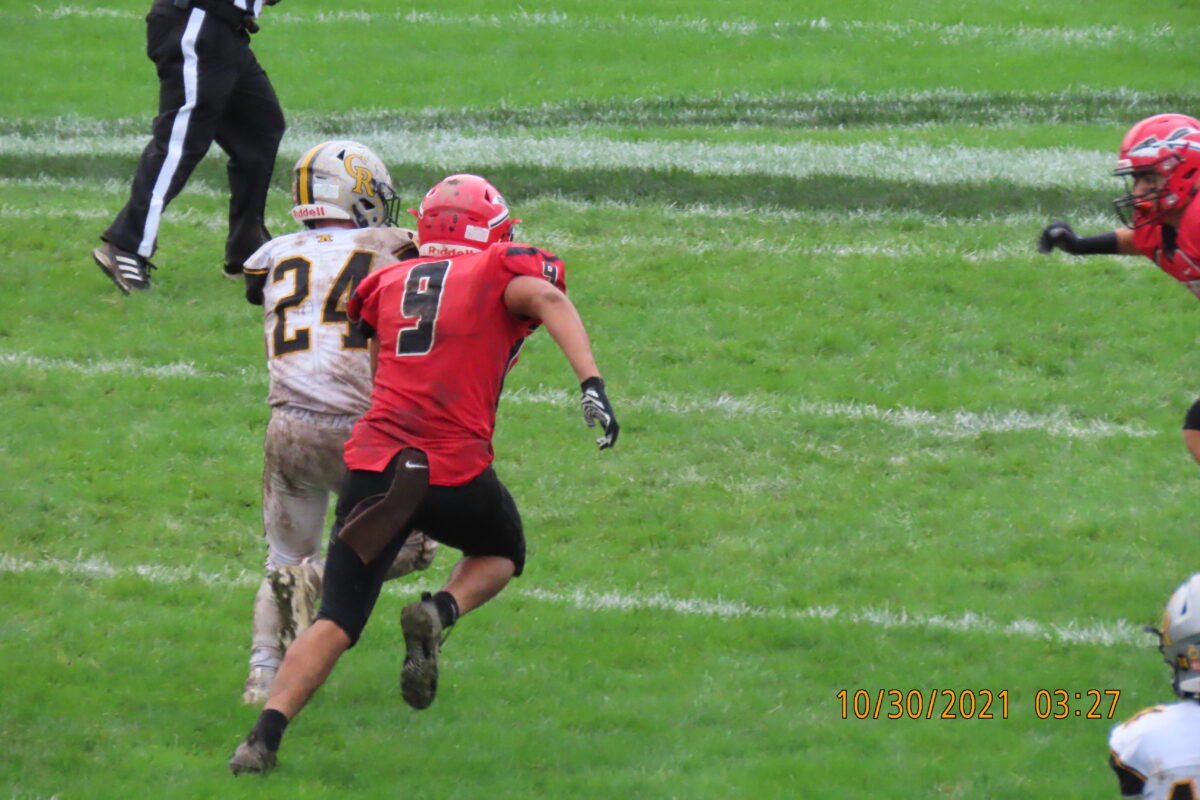 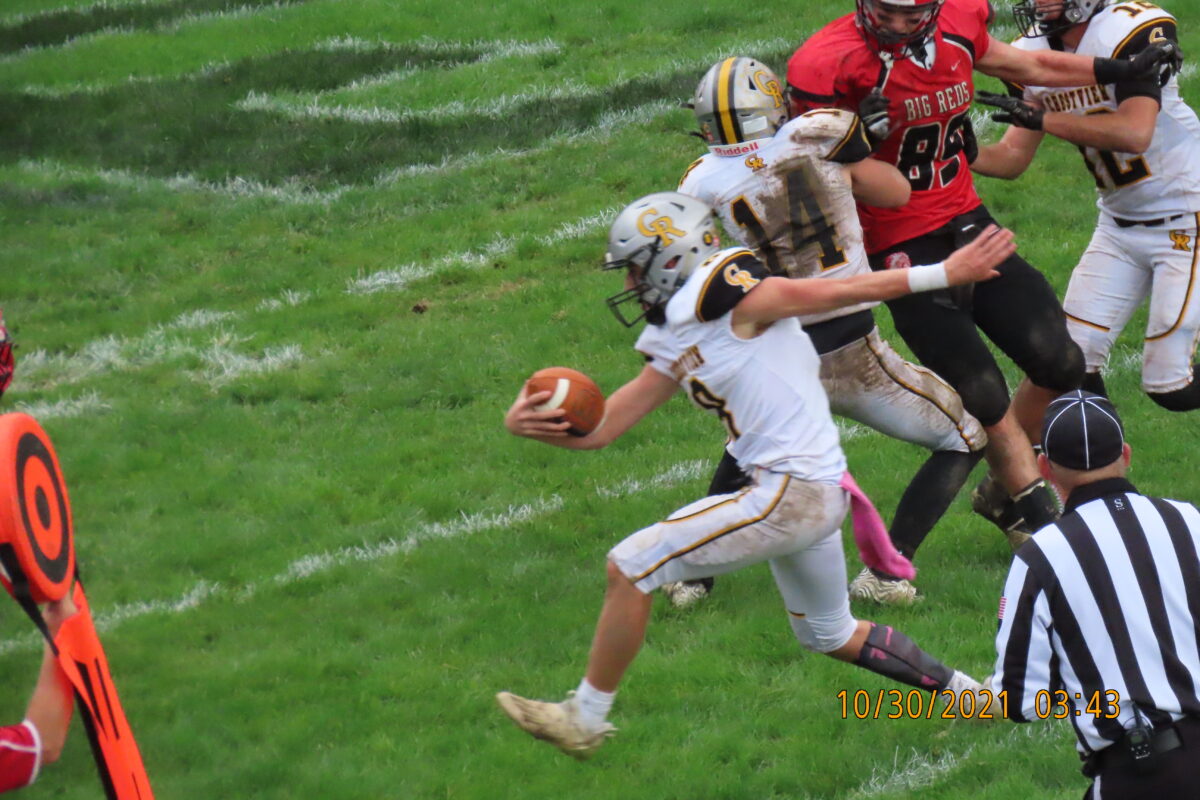 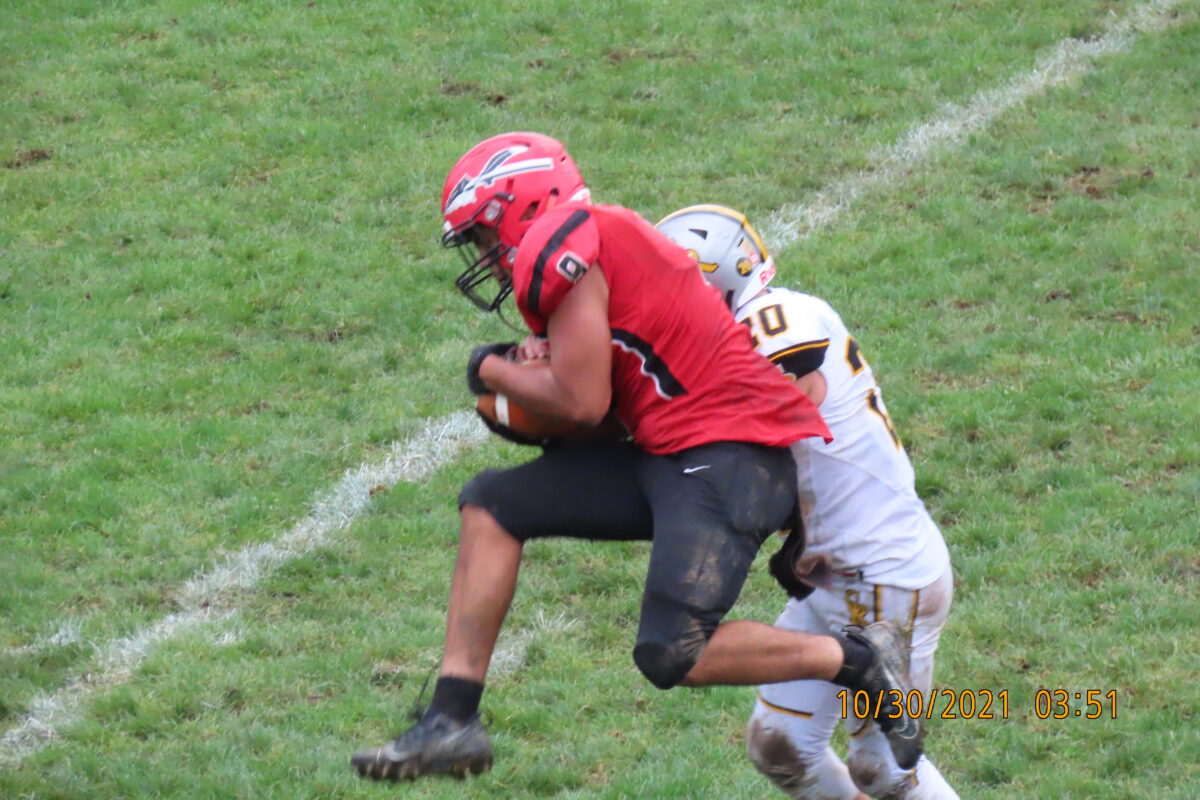 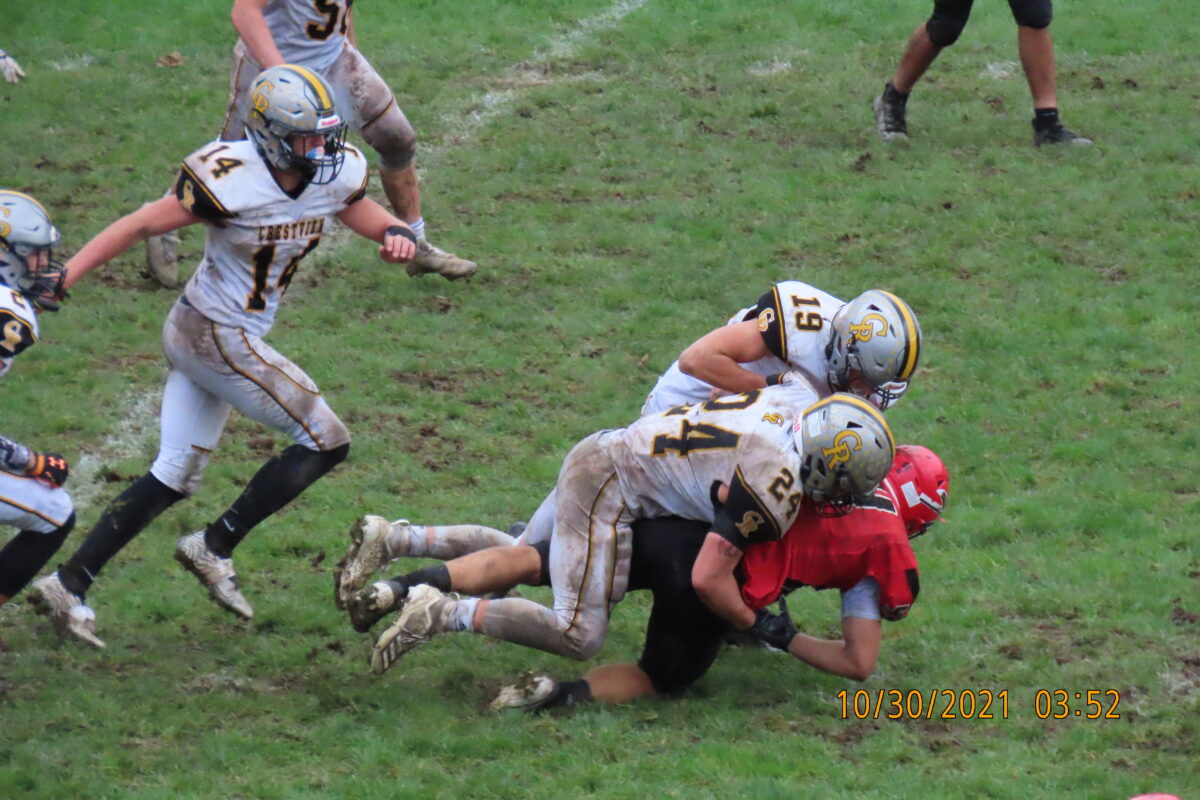 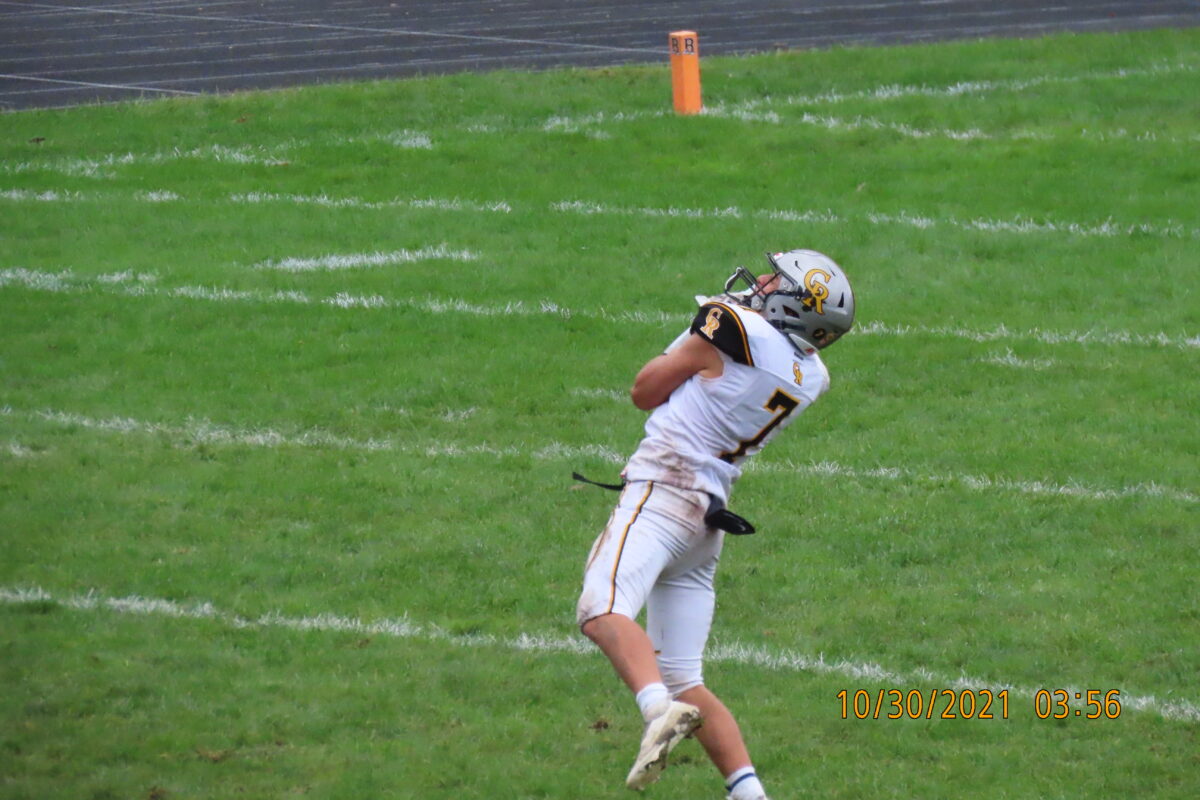 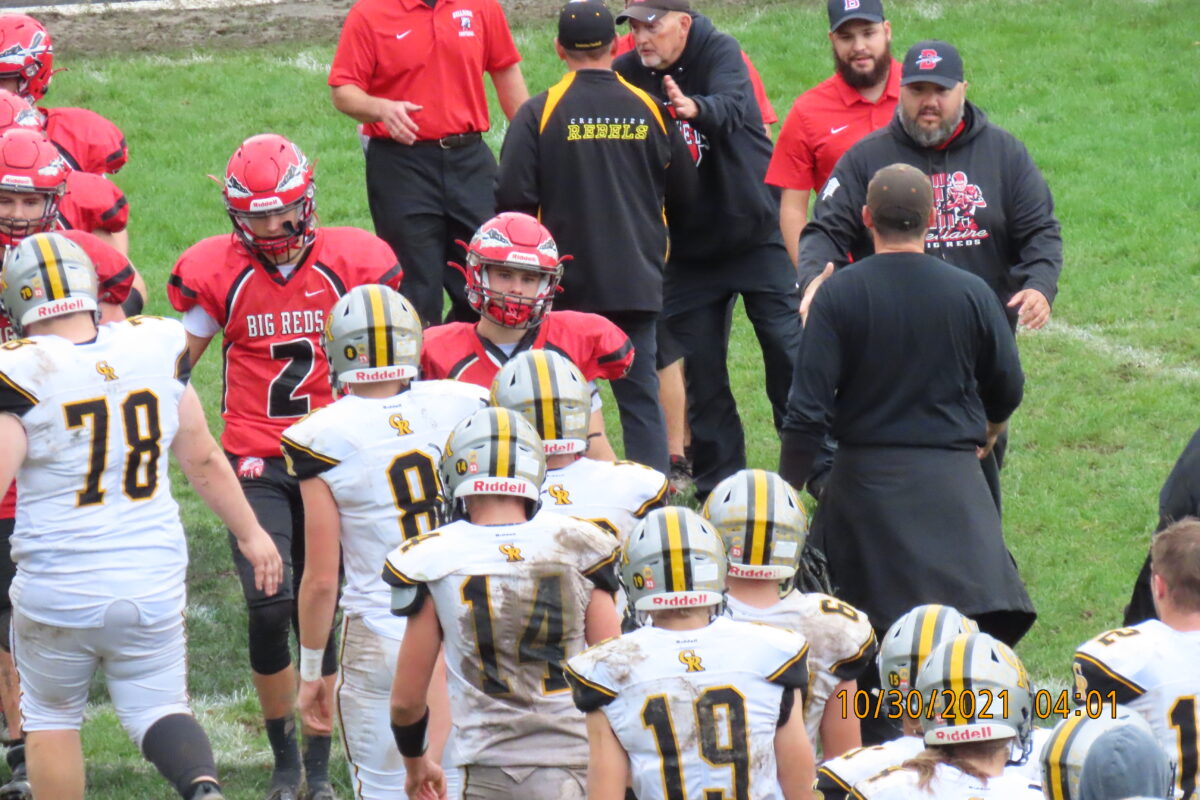