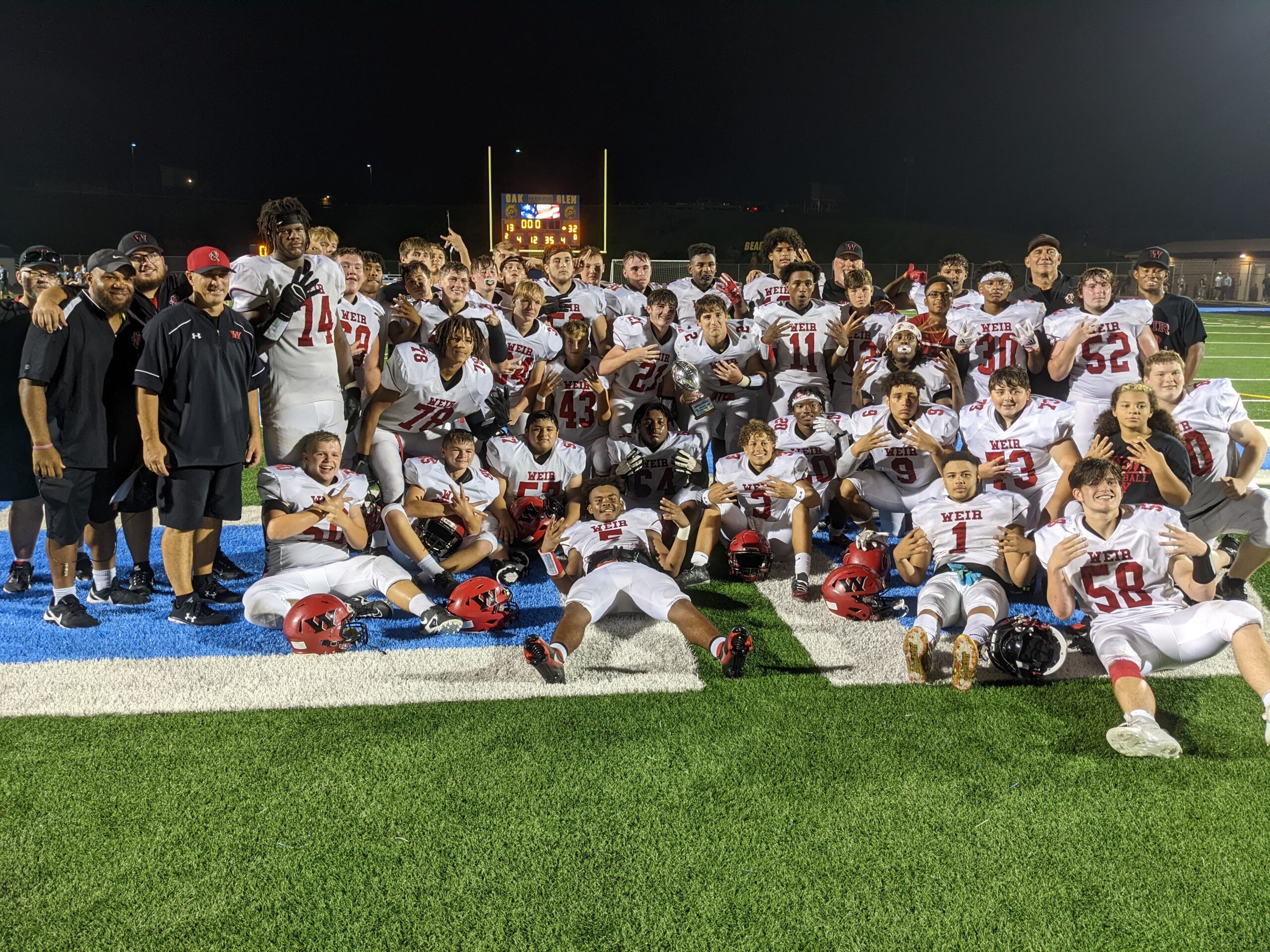 New Cumberland – Weir High School is back on top in the battle of Hancock County.

After three consecutive losses to the Golden Bears, Weir built a 32-0 lead by the fourth and never looked back on their way to 32-13 over Oak Glen Thursday night.

“When you scrimmage, you never know what you’ll get in the opener,” said Weir head coach Frank Sisinni. “We had jitters, and things didn’t come together in all three phases, and you saw that early when we shot ourselves in the foot, especially on our initial drive with the personal foul penalties.”

Devan Colson ran a reverse 36 yards for the icebreaker at 6:14 of the second quarter.

“The play that blew the game open was the reverse,” said Sisinni. “When Colson got the boundary and was off to the races, that gave us the spark.”

The Red Riders seized control of the game with two touchdowns in the minute of the first half.

Weir recovered two fumbles, including a scoop-and-score by Cameron Jones.

Weir led 19-0 at halftime, and Stromile completed 9-of-16 passes for 97 yards and the score. He also rushed for 47 yards on six carries.

“Our defensive line started to take over the game,” said Sisinni. “Cam Jones had the scoop and go, and we needed every bit of momentum we could get at that because we did the opposite to begin the game and killed our drive. That sequence was huge for us.”

After forcing a three-and-out to begin the second half, Weir extended their lead to 26-0 on Corey Lyons’ 4-yard run.

Lyons rushed for 36 yards on eight attempts, while Jamari Hubbard-Bass chipped in with 52 yards on six carries.

The Red Riders pushed their lead to 32-0 with 10:56 to play when Kanye Green hauled in a 19-yard pass from Stromile.

Green had a game-high three catches for 45 yards.

Oak Glen, who was limited to 28 yards in the first half, was able to score a pair of touchdowns to close the scoring.

“As coaches, we’ve seen this coming all summer for our defense,” said Sisinni. “There has been this edge with them. They’re controlling their gaps and getting to the football.”

The Golden Bears finished the game with 172 yards of offense.