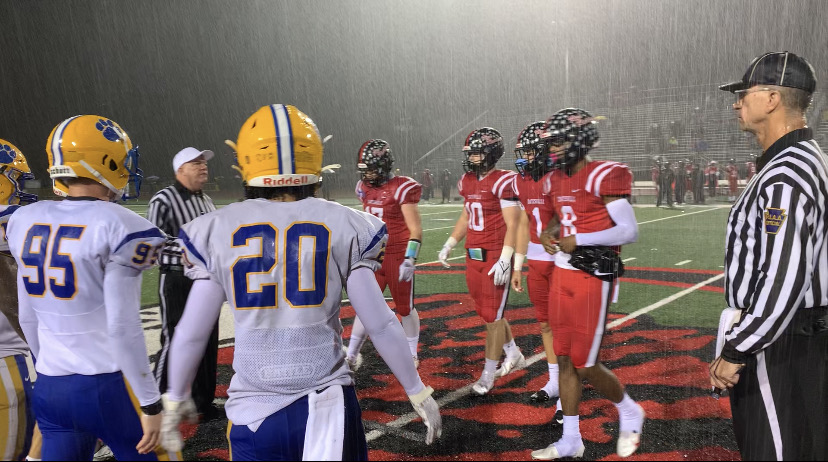 District 1 6A Round 2 Playoff Previews 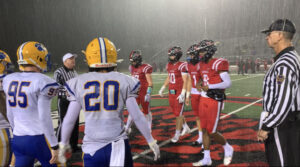 These two teams meet again for the second time this football season and it’s only right that they do.  In the previous meeting, both teams put on a fight with Coatesville being victorious in the end.  Perk Valley ran up the score 27-14 in the first half and then Coatesville pulled off a comeback win in the 2nd half on a 21-0 run to win 35-27.

In order for Perk Valley to win, they have to keep playing hard and take advantage of every opportunity that Coatesville is giving them.  Coatesville’s “Ville Mentality” per head coach Matt Ortega is the reason they fight and play until that final whistle because based on their season, they’re never to be counted out in any game.  This year is different, Coatesville doesn’t have the big time, athletic play-makers they had in the past.  They play more as team, rely on each other, and embrace their city culture to win.  Perk has contain Coatesville’s Harrison Susi who has the 4th most rushing yards in the Chesmont as a Quarterback with 958 on 148 carries.  He looks to use his mobility to make plays, but Perk Valley can’t count out his ability to throw the ball either.  Coatesville also has one of the fastest players in the state in Lebron Bessick, so that’s something else to look out for.

Coatesville has always had a chip on their shoulder and always been a top team in the state.  In their first meeting, they let up scores easily for Perk Valley and it didn’t look like they had an answer after Perk scored two TD’s with three minutes left in the first half.  Perks duo of Ethan Kohler and Dawson Debebe seemed to be clicking and the Red Raiders didn’t have an answer until they made some adjustments.  The duo connected for eight catches for 181 yards and two TD’s.  Perk Valley registered 312 yards in the first half and just 61 total in the second.  Coatesville just has to play team and stay disciplined and let their anchor QB Susi lead them to another playoff victory, as a junior. RB Ashon Wesley is another name to keep in eye out for if healthy.

Quakertown and Downingtown East will face off in the 2nd round in the first time since the 2014-2015 season.  Downingtown East traveled to Quakertown on a cold, windy Friday night and earned the 21-0 shut out on their home field.  Based on record, Quakertown (11-1)nwas supposed beat Downingtown East (8-3) that night.  This time around, it could go either way.  Quakertown is currently undefeated and look to continue to their streak this weekend when they are now the visiting team.

Quakertown averages 35 Ppg, which means they have scent for the end zone.  Tyler Woodman has 182 carries for 1323 yards and 17 touchdowns on the season.  He is coming off of an two touchdown performance against their rival Soudertown this past Friday.  Zach Fondl is also another threat to watch out for totaling 708 yards on 38 catches which averages out to 79 reception yards per game.  He’s also accounted for 18 touchdowns and plays Defensive End too.  Quakertown has to score early and prevent Downingtown from scoring early.  Downingtown has a thing for getting up early in the game and then not finishing the way they would like to at the end by giving teams chances to win.

Downingtown East has their RB duo of Bo Horvath and Josh Asante to carry the load on the ground.  QB Jamy Jenkins is coming into his one and can score on the ground when need be.  Horvath is the second leading rusher in the Chesmont with 263 carries for 1718 yards and 14 TD’s as a junior. Although his main sport is lacrosse, you couldn’t tell by the production and effort he puts into running the football under head coach Mike Matta.  Downingtown East looks to run the ball and place emphasis on their offensive line to bully the opposing teams linemen.  The Cougars need to play all four quarters of football to give them a chance and eliminate the mistakes down the stretch.