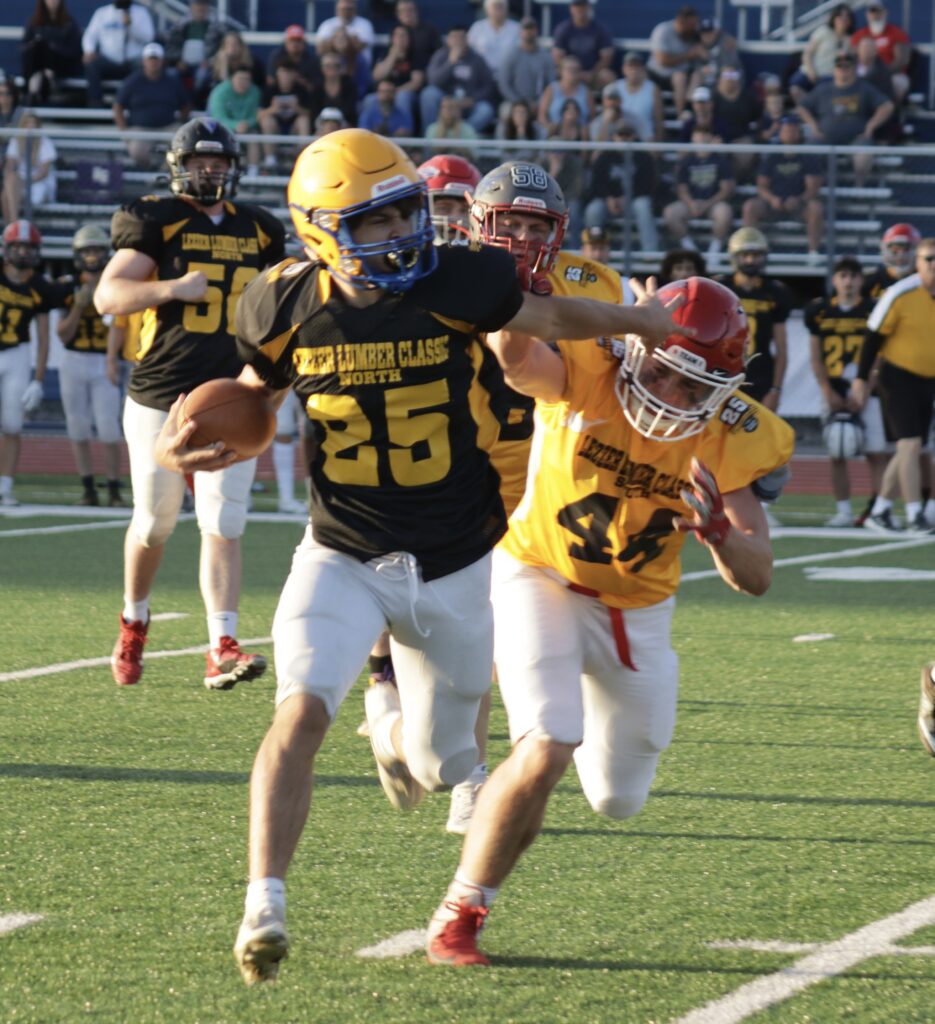 On a beautiful evening for football, one of the great names in Pennsylvania high school football, Glendale’s Suds Dubler accounted for all six of the North’s touchdowns to lead his team to a 44-34 victory over the South squad in the Lezzer Lumber Classic all-star game that features recently graduated seniors from Districts 6 and 9. “I ran the wildcat at Glendale but never threw a pass, I just ran the ball,” Dubler emphasized.  The North’s offensive MVP, who was grinning like a cheshire cat also stated, “this was quite an experience.”

38 yard keeper by @SudsDubler makes it a 15-14 @LezzerLumber south lead with 7:59 to go in the first half pic.twitter.com/efRoHSkUw8

The North, who trailed 14-0 early in the second quarter, responded magnificently by tacking 32 points on the board before the half.  Young Mr. Dubler hit Clearfield’s Karson Kline three times for scores in the second stanza.  The first was a nice 55-yard toss at the 10:41 mark.  Less than three minutes later Dubler broke off a 38-yard run to help his team go up 16-14 as a result of Curwensville’s Jake Mullins’ two 2-point kick conversions.  (One of the unique rules of the Lezzer game is that if a kicker nails a 30-yard kick on the point after, it is worth two points.)

Then, after the South took a 20-14 lead with just over 3 minutes remaining in the half Dubler threw the other two TD passes to Kline in a matter of 21 seconds.  The North scored with 1:10 left on a short Dubler to Kline pass and catch.  Disaster struck the South when they proceeded to cough up a fumble on the first play after the kickoff that Clearfield’s Hayden Kovalick scooped up and returned to the South 8-yard line.  Kovalick was named the North’s defensive MVP.  From there the Dubler-Kline connection made it three TDs for the quarter.  “I just wanted to hit Karson and let him do his thing,” Dubler said, “he’s a terrific receiver.”  Two more 2-point kicks by Mullins upped the score to 32-20 after two quarters.

Dubler ran 41 yards to paydirt in the third quarter to lift his team to a 38-20 lead, but the South eventually scored twice to close the gap to 38-34.  In the last quarter, facing a third and seven at the South 32, Dubler scrambled and found Clearfield’s Nate Natoli to salt the game away with a minute and eight seconds left.  Tim Janocko of Clearfield coached the North and stated, “Dubler is such a great kid and a great athlete.”  This was the 12th Lezzer All-Star game Janocko coached in, 6th as head coach.  Nick Lorvich of Bellwood-Antis was the head coach for the South.

The South jumped out to a 7-0 lead in the opening quarter when their offensive MVP, Jacob Condo of Juniata, tossed a scoring pass to Jake Johnson of Juniata Valley.  “This game was a lot of fun and so was practice all week.  I made some new friends,” was Condo’s comments after the contest.

On the first play of the second quarter, the South’s defensive MVP, Parker Gregg of Central intercepted a Burns pass and raced 42 yards for the score to put the South up by two scores, 14-0.  The South’s only score in the second quarter came on Gregg’s 4-yard run up the middle which at the time gave the South the short-lived 20-14 advantage.

Gregg, who had to be considered for offensive MVP too, scored both of the South’s second-half touchdowns.  The first came on another short plunge and the second pulled his team within four points when he caught a 29-yard pass from Tyrone’s Lambert Palmer with a little over six minutes left in the game.  (Another unique Lezzer Classic rule allows a team who trails by nine or more points in the final quarter to elect to receive the kickoff instead of kicking off themselves.  That rule allowed the South to get back into the game.)

The game was held in Philipsburg at the new turf field adjacent to Philipsburg-Osceola High School.  There were new Lezzer Lumber All-Star game records set by Parker Gregg by scoring 4 touchdowns and thereby scoring 24 points, Suds Dubler by throwing 4 touchdown passes and accounting for 6 touchdowns by scoring 2 himself, and Karson Kline by catching 3 touchdown passes.  The game was the second-highest in most points scored with 78.  Only the 2008 game scored more with 80. 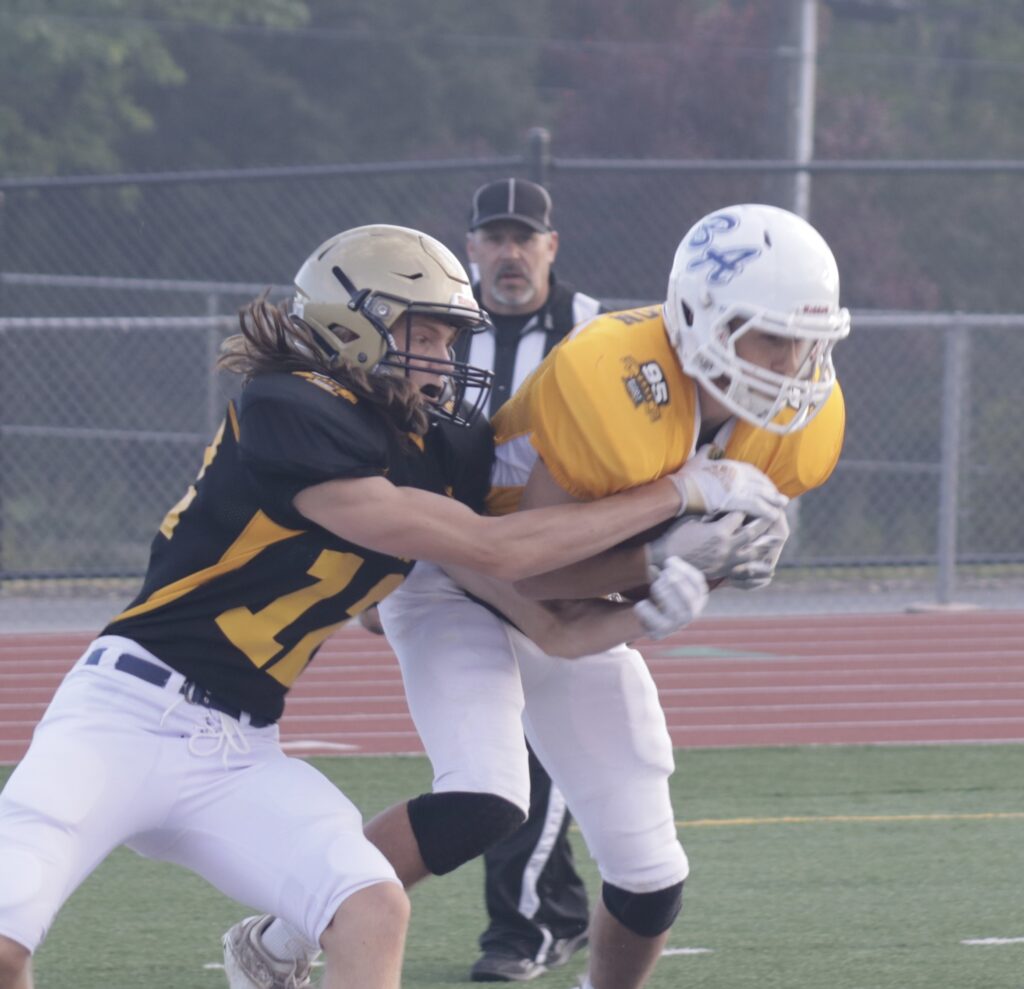 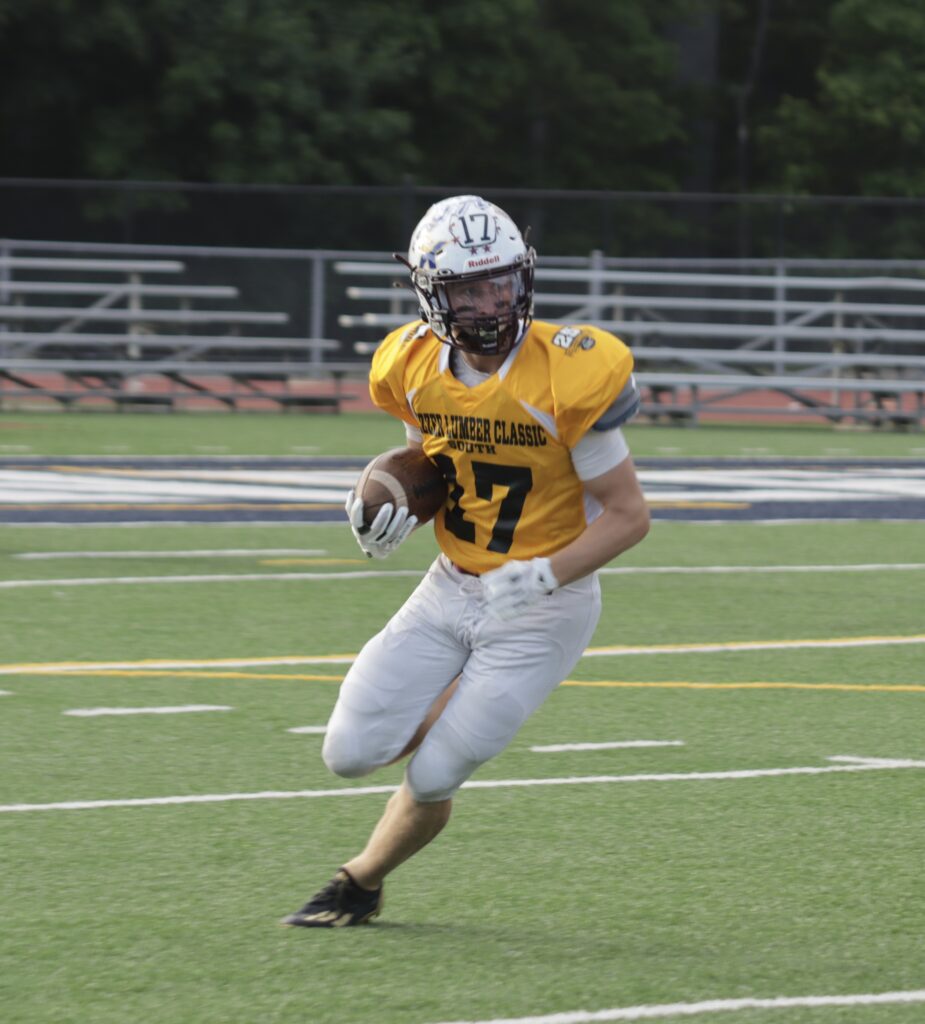 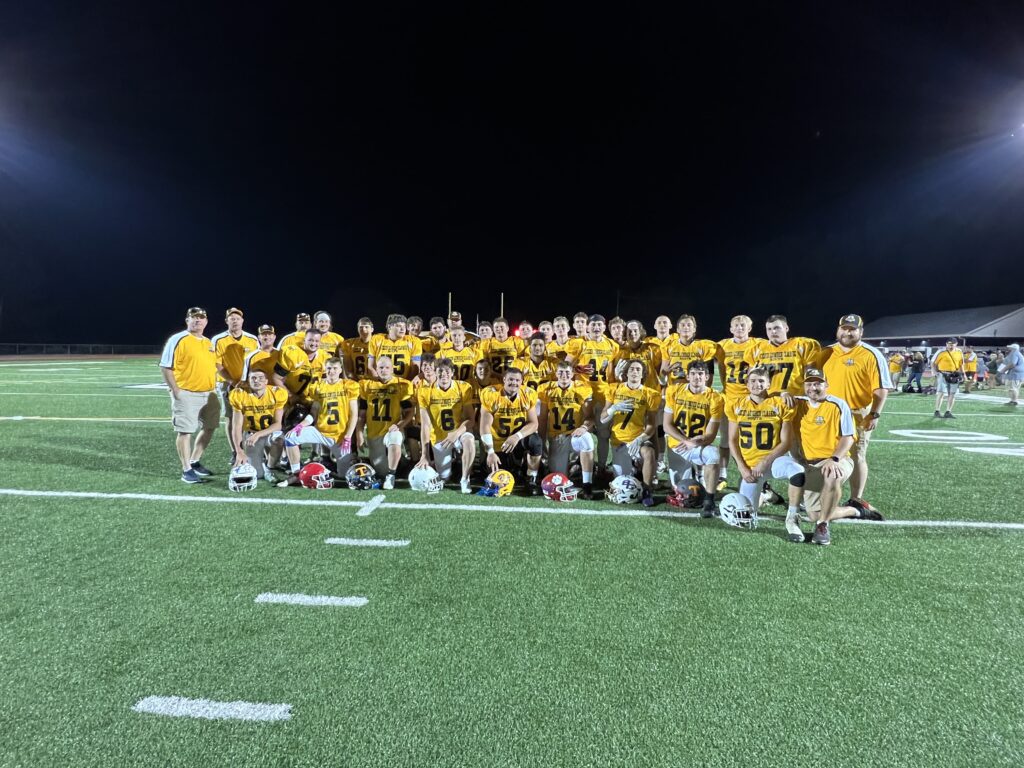 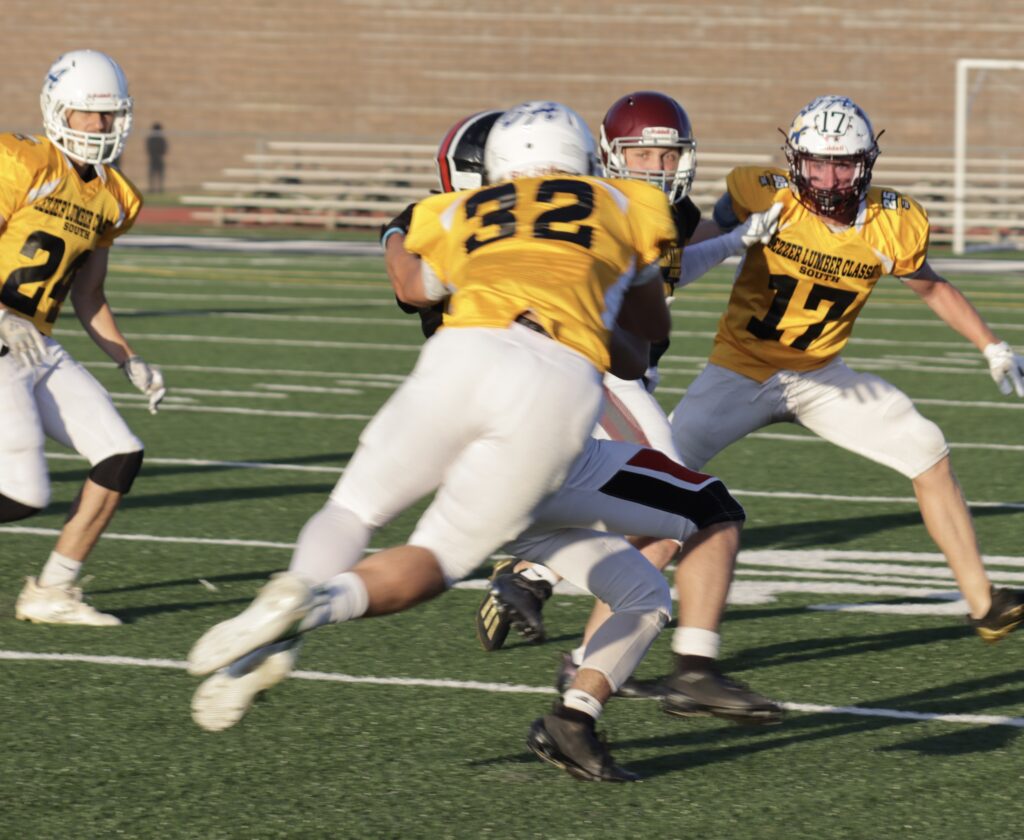 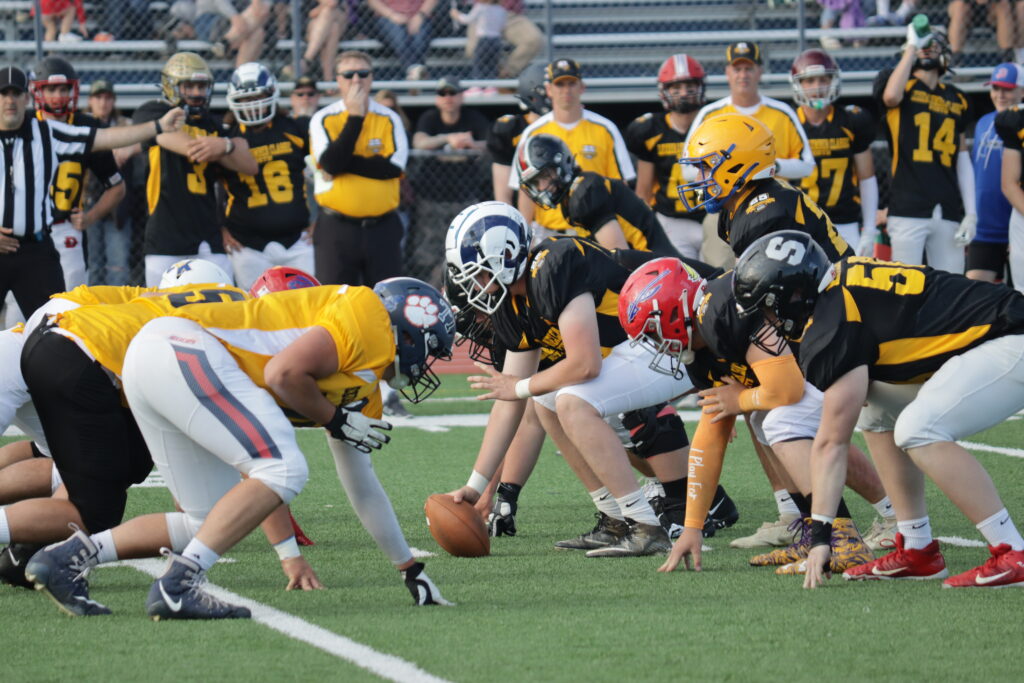 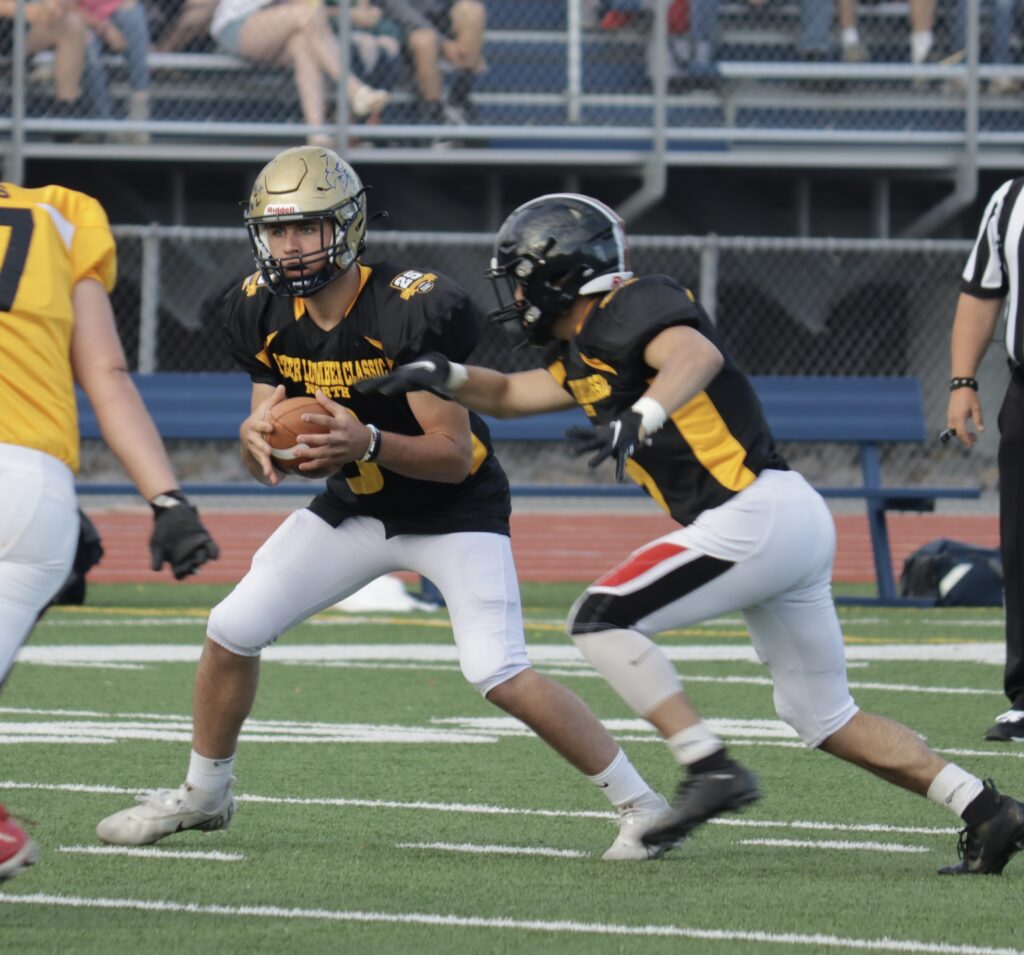 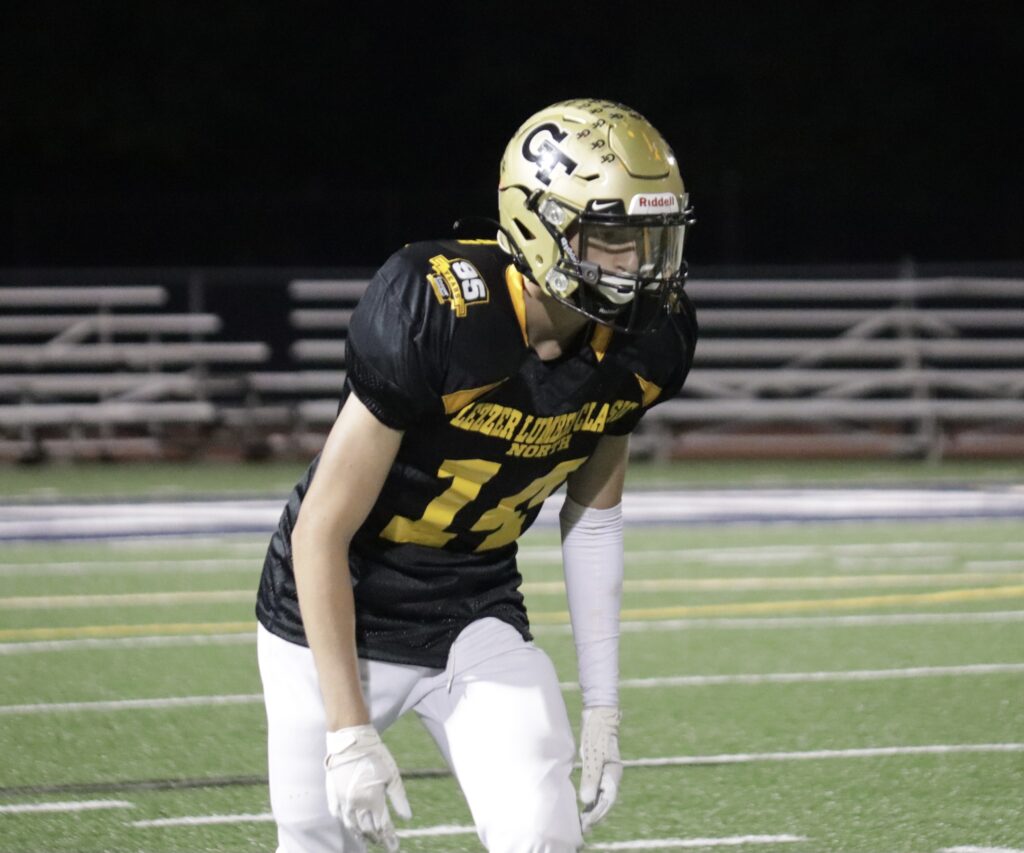 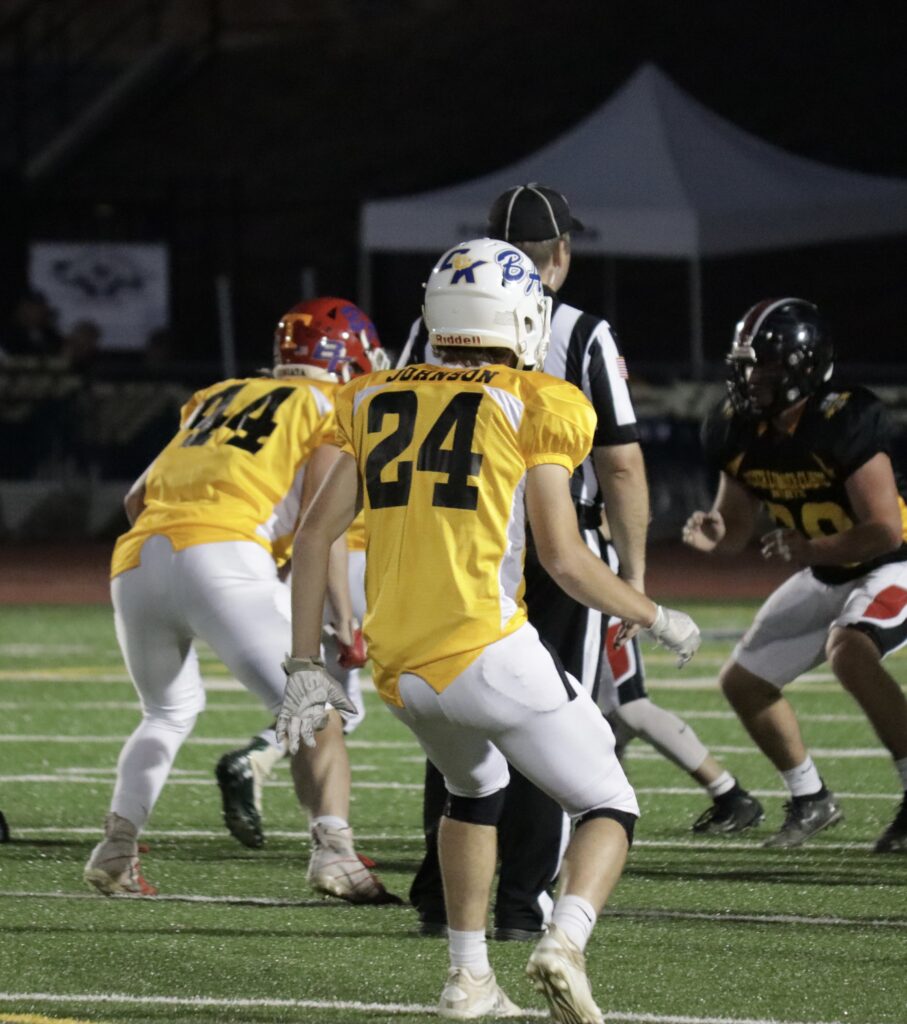 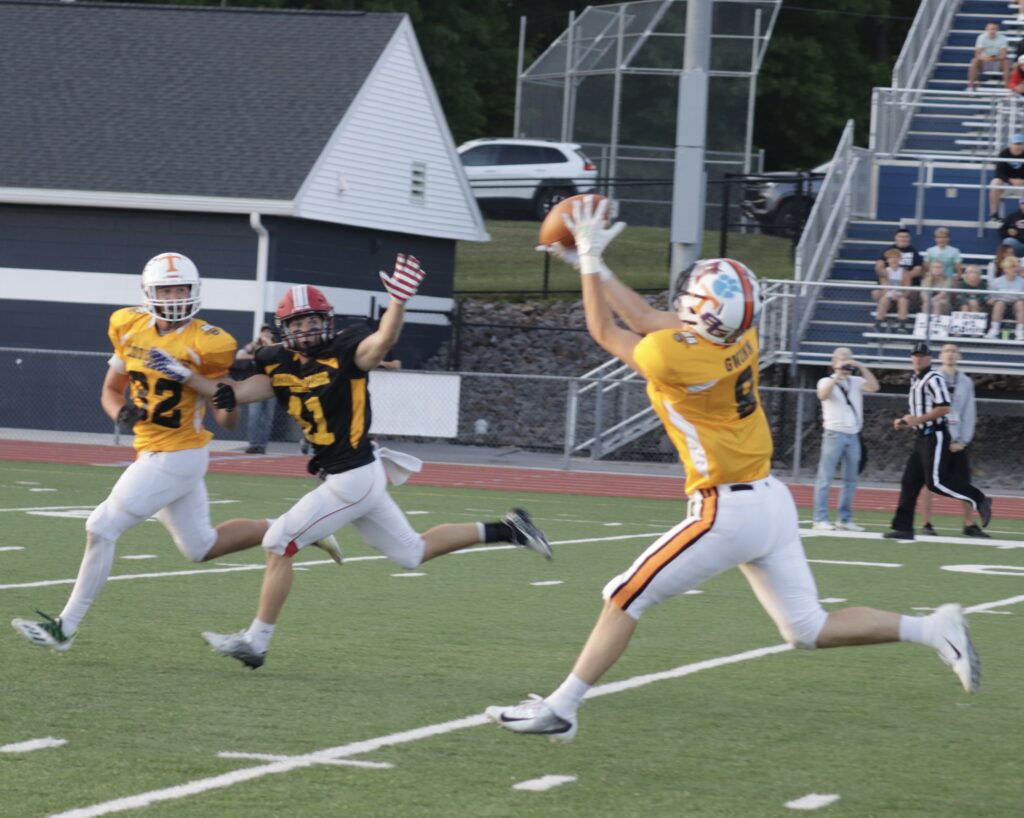 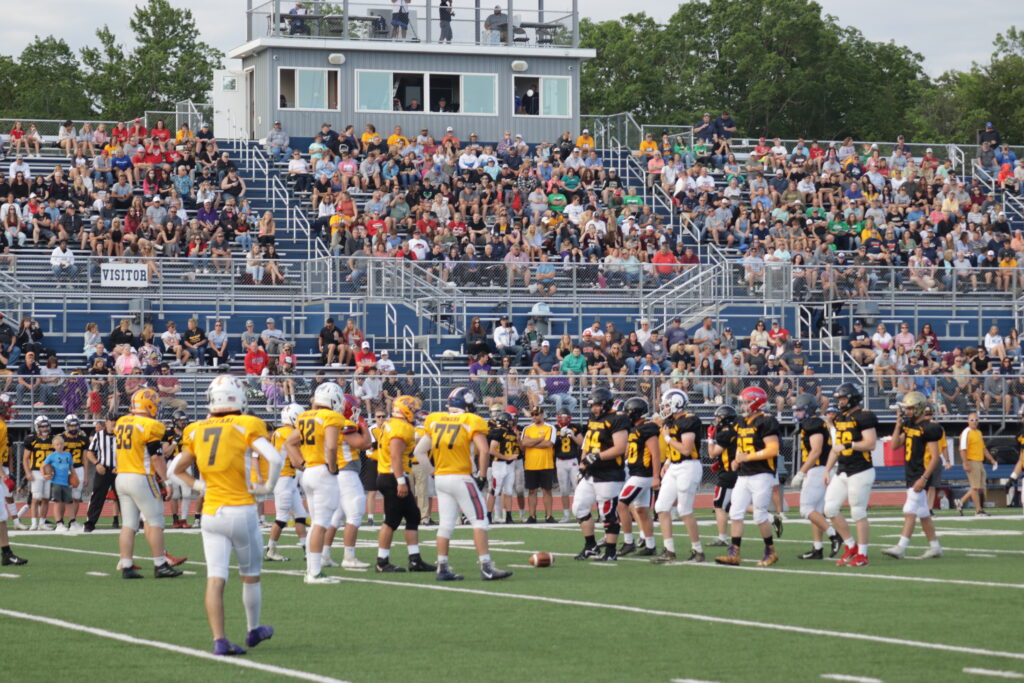 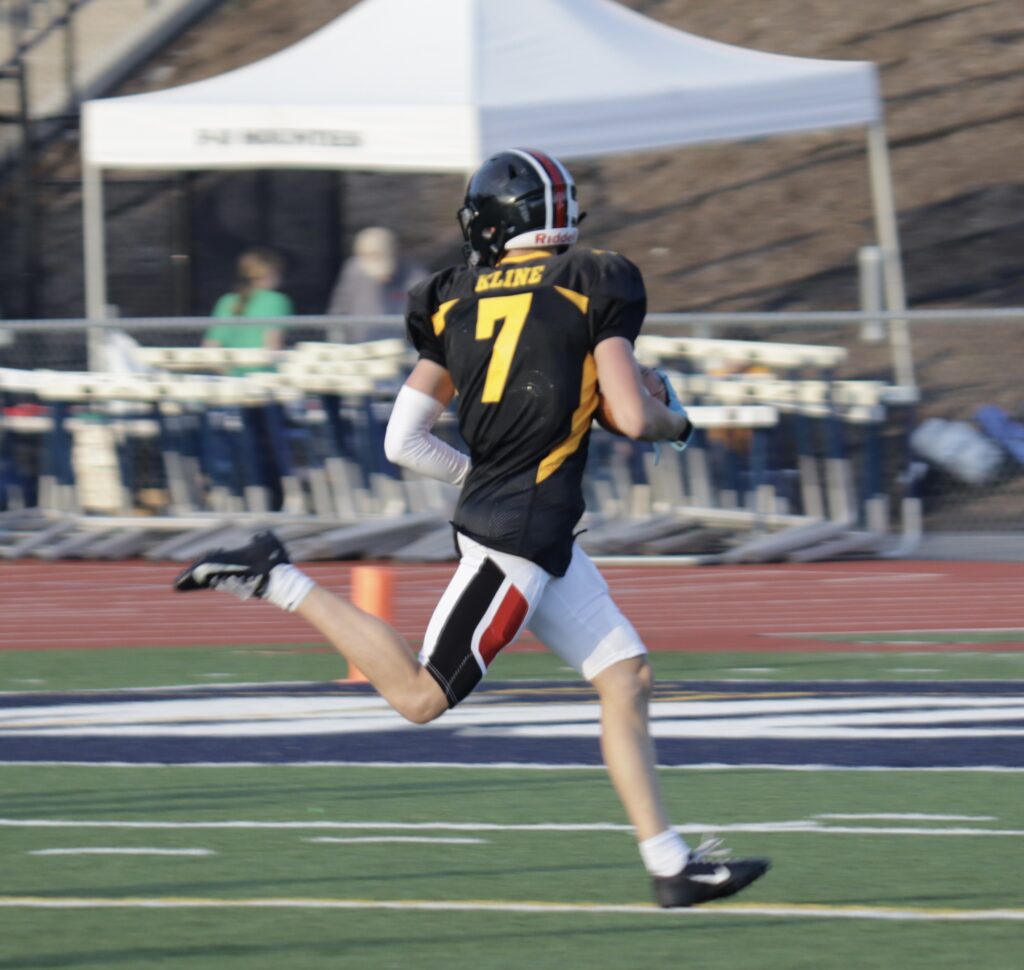 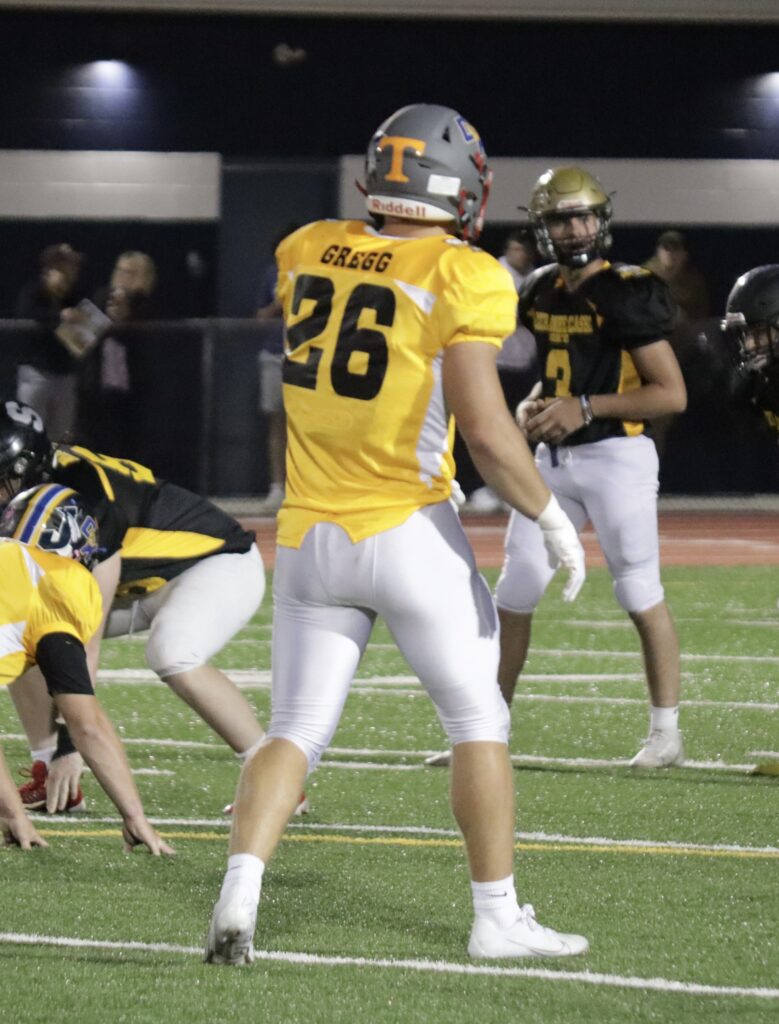 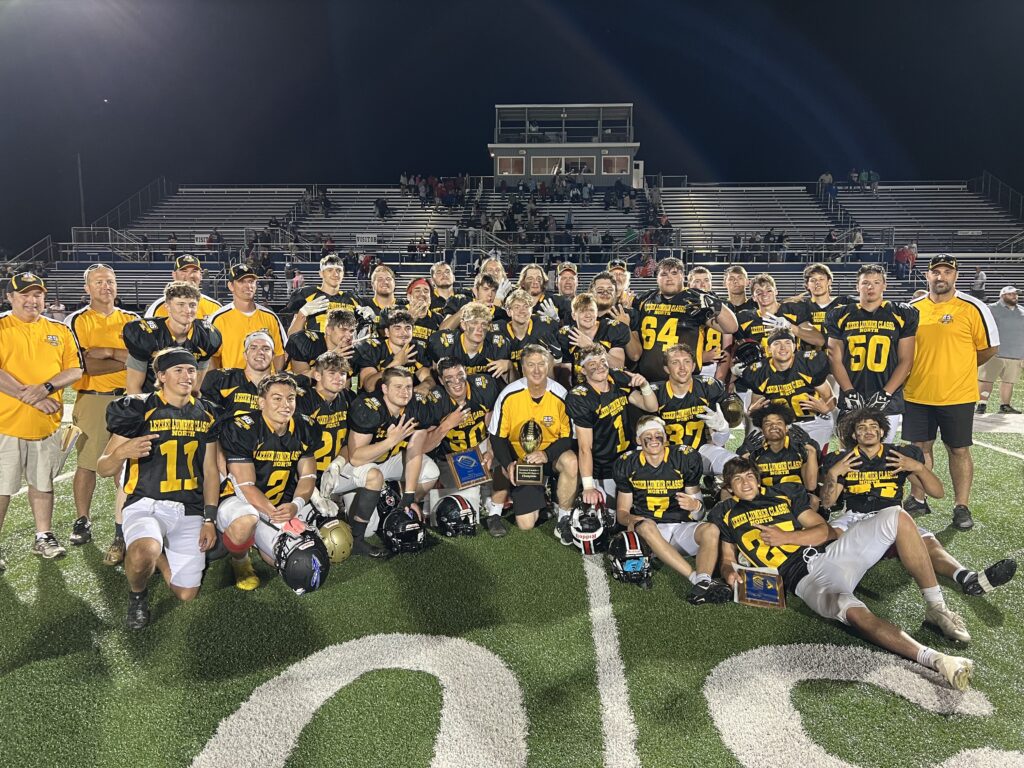 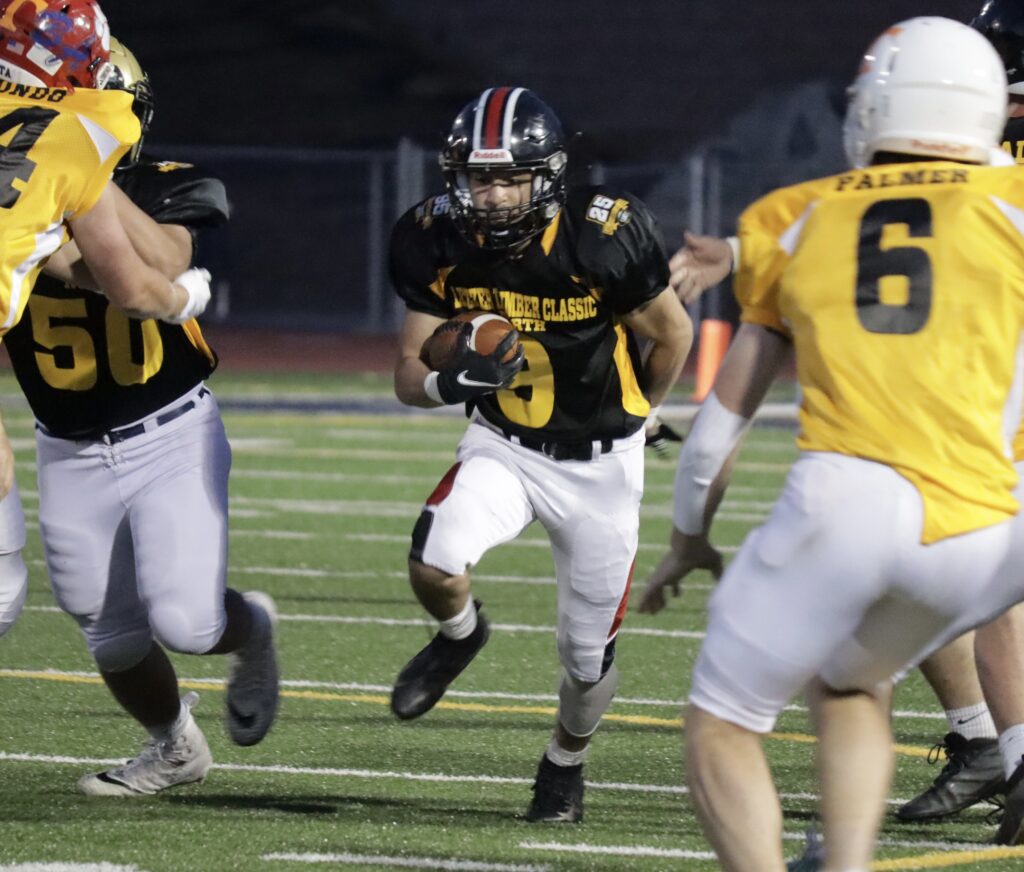 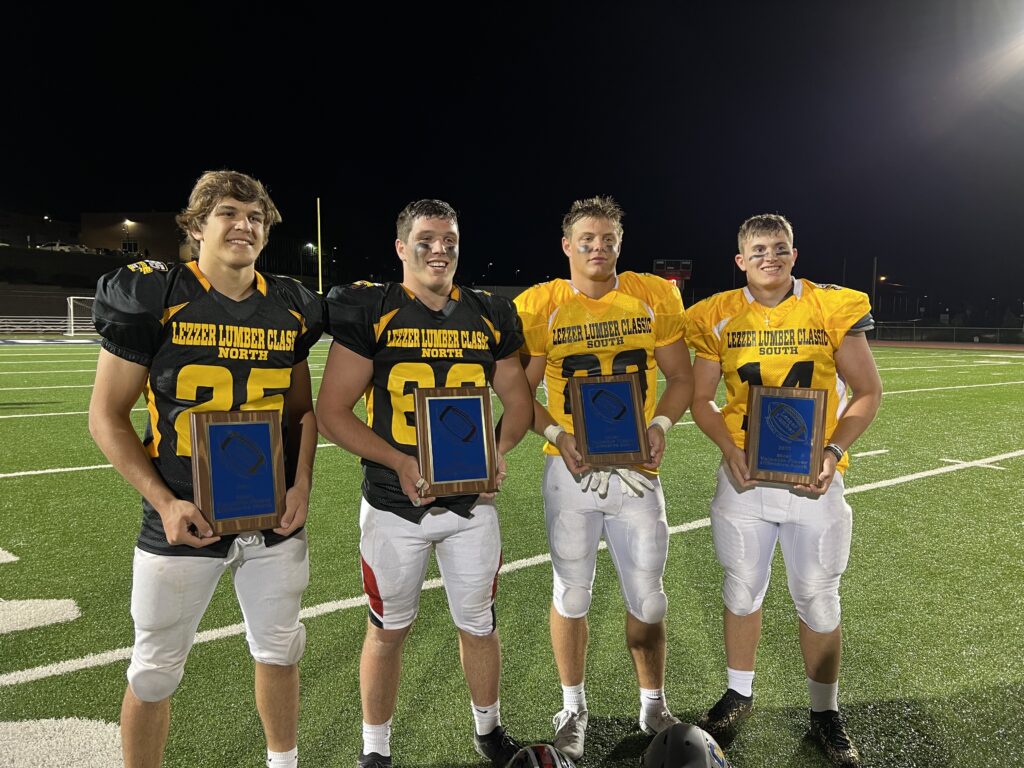 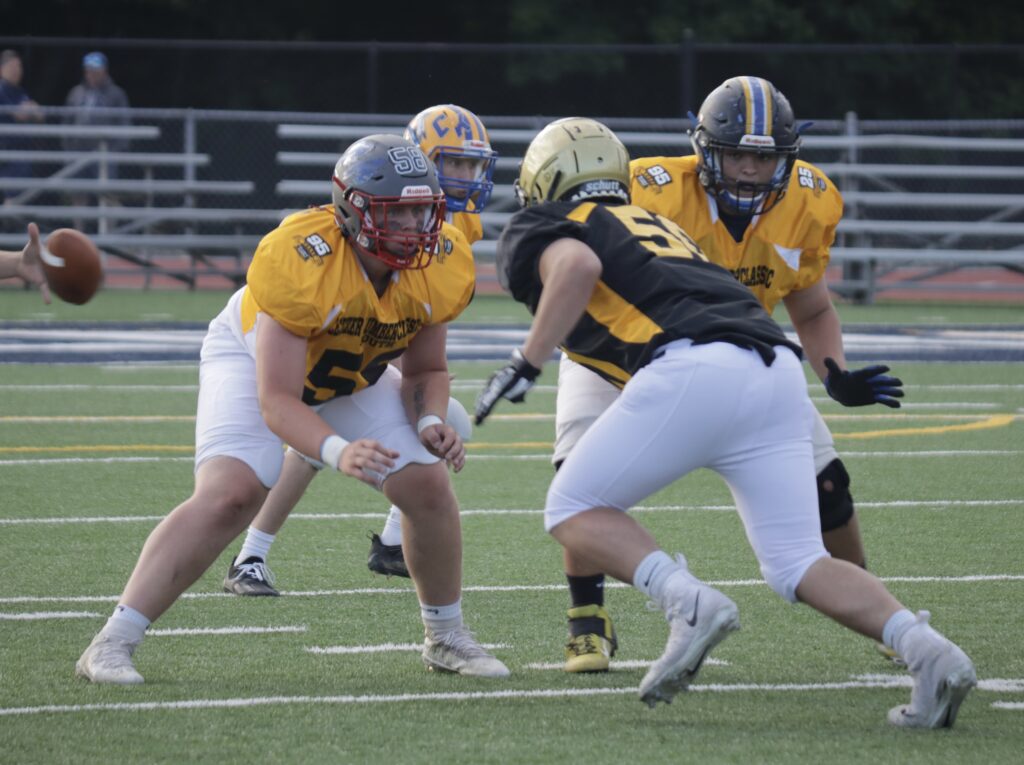 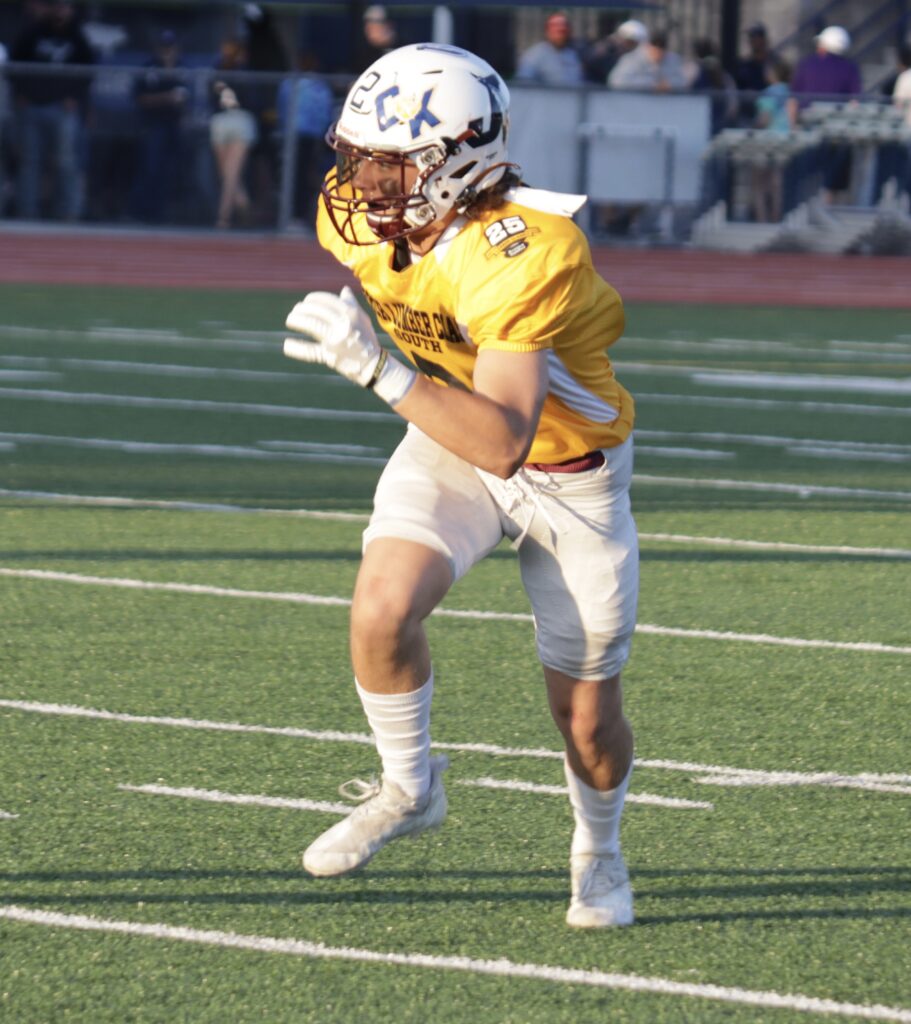 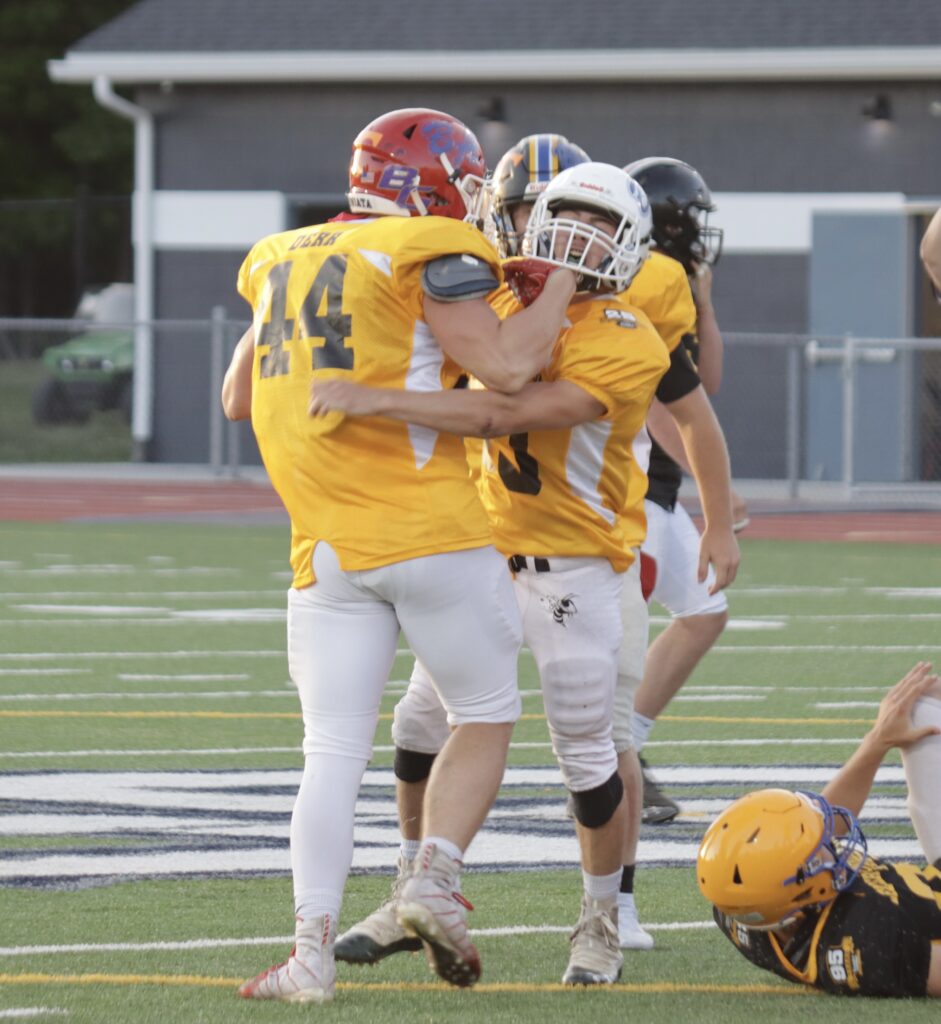 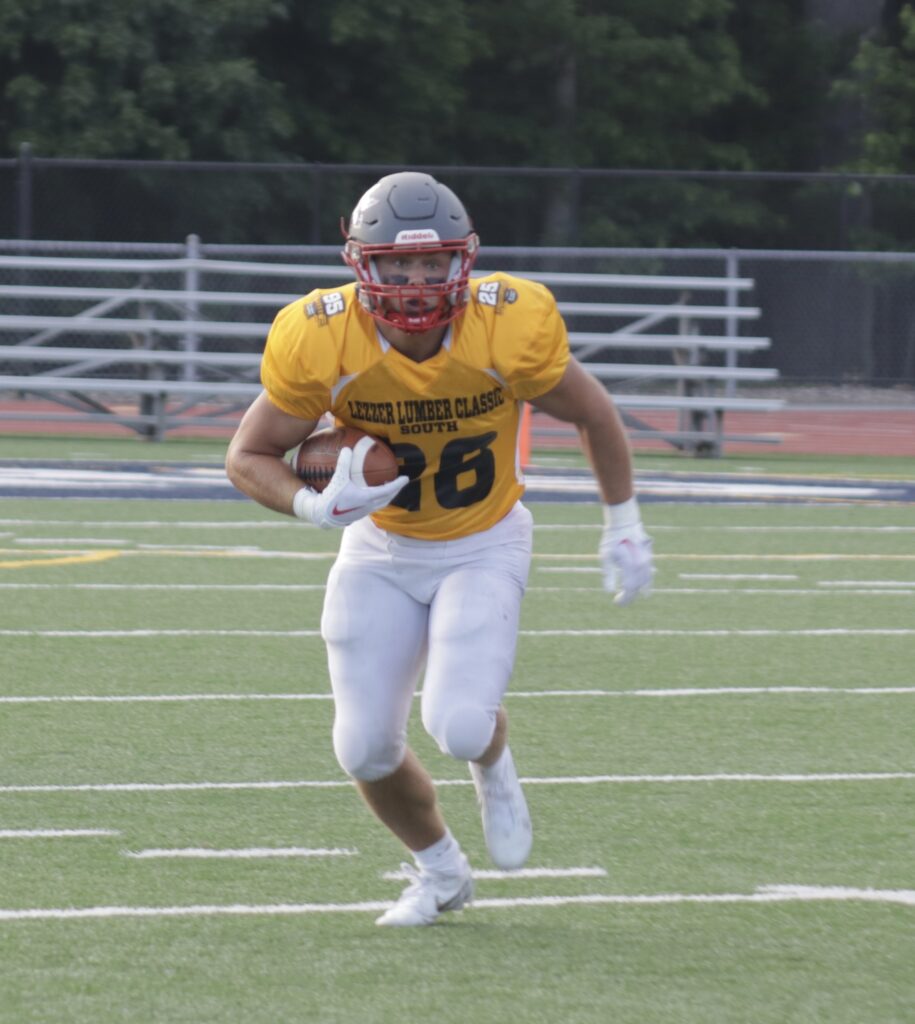 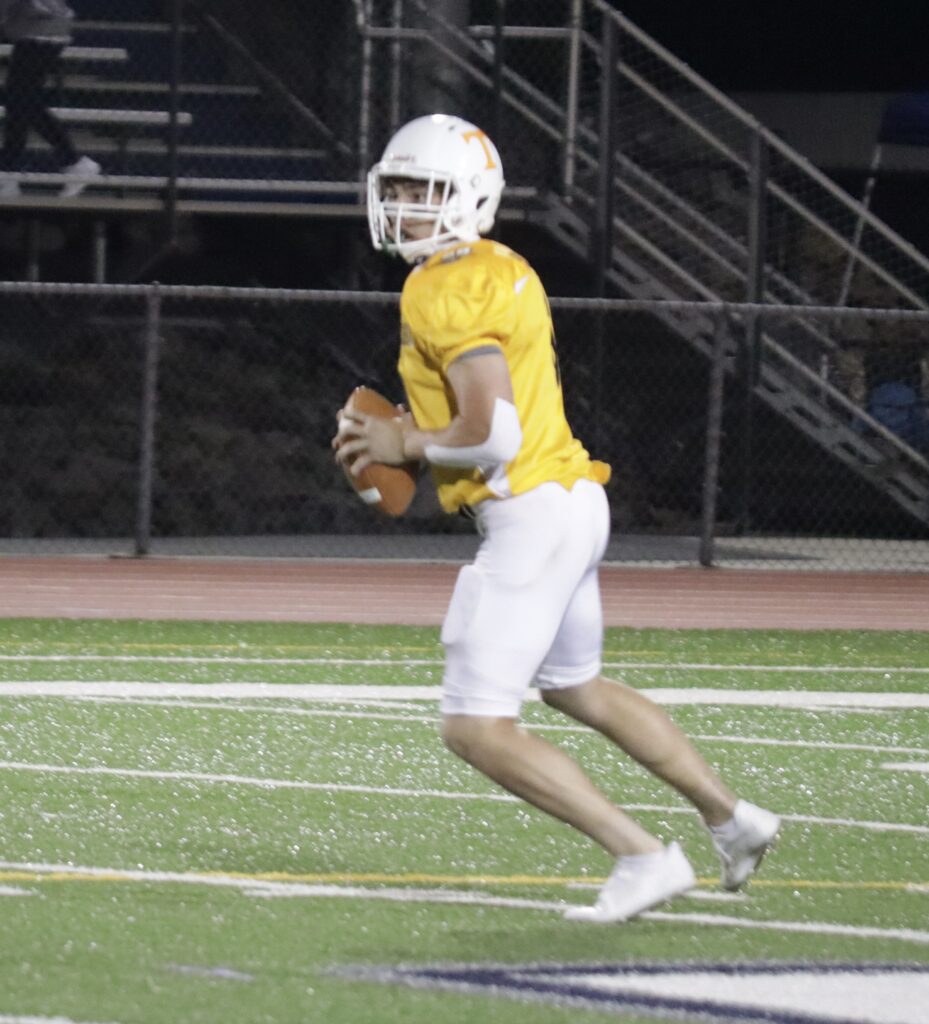 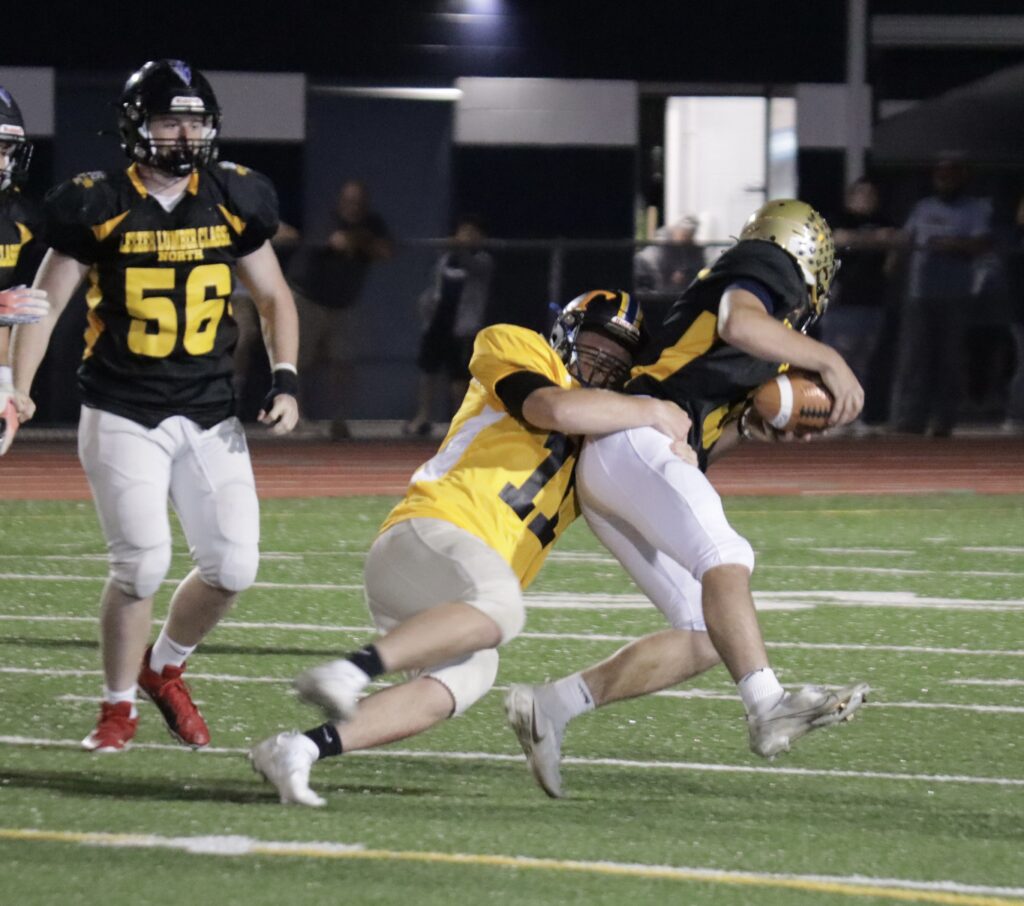 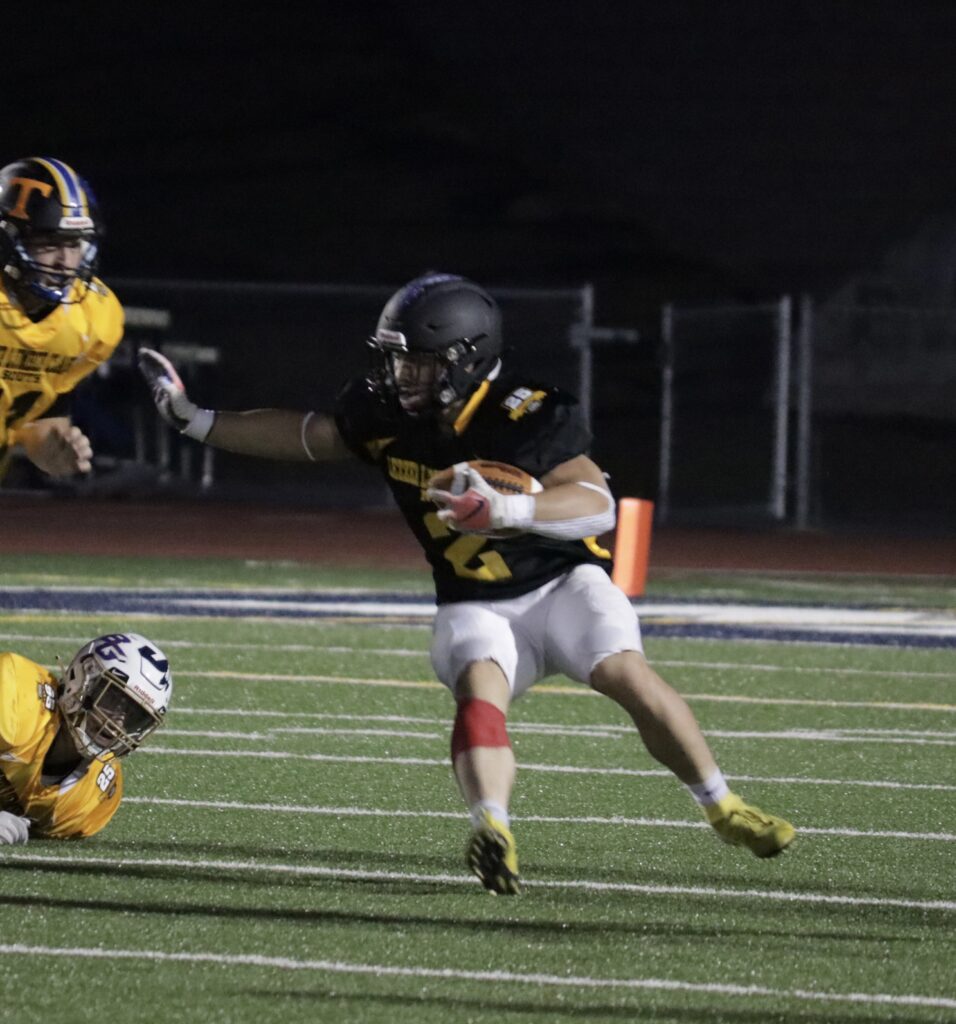