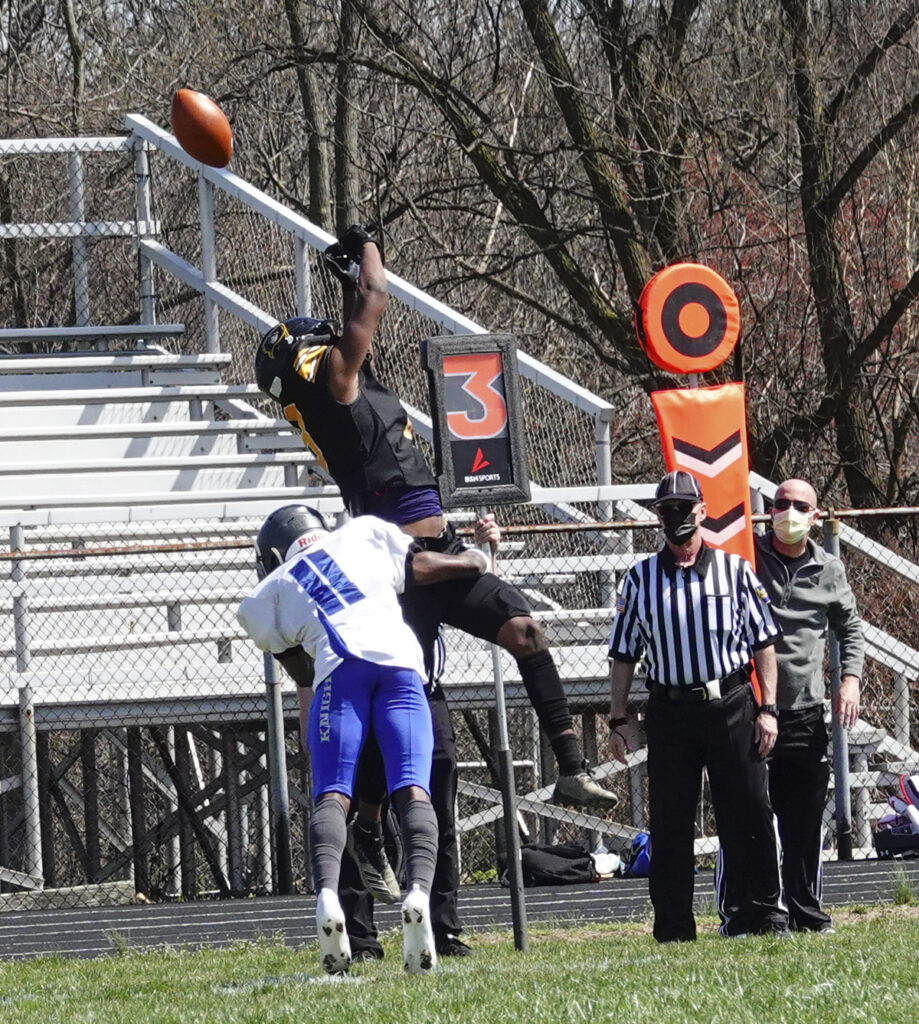 Eric Willis was all over Awo (Pic courtesy John Saddic)

“I never really played defense that much before” said Eric Willis of the game he played against Interboro Saturday afternoon. “I just went out there an did my thing.” His thing was to keep the ball away from a receiver that was a good 10 inches taller than he is. He did “that thing” at least 8 times as the Bucs tried to mount a comeback while trailing just 10-0 until late into the fourth quarter. Offensively, Willis made play after play in the second half both defensively and offensively, lead the Knights to a 17-0 win.

“Best player on the field.” That was Academy Park head coach Jason Vosheski’s assessment of Willis. “He’s just amazing. I wish we could find a way to get him the ball more. But hey, that’s a tough Interboro team. Our biggest worry was them controlling the clock and they’re good at doing that” was his observation of the heavily outmanned Bucs. Both teams struggled to move the ball in the first half until with just over 6 minutes to play, an Interboro running back lost the ball and Ibrahim Sanogo recovered the ball for the Knights on the 16. It was at this point in the game Willis decided it was his time.  Quarterback Anthony Rodriguez fired over the middle and the pass went through the hands of a Bucs defender. Willis never lost concentration and hauled in the pass.  He also made a stellar play for the two point conversion.

Interboro running back trio Robert Forbes, Patrick Awo and Billy Kyle continued what they did in the first half, gaining chunks of yards and keeping the clock moving but once again they just couldn’t find the endzone. Then with a few minutes remaining in the third quarter, the knights drove 55 yards to the Bucs one, aided by a couple huge receptions by Willis, but a penalty and a couple huge defensive plays by the Interboro defense ended that drive on the 8 yard line. All for naught as on fourth down the snap to the punter sailed through the endzone for a safety, giving Academy Park a 10-8 lead.

With Interboro abandoning their run game due to trailing late, Rodriquez and Awo tried 5 more times on a deep out route, and 4 more times Willis defended perfectly.  One the fifth, fighting double coverage, Awo was interfered with giving the Bucs a first down at the Knights 15. The fifth attempt came closer then all the others as Awo finally caught the pass from his quarterback, but he was just a bit out of bounds on the landing. On the next play, Ashton Clarkson pulled down a jump ball and raced 99 yards to put the game away.

“The kids fought so hard, just a couple things didn’t go our way.  Things went their way.  We’re getting there. Our kids always play both ways. We’re used to it. We get back at it and that’s what this is all about” said Interboro head coach Dennis Lux of his teams effort. 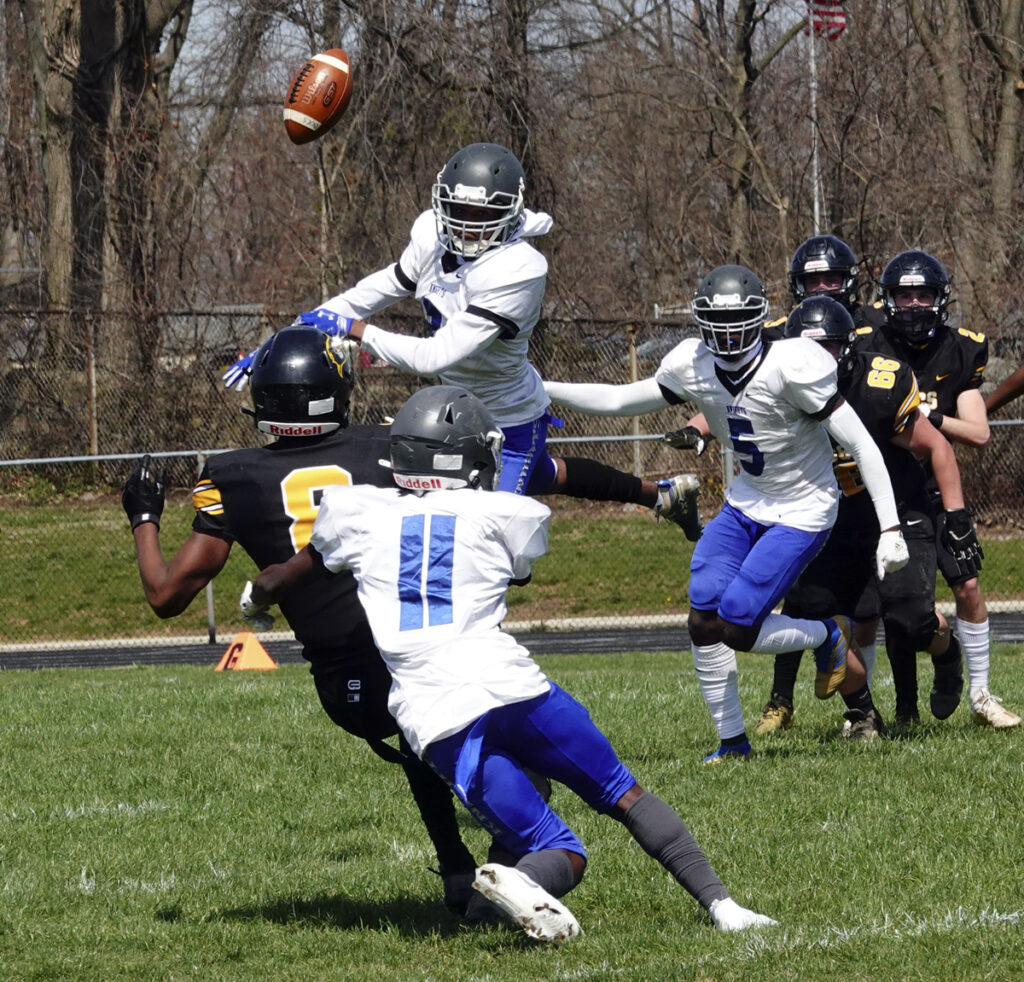 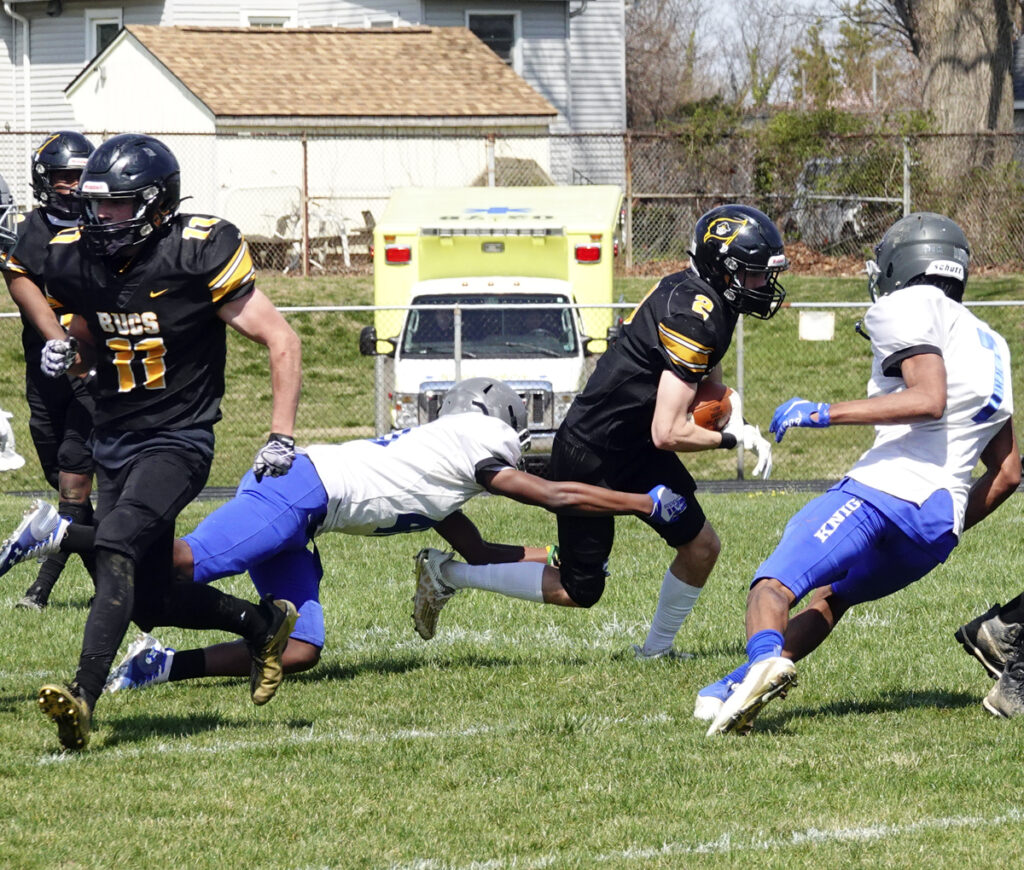 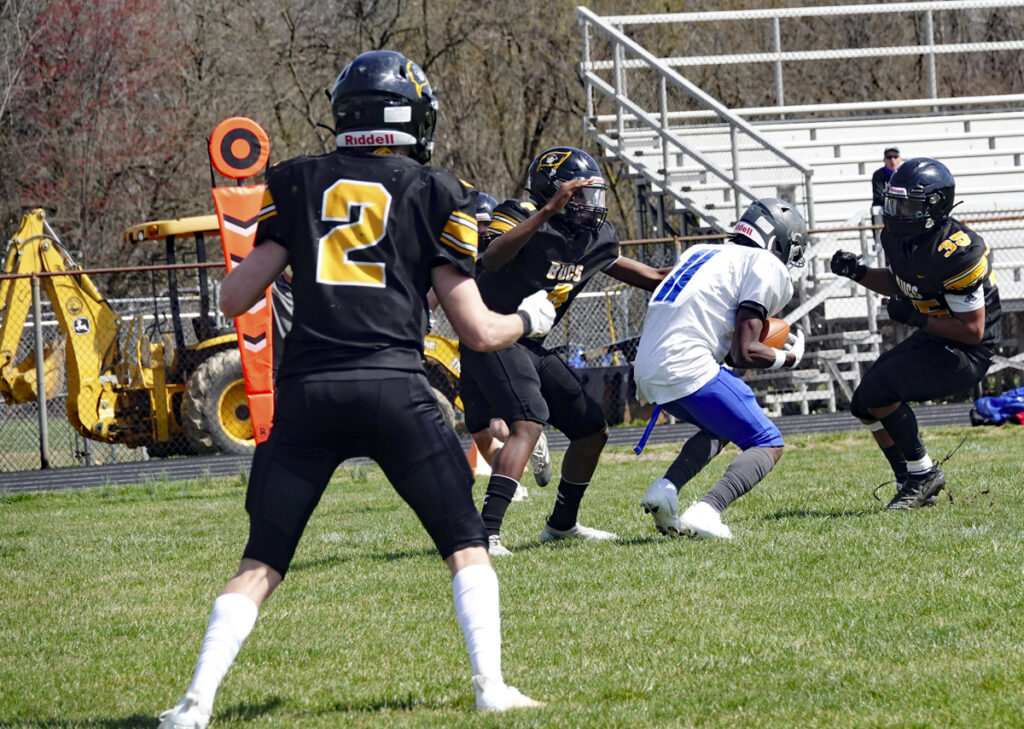 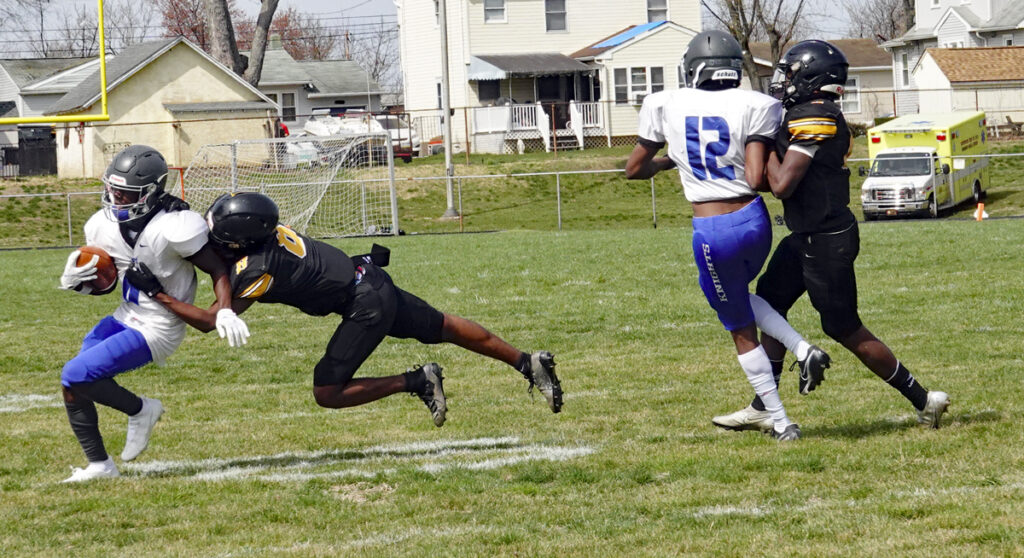 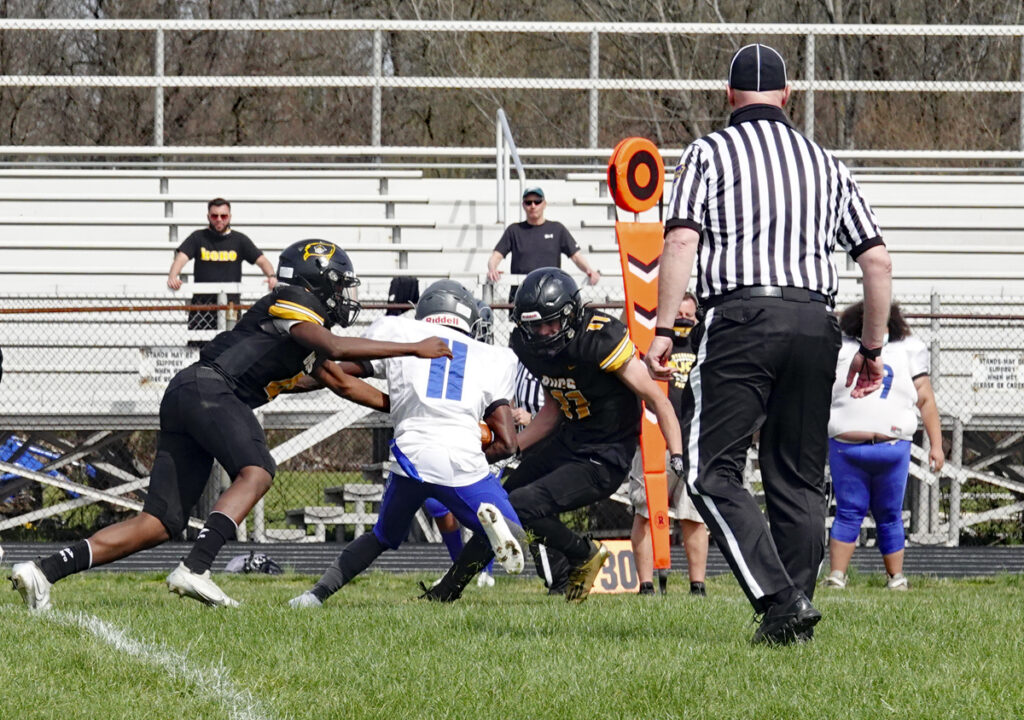 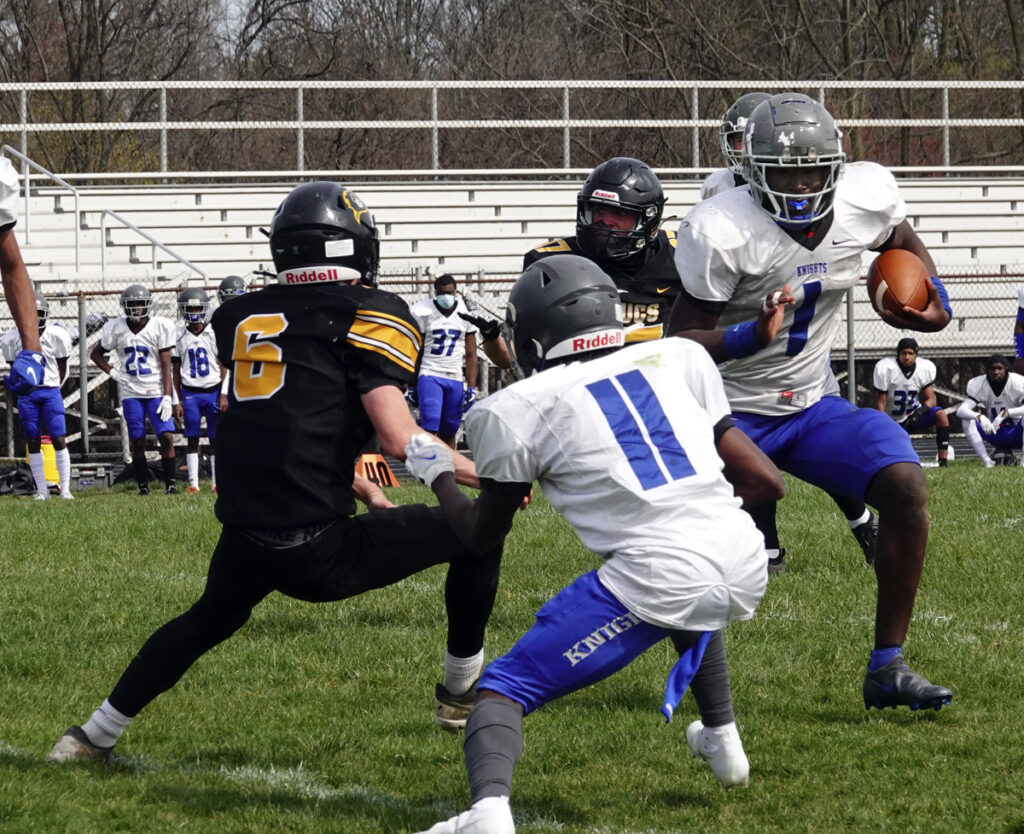 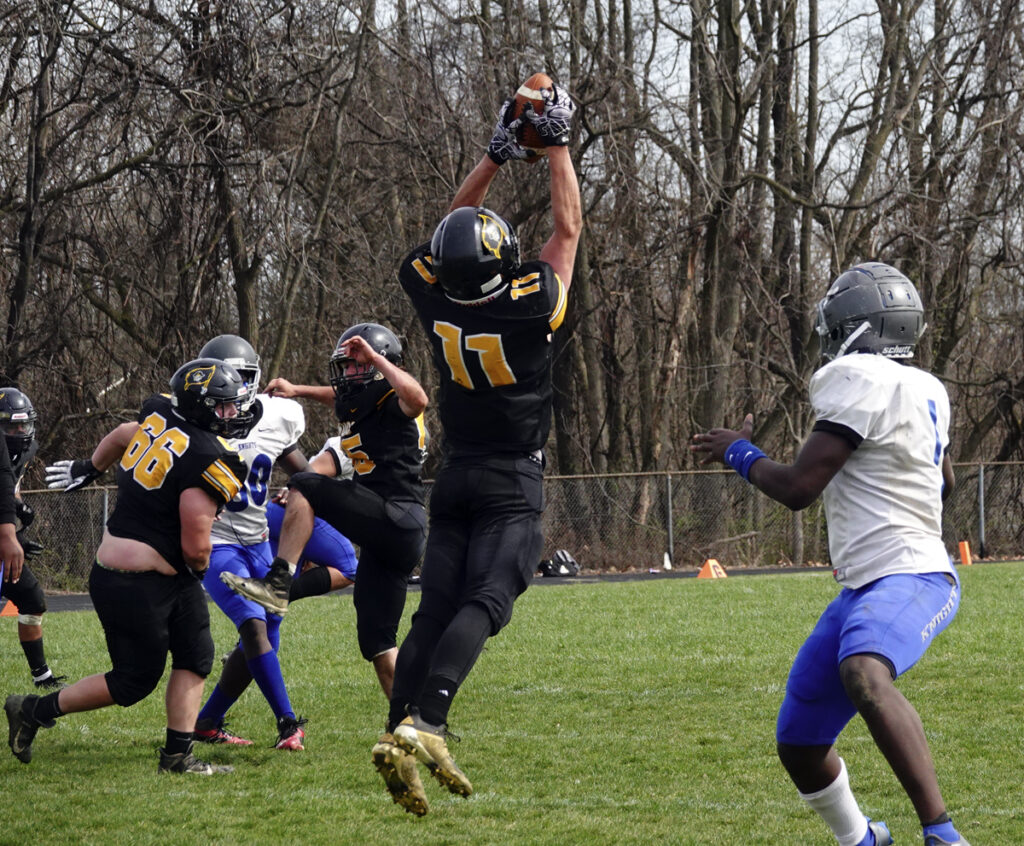 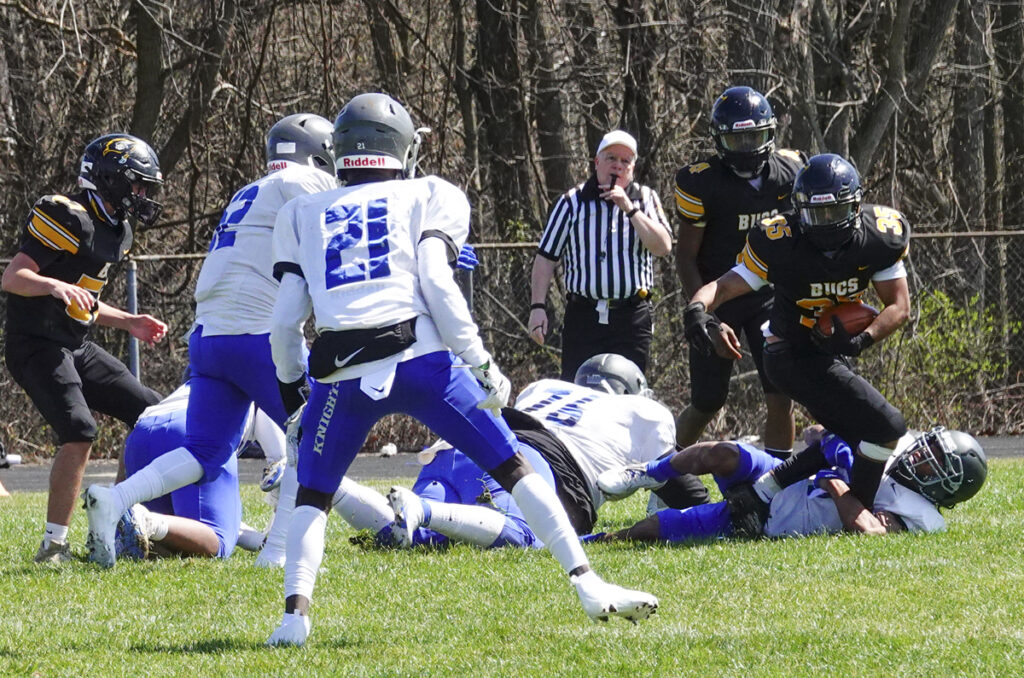 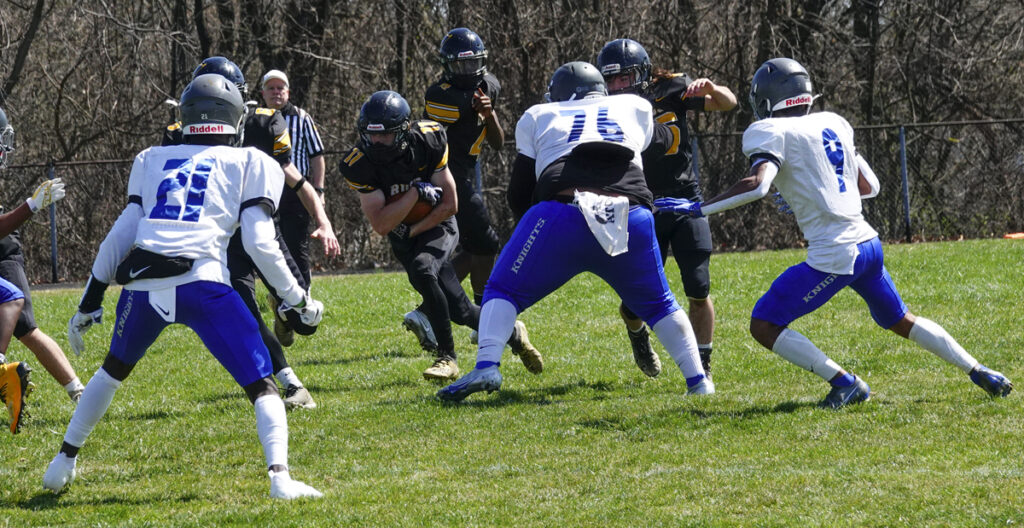 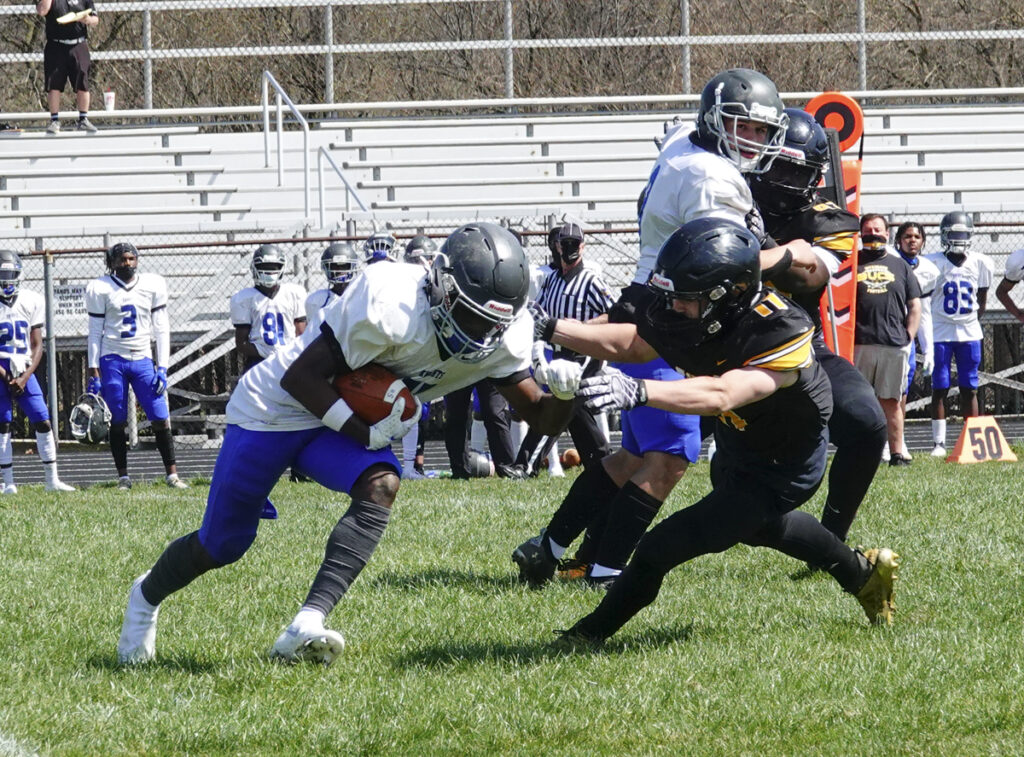 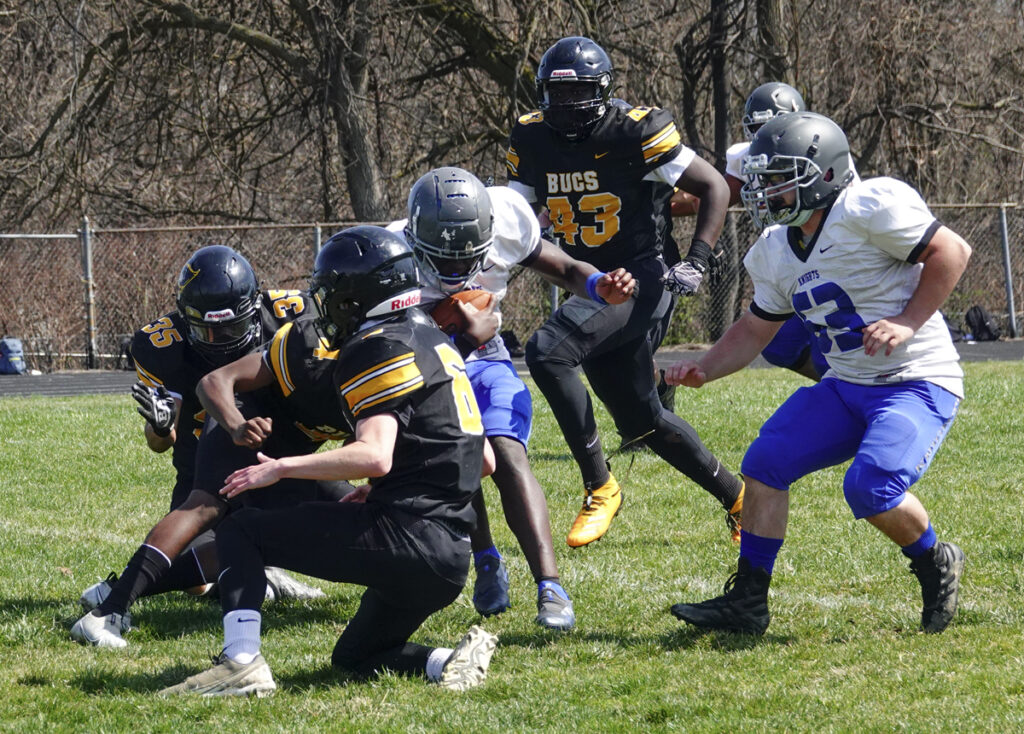 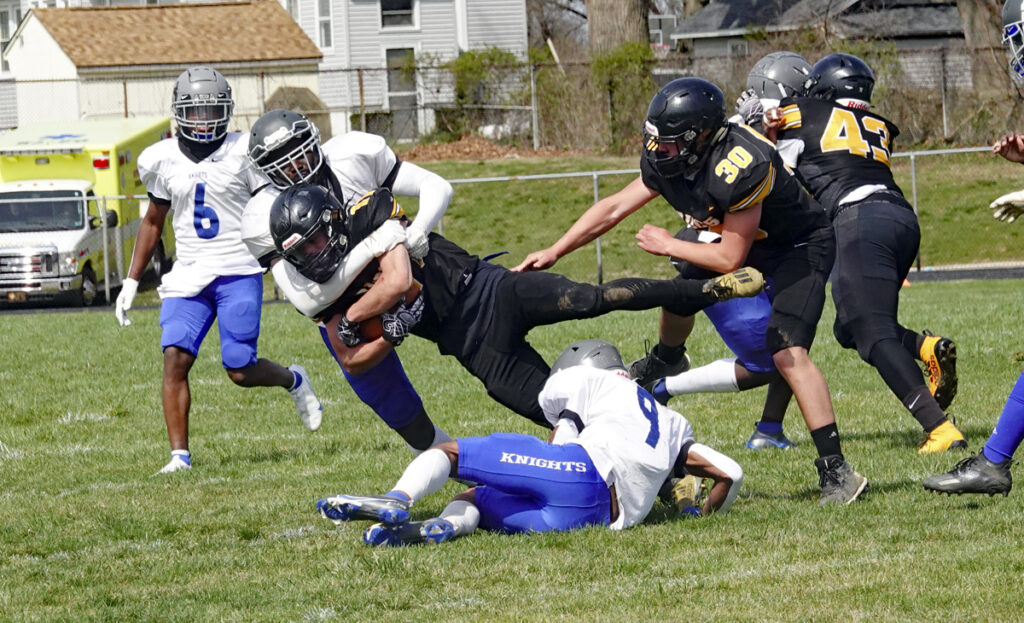 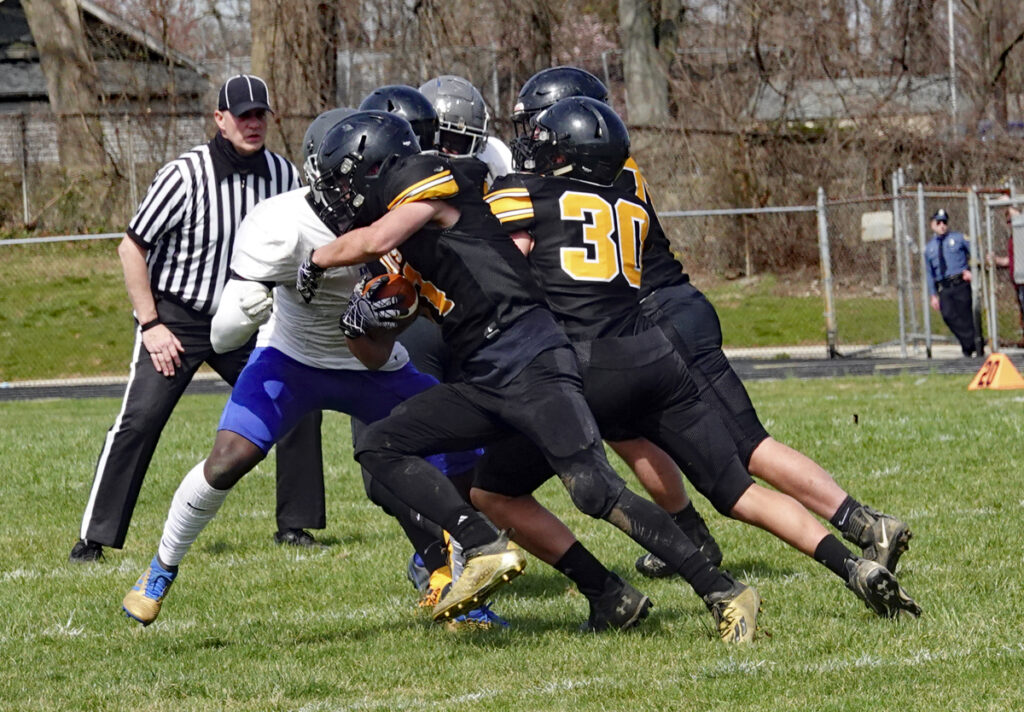 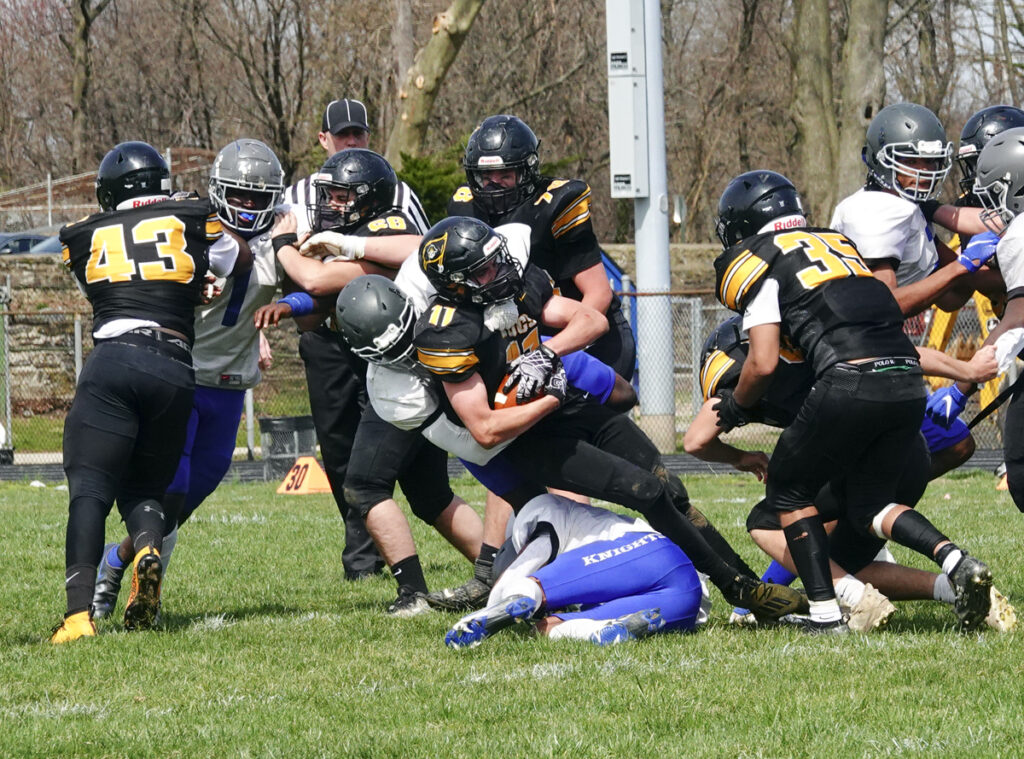 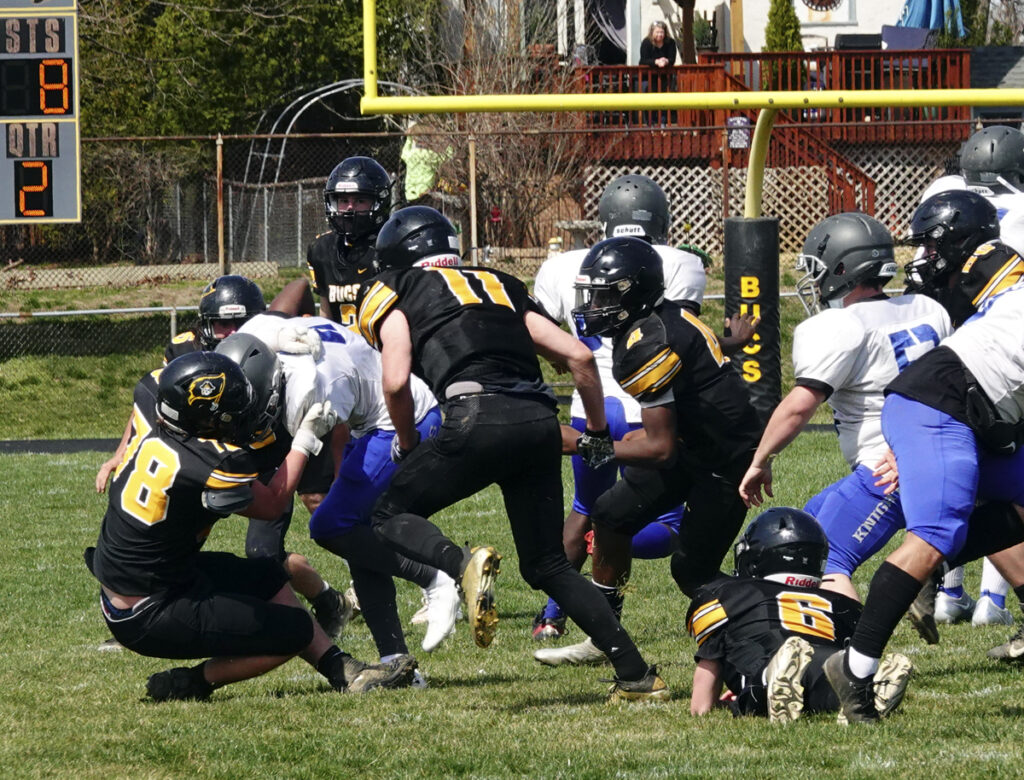 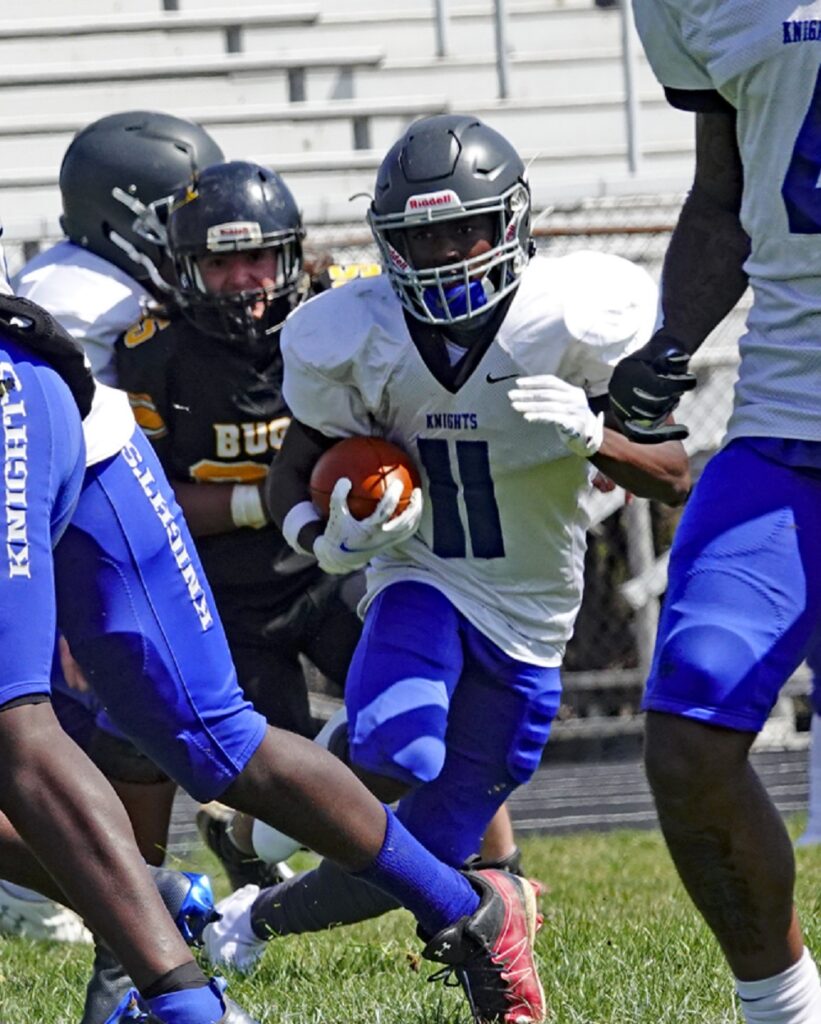