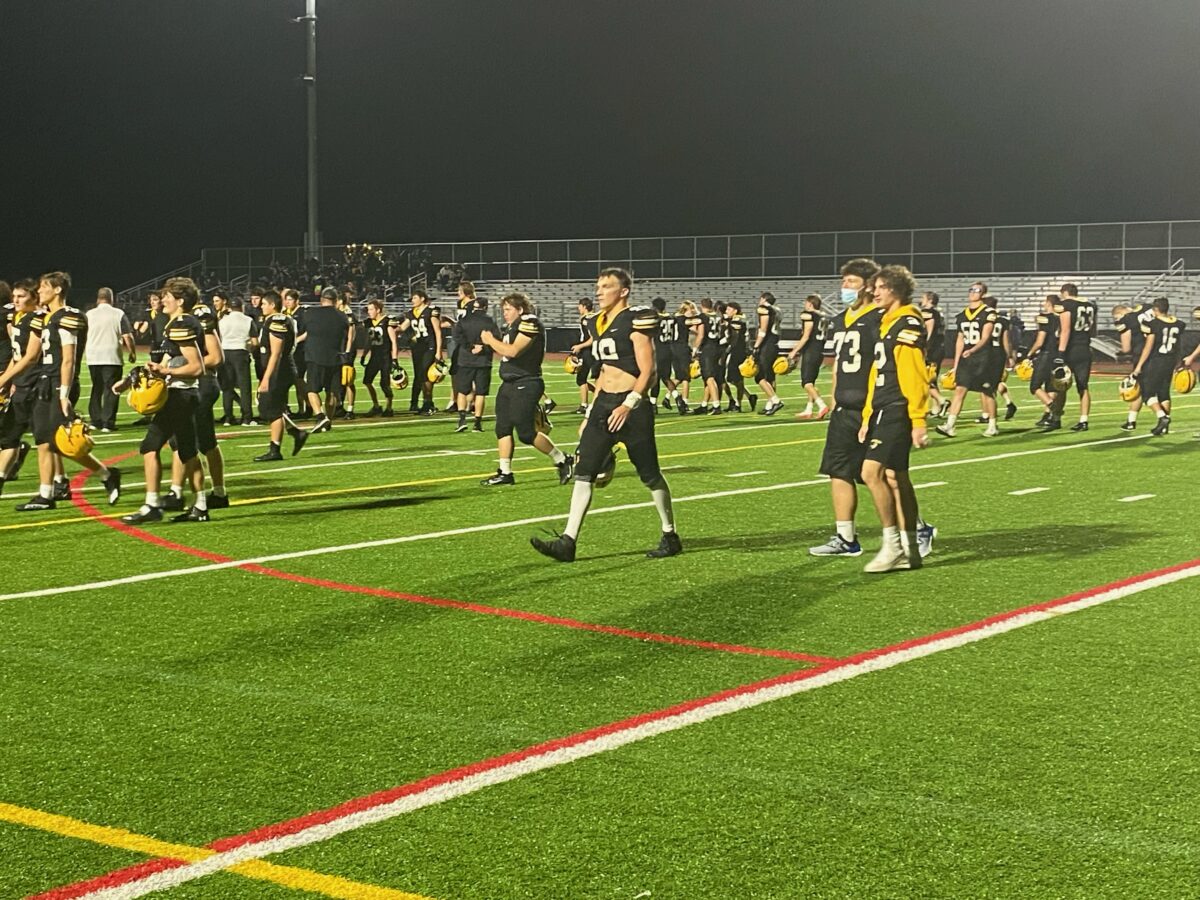 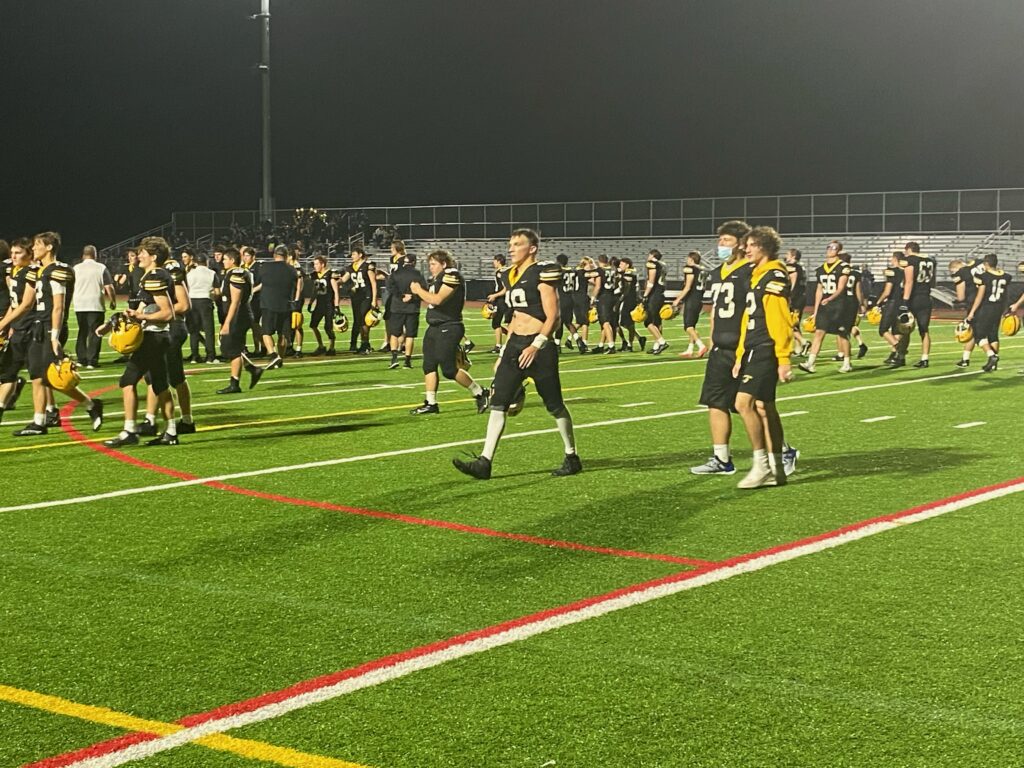 Friday night’s Suburban One League Matchup saw the Central Bucks West Bucks (3-1) (2-0) of the National Conference take on the Council Rock South Golden Hawks (0-4) (0-2) of the Continental Conference.  Don’t let the score fool you, what was anticipated to be a lopsided affair turned out to be far from it.  Both teams consistently held each other off the board for most of the game with some great defensive stops. CB West’s sophomore quarterback Cooper Ganz put the Bucks on the board first with 3:46 left to play in the first when he pushed his way through the line on a quarterback keeper.

The extra point by Senior Kicker Ryan Hurst gave the Bucks a 7-0 lead.

CR South’s defense would prove too much and force another punt. With 1:23 left to go in the half CR South’s senior Kicker Gavin Hagen connected from thirty-two yards out to cut the lead to only four points.  CB West would take a 7-3 lead headed into the half.

After halftime again both defenses held their opposition to a few three and outs for the first eight minutes or so then with 4:08 left on the clock in the third quarter senior fullback Donte Mancini took the handoff, cut back on a defender, then executed a sick spin move and broke free for a forty-one-yard touchdown run.

@westcbfootball with the 41 yard touchdown. After the extra point it’s now 14-3 against @crsfootball @PaFootballNews pic.twitter.com/pw9hhrzQDA

After the extra point CB West extended its lead to 14-3. Another interception by CB West would close out the third when Sophomore safety Cooper Taylor picked off CR South’s quarterback Matt Striffolino and that’s how the third would end.

To start the fourth quarter the Bucks began their drive at the fifty-yard-line. Sophomore quarterback Cooper Ganz dropped back and found junior halfback Vinny Cherubini who slipped past the Council Rock secondary for a fifty-yard bomb ending in a touchdown.

@westcbfootball starts the 4th with a 50 yard bomb . After the failed extra point. They lead @crsfootball 20-3 @PaFootballNews pic.twitter.com/XWJwqwGGmh

After the extra point failed the lead was extended to 20-3. With only a few minutes left in the game CB West found itself in the endzone one final time. Senior fullback Donte Mancini slipped away from the defender cut back and went forty-seven-yards to the house.

@westcbfootball with the 47 yd TD . They now lead 27-3 after the extra point. @crsfootball @PaFootballNews pic.twitter.com/LlLMKRGIhP

The extra point was good and the score 27-3 which would be how this one ended.

*Players of the Game*

CR South (0-4) looks for its first win of the season when they travel to Souderton (2-2) in a conference matchup as well.