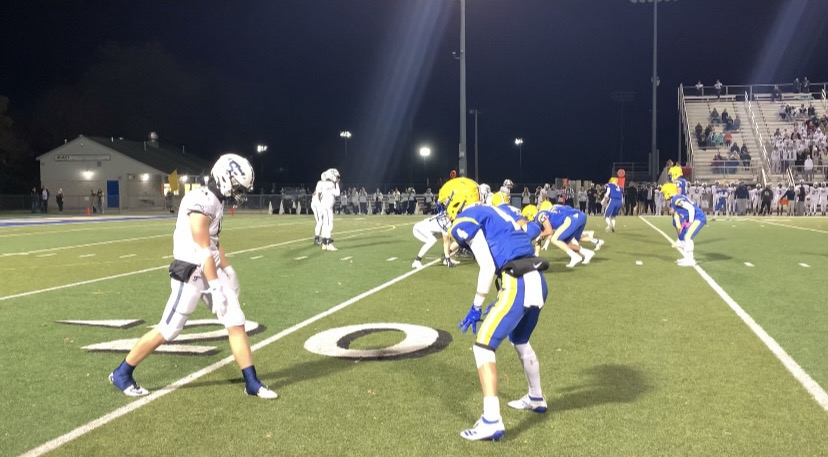 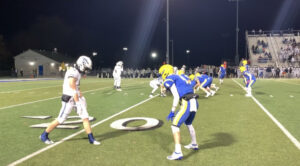 Another Friday, another great game and another win for Downingtown East.  Coming off a blowout 42-7 loss to Coatesville for the Chesmont National Championship, East had to leave the past in the past and look forward to a round one playoff game against the Spring-Ford Rams.

The Cougars defeated the Rams 21-14 in a game that could have gone either way, but East ended up on top.  On paper, the #4 ranked Cougars should have easily taken the win against Spring-Ford, but anything is possible in the playoffs.

Spring-Ford had a good start to the game by not allowing East to convert a 4th and 2 on the Rams goal line, to prevent a touchdown.  This resulted in a turnover on downs.

The Rams were moving the ball efficiently through the air until AJ Lehman and Sean Conlon forced a strip-sack and recovered the fumble at the Rams 35-yard line.

East took advantage of their good field position and found their way into the end zone with a QB sneak by Jamy Jenkins. Jenkins would end up having another score on their next series to put the Cougars up 14-0.

The final East score came in the second quarter with a  Bo Horvath run inside the Rams five yard line similar to Jenkins scores, right up the gut which put them up 21-0 with 9:31 in the half.

Spring-Ford made it a game with their ability to pass the ball to their play makers.  Rams QB James Creed had a -field day throwing for 364 yards and the chunk of those yards going to Payton West for a 54-yard TD Reception and Zach Zollers who had an unbelievable night catching the ball for 145 yards on nine receptions and touchdown.

Zollers touchdown is what gave the rightly earned confidence to the Rams in thinking they can win the game.  His TD was what ignited the Rams team to be down only by a touchdown after trailing 21-0 earlier in the game.

” I will say this, number four [Zach Zoller] made some catches that I never seen before, and that number six got the ball out and did some things, he was more confident with the ball in his hands,” said East head coach Mike Matta.

East had this game won, but couldn’t seal the deal and Spring-ford tried to take advantage but some mistakes of their own cost them the game.

In the fourth quarter, towards the end of the game the Cougars elect to go for a pass play on a 3rd and short which forces East to call a timeout after a Zollers sack and brings up fourth and long.

Spring-ford ended up blocking the Cougars kick and ended up with great field position on East’s 24-yard line with 54.3 seconds left.

Zoller gave the Rams another fighting chance to score by picking up a 15-yard reception landing on the Cougars nine yard line.

” This is our MO sometimes, we get ahead and for some reason we just don’t get keep it going, I don’t know what it is.  When we get someone down we got to knock them down and we didn’t do that,” said Matta.

The Cougars survived and advance onto the next round of the District 1 6A playoffs and unfortunately, it is the end of the road for the Rams who were never counted out of the game despite being down 21-0 in the first half.

“We were close, we were down inside the 20 multiple times and shot ourselves in the foot,” said Spring-Ford head coach Chad Brubaker.

“We were moving the ball and just couldn’t finish and what we said to them was that we are in this, we just need to get stops and our kids responded to that,” said Brubaker.

It was not easy, but a win is a win and the Cougars will look to face the undefeated (11-0) Quakertown Panthers in the second round of playoffs.  East has to be able to finish games and play a full four quarters of football if they want to defeat a tough team like Quakertown.  They face of next Friday at Walter E. Kottmeyer Stadium at 7 PM.