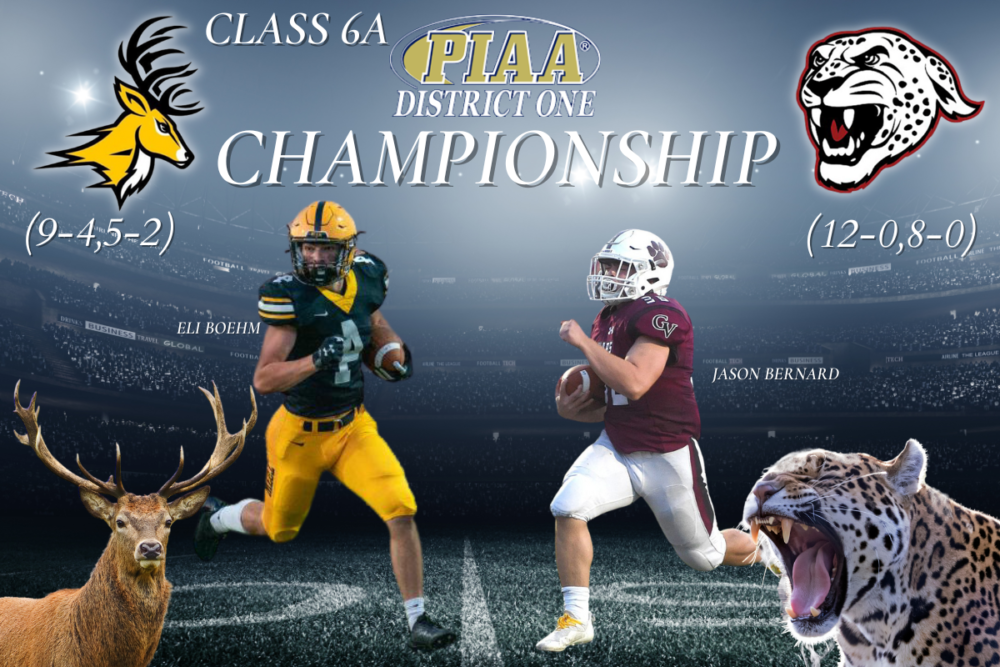 Concord, PA: On Friday night, in the District 1 6A finals, two familiar faces will clash for the title. Eleventh-seeded CB West will travel to One-seeded Garnet Valley, where the winner will move on to the State final four. Both teams have matched up recently against each other, the most recent contest being Garnet Valley’s first game of the season, where the Jags won 14 to 7. Before this season, the teams matched up in last year’s playoffs, Garnet Valley winning by a margin of 41 to 13.

How did Garnet Valley get here? The Jaguars opened up their 2022 playoff run with a dominant win against Quakertown, 63 to 14. Up next was the pass-heavy Spring-Ford offense. Garnet Valley needed overtime to defeat the Rams, winning by a score of 30 to 27 on the first play of overtime. Downingtown East was the next team to take the trip to “The Moe.” Two fourth-quarter passing touchdowns by Matt Mesaros sealed the deal for the Jags, winning 28 to 17 over Downingtown. It may sound like a broken record, but the Jags can get it done through the air or on the ground. Jason “The Bus” Bernard has 861 yards and 13 touchdowns on the ground this season. Mesaros is the second-leading rusher for Garnet Valley with 613. The quarterback also has 17 passing touchdowns throughout the season. While the offense has been humming all season, the defense has been able to come up with big stops all season. In back-to-back weeks, the Jaguar defense has been able to force crucial turnovers on downs, giving the ball back to their potent offense. Linebacker Joseph Checchio is second in tackles on the defense with 53 but has come alive in the playoffs getting into the opposing teams’ backfields in a hurry.

How did CB West get here? Their playoff journey began with a win over rival CB East 42 to 26. In the second round, CB West got to host a playoff game against North Penn, where they won in a shootout 44 to 35. Second-seeded Perkiomen Valley was the next challenger, and CB West won 14 to 13. The duo of Eli Boehm and Ganz Cooper lead the CB West offense. The tailback, Boehm, has 1574 yards and 16 touchdowns on the ground this year. Boehm has maintained the bulk of the workload for the CB, as he has 256 rushing attempts this season. At the helm is Cooper, and he has thrown for 1232 passing yards and 15 touchdowns. The quarterback has also run for 214 yards this year. The CB West defense is led by Cooper Taylor, who has 90 total tackles on the season. Fifty-five of Taylor’s tackles are solo.

However, every game before this one goes out the window. Every win begins a new season for each team, and the goal is to win the next one. This matchup again looks to be about whose run game will be better than the other for Garnet Valley. For CB West they are seeking revenge on one of their four losses this season and on the team that knocked them out of last year’s playoffs. As both teams seem to rely heavily on the run, don’t be surprised if Mesaros or Cooper drop back to pass from time to time, trying to catch the opposing off guard. The game will be played at “The Moe” on Friday night at 7 o’clock, or you can watch it here: https://www.youtube.com/watch?v=kIM6LafS1nA

*Action shot of Eli was taken by  Kim Supko  make sure to visit her website to see all her amazing work.