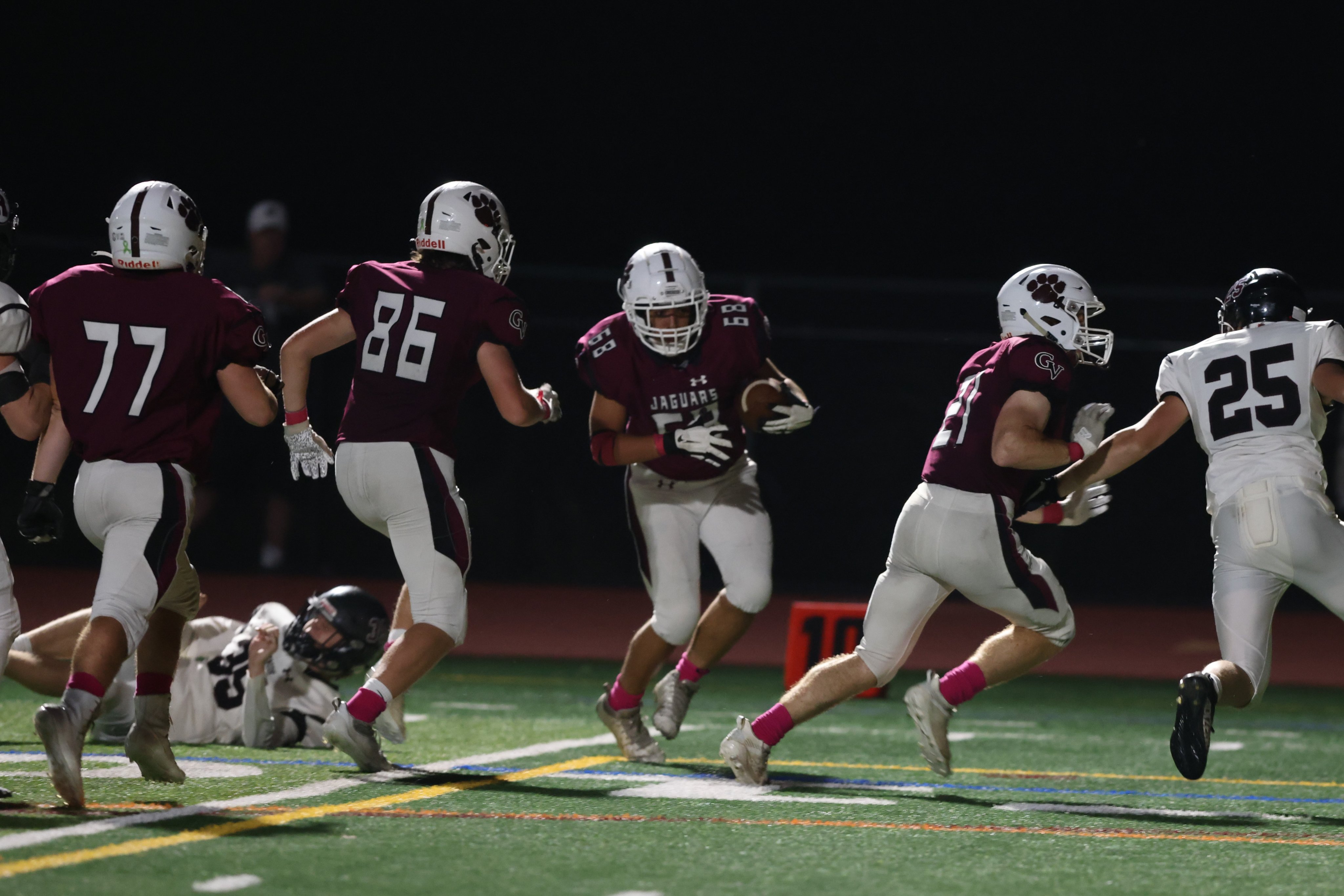 Garnet Valley continued their hot streak at Moe DeFrank Stadium after two weeks on the road. It was a stellar defensive show for the Jaguars as they shut out Radnor and shut out an opponent for the first time this year. On offense, it was almost the same story as they were able to push the ball down the field with strong play from their offensive line, quarterback Max Busenkell, and running back Ryan Saunders and Joe Checchio as Garnet Valley had both Jason Bernard and Shane Reynolds being held out of tonight’s game. The depth for Garnet Valley has been coming up large and it showed tonight as well as they won by a final score of 41-0. Lets go into a deeper recap of both teams’ night . . .

Radnor could not get their offense going during the game as they had trouble moving the ball against Garnet Valley’s stout defensive line. They had many of their offensive drives stall and had only a handful of first downs going into half time. However, during the second half, they were able to get a drive going on a long pass putting them at the Jaguar 12 yard line. On defense, it was a better story. After a first half where they were less than spectacular, they held firm in the second half. only allowing a total of six points. They were able to prevent the big plays after some half time adjustments where they allowed quite a few of those in the first half. This is a team that has some stuff to work on, but has the talent to improve.

For Garnet Valley, they picked up where they left off last game. Ryan Saunders had three touchdowns tonight, two by the ground and one by the air. Max Busenkell had over 100 yards once again and threw Luke Lassik his first touchdown catch of the year. They were able to move the ball down the field by passing after having three straight incompletions on one drive. This shows the confidence the coaching staff has in its players. Garnet Valley had just as good of a day or an even better one on defense. While they did not create a fumble or interception, they are constantly applying pressure in the backfield and had outstanding coverage the entire game. The quarterback for Radnor, Jude Wallin, was only able to get a few clean looks and throws all night. overall, a performance Garnet Valley should be very proud of. The highlight of the night was Carter Wilson who had a blocked punt and then proceeded to take it to the Radnor two yard line.

Radnor drops to 1-6 on the year and will go to Harriton next week to play the Rams at 7:00 PM next Friday. Garnet Valley moves to 7-0 and will face Haverford at home next week at 7:00 PM on Friday. The seasons are chaining from summer to fall and so is high school football as both teams are looking to finish the 2021 regular season off strong.