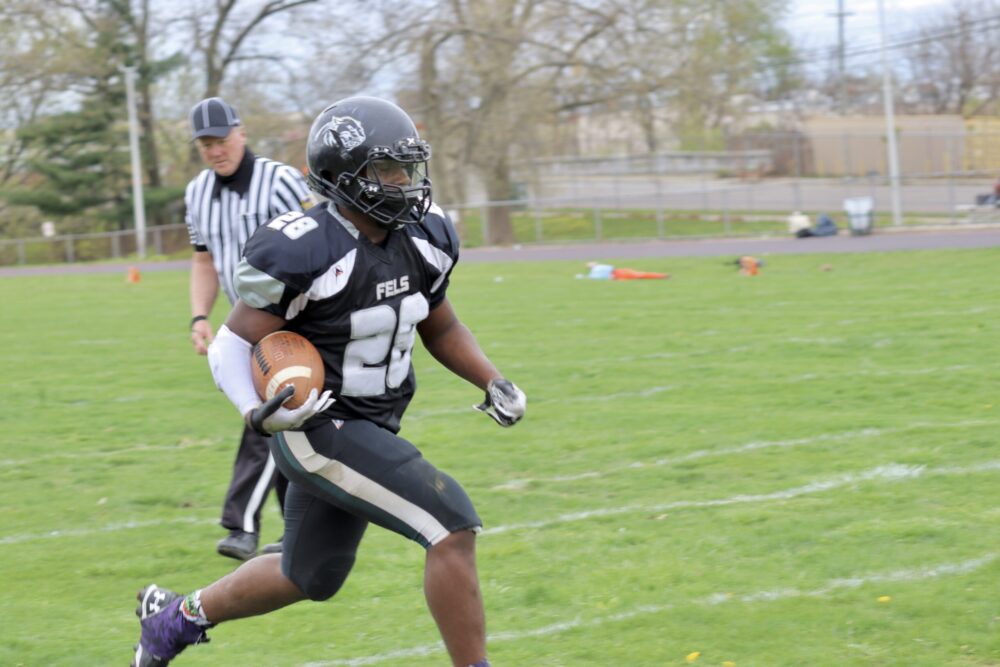 Matthew Salas had the game winning td and an interception

“It’s been fun so far, we left two scores off the board there in the game. We’d like to have seen more continuity on the line but not bad for our first game.” That was Samuel Fels head coach Bill Harrigan talking about his teams first outing of the spring, a 12-6 last second win over new comer Vaux Big Picture.

Fels and players from Edison High combined due to shortages of players. “Some of our kids and their (Edison) kids have spring jobs or play other sports so we had to combine. It’s been a challenge but we’re having fun” said Harrigan.

The games first quarter consisted of 2 drives. Vaux started the game with a 6 play drive that ended when Matthew Salas intercepted Asim Wilson at the 30. Fels then went on a 12 play drive that ended on the Vaux five yard line.  Four plays later the Cougars gave the ball back at their 5. After a motion penalty, Tymir Williams took the rock the ten yards to the goal line. The two pointer failed, but Fels/Edison led 6-0 with 1:30 gone in the second.

The Cougars responded nicely with a 60 yard drive led by Williams, who had 3 carries for 37 yards before calling his own number from the one to tie the game at 6. (wrong name in tweet).

Cougars on the board. One yard run by Nasir Taylor for @VauxCougarsFB . 6-6 pic.twitter.com/5a0k1GRxrn

Coming out in the second half, both teams struggled. It looked like Fels had things figured out, opening the half with a 43 yard drive to the 10 but that’s where it ended when Shyear Fletcher ended the drive with an interception. It was after that play that both offenses seemed like they were stuck in the mud. The next five drives ended on downs, then the following two ended with interceptions. It was the second, however, that led to the winning score.

With Vaux pinned at their 5, what looked like a mistake when a Fels defender intercepted Williams on fourth down instead of knocking it down at the 20. It turned into a chance to face adversity. Andy Santiago, who made the interception, hit Roberto Valverde for a 13 yard gain with 30 seconds left to play. Then two plays later he found Salas for the winning score with 6 seconds left to secure the win.

“It felt good. It was really hard after being off for so long. It just felt good to get the win” said Salas.

“I think we have a group of talented players that are starting to bond as a team. We’ll just have to get back to work on Monday and correct some things” said Vaux head coach Robbie Marsden. 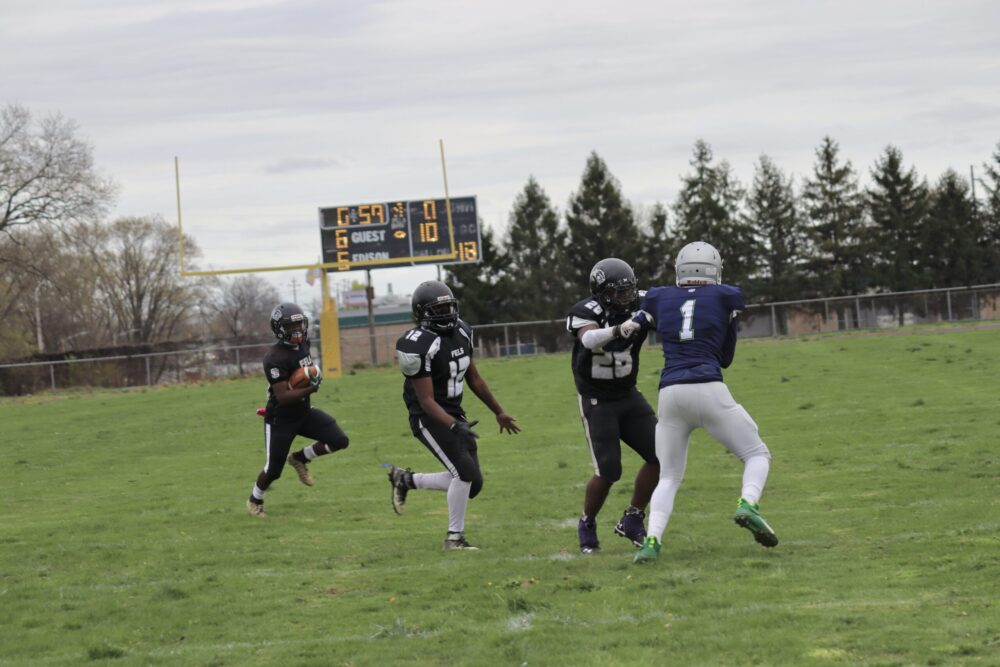 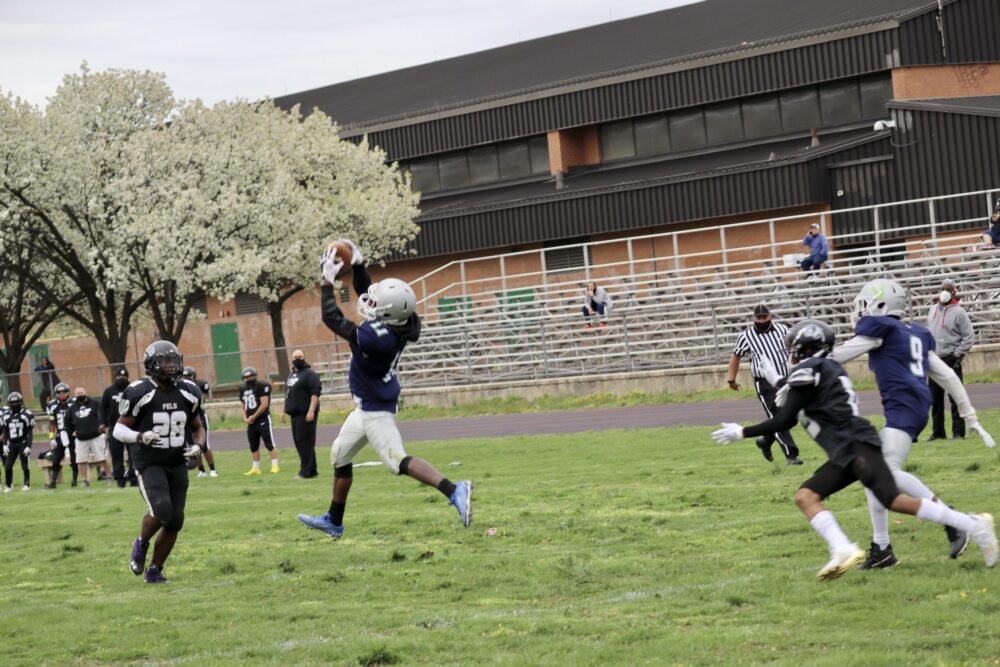 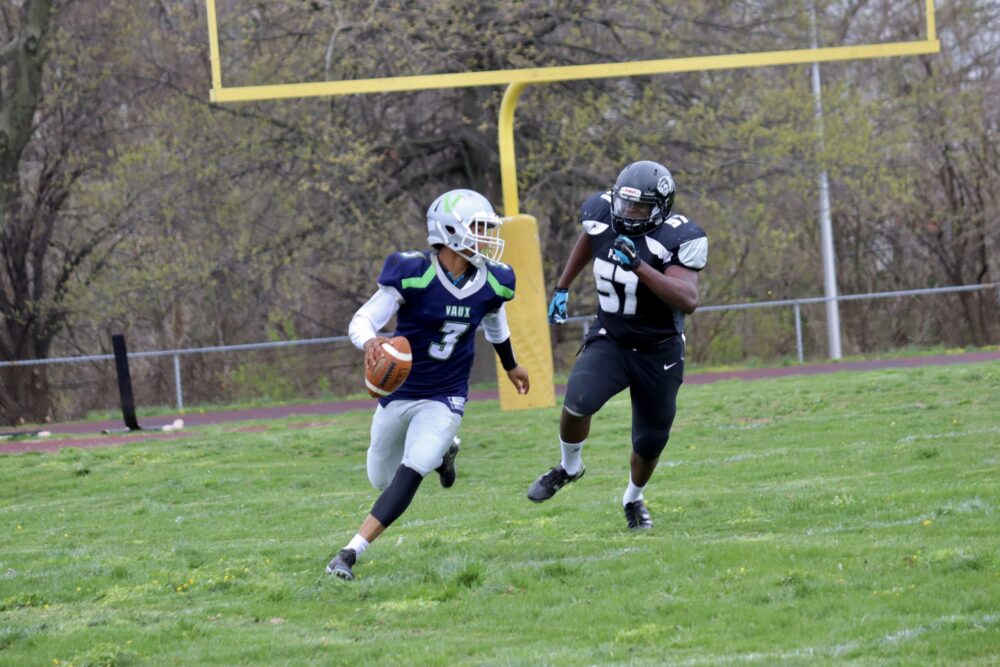 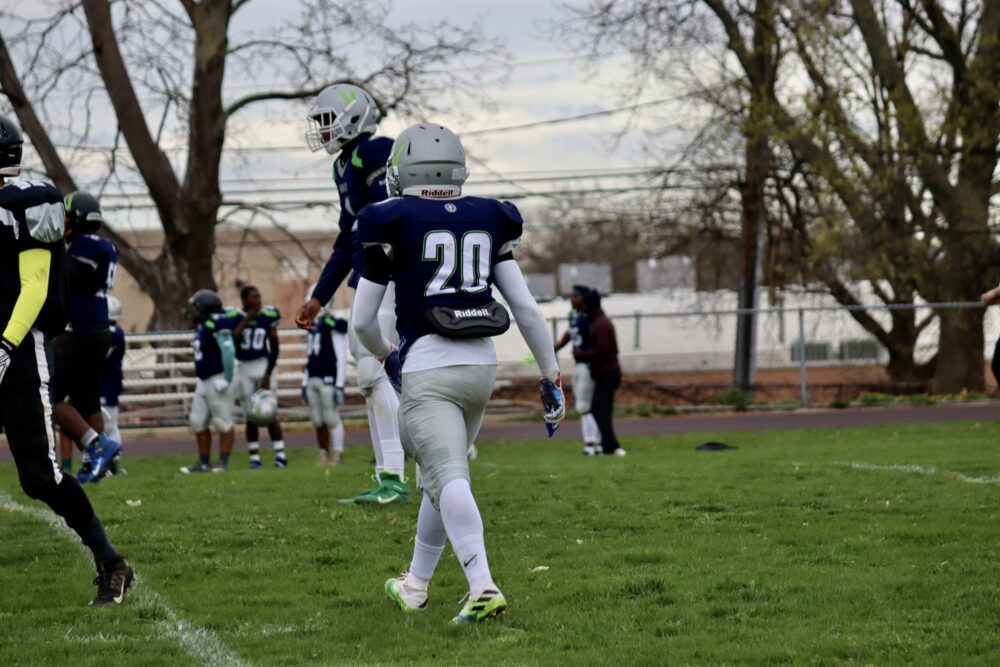 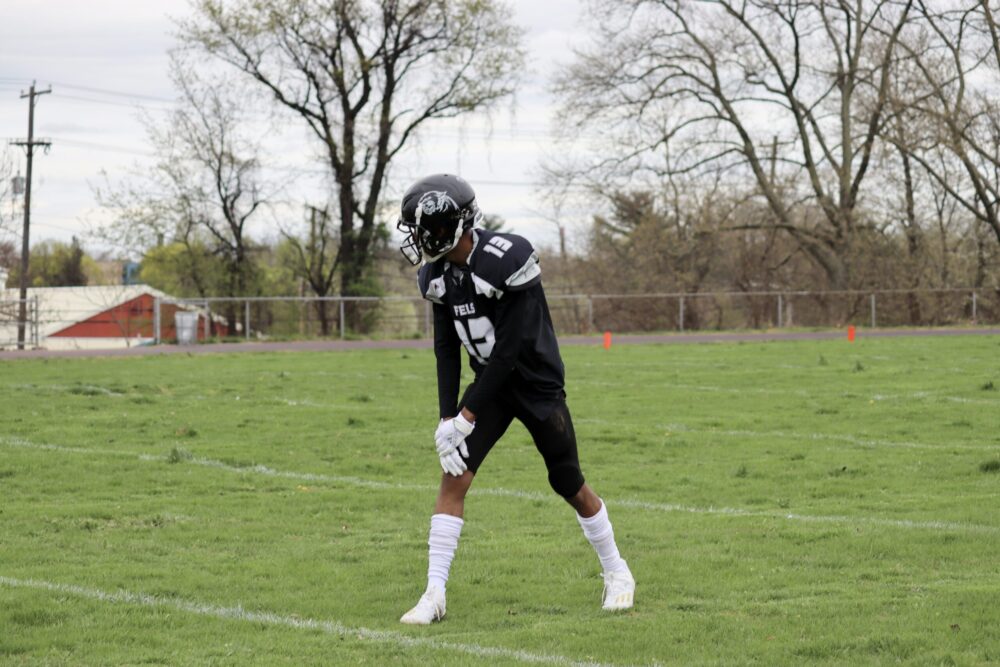 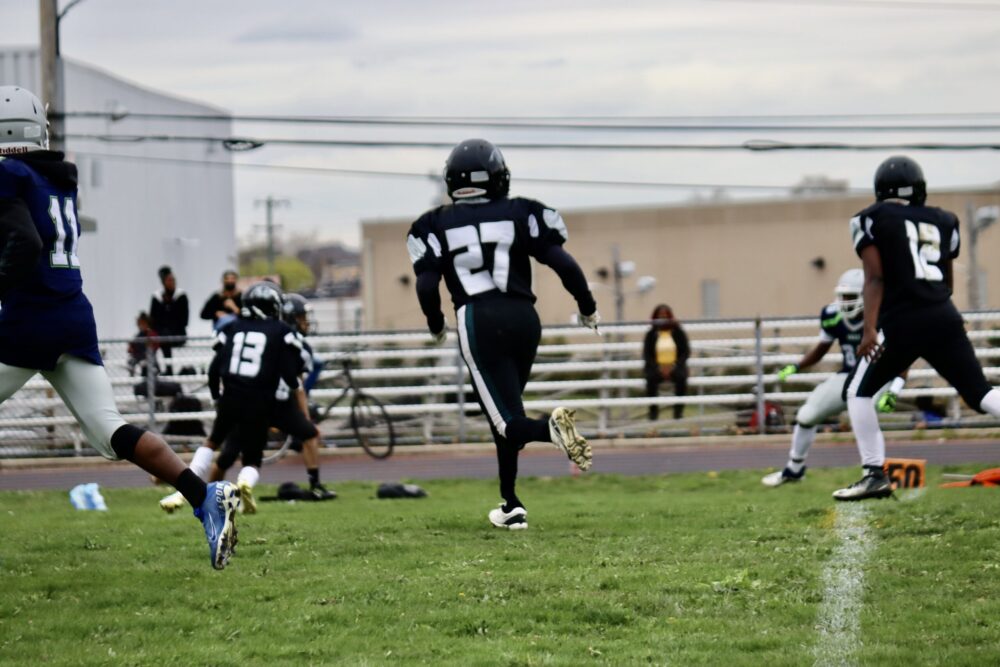 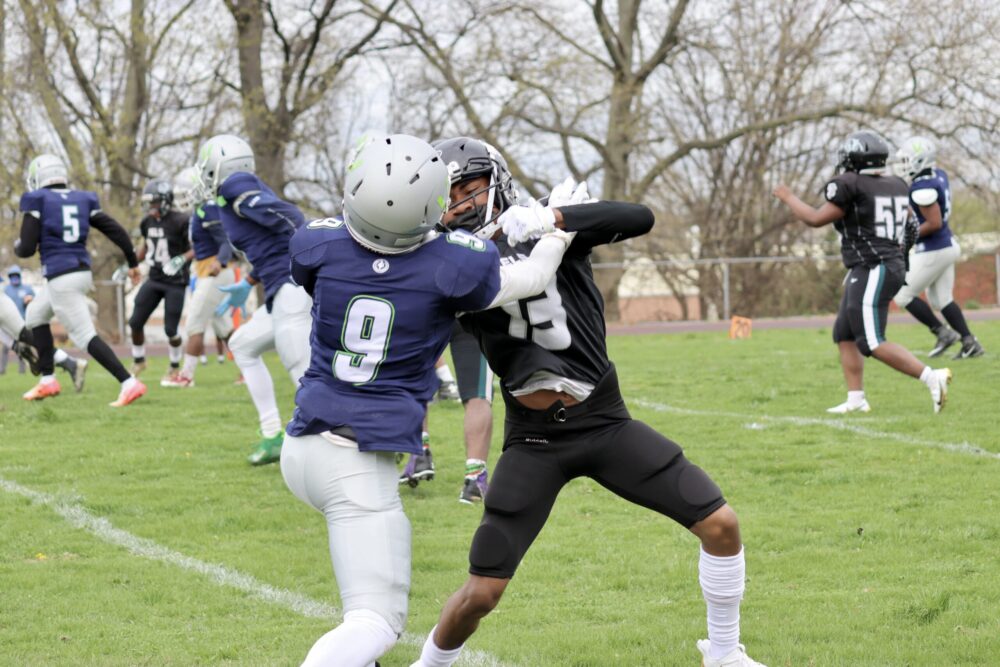 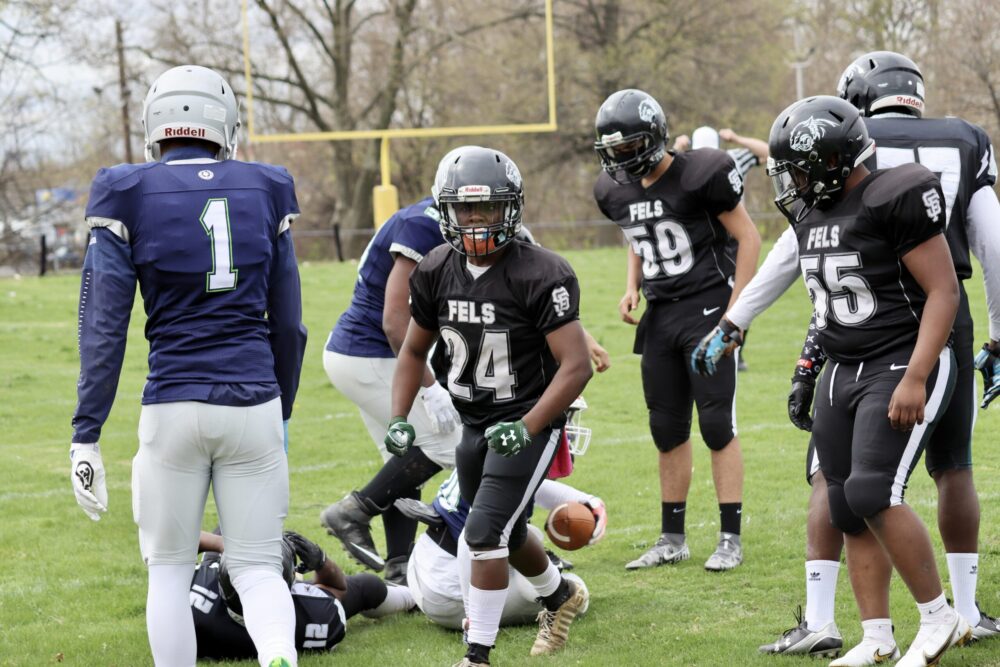 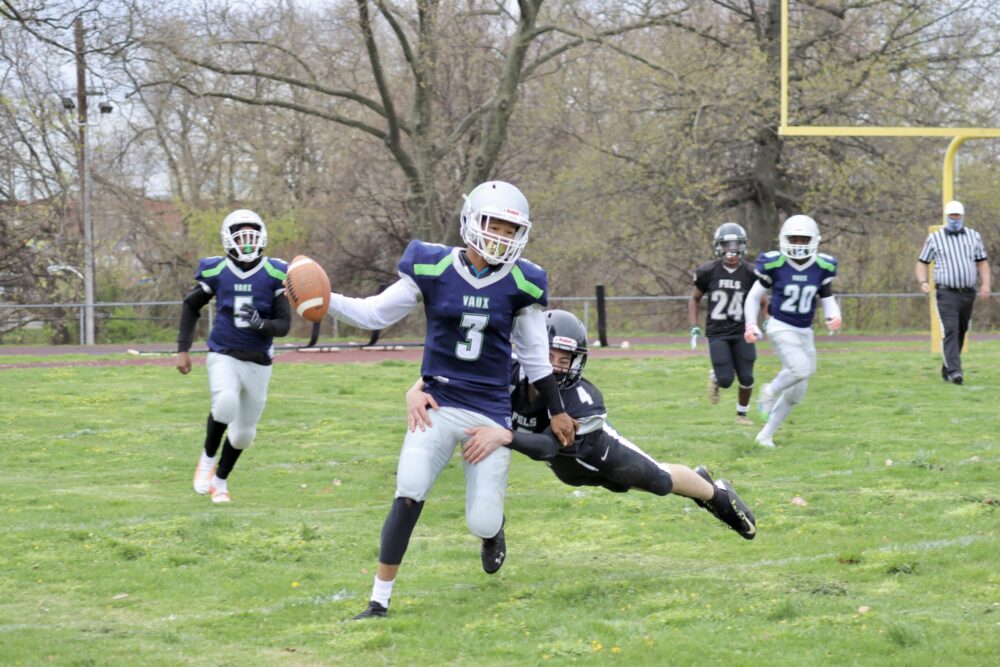 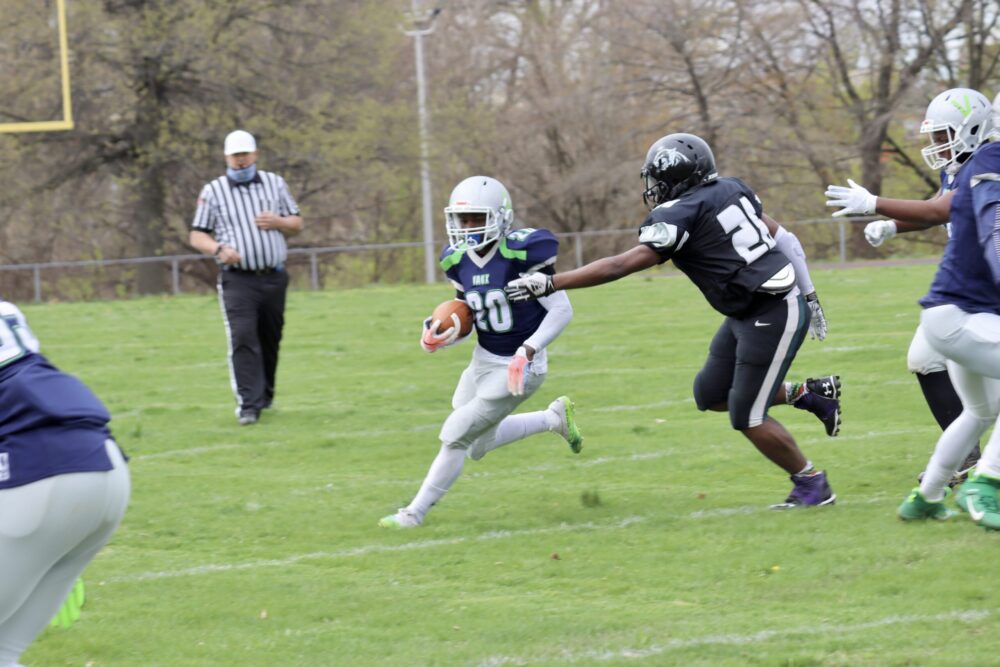 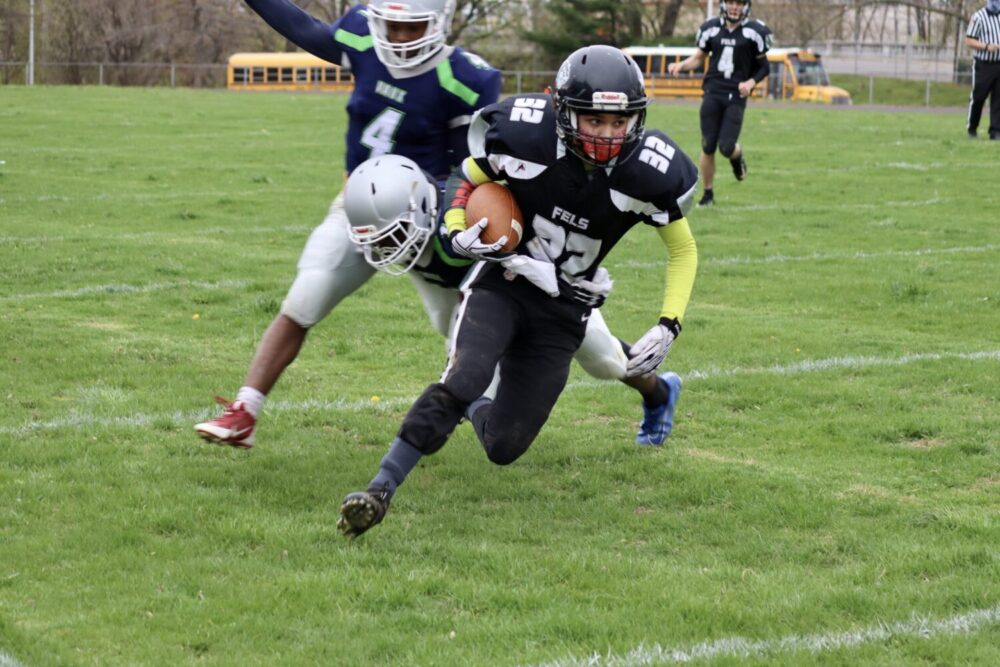 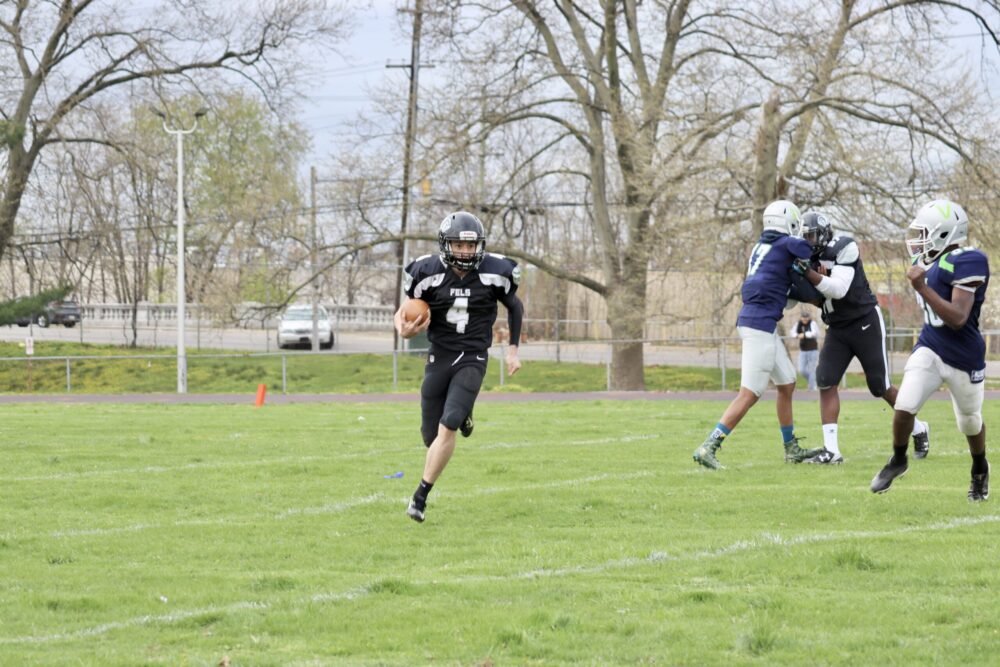