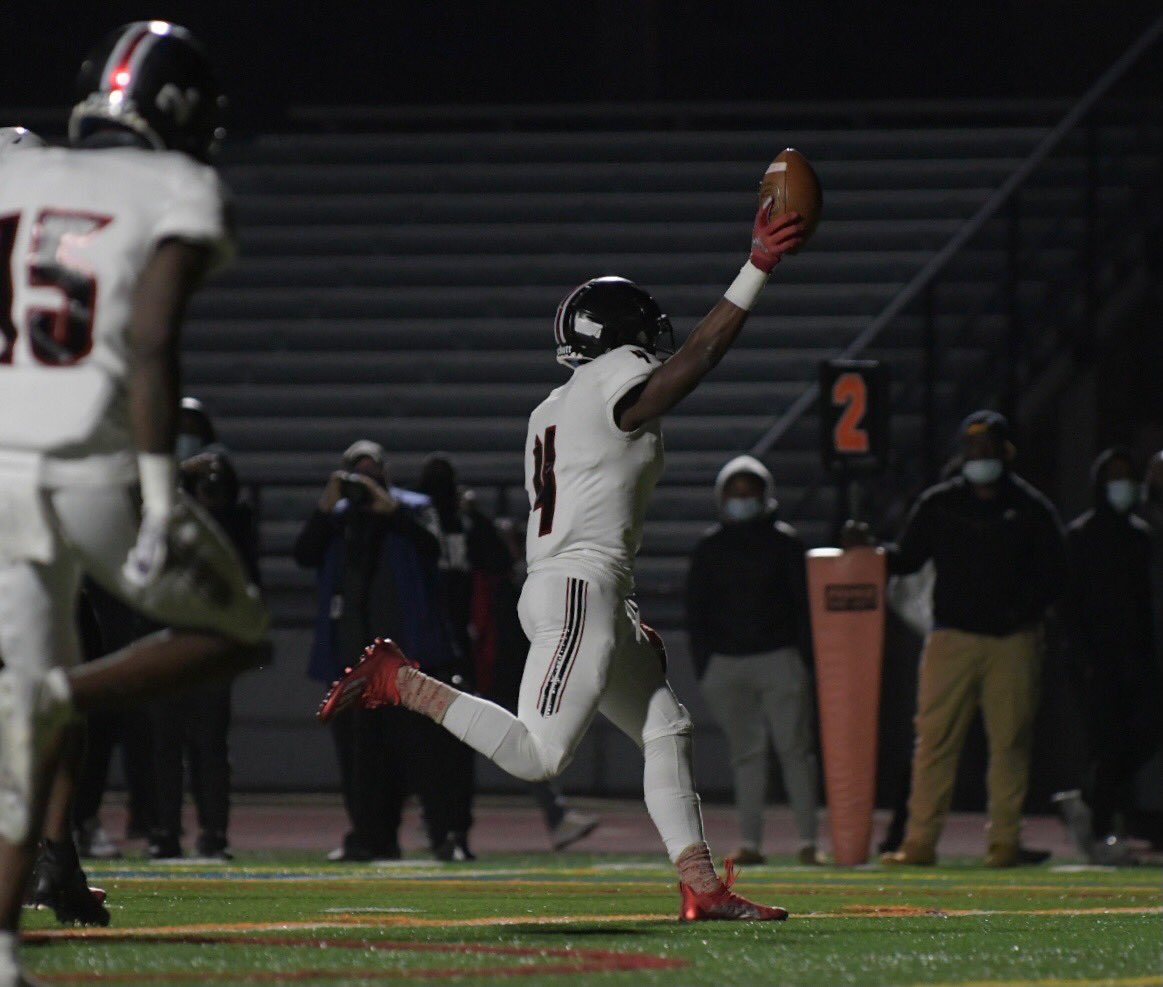 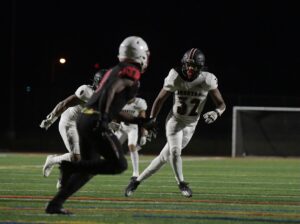 Northeast and Imhotep entered the last city spring battle with 7 wins and no losses between them. The highly anticipated April matchup lived up to it’s billing for most of the game, with the score just 8-0 heading into the fourth in favor of the Panthers. Then a miscue by the Vikings offense gave Imhotep the chance to pull away. Facing fourth down deep in their own territory on their 8, the punter pulled the snap and ran out to the seven giving Tep the ball with a short field. Northeast held but was forced to punt giving Imhotep the ball at the 45 and the Panthers rode a wave of momentum into the endzone to go up 14-0 with a six yard run from Cameron Jackson and the Panthers rolled to a 22-8 win to close out the spring season for city football. Keon Wylie had five sacked for 18 yards to lead the Imhotep defense. “It was a lot of hype for this game but for me it was just another regular game” said Wylie humbly of his performance. “We just get here and we do what we’ve been doing. I just did my thing.”

“We got the win but I’m mad as heck” said Imhotep’s head coach Devon Johnson. “We left points on the field and we just can’t do that.” The first set of points the Panthers missed on came on the first drive of the game. Starting at their own 34, Tep drove to the Northeast 13, but the drive stalled right there. The Vikings managed to get to midfield but a brutal Panther defense held and forced a punt. Senior quarterback Timothy LaSmith led the Panthers on a 12 play, 63 yard drive that ended with him calling his own number from the one. D’Shaun Seals ran around the end for the two pointer giving Tep their 8-0 first half lead. During the drive, Will Robinson carried the ball 5 times for 42 yards and LaSmith hit on three of four passes to get the Panthers in striking distance.

Panthers strike first @TimothyLasmith in from the one. They get the two. 8-0 @TepFootball 5:14 left in the half pic.twitter.com/naGvqEJIgy

To start the second half, the Imhotep offense had excellent scoring position at the Viking 11 after recovering a fumble but failed to score. On the ensuing drive, Wylie registered his second sack of the game. The miscue gave Tep another chance and again were turned away. No problem the that stingy Panther defense. Wylie got his third sack and the defense once again forced a Viking punt that resulted in the Jackson td to put Tep up 14-0 at the 11:54 mark of the fourth. Wylie kept the pressure on all night, registering his fourth sack to set up the next Panther td with the help of a great punt return from Seals.

Taking the punt at the Tep 45, he squirted down the sidelines to the four yard line of Northeast. “Our defense played lights out. It always helps when they give your offense great field position” said Johnson. From there, a series of events moved the Panther offense backwards, but LaSmith, who hit on 9 of 13 passing for over 120 yards and a td, found Terrance Adams from 10 yards out to seal the game.

Northeast scored on a 12 yard run by Diandre Green with just seconds left on the clock.

“Team working together, working hard all week. We knew this was the biggest game of the week and we just prepared” said LaSmith. “Our defense kept giving us short fields and we just took advantage when we could.” 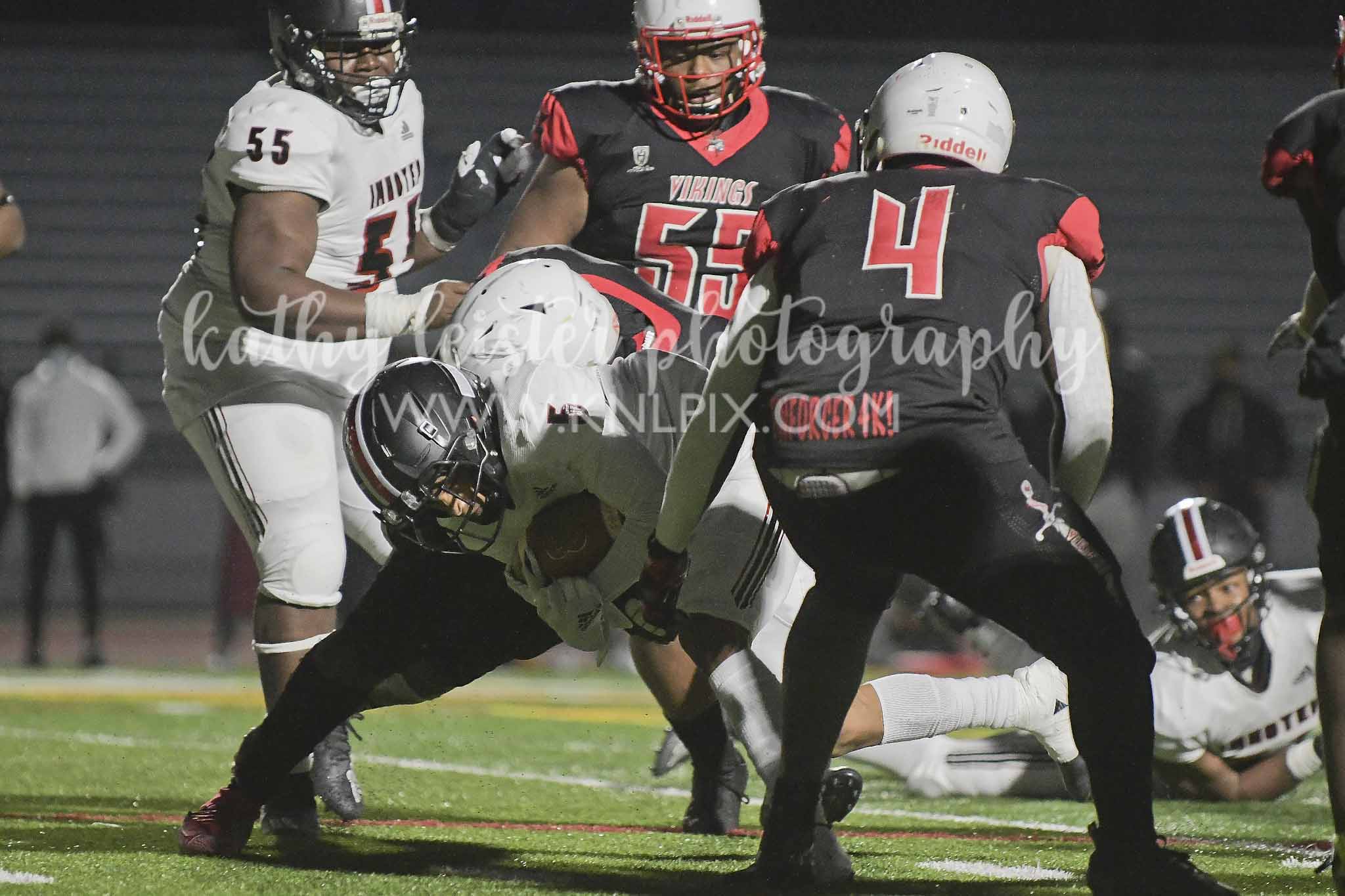 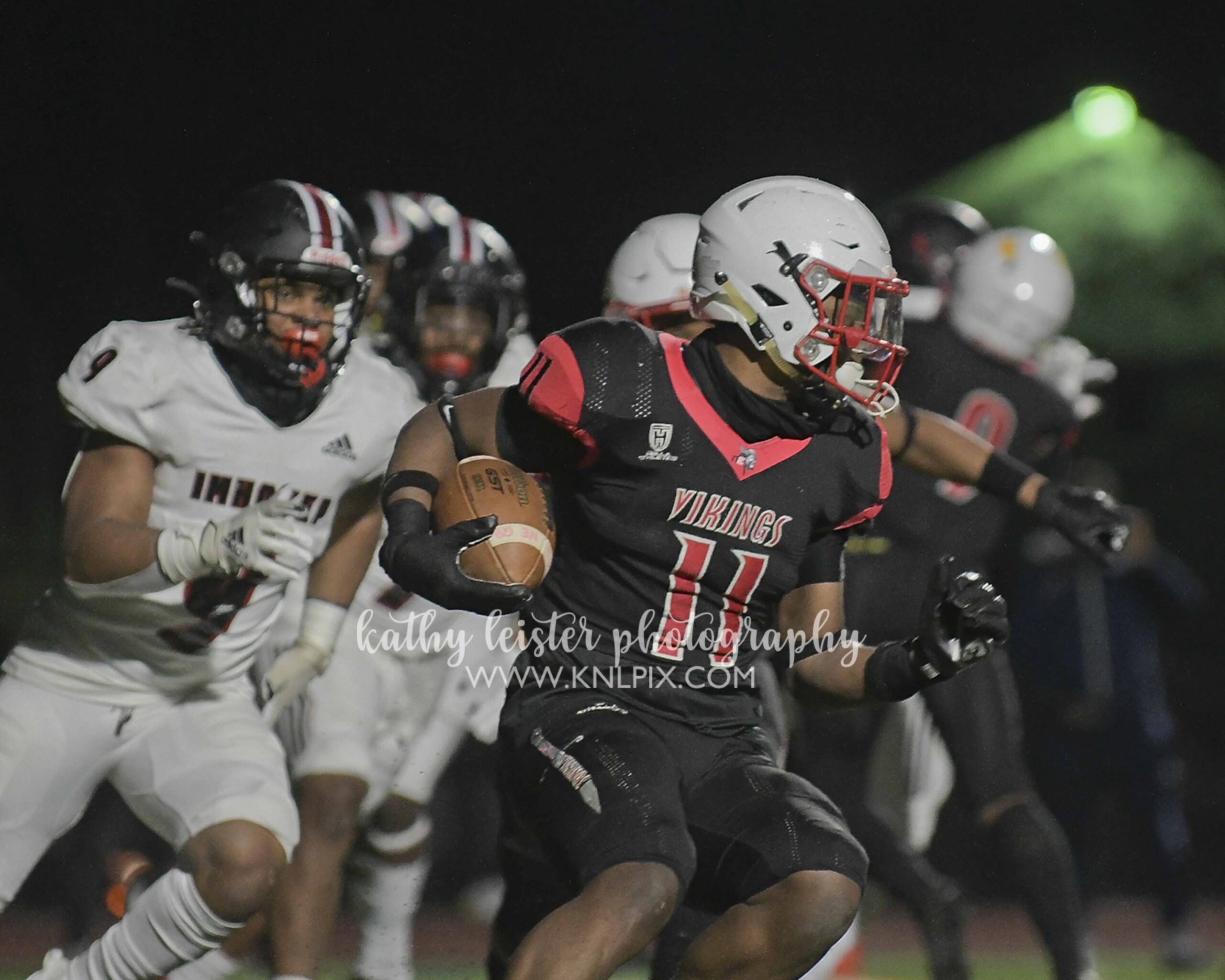 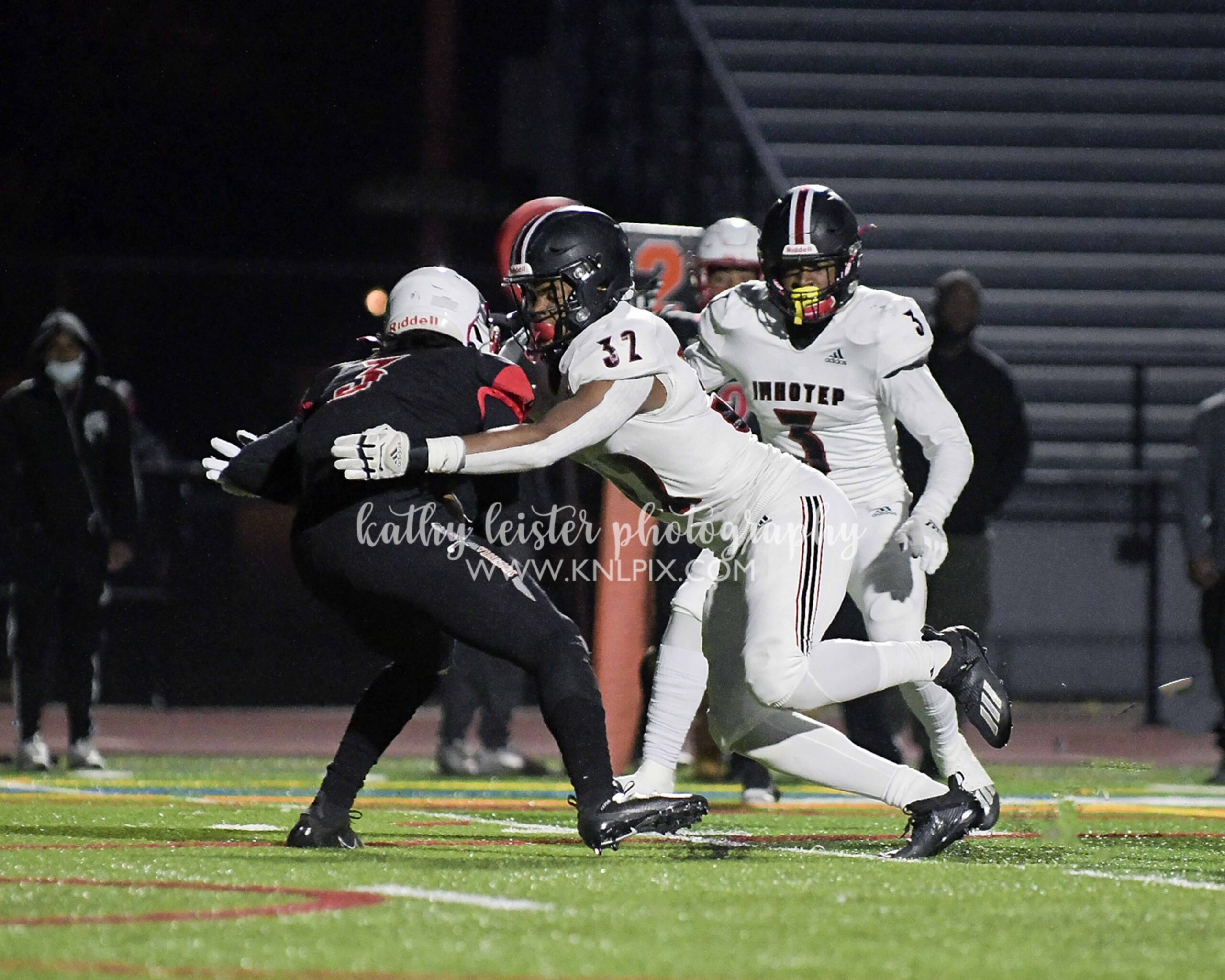 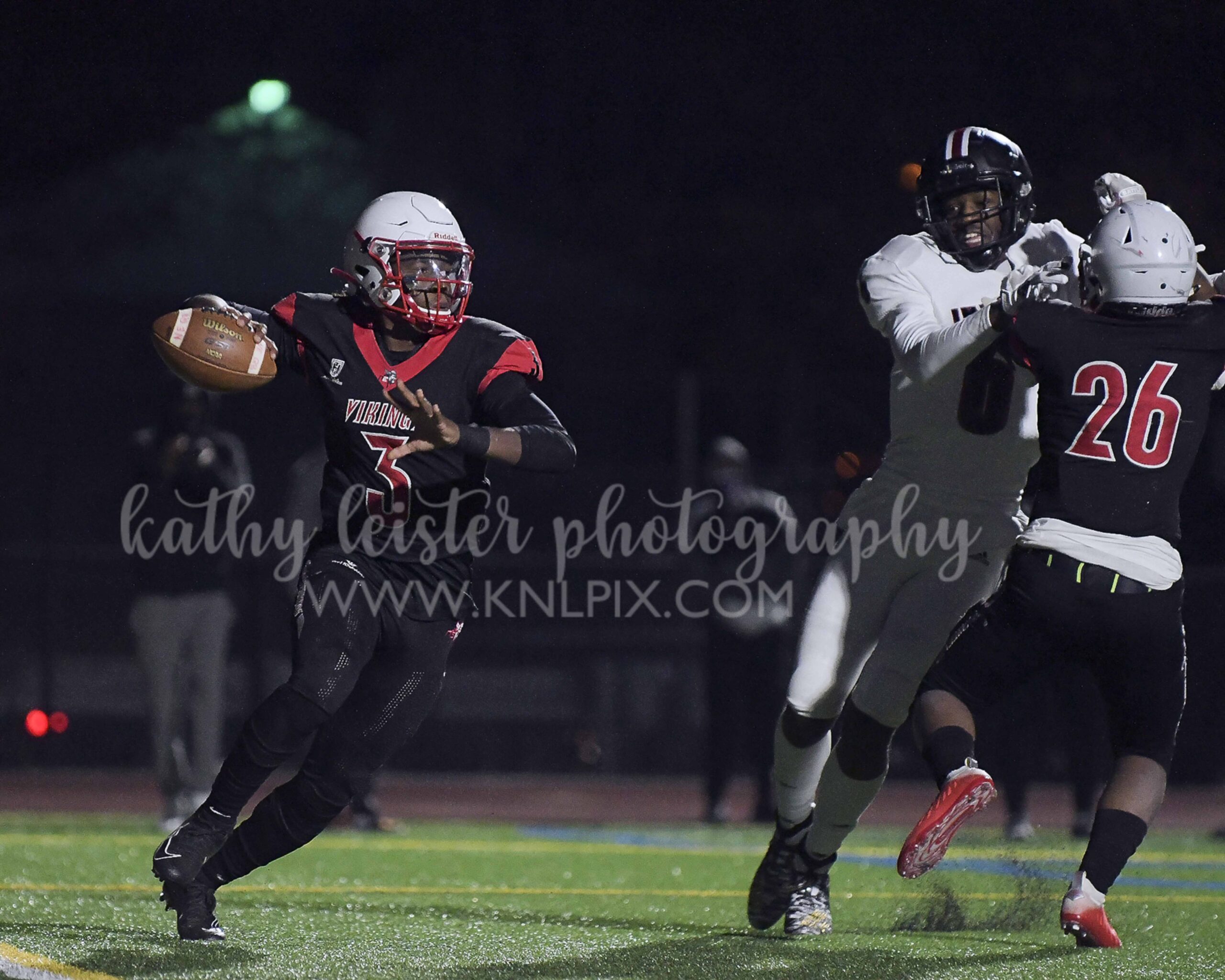 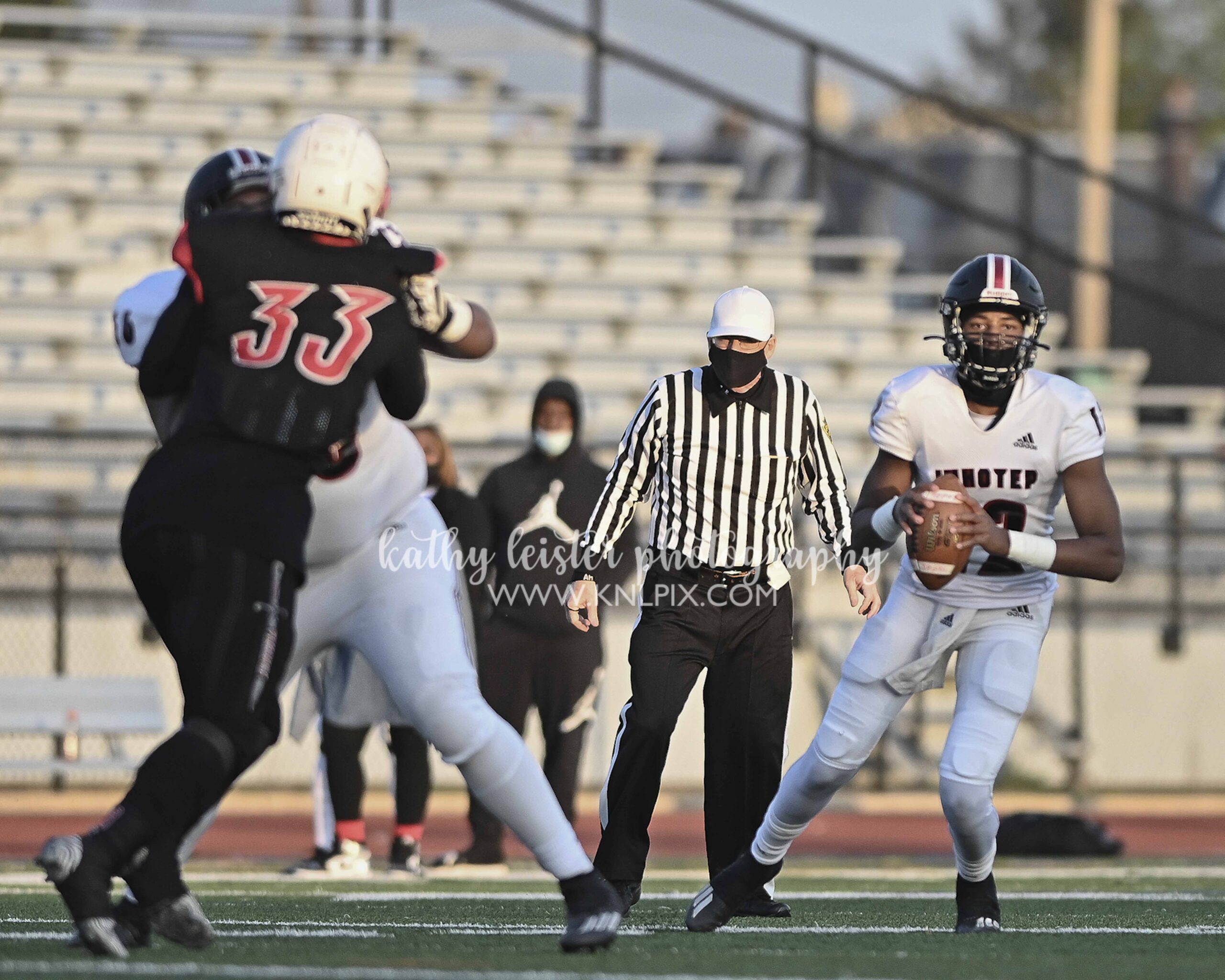 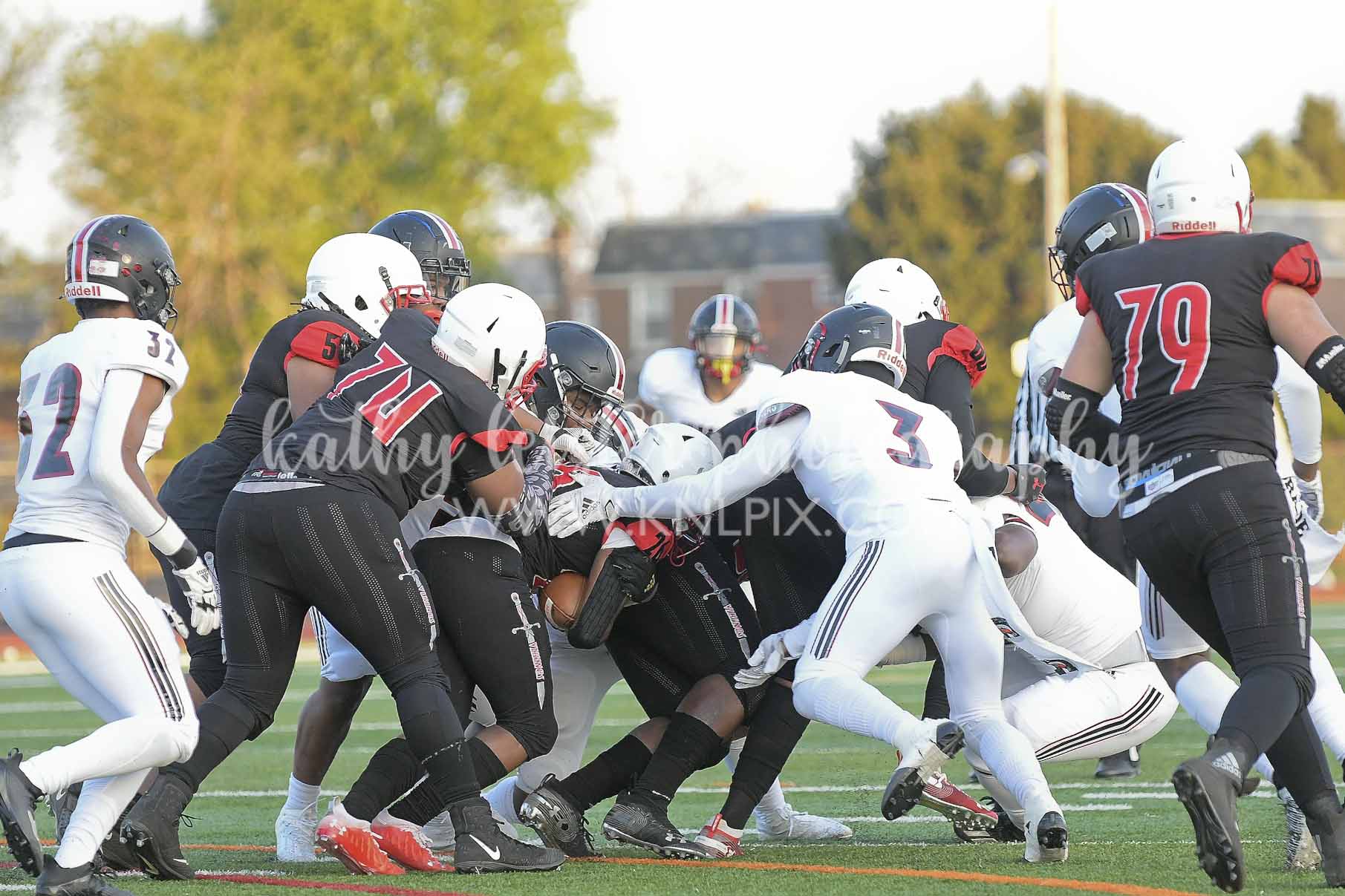 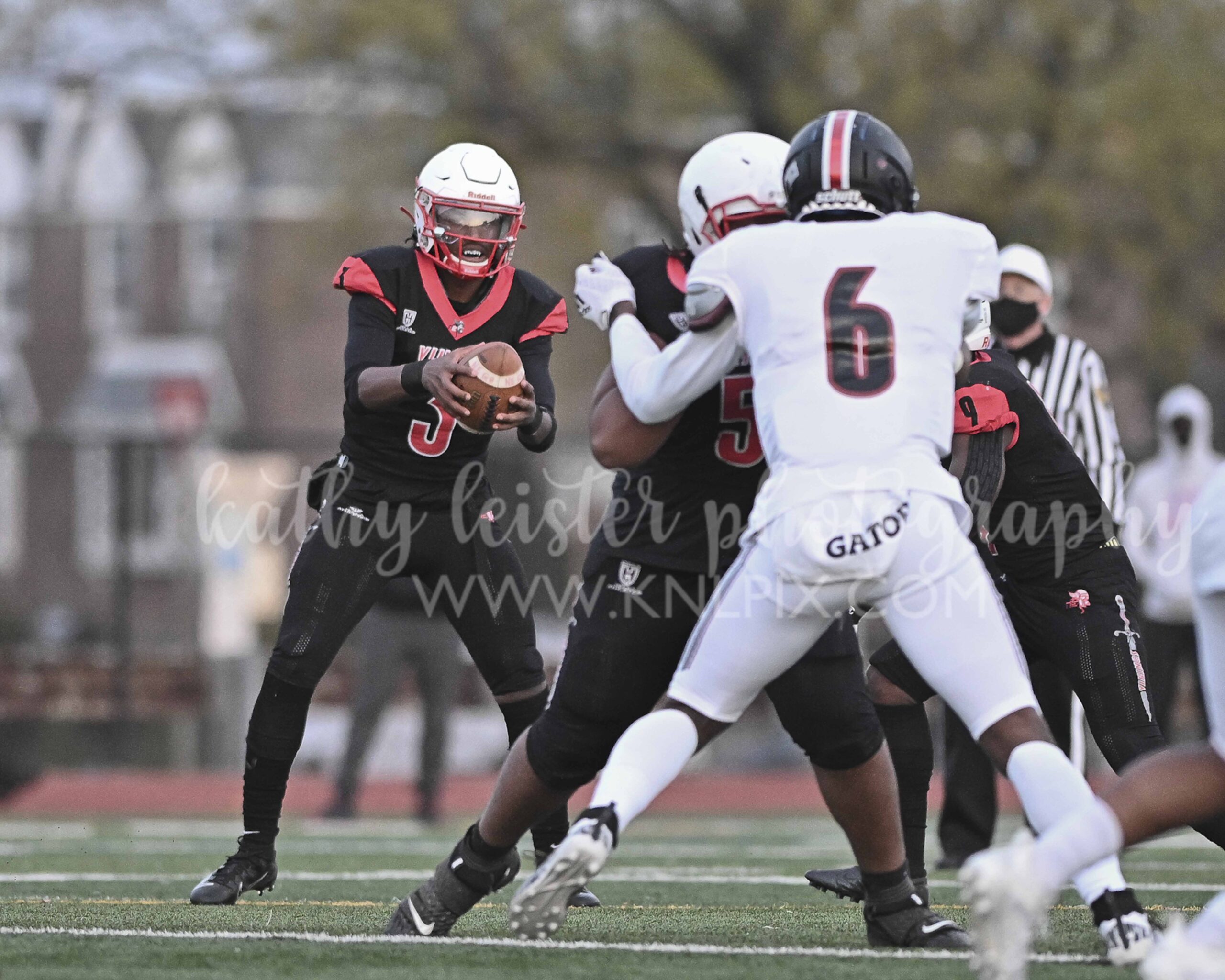 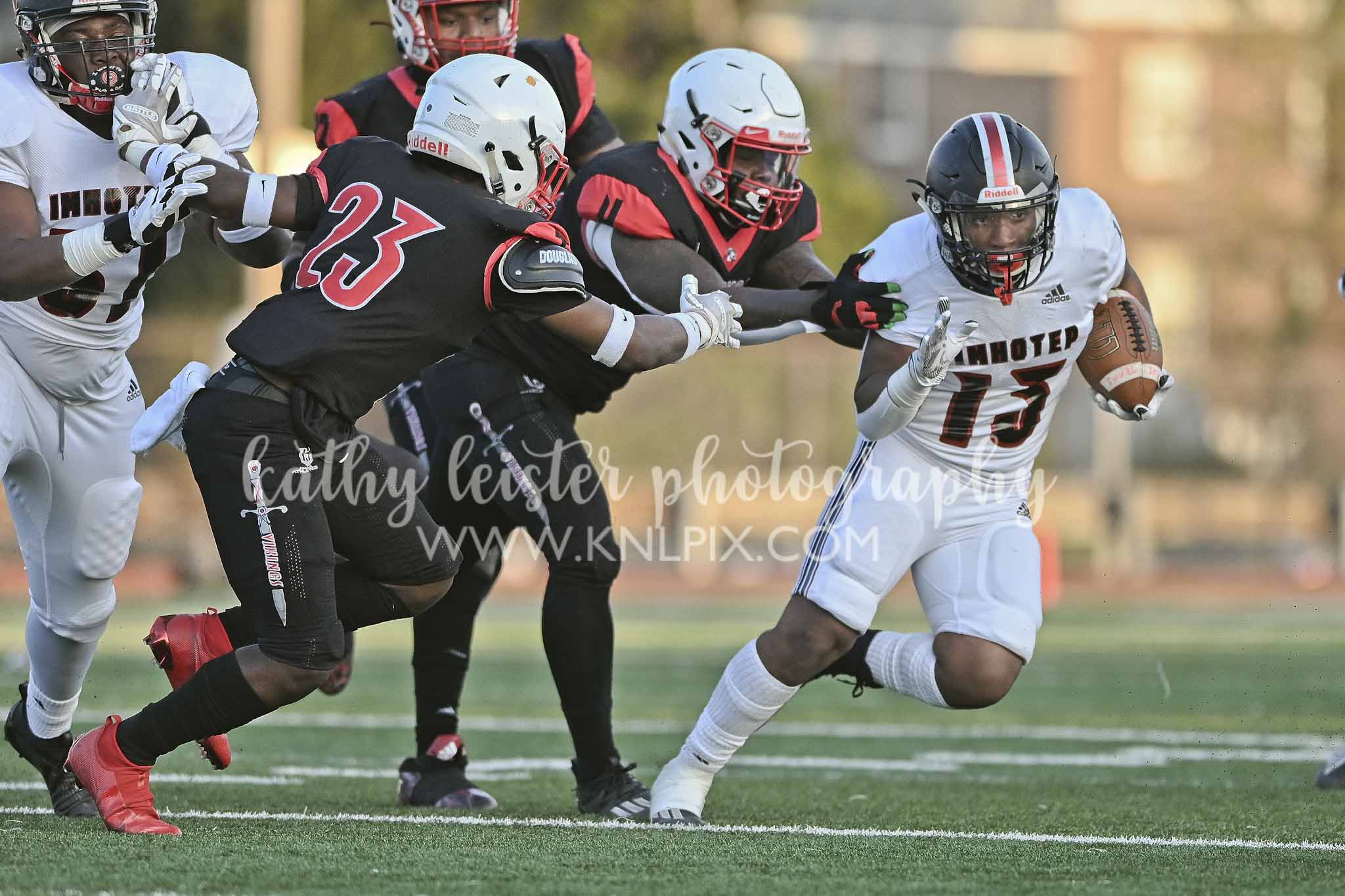 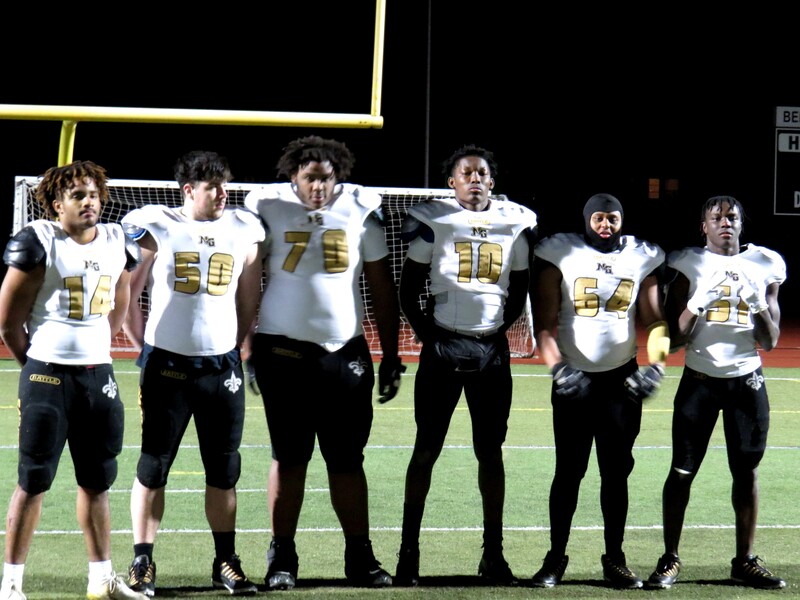 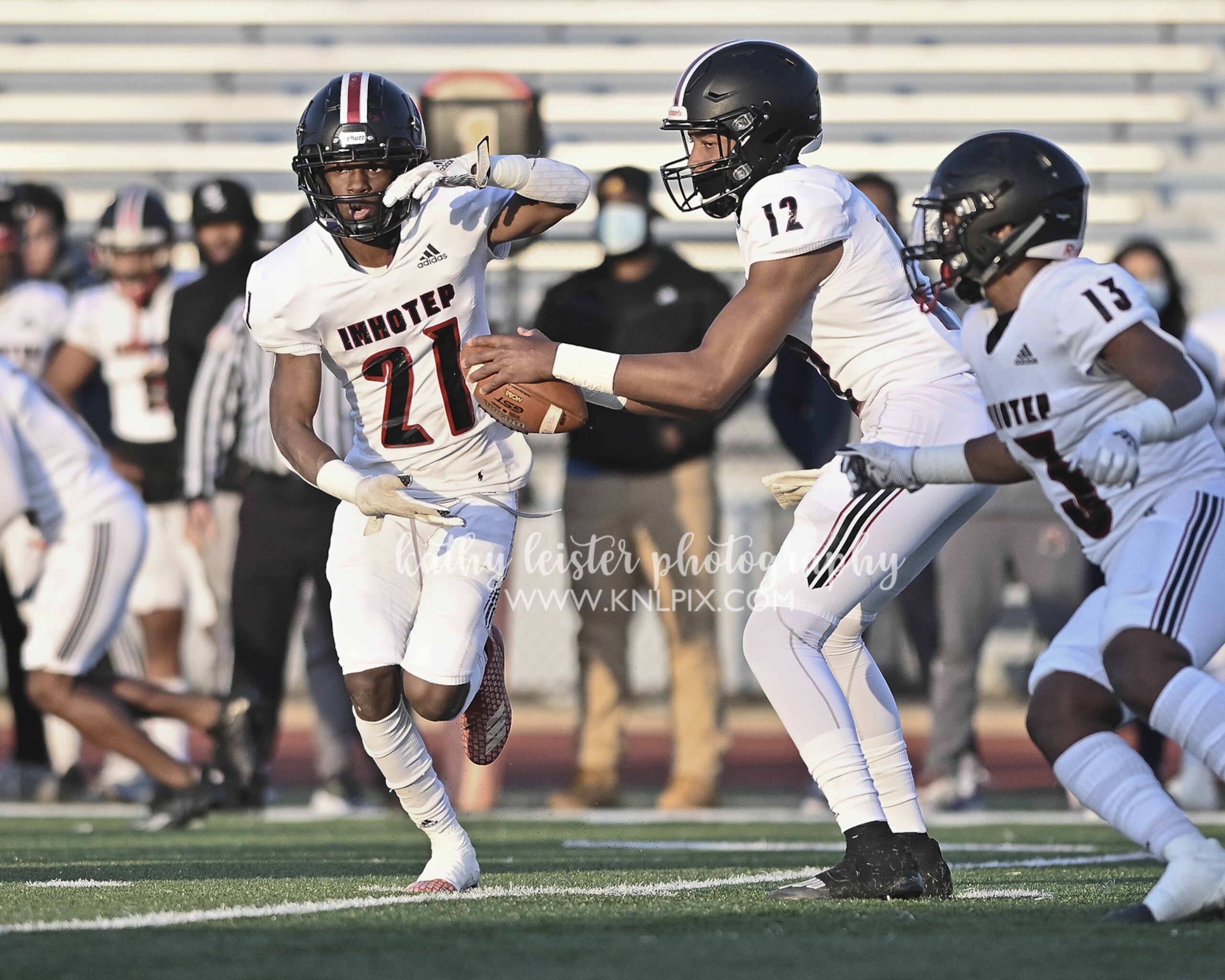 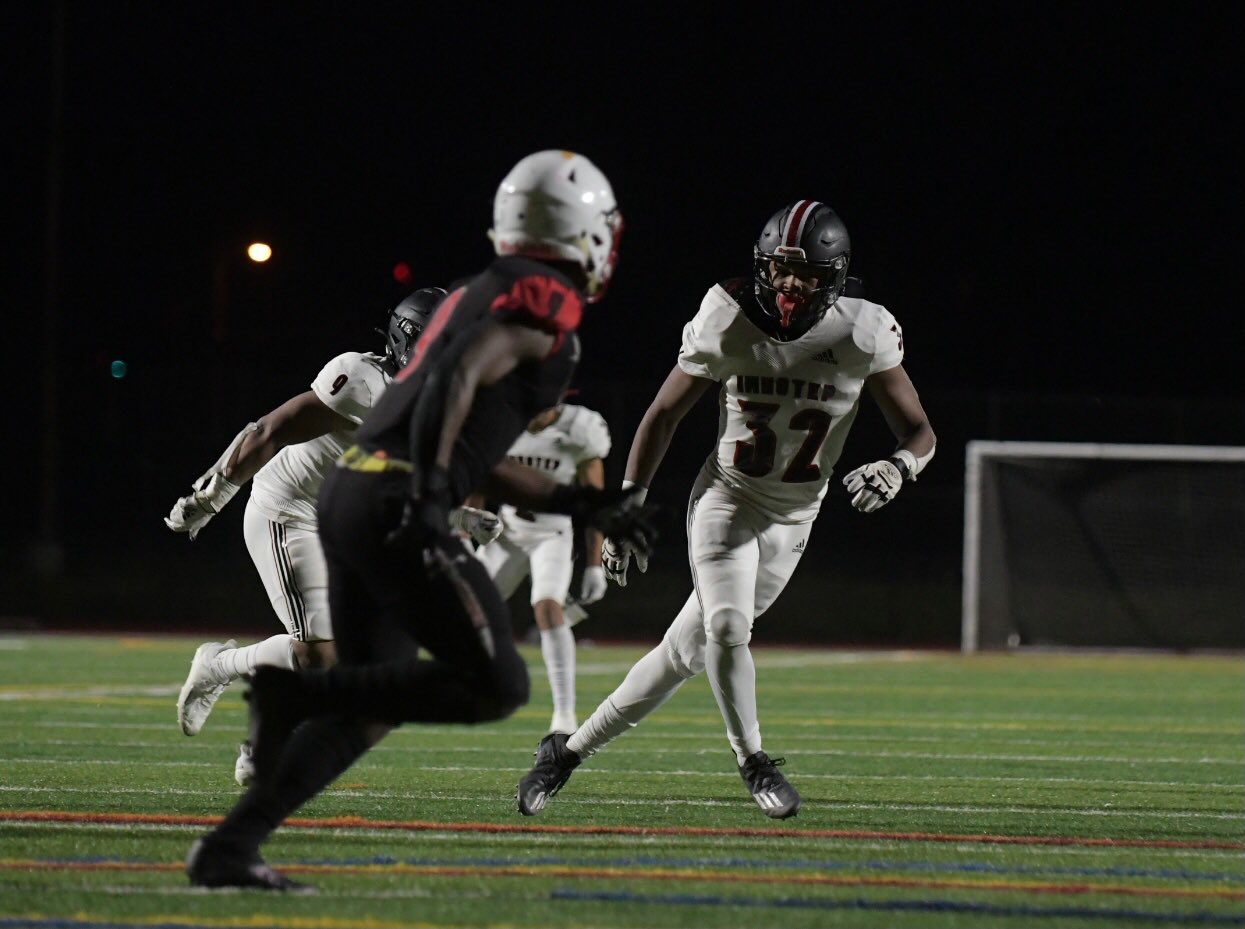