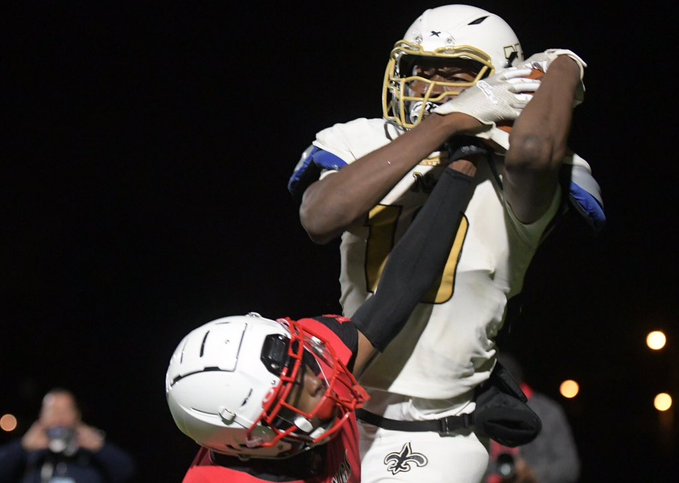 Football is a game of momentum.  When you have it, everything goes right. When you lose it, everything goes wrong. The Northeast Vikings experienced that first hand Friday night against the Saints in full fashion. The Vikings controlled the first three quarters but had to hold on in the fourth quarter and escaped with a 22-20 win.

“We didn’t finish the game the way we’d like to have but we’ll take the win against a damn good Neumann Goretti football team. Those guys fought hard, they put themselves in a position to win the game but we held on” said Northeast head coach Eric Clark.

The Vikings used a nice mix of run and pass in the first half to jump to a 14-6 lead. Quarterback Di’Andre Green connected with several receivers in the first half going 4 of 7 for 71 yards and a td, but it was the Saints who struck first.

Starting at their 13, the Saints went on a 10 play drive, aided by a 51 yard pass from Marqui Adams to Jasir Jefferson. Facing a fourth and goal at the one, Jayden Sumpter broke the plain just barely to put Neumann Goretti up 6-0 at the 9:28 mark of the second quarter.

Saints score on a one yard run by Jayden Sumpter. 6-0 @HEADSAINT pic.twitter.com/oBRMjIENK8

The Viking defense stepped up and held the Saints scoreless, continuing to give the Vikings chances to score. Penn State recruit Ken Talley continued his spring tear forcing 2 fumbles and and recording 8 tackles for loss.

Midway through the second, that defense forced the Saints to punt giving the Vikings a short field at the Saints 37. Amir Valentine finished the drive with an 11 yard run but the 2 point play failed leaving the score tied at 6 with 5:16 left in the half.

After forcing another punt, the Vikings went on a 8 yard, 61 yard drive to end the half. Green hit three different receivers for a total of 44 yards, the last a 25 yard td pass to Valentine who grabbed a tipped ball and went 25 yards for the score. Eric Wilson hauled in the two point pass to give Northeast a 14-6 lead at halftime.

Di’Andre Green has pass tipped but ⁦@AmirValentine⁩ finds it and goes the distance. 25 yards. Eric Wilson caught the two pointer to make it 14-6 ⁦@NEVikingsFB⁩ at the half pic.twitter.com/i7ezCM5gT6

“This was a opportunity to help us get better. When you find those opportunities it helps you as a team” said Saints head coach Alby Crosby. “The biggest thing is we missed a couple opportunities and left some points off” said Crosby about the three missed extra point attempts.

Northeast started the second half strong. First Terail Greene picked off a Saint pass, then the Viking offense scored on a Green to Zymil Lee 43 yard td pass. Then in what turned out to be the most important play for Northeast, Tiar Young hauled in the eventual game winning two point pass to put the Vikings up 22-6 with 6:07 left to play.

Then the wheels came off and the Saints found another gear. Starting at their 20, the Saints marched downfield for another score. Jayden Sumpter ripped off a 48 yard run, then Adams found Bambara for his first td reception. The two pointer again failed keeping the score at 22-12.

Saints score on td pass from Adams to Bambara. 22-12 @NEVikingsFB to start the fourth pic.twitter.com/HPri7ERwRV

Field position played a big role in the next td from Neumann Goretti with the next several series’ being played deep in Viking territory. After taking possession at their eight yard line, a punt snap sailed over the head of the Viking kicker giving the Saints a safety, closing the score to 22-14 with just 3:27 left.

It was here Crosby made a crucial call. The free kick went out of bounds and Crosby accepted the penalty forcing another kick. “I wanted to put the ball in the hands of my playmakers” he said of the decision. It nearly payed off.  Yasir Williams grabbed the kick and scrambled 46 yards to the 7 of the Vikings with just over 2 minutes to play.

An errant snap moved the Saints back to the 20 but on the next play Adams hit Bambara again for the chance to tie. The two pointer to tie never got close and the Vikings secured the win.

Saints get a huge return to thei 7. Bad snap puts them on the 20. Adams to Bambara again. No two pointer @NEVikingsFB leads 22-20. 2:23 left pic.twitter.com/pZ8QrqZbUD

“I just feel like we have to execute what the coaches tell us” said Bambara of his teams effort. 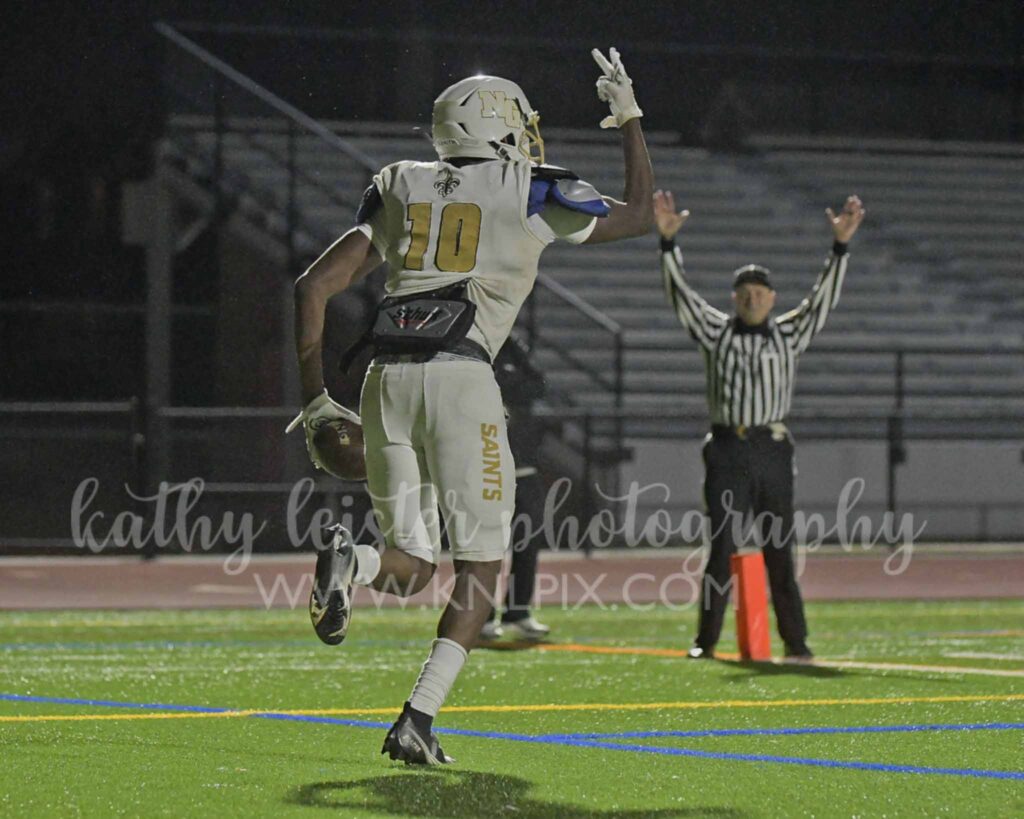 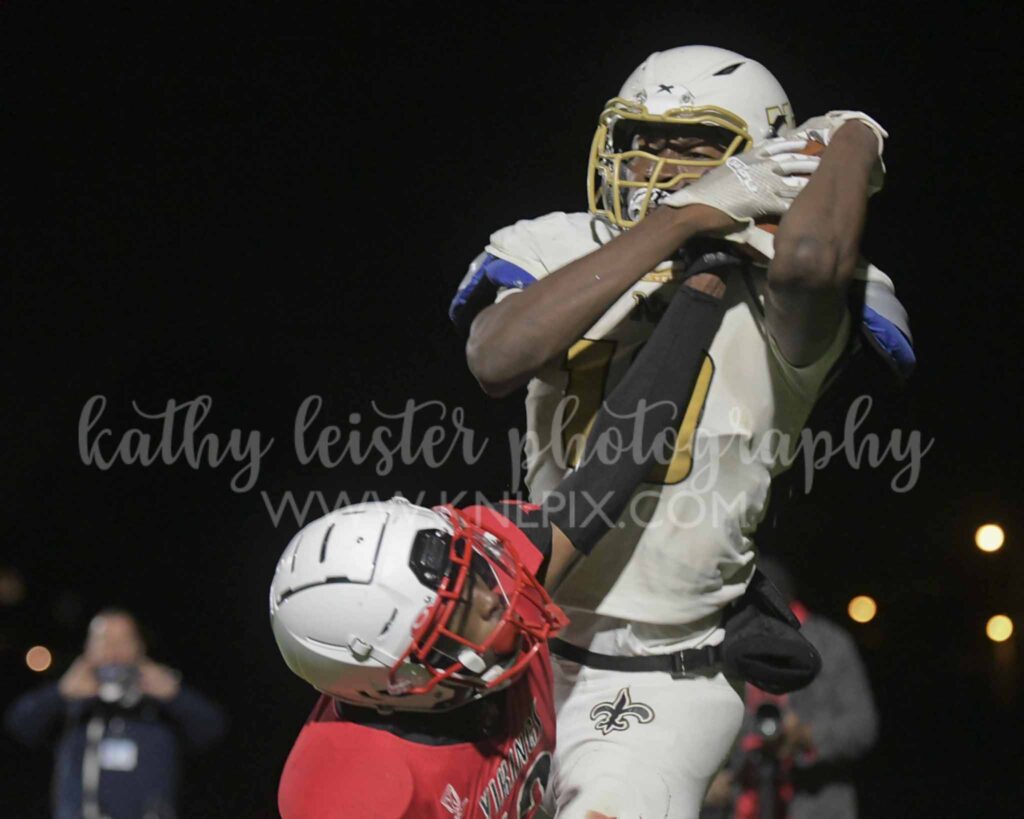 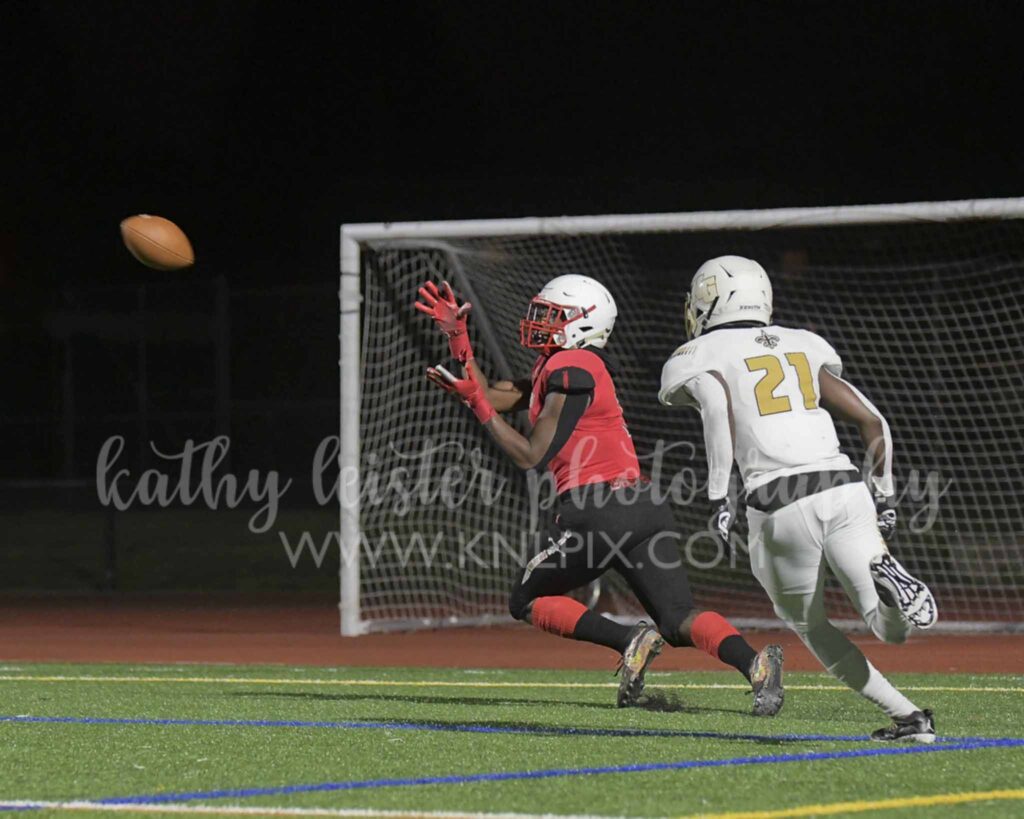 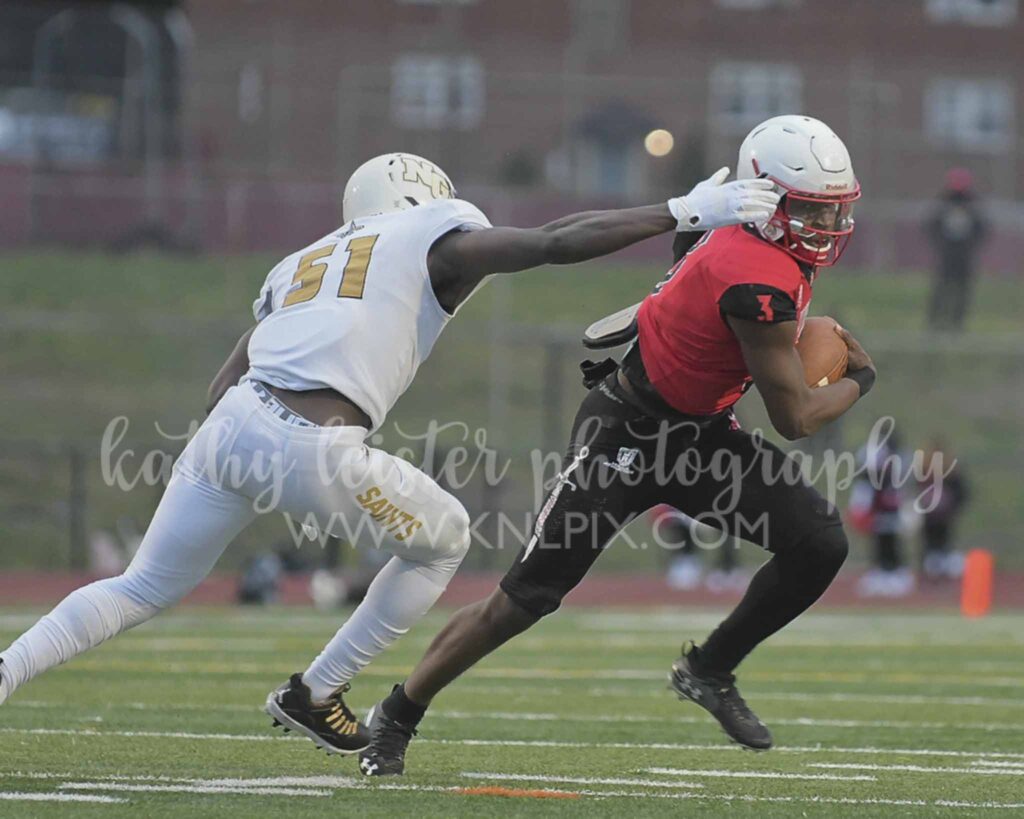 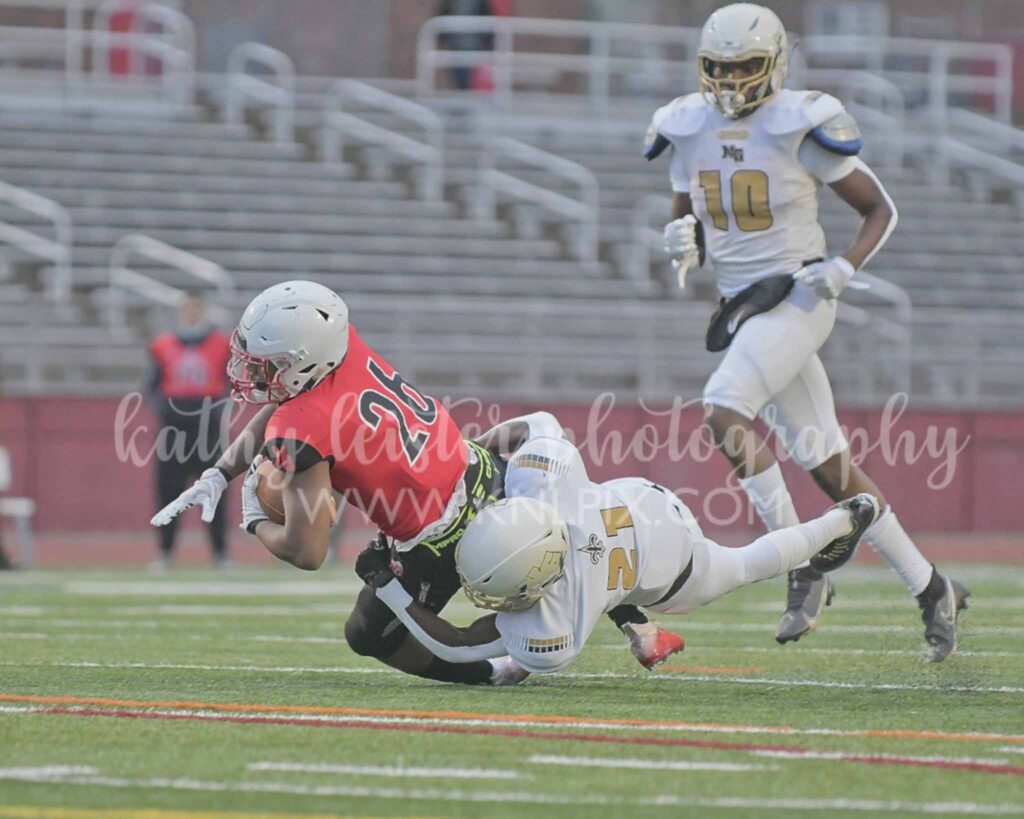 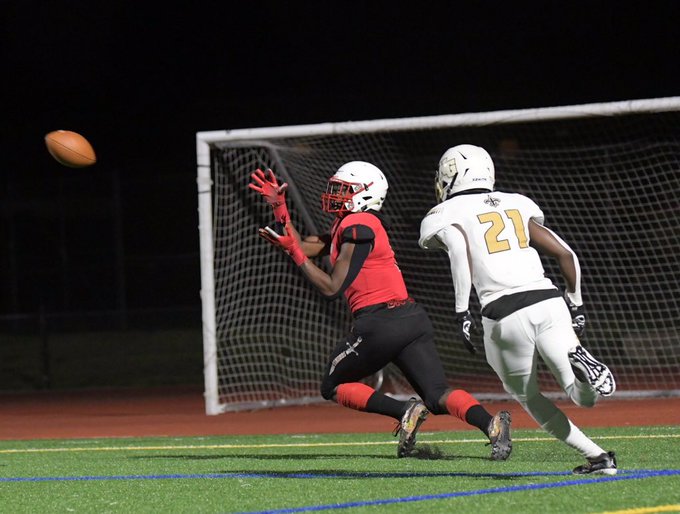 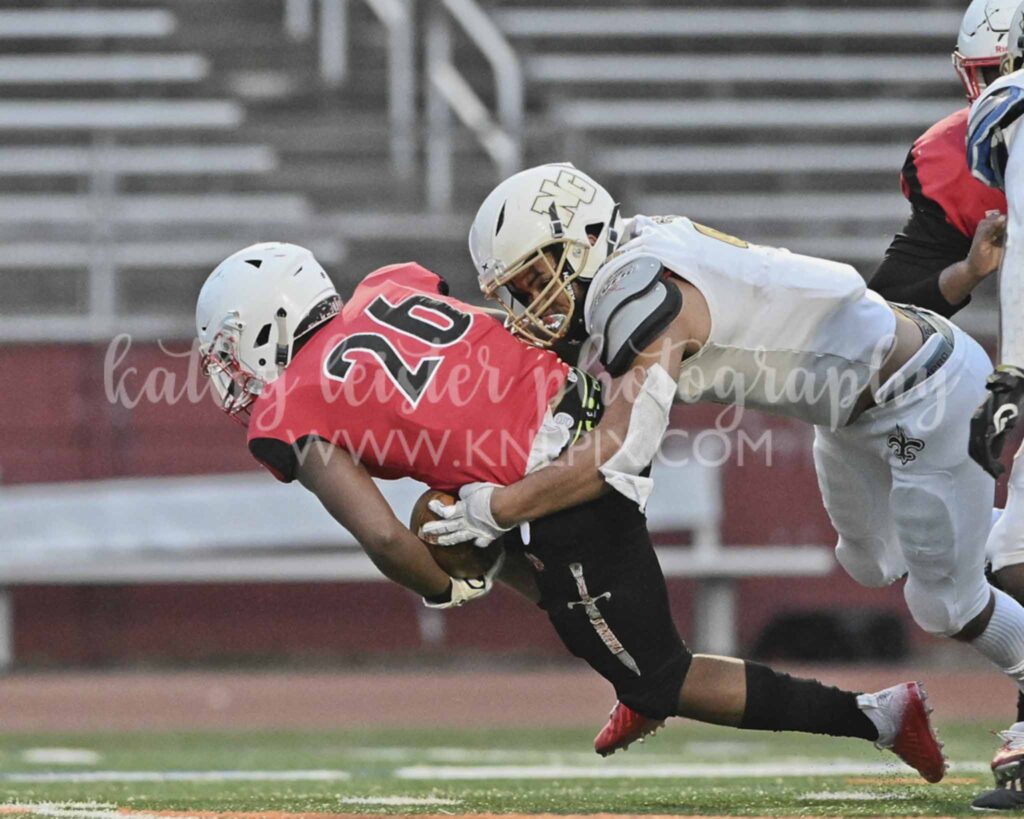 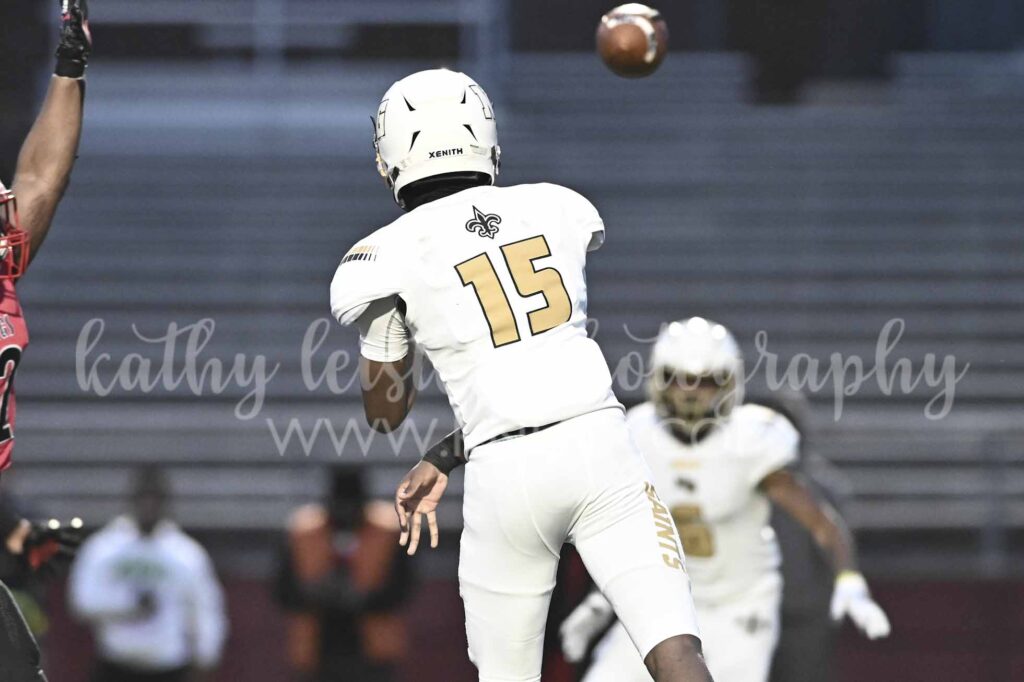 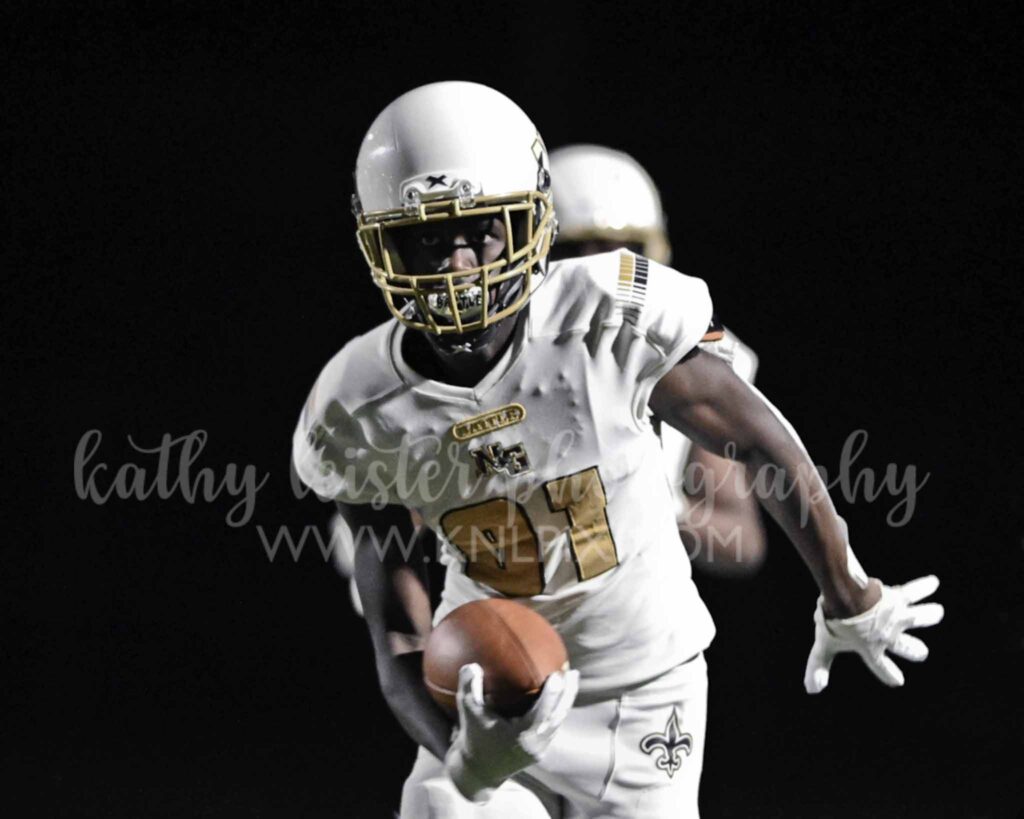 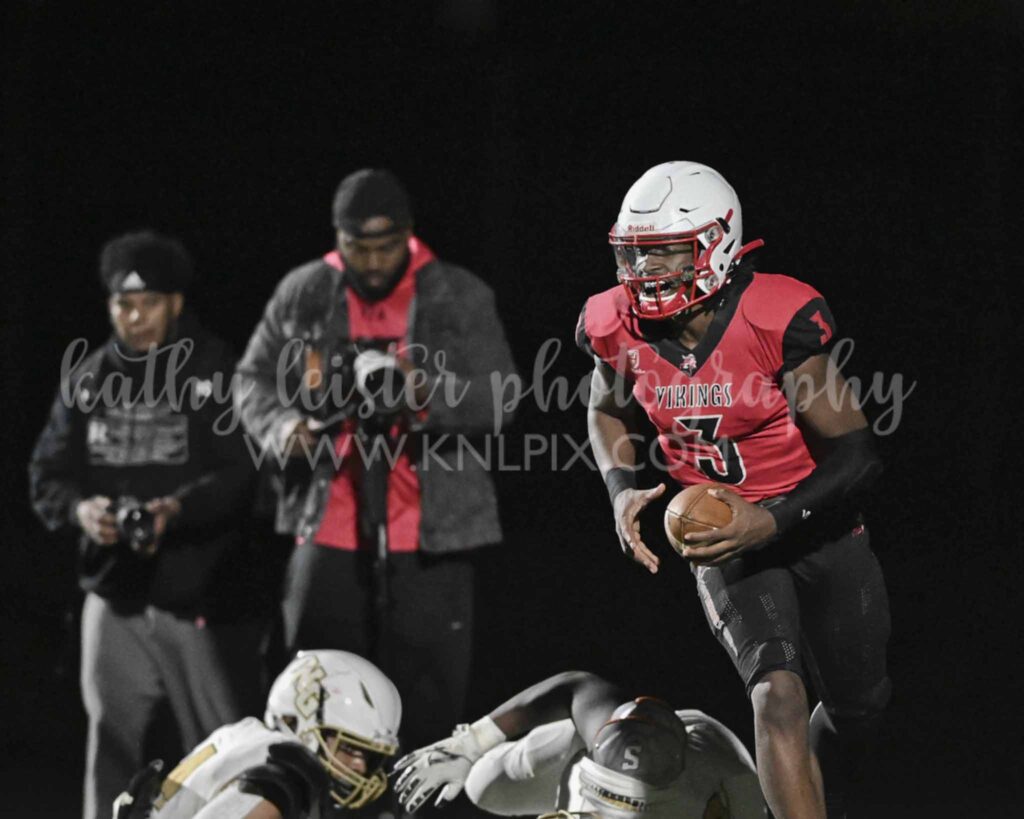