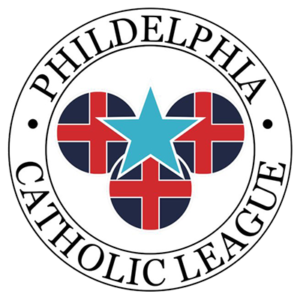 Anything is up for a team that finished 0-10 last year. The Patriots return a whole host of players from last years team.

“We have to do a much better job taking care of the football on offense. Looking for significant improvement in our rushing production and performance of our offensive line. Defensively, we need to cut down on splash plays allowed and create more turnovers. Have a lot of guys returning who were first-time varsity starters last year. We are banking on their improvement, growth, and development inside our program.”

Bill Murphy is hoping this year is a much better year for the Raiders. He looks to build on last years 6-5 record. Aidan Clancy returns at QB and they return 3 of 5 linemen to protect him. At the running back spot look for Kyle Schumann and Matt Malley to carry the load. McDermott Murphy is a nice target at TE. Defensively Murphy will give teams trouble.  “We are looking to build off of what we did last season. We feel that we have a very good group of kids that can make a run this season if we stay healthy and play disciplined.”

Last years 10-3 record was no fluke. The Friars had one of the best teams in the southeast. Jack Muldoon has a task ahead if he wants to repeat last years success. It won’t be easy but they have the parts. Losing Shane Mullholland and All State running back Mason Peterson leaves two huge holes to fill on offense. Zach Coneys and Avery Hankey will fill those holes and they’ll have 3 of five linemen back to help. On defense when you lose a leader like Damir Williams-Bey you need to find a stud to step up. That’s a big hole to fill. Coach Muldoon says he’s just hoping to be competitive in the PCL.

Mike Ewing is hoping to improve on the 2-6 record from last year. “Very young, enthusiastic team will look to experienced senior leadership to get this team to compete every week.”

Dom D’Addona is happy to see an increase in the number of players at Lansdale. Added depth should provide a little spark to improve on last years 1-9 record. Efrain Quiles will carry the load for LC on offense. This team has a lot of work to do to get back to their glory days but we should see improvement. Josh Brown was all conference last year and will lead LC on defense.

The Saints are led by HC Albie Crosby and are fresh off a long PIAA playoff run that ended in defeat in the semi-finals. The stingy defense is pretty much in tact from a year ago however they lost 3 huge offensive weapons in QB Marqui Adams (Delaware State), RB Jayden Sumpter (Springside Chestnut Hill Academy) & WR Yazeed Haynes (North Penn/Georgia commit). Defensively they also lost LB Anthony Johnson (Rutgers) & Raleigh Collins (WVU). Returning is all state performer Athlete Shawn Battle (Final 5 Nebraska, BC, PSU, UVA, CIncy), Sr. LB Samuel Hobbs (Syracuse offer). The Saints won’t run through the division as they did last year as they’re in a rebuilding phase but should remain competitive and if they can find consistency and chemistry on offense could be formidable in the PIAA playoffs.

The Burrs stumbled to a 4-8 record last year losing in the playoffs to Northern Lehigh after stunning both Conwell Egan and York Catholic. This year coach Brian Wood has a nice nucleus returning and could be a player once again to beat some good teams. Keason Athill is looking like the QB to lead the Burrs.

This team has a lot of returning experience and could definitely be a team to watch.

After a disappointing 2021 season the Vikings have a new HC in Dave Armstrong while also losing quite a few key players such as LB Tyrese Whitaker (Northeast/Temple Commit), RB James Bermudez (Northeast), OL Kevin Towns (SJ Prep), Semaj Bridgeman (Imhotep/Michigan Commit), OL Mason Yacovelli (Cornell) & Andrew McHugh (Marist). They do return 2 all state players in TE Marcus Dixon (Clemson commit) & DE Eric Gardner (finalist include Temple, WVU, Syracuse, PSU). Despite the deflections Wood has a good amount of young talent in the program to keep them competitive. Steady QB play will determine how fast they can turn things around. One positive is that they are returning to 5A classification which means they’ll once again be matched up with Imhotep in the 5A district finals if both teams advance that far.

The Explorers are led by HC John Steinmetz. They won the PCL Red Division regular season title via their upset win over SJ Prep. However they’d fall in the PCL Finals to the Hawks 35-7 thus ending their season.  They lost a few key pieces on offense to graduation with QB Alan Paturzo (Ursinus), RB Samuel Brown (Rutgers), WR Ryan Moore (Sacred Heart) and Amir Anderson (Kutztown). Defensively they have to replace All State and now PSU LB Abdul Carter. The 2022 season will be a rebuilding year for the Explorers where they’ll probably be below Prep & Roman.

Expectations are high at Roman this year. With 16 players holding D1 offers coach Rick Prete is hoping that this is the year they climb that mountain and take the trophy away from SJP. It all starts with Tyseer Denmark. The junior WR/DB holds nearly 30 offers and is every bit as advertised. Getting the ball to him on offense will be key. Jonathan Ingram holds a Kent St offer and the returning QB should have plenty of time behind a veteran line. “House” Ramsey, Lorenzo Dow and Kahlil Stewart should provide a nice wall of protection. They should also be able to clear space for running backs Brandon Mack and Mao Howell.

Defensively, that’s where all the offers hang out. Lyons, Montgomery, Denmark, Speights, Preston and company should, on paper at least, be a tough group to score on. Only time will tell if the Cahillites are able to gel.  “We expect to improve upon last year’s record and have a great season. Our team has been young the last 2 years and are now starting to mature and hopefully as a program we can take the next step” said Prete.

The Hawks once again play a strong out of league competition with all games being against out of state competition. They’ll open the season in FL taking on a ranked St. Thomas Aquinas program. They’ll follow that up with road trips to St. Peters Prep (NJ), Erasmus Hall (Brooklyn, NY) & Gonzaga (DC) before their 4 league games. With a strong nucleus returning the Hawks should be the favorite to win the PCL and District 12 6A title while making another run to the finals in Chambersburg.

2022 Offensive Outlook: “We need to improve throwing the Football. We were very young at WR and need to make plays there. We will have a new QB but I think We have the right guys in that room. We have a very good O-line and RB Situation.”

2022 Defensive Outlook: “We need to be much more physical on Defense, We are looking for a major improvement on this side of the ball. We need to be better against the run and create more take-a-ways to have the type of Defense we expect to have around here.”

« Kotsko’s View: Fire Me Up For A New Season-Week One in the Wyoming Valley Conference!
WPIAL Zone Presents: AJ’s Preseason Elite Eight by @AJWPIAL »