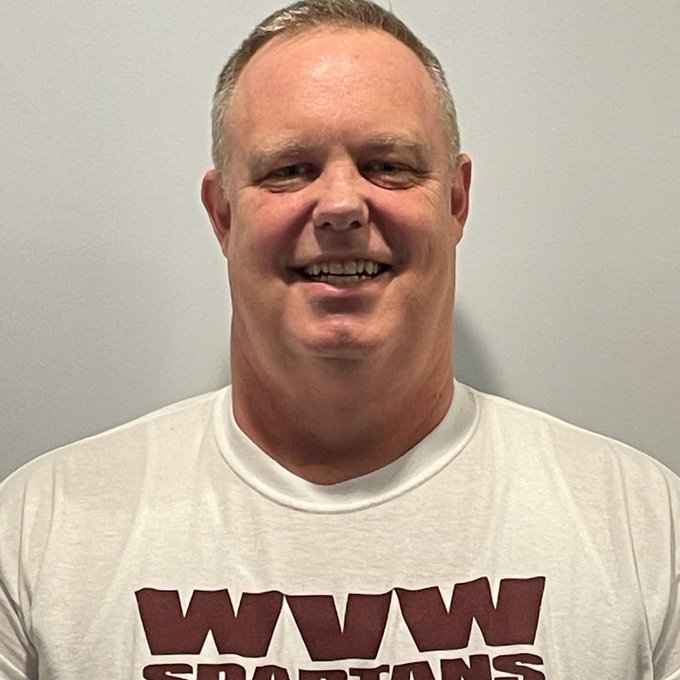 “You just think about this, you’d really like to give your own touch on something, be the guy that calls the shots. Since I got into coaching that has always been a dream. Its that dream you always have” said new Valley West head caoch Bob Stelma. “Then when I was my alma mater put the job opening out there I knew I just had to put my hat in that ring.” Stelma takes over for Jack Baranski, who stepped down shortly after the 2022 season. Stelma graduated from Valley West in 1990 when he was a offensive and defensive lineman. After that he played on the line for East Stroudsburg.

“I’m looking forward to just getting in there and just working with the kids. When I was at Hanover I always did the strength training and I think that brings a team together.” Stelma met with the players after school on Thursday. I met with the kids, it was awesome. It was short notice but it was a good turnout, we had about 35 kids there tonight.’

Bob coached at Hanover Area from 2015 thru 2019 where he coached several different positions including Jr. High, JV, defensive line and strength coach. Then he returned last year to the staff. While at Hanover Area he also was a volunteer for the track team for throwing events.

His philosophy is simple: Every doing their best and working together is what makes a team and results in success. You play how you practice. I’m going to try to bring out the best in every player.”