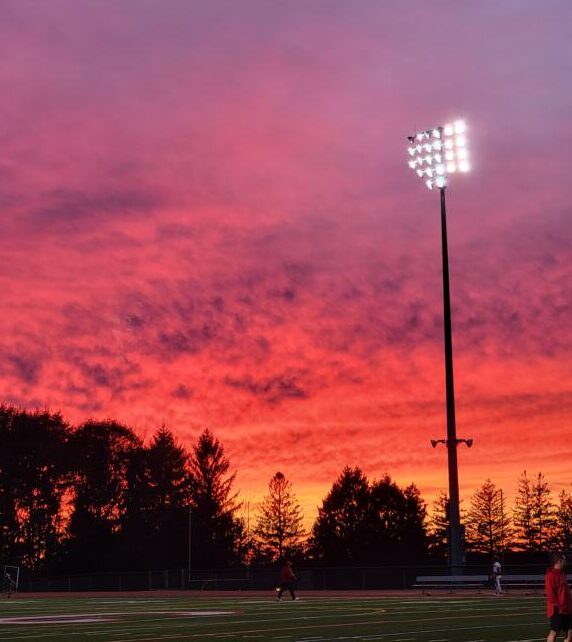 It was a crisp, fall evening up in Mountaintop where it was Senior night for the 8-1 Crestwood Comets.  The North Pocono Trojans came in with a 4-5 mark on the season looking to gain some momentum for the District 2 playoffs.

Crestwood received the opening kick, then used their well-orchestrated run game to set the tempo for the game.  A mix of runs by RB Noah Schultz and QB Jaden Shedlock shredded the Trojan defense, and the Comets scored on a Shedlock 3 yard run.  The PAT was missed and the score was 6-0 Comets.

North Pocono then had their chance, and they seemed to get some momentum with runs by QB Noah West and RB Michael Blaine, plus a nice 12 yard pass from West to Blaine for a 3rd down conversion.  The drive stalled at midfield, and after the Trojans punted it was a sloppy drive for the Comets with several penalties which forced a Comets punt as well.  With the score 6-0 and the 1st quarter in the books, it seemed as though this would be a tight game throughout the evening.

The Trojans had a quick 3-and-out to start the 2nd quarter, and it looked like Crestwood had a 46 yard TD run by Schultz; however, a holding penalty negated the score and the drive stalled.  A punt pinned North Pocono inside their own 1 yard line, and then a fumble recovered by the Comets led to another TD run by Shedlock.  The 2 point conversion failed and it was 12-0 Crestwood. 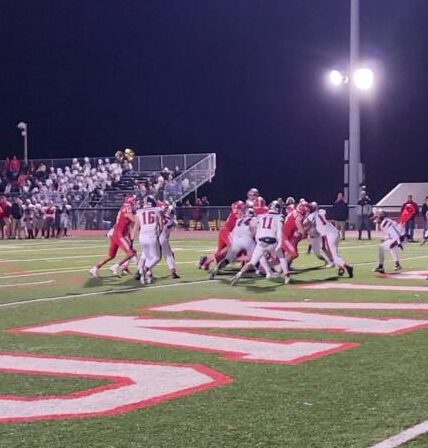 The Trojans managed to gain some ground on their next possession, and looked like they were rolling when Michael Blaine converted a key 4th down.  The Comets defense, led by Magnus Bibla, stiffened and caused another stalled drive for the Trojans.

A great punt return by Schultz was wiped out by an illegal block penalty, and then a lengthy but penalty-laden drive by the Comets eventually closed the half with a short TD run by Robert Knight.  The PAT was blocked, and the halftime score was 18-0.

The second half was all Comets.

North Pocono looked sloppy coming out for the 2nd half when their first drive stalled, and Crestwood made them pay with an extended drive capped with a Schultz 8 yard TD run, his 25th TD of the season.  The score was 26-0, and the Comets were just getting their 2nd half started.  A nice-looking Trojan drive was stopped again by Magnus Bibla, and the Comets regained possession to end the 3rd.

Schultz then broke free for a 42 yard TD run to make it 33-0.  The Trojans got a nice kick return but couldn’t do anything with it, and on the ensuing drive it was the Comets’ Brendan Dennis with a 43 yard run and a 1 yard TD run invoked the mercy rule as the lead was then 41-0. 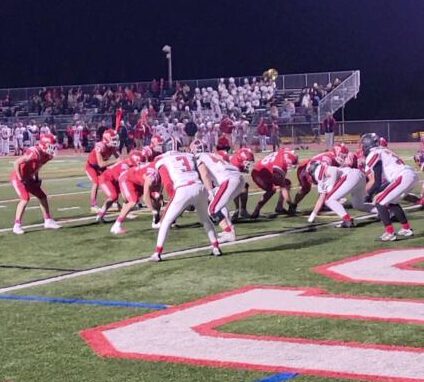 A pick-6 by Matthew Sklarosky added insult to injury and capped the scoring as the Comets went on to win 47-0 and improve to 9-1 as they closed out the regular season as the #1 seed going into the District 2 Class 4A playoffs.  They will face the Nanticoke Trojans at Home next Friday night.  North Pocono fell to 4-6 and will await word of their opponent for the 1st round of the playoffs.