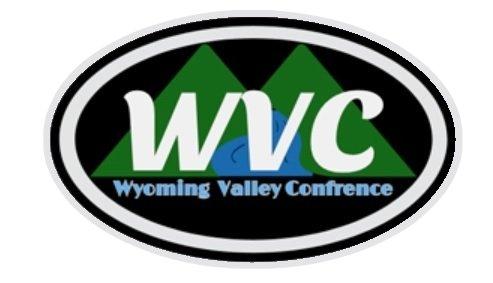 Kotsko’s View of the Wyoming Valley Conference: Where Has The Time Gone? 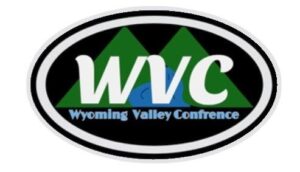 Man, Week 10 already? It feels like yesterday that I was working on the Conference preview and getting myself ready for Week 1. With Week 10 comes the end of the season for some teams and for some, the season will extend into the postseason. It’s one of more interesting times of the season. The realization that some of these teams will be playing their final home game of the season or the seniors will be playing their final game in high school. But enough of all this, here are the games going into Week 10 of the 2022 High School Football season!

Hanover Area is coming off a loss to Lake-Lehman. Nanticoke lost on the road at Shamokin last week. Hawkeyes receiver Luis McCoy had four catches for 127 yards and a touchdown in last week’s game. Trojans RB Zach Fox is rushing for 1,154 yards and 12 touchdowns. Hanover Area is eliminated from playoff contention. Nanticoke currently holds the 8th and final playoff spot in District 2 4A. Unsure about the power rankings but I believe Nanticoke will clinch a playoff spot win or lose.

Berwick is coming off a loss at home to Crestwood. Hazleton Area defeated Williamsport at home in Week 9. Bulldogs QB Matt Lonczynski ran for two touchdowns. Cougars RB Connor Kundrat rushed for 100 yards and a touchdown. He added a touchdown catch. Berwick currently stands in 4th place in the District 2 4A Standings. Hazleton Area are in 6th place in District 2/4/11 6A Subregional Playoffs. With a win, the Bulldogs will most likely clinch the 4th seed in the playoffs. The Cougars are unlikely to get a home game but they can possibly move up to 5th place but it will depends on the result of Parkland/Emmaus.

North Pocono defeated Abington Heights at home. Crestwood is coming off a victory on the road at Berwick. Trojans RB Michael Blaine rushed for 334 yards and four touchdowns in the win. Comets RB Noah Schultz ran for 264 yards and three touchdowns in the victory. North Pocono has the fifth seed in the District 2 4A Playoffs. Crestwood currently has the number 1 seed in 4A. The Trojans can possibly bypass Berwick even if Berwick wins if they pull off the upset in Mountain Top. The Comets come in as the WVC’s hottest team with seven straight wins and can clinch the number 1 seed with a victory.

Wyoming Area is coming off a loss at Southern Columbia. Pittston Area is coming off a victory against Holy Redeemer. Warriors RB Aaron Crossley is rushing for 1,904 yards and 23 touchdowns on the year. Patriots RB Harry Pugliese has 925 rushing yards and 18 touchdowns this season. Whoever wins this game will win WVC Division 2. Both teams come in with 5-0 records in their division. Wyoming Area is currently in 5th place in District 2 4A. Pittston Area is currently in 3rd place in District 2 5A. The Warriors can go up to 5th place if they were to win and North Pocono were to lose. Pittston Area is unlikely to move up or move down if they were to win or lose.

Lake-Lehman is coming off a victory at home against Hanover Area. Dallas is coming off a road loss to Wilkes-Barre Area. The Black Knights’ Gavin Paraschak rushed for 162 yards and three touchdowns in the victory. The Mountaineers’ Dylan Geskey is rushing for 190 yards and five touchdowns. He also has added 26 catches for 388 yards and three touchdowns on the season. Lake-Lehman has clinched a playoff spot and is currently in third place in District 2 3A. Dallas is in 3rd place in District 2 4A. The Black Knights can go only be a three and four seed in the District playoffs. Win or lose, it is looking like they are going to be the three seed in the 4A Playoffs.

Tunkhannock is coming off a shutout loss to Towanda. Williamsport is coming off a loss to Hazleton Area on the road. Tigers QB Ben Chilson threw for 211 yards in the loss last week. Millionaires wideout Yazhir Slaughter caught two touchdowns against Hazleton Area last week. Tunkhannock is currently in 10th place in District 2 4A. Williamsport is currently in 9th place in the 6A Subregional Playoffs. Both teams are more than likely packing it in after this week but both of these teams would like to end the season with a win.

Wilkes-Barre Area is coming off a home victory against Dallas. Valley West is coming off a loss to Scranton Prep. Wolf Pack RB Mekhi Nelson is rushing for 1,467 yards and 18 touchdowns on the year. Spartans QB Lucas Zdancewicz is throwing for 616 yards and two touchdowns on the season. Wilkes-Barre Area holds the 8th and final playoff spot in the 6A Subregional Playoffs. Valley West is looking to avoid an 0-10 season. The Wolf Pack will more than likely get the 8th seed and make the playoffs win or lose.

Montrose defeated Hanover Area in Week 7. Holy Redeemer is coming off a loss to Pittston Area. The Meteors’ Lance Rought returned a fumble 57 yards for a touchdown in the victory at Hanover Area. Royals QB Jacob Hunter is throwing for 1,868 yards and 24 touchdowns on the year. Holy Redeemer is currently in 5th place in District 2 2A. They are currently out of the playoff picture but can a Susquehanna loss to Lackawanna Trail and a Royals victory propel them to the playoffs?