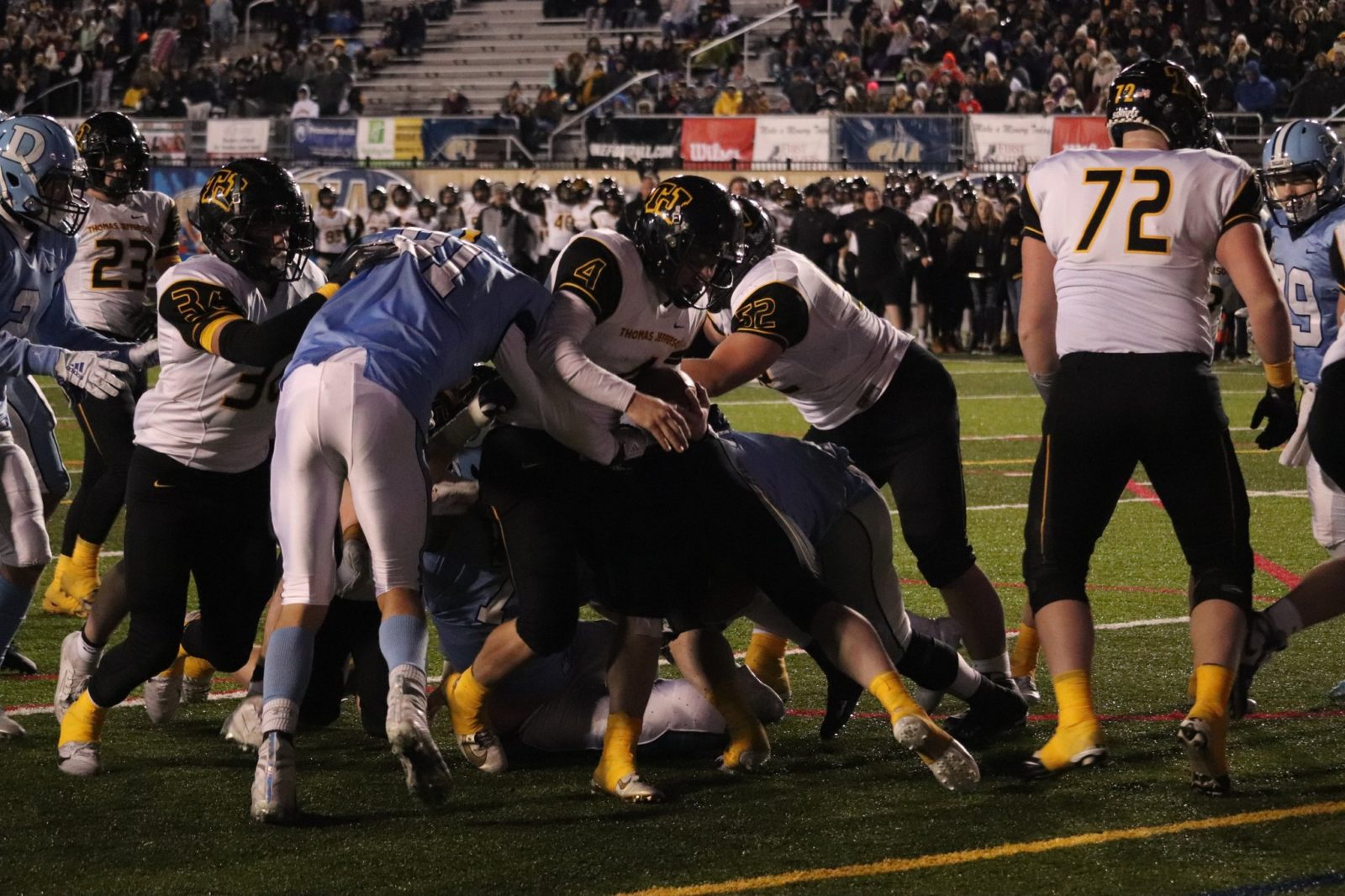 Shane Stump summed up tonight’s 46-7 drubbing of Dallas as something they’ve been working toward since he was a young kid.  “This was a team of coming together in youth football, middle school football and high school football. All the sudden you’re here and you’ve done everything you’ve dreamed of doing.” Stump threw for 104 yards and 1 td and rushed for four more scores to lead the Jaguars to the 2019 PIAA Class 4A title.

“They just knocked us off the ball, on both sides of the line” said Dallas head coach Rich Mannello of the loss. “Hats off to them, they’re just a heck of a football team.”

The ability to control the line gave huge openings for Dylan Mallozzi to tear up the field for 213 yards on 24 carries and 2 tds, he he did it right from the opening drive running for 53 yards on 6 carries, but the senior lost the ball on his last tote at the Dallas 18. Both teams traded possessions without scoring until there was 9:01 left in the second quarter. The TJ defense pinned Dallas deep in their own territory and forced a punt that was returned to the Mountaineer 28. On the next play Stump found Daniel Deabnor for a 28 yard score that opened up the floodgates for TJ.

Shane Stump scored from 14 yards out to put the Jaguars up 13-0, the pat was no good. Millozzi got his first score of the night with 33 seconds left in the first half giving Thomas Jefferson a 20-0 lead heading into the break.

In the second half, Jack Konick, Logan Danielson, Mike Huber, James Martinis and the rest of the TJ defense took control and throttled the potent Dallas offense. Ian Haynes picked off a Mike Starbuck pass and returned it 29 yards to the endzone on Dallas’ opening drive of the third quarter. Again the kick was no good but TJ was on their way to a mercy rule win.

“We just found a couple gaps in their defense, we were able to run the ball up the middle and that opened up the pass” said Deabner. “I can’t even put this into words”.

“This was it. There was so much focus on winning the title” said TJ Head Coach Bill Cherpak. “We are so similar and we know how teams stopped us this year so we concentrated on those things. Our defense was just amazing tonight. We did a couple different things we hadn’t done before and everyone just did their part. 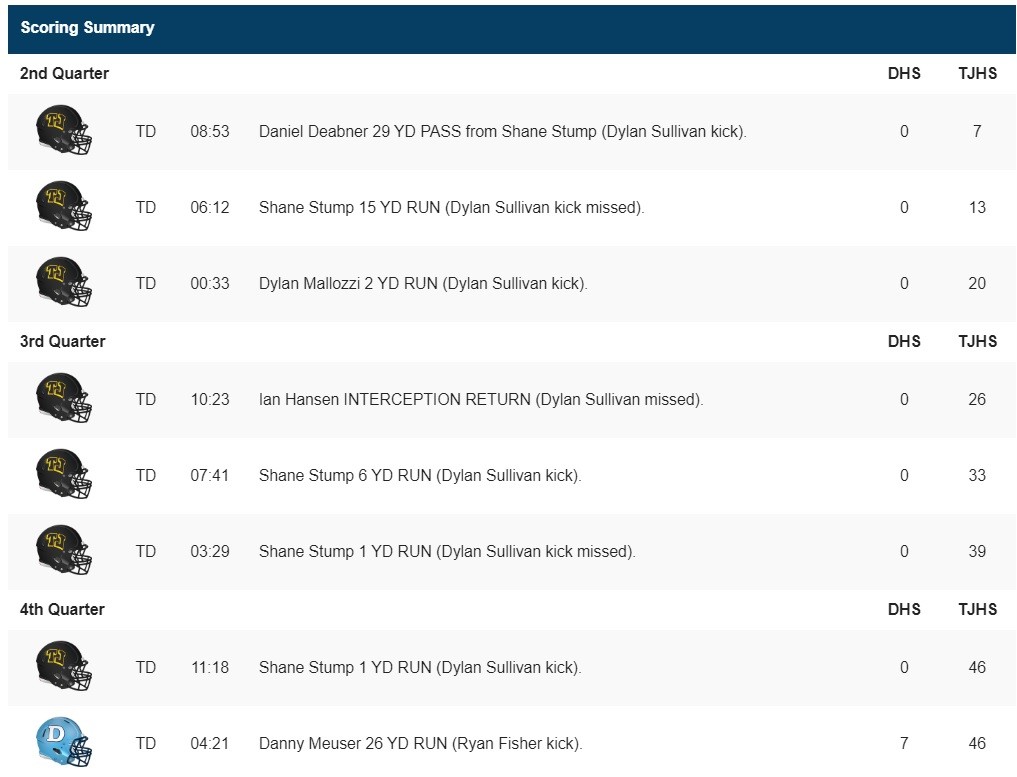 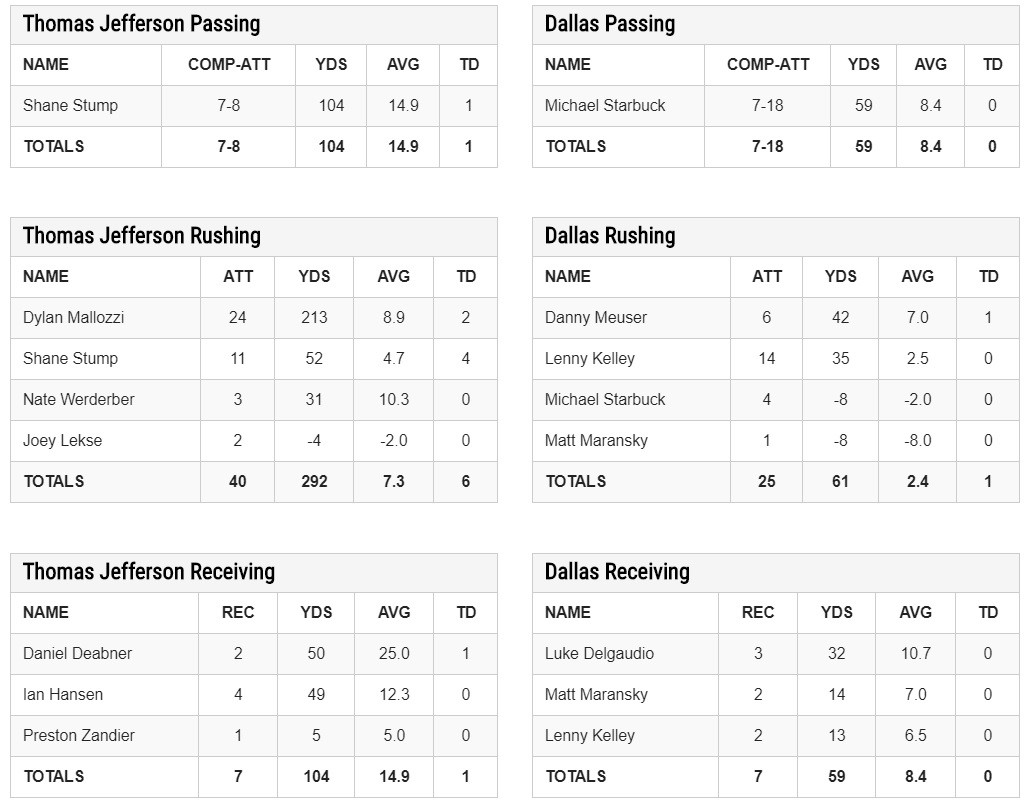 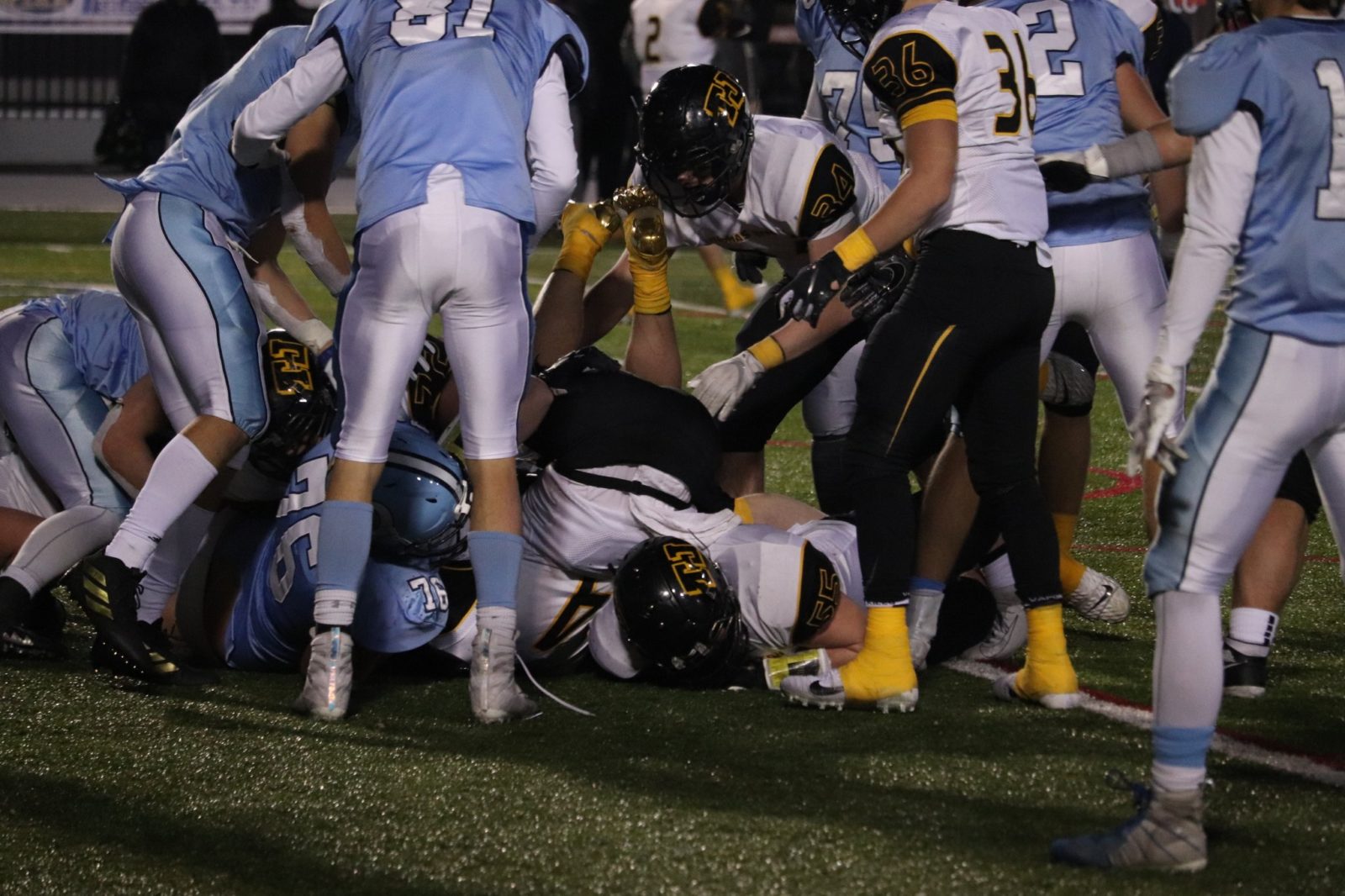 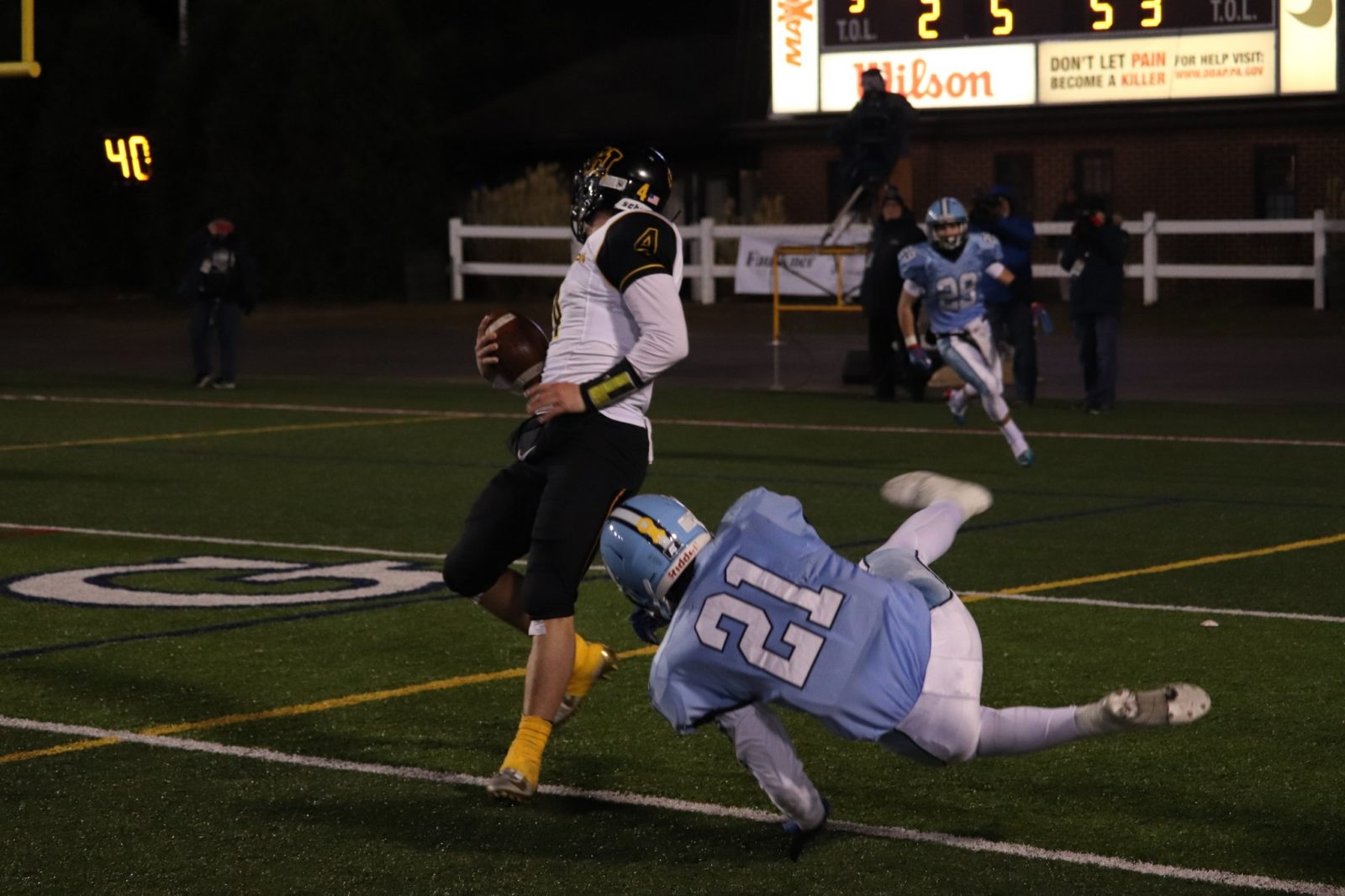 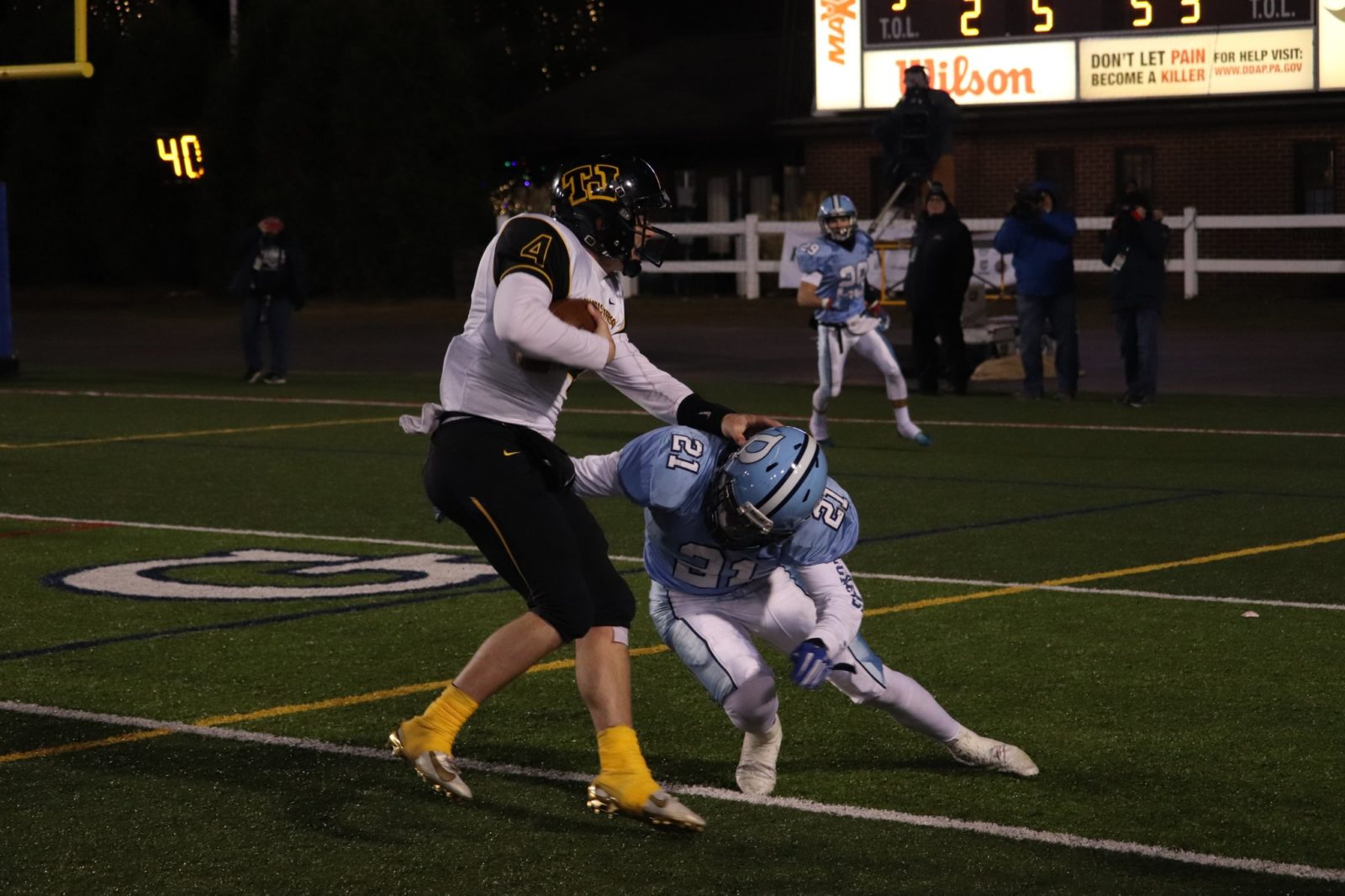 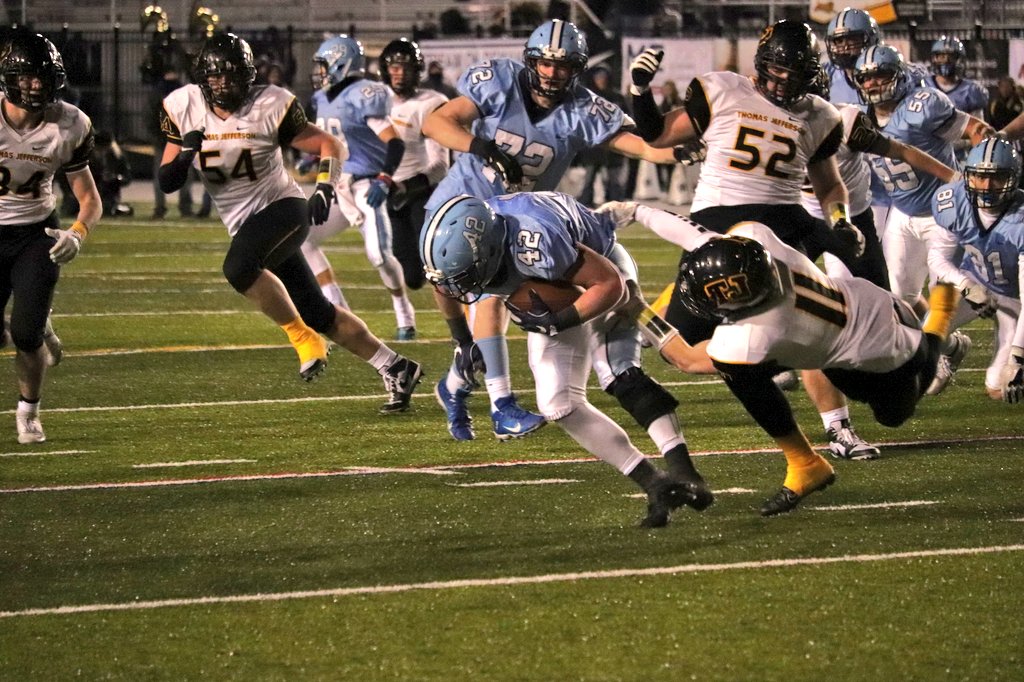 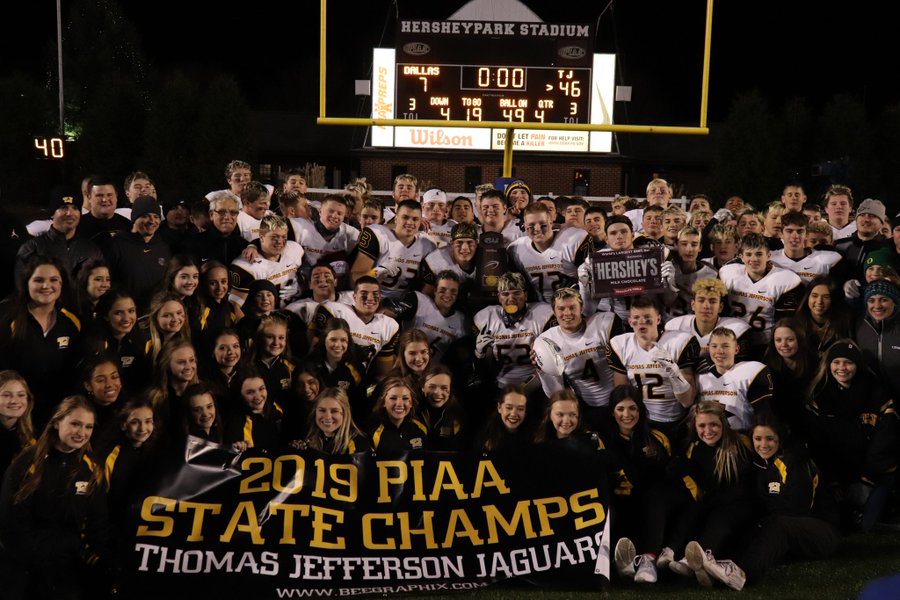 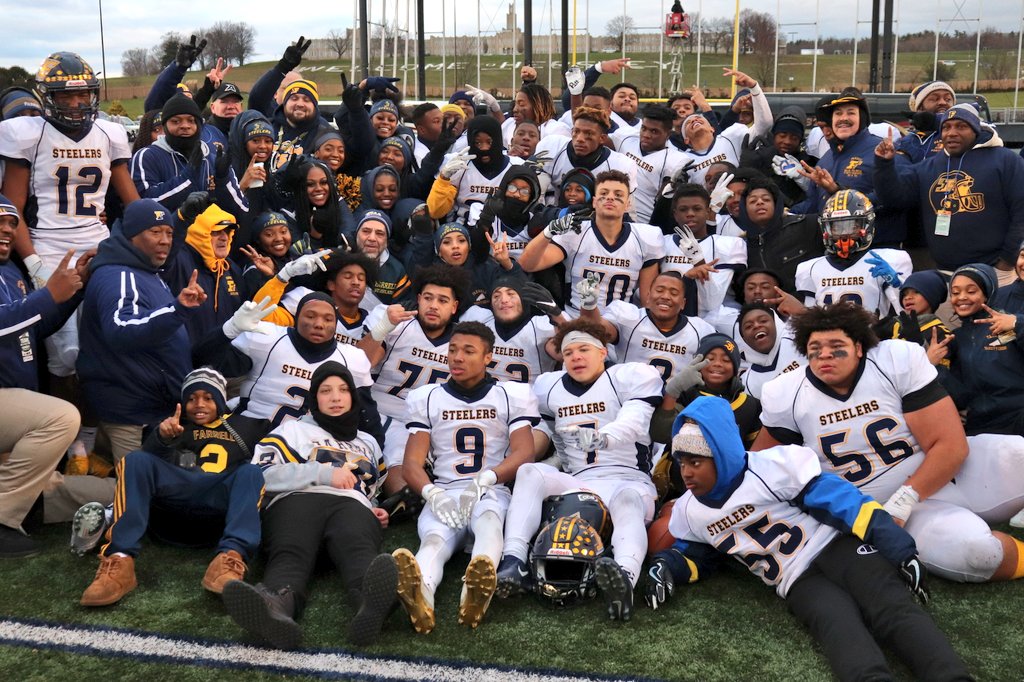 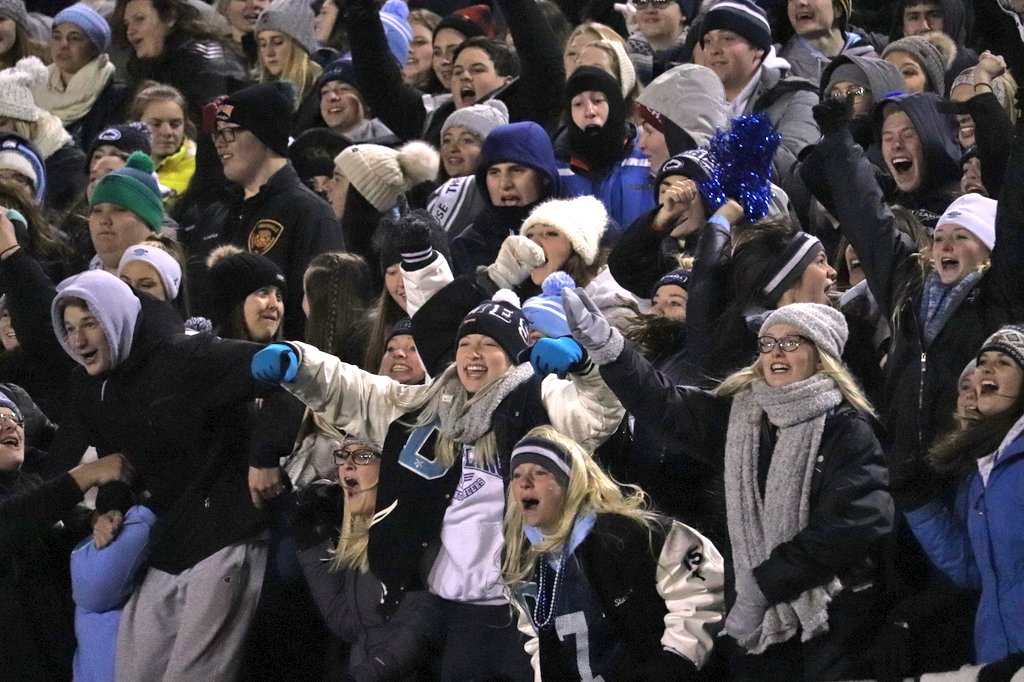 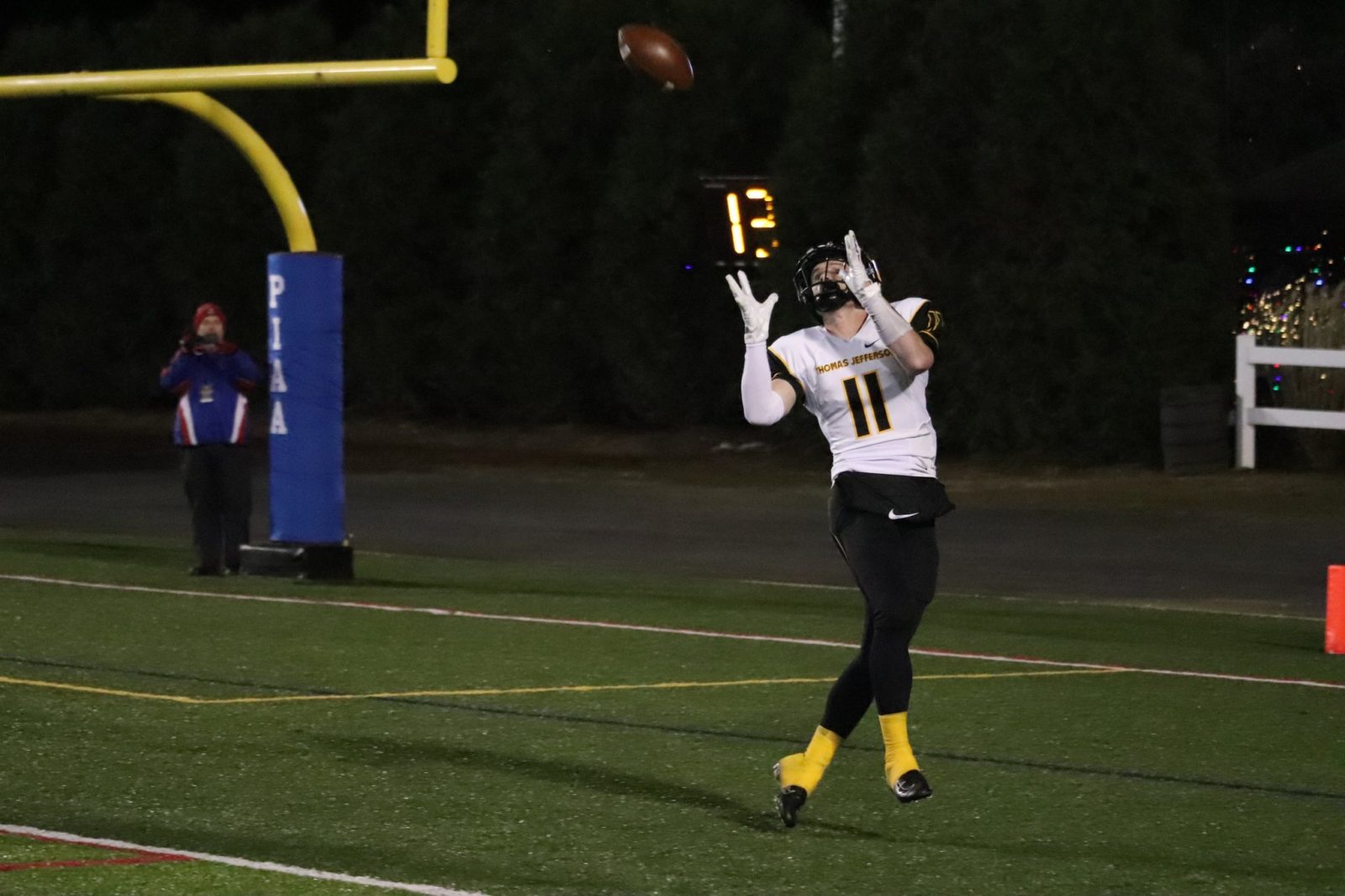