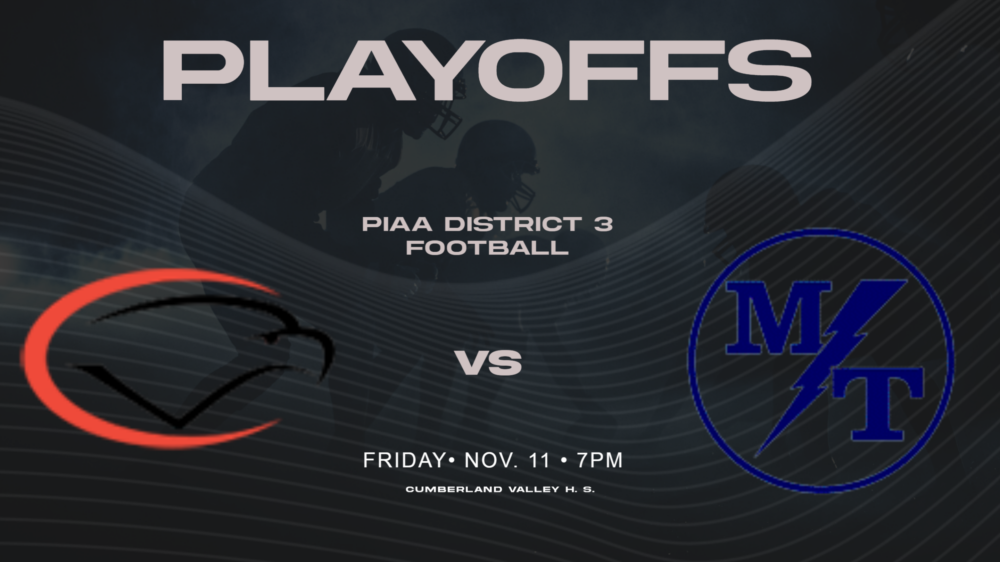 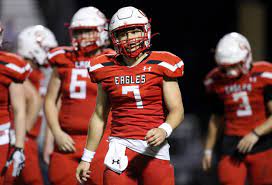 Cumberland Valley makes a return to the playoffs this Friday Nov. 11 at Chapman Field, kickoff begins at 7:00 pm. The Eagles come into the game with a record of 7-3 scoring 314 points while allowing 235. Isaac Sines leads the Eagles with 1,510 total all-purpose yards, throwing for 749 yards while rushing for another 761, their run heavy offense has three more running backs, Wagenheim, and Staretz combing for 888 yards. Cumberland Valley’s spread offense has four sure handed receivers in Pines, Hernjak, Huffman, and Hunter with 665 yards between them. Sines comes into the game completing 43 passes from 78 attempts, a 55% passing percentage with 17.4 yards per pass average. His passing yardage per game comes in at 93.6 yards, while throwing 11 TD’s and only 3 interceptions on the season giving him a 111.6 QB rating. 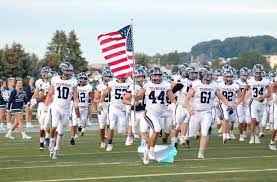 Manheim Twp enters the game also at a 7-3 record scoring 324 points while giving up 156 points.  6’ 180 lb. Junior Hayden Johnson has thrown for an impressive 2,083 yards through the regular season while also rushing for 144 more. His 199 competitions to 272 attempts come in at an amazing 73% completion rate, while averaging 10.5 per pass, his passing yards per game averages 208.3, Hayden has tossed 23 TD’s with 6 interceptions in the regular season giving him a 114.0 QB rating. Sophomore Delcan Clancy carries the RB duties with 622 rushing yards, four others combined for 745 yards on the season. Manheim Twp west coast offense has a 6-man receiving core that has 1,848 yards led by junior Landon Kennel with 585 yards.

This first round playoff game has all the makings for an amazing game but with any playoff game the winner moves on while the season ends for the other.