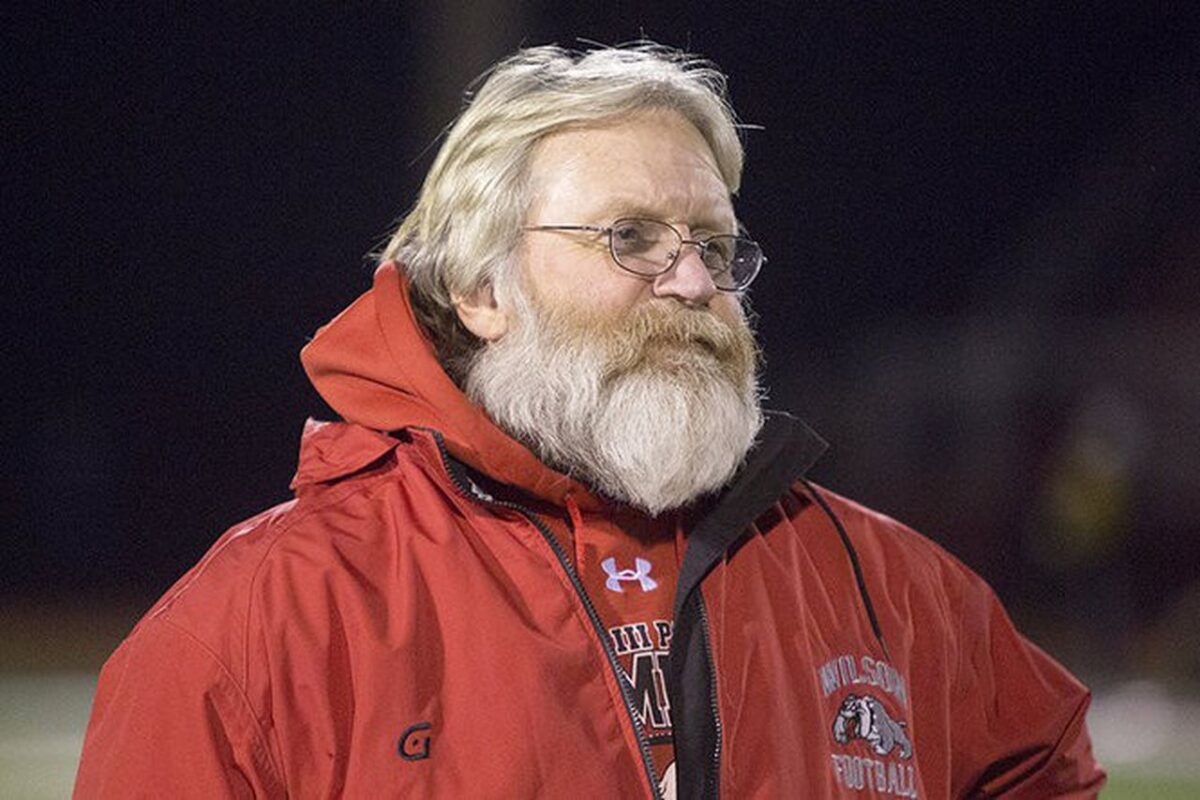 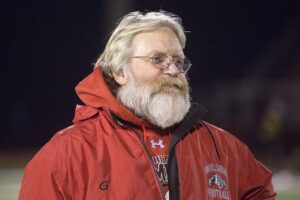 Well, there you go, while it looked like Manheim Township would cruise to another Section 1 title, the Hempfield Black Knights had other plans. Defeating their arch rival for the first time since 2013, the Black Knights know they cannot lose focus as they welcome the red-hot Wilson Bulldogs this Friday.

The Bulldogs have hit their stride since Section 1 play began with an average margin of victory over 35 points. Highly touted Running Back Jadyn Jones has certainly made his presence felt (91 carries, 632 yards 9 touchdowns) while Cameron Jones continues to make his mark whether it be on kick or punt return, he has accounted for 6 touchdowns himself.

Legendary Wilson Head Coach Doug Dahms was able to take a break from his non-stop schedule to sit down for an interview:

Carl Frederick: Your team got off to a bit of a slow start, but has rebounded the last three weeks, what has the team’s mindset been this season?
Coach Doug Dahms: We are striving to stay focused for 48 minutes of a game and for entire practices.  There are so many distractions today that keeping them focused has been difficult.  I think they are slowly learning the consequences of not staying on task.


CF: What do you enjoy more the leaves changing in the fall for Football or the weather warming up towards the end of track season? (Coach Dahms, for those that don’t know, is also Wilson’s Head Track & Field Coach)
Coach Dahms: Definitely the weather warming in the spring.  You don’t mind the cold that much during football (although we’ve had a few bitterly cold games) but cold weather in track means your sprinters aren’t loose, your throwers hands are freezing, and those long Saturday meets are brutal with the cold and the wind.


CF: Tell us what a typical day for Coach Doug Dahms is like?
Coach Dahms: I only sleep about 4 hours a night.  I typically wake up around 3:45-4:00 (no alarm clock), shower, watch the news, take the dogs out for a quick walk and leave for school, usually getting here around 5:30.  Then I prep for lab, prepare for class, correct papers, answer emails, etc. until school starts.  I teach AP Environmental Science and AP Biology all morning into early afternoon, then I prep the last two periods for football, sometimes for practice, or talking to college coaches about recruits.  Football starts at 3:30 and goes till 6:15 then we watch film until about 7:00.  After that, I often have a meeting with youth leagues, or QB club, or Berks Co. Football coaches, or Jamaica prep, and then I go home.  If there’s no meeting, I usually get home around 7:45, if I have a meeting that could be as late as 9:30.  Eat dinner, play with the dogs, watch the news, and go to bed between 12 and 1 and start again the next day.  I have a very understanding wife.


CF: Hempfield is coming into this game coming off a big win over Manheim Township, what stands out most to you about their squad?
Coach Dahms: The QB is a stud and finds the open receivers and runs well.  They have a plethora of small but speedy receivers, and they are big enough up front to cause problems.  Defensively, they fly around, and mix their fronts and blitzes enough to keep you guessing.  Eager and his staff have done a really nice job preparing them.

CF: Do you have a time-frame on when you would step away?
Coach Dahms: I really don’t.  I enjoy teaching and coaching and unless my health or my wife’s health starts giving us problems, I’m good for a few more.  But at my age, health issues can pop up quickly.

Both teams are fighting for a District playoff berth and whoever loses could very well be on the outside looking in. I will be providing updates for this battle. Follow me on Twitter @carljfred.

This one was closer than probably most people expected, as the Comets were able to achieve a last-minute victory and improve to 5-3. With the win, Penn Manor will finish with a non-losing record for the first time since 2014, it is also the first time under Head Coach John Brubaker. The Comets need to regroup and find their identity offensively if they want any shot at a district playoff berth. They finish the season with home games against Cedar Crest (4-3, 1-2) and Hempfield.

McCaskey (2-6, 0-3) is playing hard for Interim Head Coach Ben Thompson and showed they will not quit until the final whistle. To finish off the year they welcome Manheim Township followed by a road trip to Cedar Crest. The Red Tornado really have some nice pieces to build upon for next year with Quarterback Matt Remash and Running Back Shymere Covington set to return.

We could easily give the Player of the Week honors every week to Footman at this point. Once again, he led his Crimson Tide to victory with another all-state like performance. This arguably bested his performance a few weeks back against Lancaster Catholic (apologies to our Editor) as Annville-Cleona had no answer for him. Columbia has a clear stranglehold on Section 4 and will be a tough out come districts. They welcome Elco (3-4, 2-1), this Friday. My partner Patrick Weider will be covering the game. For updates follow him on Twitter @footballcoach79.

– Hats off to Hempfield Quarterback Cam Harbaugh who has quietly had a very good year for the Black Knights. Against Manheim Township he played a turnover/mistake free game (13-23 170 yards, 1 touchdown), while also rushing for 85 yards and 1 score himself. You can see why college coaches are starting to notice his performance.

– Warwick @ Cocalico could decide the Section 2 title, the Warriors who are coming off a covid cancellation must find a way to slow down League Leading Rusher Anthony Bourassa (165 carries, 1395 yards 19 touchdowns) and the potent Eagle running game.

– Really impressed with the way Donegal responded after being roughed up by Lampeter-Strasburg, to come out on top against Ephrata. The Indians held workhorse back Andre Weidman to his season low in both rushing yards (50) and yards per carry (3.3), very impressive. Donegal (5-2, 1-1) welcomes Lebanon (0-8, 0-3) (Note Lebanon forfeited yesterday afternoon) Friday while the Mountaineers (5-3, 2-1) must travel to LS (7-1, 3-0).

– Manheim Central seems to have righted the ship since their upset loss to Warwick two weeks ago. They blanked Conestoga Valley 63-0 and continue to show that they will not go away quietly. Quarterback Judd Novak is having himself a nice season with 19 touchdowns on 5 interceptions, he is also second on the team in rushing (75 carries for 462 yards, 5 touchdowns). The Barons (7-1, 2-1) come back home to face Elizabethtown (3-5, 0-3) who is hurting on a three-game losing streak.

Another fun week of football is upon us, check back in tomorrow for updates!