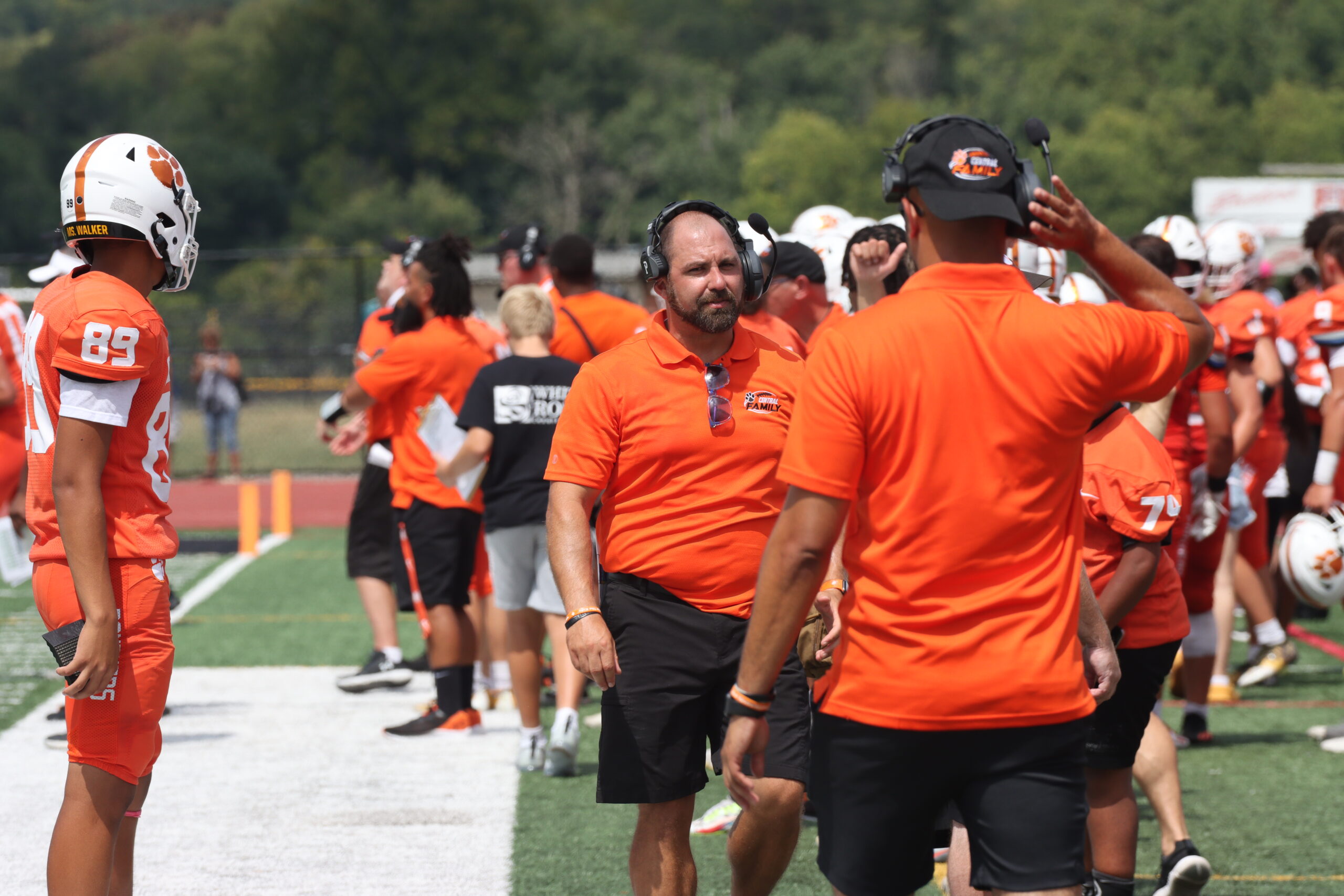 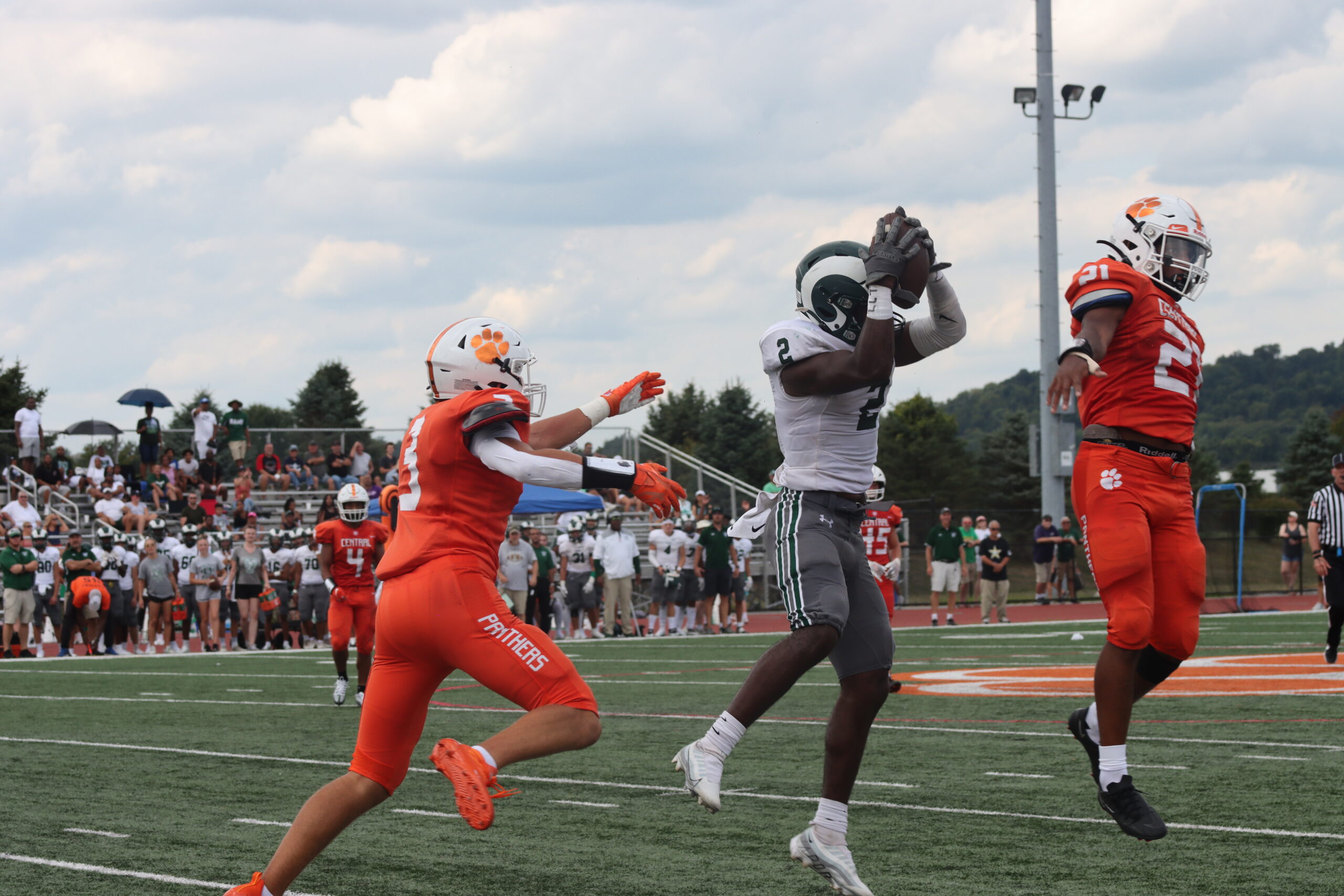 The battle of the Centrals – York and Dauphin was played at the Panther stadium Saturday afternoon. Both teams put on a running game show, grinding in the afternoon sun. While the game started out hot and fast, both teams quickly settled into drives that would push down the field but would fail to make the line of gain. The first quarter ended 0-0.

Third quarter saw more of the ground game by both teams, but Central York pulled ahead scoring two more touchdowns and PATs. The third ended 29-13, Panthers.

The CD Rams scored in the fourth, but it wasn’t enough to overcome the lead of Central York. Final score was 36-19.

Both teams did see several penalties, but Central Dauphin hurt themselves with several 15-yarders.

The score doesn’t reflect the ground game grind suffered by both teams. Central Dauphin had 42 rushing attempts for 217 total yards. CD’s quarterbacks attempted only 11 passes with 7 completions. The Rams QB was sacked one time for a loss.

The game saw at least 9 punts between both teams. Central York ran the ball 32 times for 232 yards. The Panthers had almost no air game only passing the ball 4 times, with 3 completions.