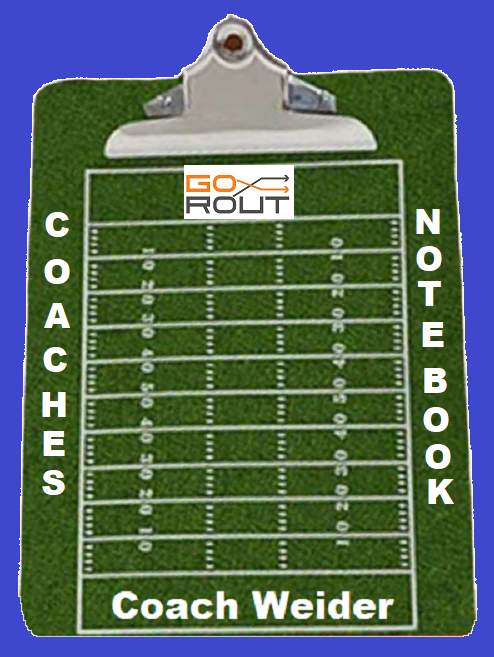 Coache’s notebook is a regular column that discusses High School Football in the State of PA.

As a former Head Football Coach and Assistant Coach for 15 years, the Media Day was always exciting to be a part of because football is almost ready to start. This year is a little different for me because I am covering it as a member of the media. Below are some of the conversations I had with several of the Lancaster-Lebanon Football coaches and players.

Putting Last Year Behind Them

One of the biggest discussions at media day was the difference between this year and last year because of Covid. Head Coach John Brubaker of Penn Manor “So it was a challenge. We had to block out and focus on what we wanted to control on the field”. Penn Manor had the added challenge of their high school being remodeled as well.  Brubaker continues “So we had kids showing up to practice and had nowhere to change and then on top of it dealing with Covid.”

J.P. McCaskey was one of the biggest affected by Covid. Their school board would not let them do anything until July and not pick up a football until August. Head Coach Sam London “It is night and day we put the work in. There is no covid to limit us. We are bigger, faster, and stronger.” Coach London is entering his 3rd year and he feels like this is the year they take a leap as a program.

For George Eager of Hempfield, he dealt with Covid and his 1st year as a Head Coach. Eager said “ I feel even better now compared to even last year in week 8. We are in a way better position to play this year compared to last year.” The depth of the team is better as well with multiple Sophomores in competitions for playing time and possible starting jobs. Eager felt like the depth will help them compete in the always competitive Section One of the Lancaster-Lebanon League.

Another example of Covid having its impact last year was Conestoga Valley. They had a Covid outbreak and lost their first two weeks and their only scrimmage. Head Coach Gerald Novak said, “It was rough from the start, with losing practice times and then having to play a game against Warwick”. The Warwick game was supposed to be played at the end of the year, but because of the re-scheduling of games, it got moved up to week 1.  Conestoga Valley responded though by winning their last 5 games to finish 6-2.

The Lancaster-Lebanon league has two new 1st-year head coaches this year. The first one is Lampeter Strasburg where Victor Ridenour replaced long-time Head Coach John Manion. Ridenour has the task of taking over a program that has won back-to-back District 3 4A Titles. Ridenour on the transition “Smooth as it possibly could be. It has been great. The on the field things never change. Once you cross the line coaching is coaching”. Even though they lost a ton of talent Ridenour feels like they are capable of competing this year. Ridenour said, “We have a very young team and very capable team.”

The other new coach is Jason Rice who is taking over at Northern Lebanon.  Northern Lebanon went winless last year. For Rice, he is taking over a program that has struggled in recent years and he got hired in March so they are trying to play catch up. Rice said “We had to get started in April and then continue to work out in the summer. We have made great strides since we started”. Even though they had gone winless last year his expectations are no different. Rice said “We still have high expectations. We are going out and compete in football games. Get guys bought in and compete every day”.

One of the other common themes for the players and coaches is they are all happy to be playing a 10 game season and to have all the fans back in the stands. Coach Tony Cox of Solanco “ Having the fans back to the crowd and the community there and student section will be a big thing”. Cox reiterated that he and his players missed having the home crowd cheering them on.

Eric Hinkle, Senior at Penn Manor: “Everything is looking like it is back to normal”.

Tony Cruz of Lancaster Catholic: “Last year humbled us and I see a lot of improvements in our workouts”.

Both Penn Manor and Lancaster Catholic feel that the off-season has been way better and they will have a better chance at having proved much-improved seasons.

Finally, last year’s media day was canceled because of Covid, so everyone seemed to really enjoy the experience this year. The coaches, the players, and the media all had smiles on their faces while they got to talk about their favorite sport, High School Football. This day is a reminder that High School Football is right around the corner. To everyone at the LL Media Day, the excitement of Friday nights is almost here.