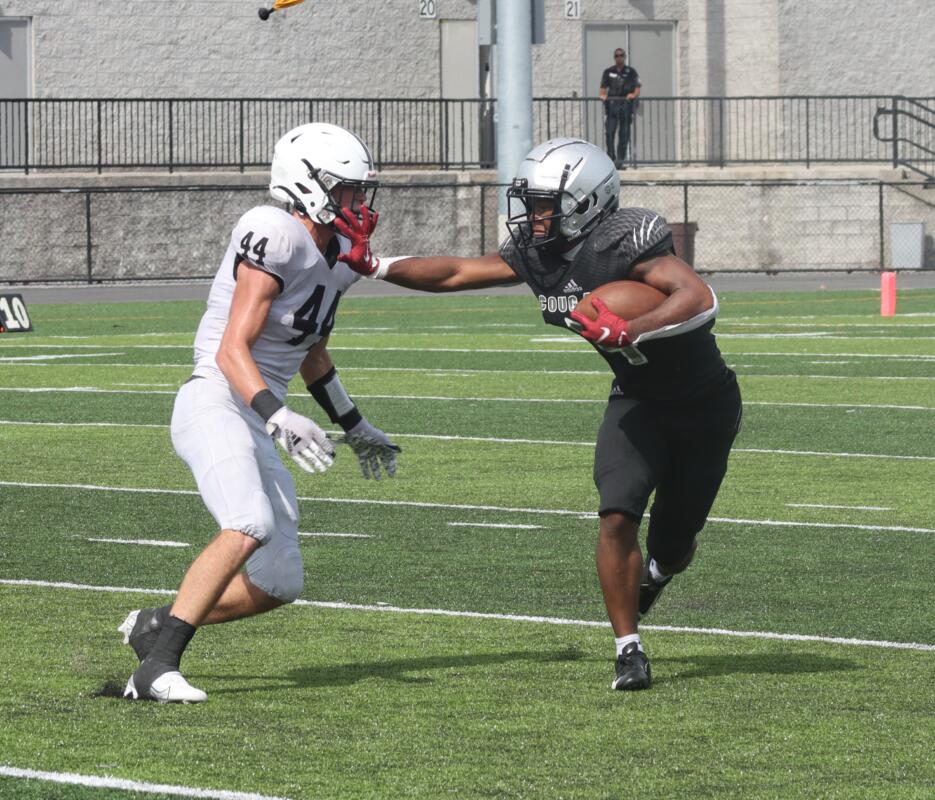 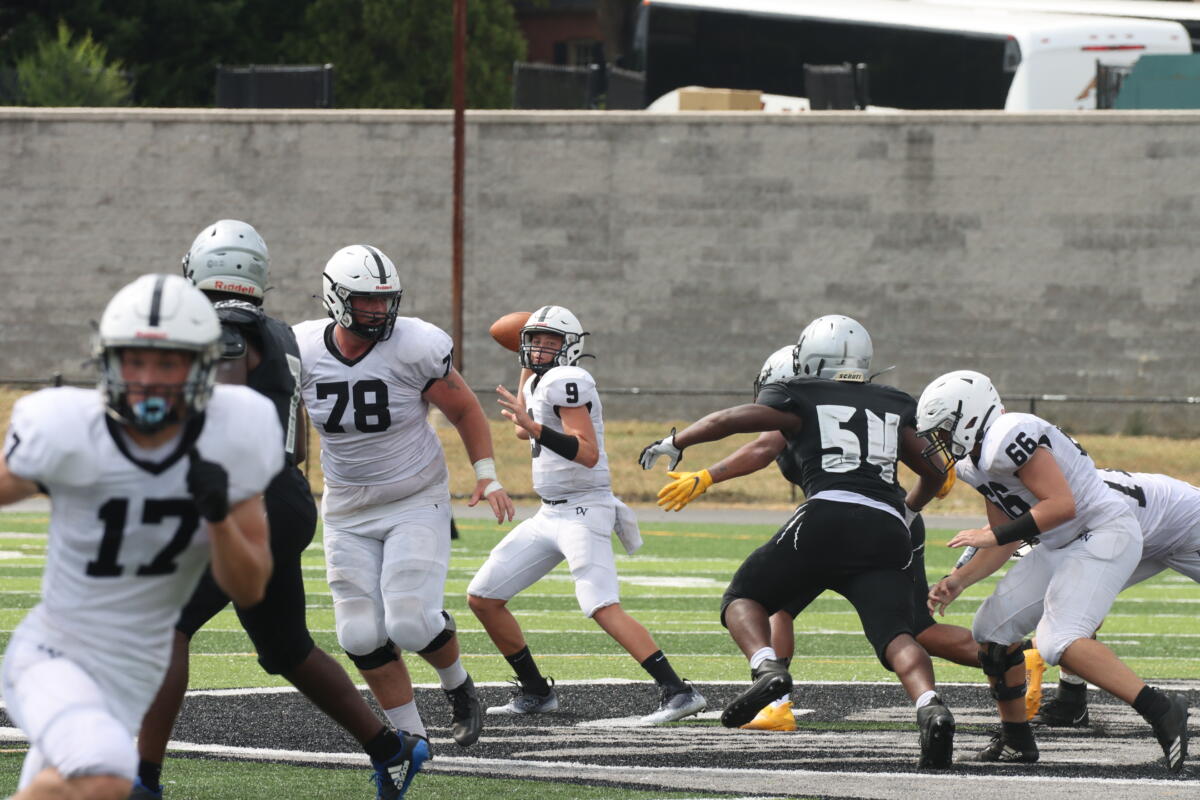 Delaware Valley Warriors met the Harrisburg Cougars on their new field at Severance Stadium. Harrisburg won the toss and deferred to the second half. They started out hot and fast by intercepting Delaware’s second play and returning it 38 yards for a TD at 11:10. Delaware Valley went to work running the ball 7 times for 26 yards and passing 5 times for 42 yards which stalled at the 11, having to settle for a field goal at 0:52. Three plays later the quarter ended, Delaware Valley 3 – Harrisburg 7.

Harrisburg received the second half kickoff, but their first drive wouldn’t go so well. On the 6th play of the drive DV intercepted the ball on a deflection. They then went 7 and out and punted to HGB. HBG went on an 8-play drive but threw an interception. DV got the ball back but stalled and went 3 and out. HBG took advantage of the field possession and with some cutbacks and speed, scored a 27-yard TD run at 11:22, DV 3 HBG 18. DV next possession was the nail in the coffin as HBG intercepted yet another pass. HBG was able to capitalize on it, and ended up scoring on a 25-yard run at 9:45. The PAT was no good, and the score was DV 3 HBG 26. Delaware Valley fumbled on their very next possession and Harrisburg scored on their single play, a 23-yard TD run with 3 minutes left in the game. Final score DV 3 – HBG 32.