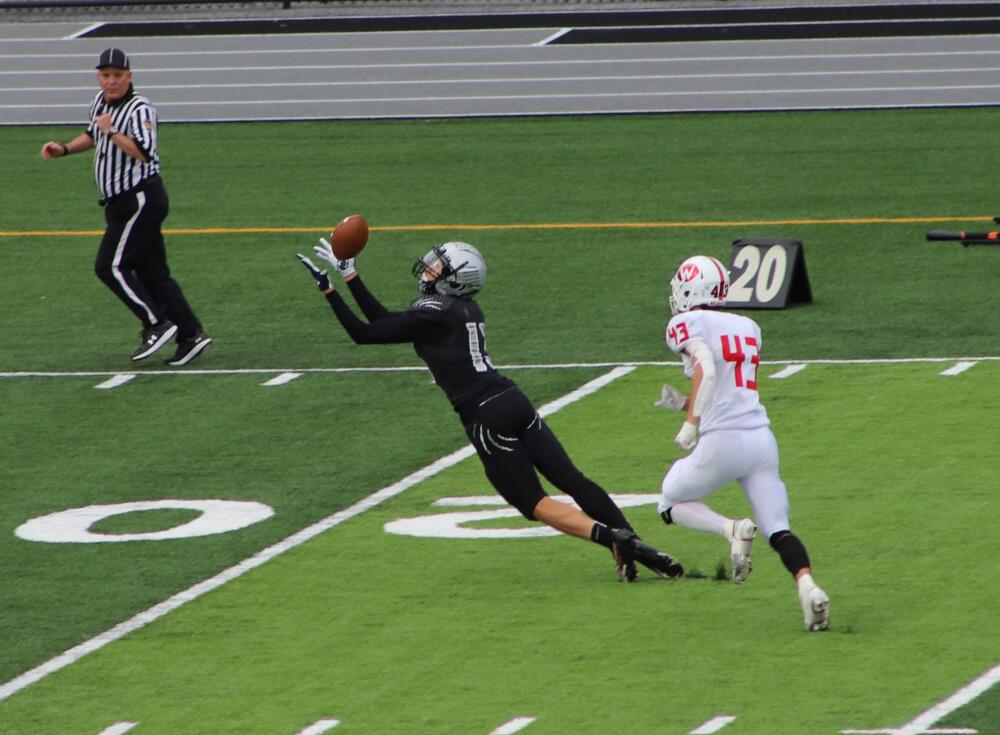 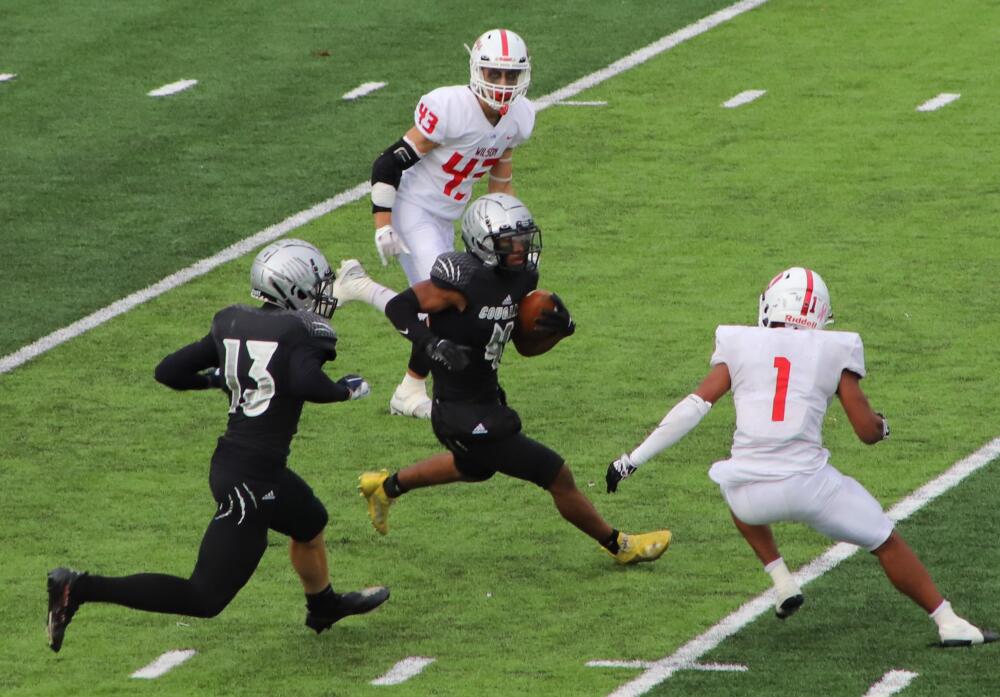 The Harrisburg Cougars will be moving on after winning a tough game against the Wilson Bulldogs. In a game filled with sloppy playing leading to multiple penalties and loss of yards on both sides of the field, and perhaps even some questionable calls, the final score was Harrisburg 32, Wilson 21.

Wilson won the toss and deferred to the second half. Harrisburg’s quarterback Shawn Lee started his team’s march down the field, handing the ball off to targets Mahkai Hopkins and Kyle Williams. With 7:53 left in the 1st quarter, Lee threw a short pass and connected with Williams for the Cougars first touchdown of the game. Harrisburg doesn’t have a kicker, so they went for a 2-point conversion and didn’t make it, but Harrisburg grabbed an early lead with a score of 6-0. Wilson went three and out in their first possession, and Harrisburg capitalized scoring again with just 39 seconds left on the clock. Their 2-point conversion failed, but the 1st quarter ended Harrisburg 12, Wilson 0.

Wilson started the 2nd quarter with the ball, and was able to pull their offense together for a touchdown run by Cameron Jones with 8:37 left in the half. The Bulldog PAT was good, and they found themselves on the board, with a score of Harrisburg 12, Wilson 7. The Cougars weren’t able to make anything from their next possession, and the ball quickly went back to the Wilson. That’s when the turnovers started. The Bulldog quarterback Tommy Hunsicker threw an interception, caught by the Cougars Zakii Lewis. But just a couple of plays later, Harrisburg fumbled the ball with Wilson’s Ahmir Welmaker recovering in mid-field. Wilson took advantage of the turnover, and scored a touchdown from a 38-yard bomb from Hunsicker to Edison Case. The PAT was good, and with 54 seconds left in the half, Wilson took the lead 14-12.

The 3rd quarter was just a grind. Harrisburg was able to recover a fumble late in the quarter, and marched down the field much in thanks to Hopkins. They were 7 yards from the endzone, and Lee was able to keep the ball and run it in. Again going for a 2-point conversion, and again it failing. But with 31 seconds left in the 3rd quarter, Harrisburg regained the lead, 18-14.

Sloppy play and penalties for both teams continued in the 4th quarter. The combination of Hopkins and Lee allowed the Cougars to score with 7:24 left in the game. This time, their 2-point conversion worked, and Harrisburg regained the lead, and never gave it up again. The score was Harrisburg 26, Wilson 14. The Bulldog’s A. Valukevich kept their drive alive, by catching a pass from Hunsicker. With just over 5 minutes left in the game, Wilson’s Edison scored a touchdown from a 30-yard pass. The PAT was good, and the score was Harrisburg 26, Wilson 21. The Bulldogs tried an onside kick, but it failed to go 10 yards, so the Cougars got the ball on Wilson’s 48-yard line. Starting from the great field position, Harrisburg was able to score again using Hopkins. Their 2-point conversion failed, but it didn’t matter. With 3:43 on the clock, the score changed to Harrisburg 32, Wilson 21. Wilson tried to get more points on the board, but Harrisburg’s Lewis caught his second interception of the game, ending Wilson’s hope.