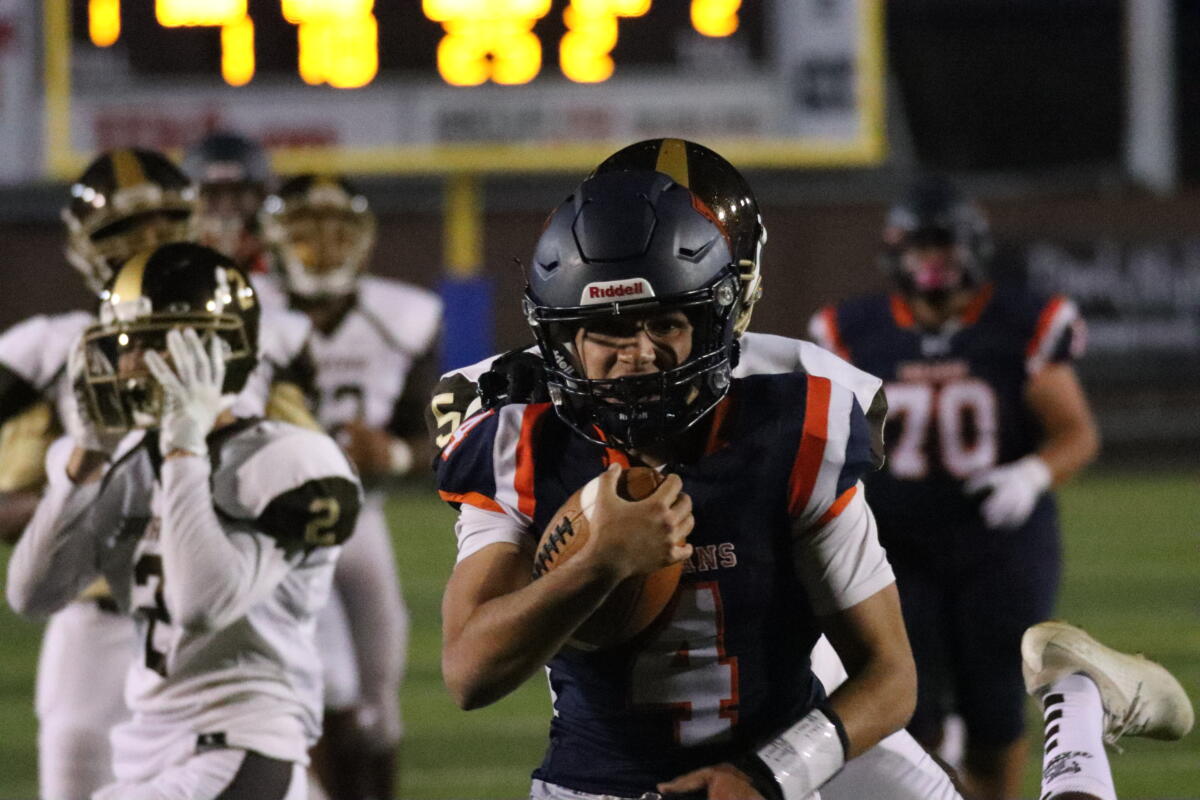 Hershey takes down Milton Hershey in the Battle for the Bean 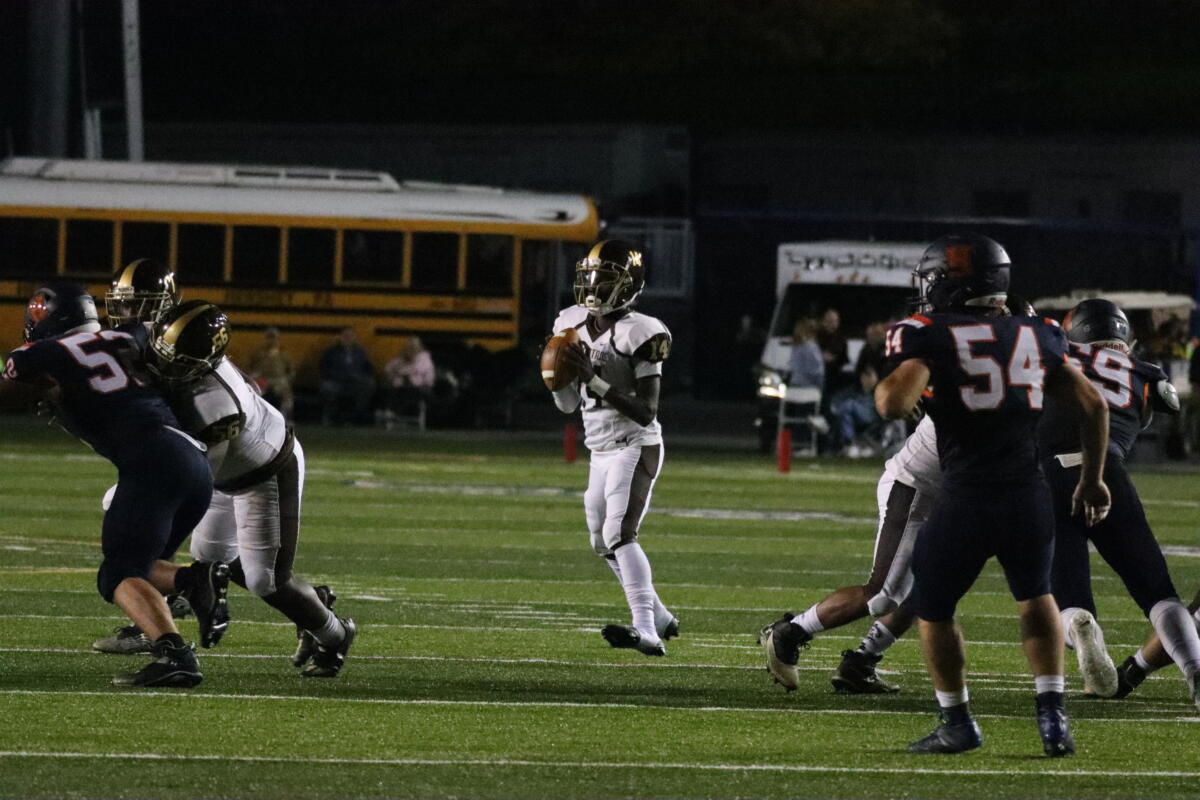 The score and the stats are a stark contrast to the outcome of the game. With nearly two-thirds of the stadium packed and electric atmosphere, fans saw the game end with Hershey’s win over Milton Hershey 28 to 21.

The game really came down to one series with Milton Hershey starting at their own 24-yard line, driving the ball down field with a balanced rushing and throwing series. Milton Hershey got to Hershey’s 4-yard line with first and goal but then was unable to score and turned the ball over on downs. This changed the course of the game by seeming to take all the momentum away from Milton Hershey. 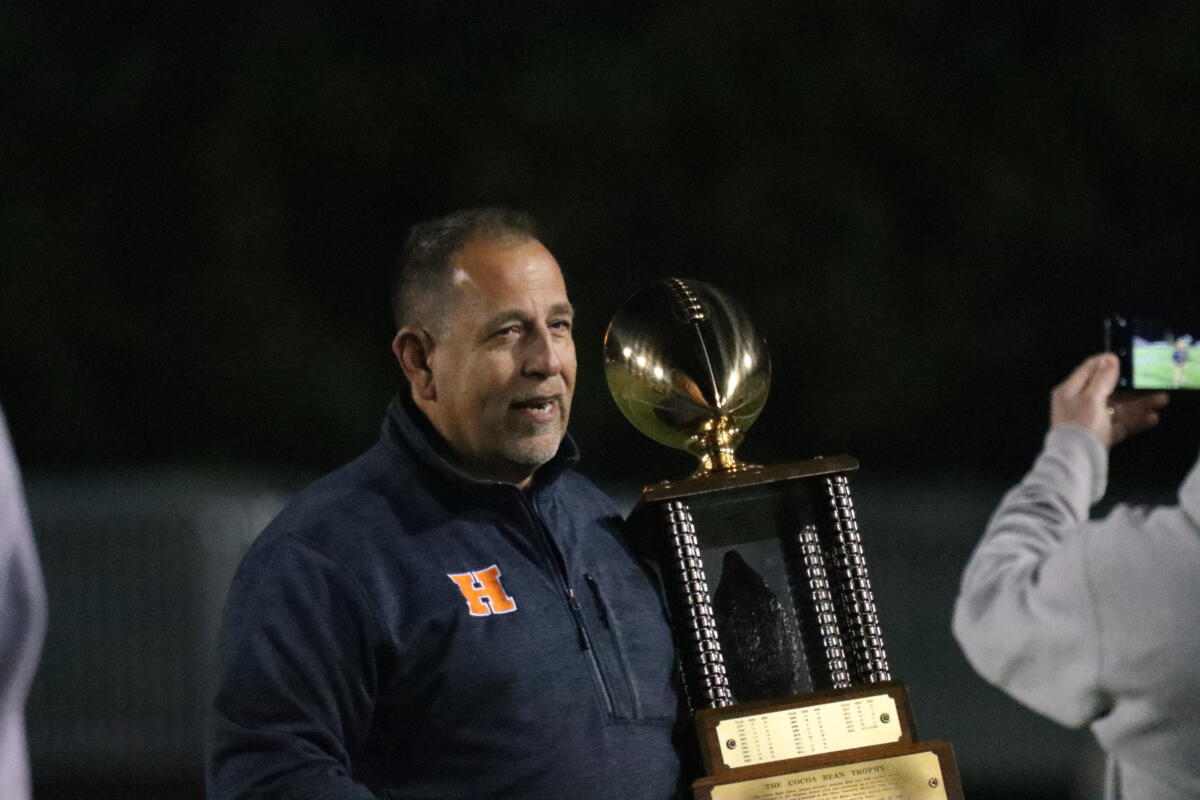 Hershey countered starting at the 4-yard line, moving the ball on 8 rushing attempts and 1 passing attempt before they stalled and were forced to punt. While they didn’t score on this drive, they did eat up a ton of clock.

The first score was a result of a Hershey 14-yerd rushing touchdown by Angel Cabrera at 6:29 in the first. Hershey got their second score following another Angel Cabrera 4-yard rush with only 52 seconds left in the first. First quartered ended 14-0, Hershey.

Milton Hershey marched downfield and scored in the second quarter after a 29-yard dash by Elijah Johnson at 9:32. Hershey responded, starting at their on 19-yard line, and ending with Angel Cabrera scoring his third touchdown of the game following a 29-yard scamper. Milton Hershey scored with less than a minute on the clock, ending the half at Hershey 21, Milton Hershey 14.

The fourth quarter saw no scores, but lots of great play by both teams, but the game ended Hershey 28, Milton Hershey 21.