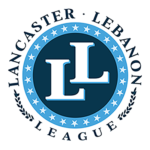 Teams to Beat for the Section title
Wyomissing– Coming off of back-to-back state title game appearances, Wyomissing is the favorite in this section. Wyomissing has not lost a regular season game since 2018. 2018!!. With back-to-back losses in the state championship game, Wyomissing knows what it takes to go to the next level.
10 Ben Zechman QB- “State Championship and bust for our Senior class and It is a brotherhood. The community, the player everyone has your back”.

Coach comments: “On offense we have a really nice offensive line group, 2 experienced halfbacks, and of course a returning starting QB so, we have a nice foundation. On defense we only have 3 returning starters, but those 3 ( Eisenhower, McIntyre, Kramer) will help lead the group. We will have real nice size on the Defensive line, great speed and physicality at the LB position. Secondary should be really strong with 2 returning starters, and a nice group of guys stepping up for the other 2 spots. We return both the punter and kicker, so special teams should be solid.”

Berks Catholic- Wyomissing rival Berks Catholic comes into the new LL league with the intent to compete against their rivals. They were the last team in the regular season to beat Wyomissing, so they will be well motivated to knock them off again when they meet this year.
71 Jacob Collazo- “Berks brawl we are looking forward. Lots of our players are coming together. The Seniors are motivated to do well”.

Lampeter Strasburg– Lampeter kept rolling last year under 1st-year head coach Victor Ridenour. After opening the first week with a loss they ran off 11 straight wins until they ran into Bishop McDevitt in the State Playoffs. A 7-0 setback. Lampeter will have there hands full in this section though.
Coach Victor Ridenour “Section 4 games are gonna be fun. Iron sharpens iron. Have to limit the mistakes as much as possible each week to have a chance to come out with the win”.

Sleeper Teams
Cocalico– Cocalico went 6-5 last year but shared for the section 2 title. Cocalico should fit right in with this league where most teams run the vaunted option attack as they do. Coach Strohl is entering his 3rd year and is keeping the tradition going of a good program at Cocalico.
Coach Bryan Strohl-”8 of 10 opponents were in the playoffs. It is gonna be a grind from the start. The competition, it makes you better each week”.