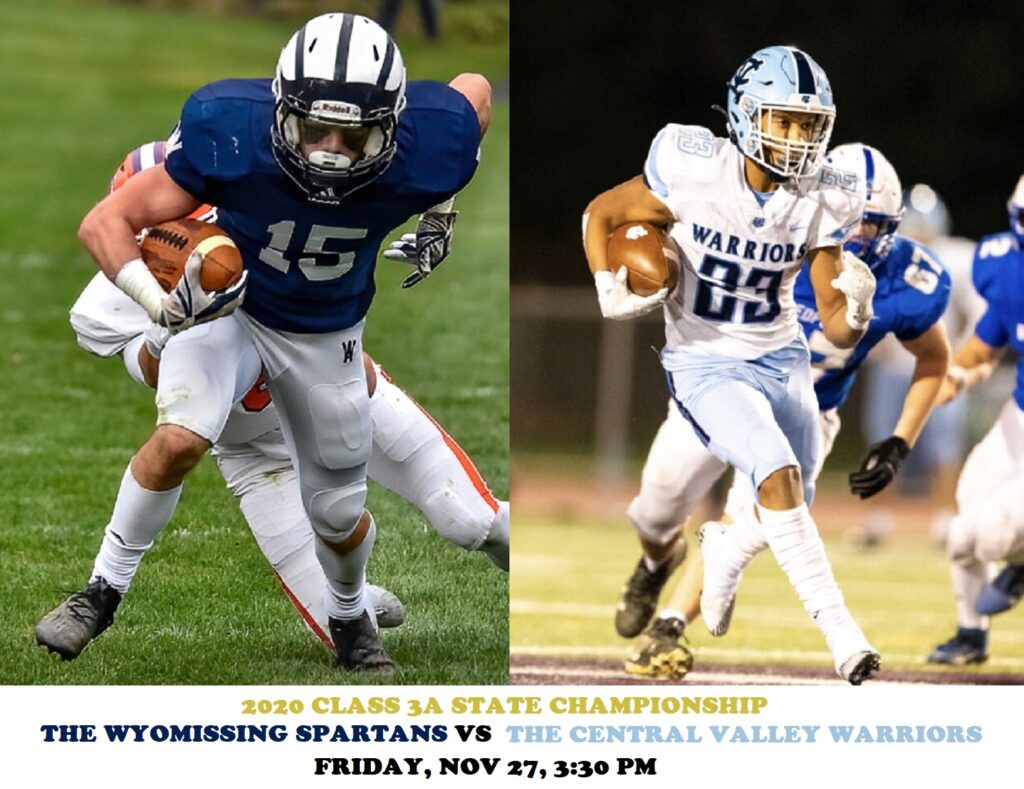 The Warriors are back in Hershey for the second year in a row and are looking to come out as champions after a heartbreaking 21-14 loss last year to Wyoming Area. The Warriors are walking into Hershey Friday led by Senior, Harvard commit Ameer Dudley. Dudley comes into Friday’s game with 1,209 yards and 15 touchdowns through 11 games. His top target is athlete Myles Walker who comes in with 359 yards receiving with 4 touchdowns and adding 262 yards on the ground with 5 scores. The third part of the Warrior’s offense is Junior running back Landon Alexander. Alexander has 1,323 rushing yards on the year with 18 total touchdowns.

Defensively the Warriors are led by Junior defensive lineman Sean FitzSimmons’. FitzSimmons has 101 total tackles on the year and has 17 sacks with 1 caused fumble. Myles Walker leads the defense with 4 interceptions.

There’s really no secret here at all. They’re going to line up in that wing-t offense and play smash mouth football.  It’s what they do best. Evan Niedrowski, Amory Thompson, Jordan Auman and company have moved the rock to the tune of 2,775 yards on the ground. But don’t fall asleep on the pass.  Zach Zechman will hurt you if you do. His main targets are TE Aiden Mack and WR Darren Brunner. He’s completed a healthy 70% of his 72 passes this year. The Spartans have outscored their opponents 425-46 this year.

Defensively this is a solid group that has only given up and average of 142 yards per game. Nose Guard Steven Olexy is a run plug in the middle. The Spartans play a 3-4 defense to start but will bring a linebacker up occasionally.  Niedrowski is dangerous from his MLB slot. Brunner, Jack Feightner, Neidrowski and Grabowski might be one of the better linebacker groups I’ve (Billy) seen all year.

For Friday’s game, the Warriors look upon a three-headed attack from quarterback Ameer Dudley, athlete Myles Walker, and running back Landon Alexander. The Warriors are looking to make big plays to score early and often.

For the Warriors to come out with a win they need to continue getting to the quarterback and stopping the run game behind the line. Through 11 games the Warriors have racked up 56 total sacks with 285 hurries. To add to the sacks the defense has totaled 143 tackles for a loss and 10 total interceptions.

Pound, pound and pound.  To have a chance against this quick strike offense the Spartans need to control the clock and keep the ball out of the hands of Dudley and Walker. If they get into a shootout against that speed, it will be a long day.  And if the Spartans do pass, Zechman will have to be accurate. This is a very opportunistic Central Valley defense. One other important note: They’ll absolutely need to know where Sean Fitzsimmons is at all times.

This is a two-fold situation. Contain a speedy offense and play stellar on special teams.  The Spartans are going to have to smack the Warriors in the mouth early. Make them think about the next contact.  Keeping things in front of the defensive backs is important here too. Don’t let that speed get ya. Same goes for special teams play. Whether punting or kicking, CV has the athletes to return the ball to the house.