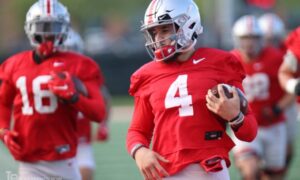 COLUMBUS — The development of Julian Fleming was always going to take some time at Ohio State.

The challenges of his freshman season in the midst of a pandemic with the nagging shoulder injury he brought with him from high school didn’t do the former five-star wide receiver any favors. But speed bumps were expected when Fleming signed, and so far none of them have really done much to change the way the Buckeyes look at his potential.

In fact, the way Fleming handled everything that was thrown at him over the last year might have only raised the expectations inside the Woody Hayes Athletic Center. And it’s certainly got the Buckeyes eagerly awaiting a glimpse at what a full-strength version of Fleming could give them down the road.

“He’s been going through some things since high school medically that he needed to get cleared up, and he got it cleared up,” Ohio State wide receivers coach Brian Hartline said. “But it was pretty intensive. The kid is one of the toughest kids I’ve ever been around to operate at the level he’s operated at with a linebacker-strap on his shoulder to help protect that thing. Then to execute at such a high level, I think he’s a special individual. 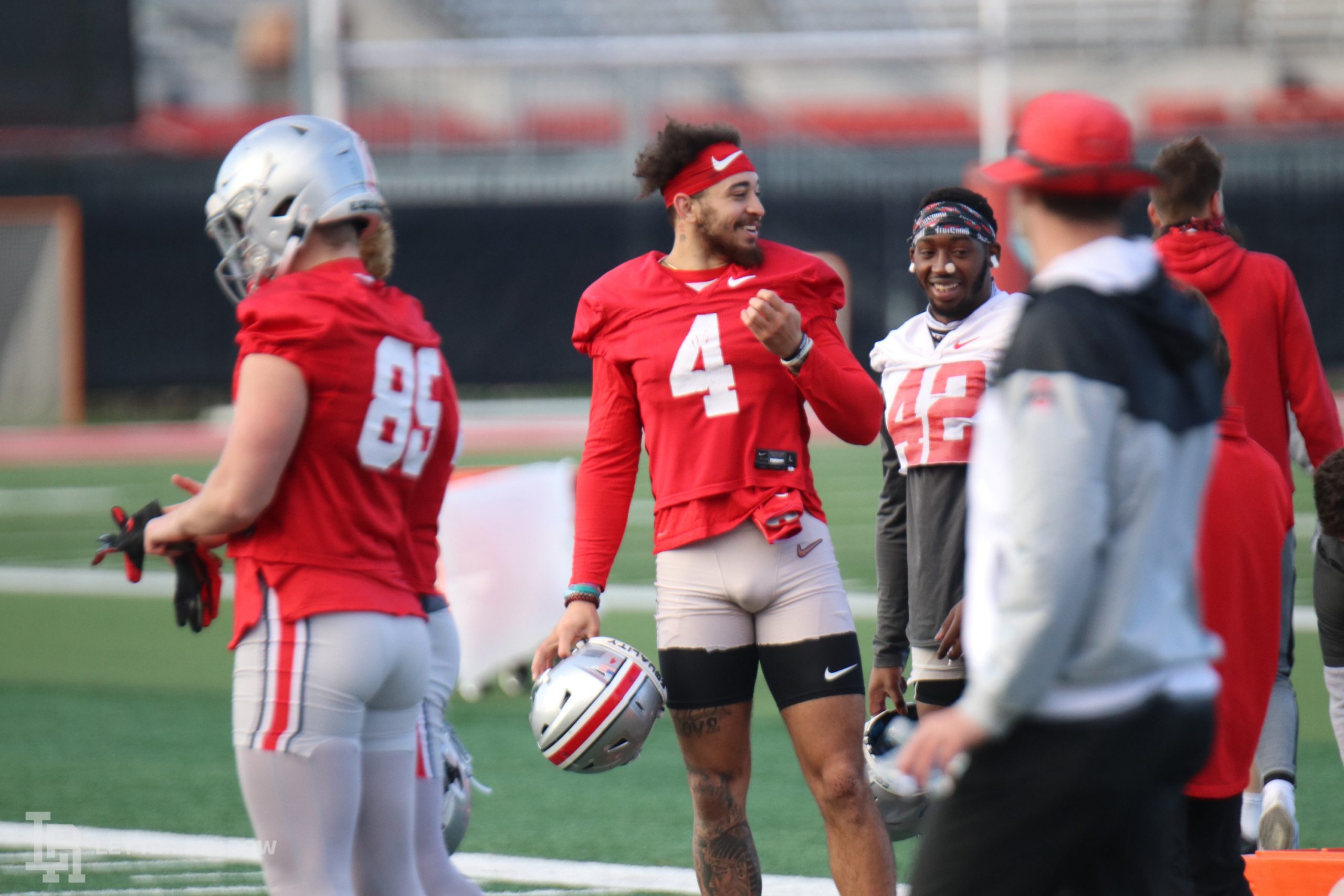 “His size and speed combination are like I’ve probably never seen in college football. The development he’s had from last camp, if you will — whatever you want to call that — through the season to develop but also learn football and grow was really awesome. … I’m so excited for Julian. I think he’s a rock star as an individual, and I look forward to getting him back on a full-time regiment.”

The Buckeyes haven’t been able to give Fleming that this spring, though it has tried to squeeze in non-contact reps whenever possible to try to make up for what he missed a year ago.

There’s no way to truly replace the practices, workouts and game snaps that Fleming was expecting as an early enrollee after his high-profile recruitment as the nation’s top wideout. The same is true for the rest of the roster, of course, but Fleming in particular was coming from a run-first offense and was aware there was going to be a ton to learn to become a complete receiver at Ohio State.

His four-catch performance in a pressure-packed situation in the Big Ten championship was a clear sign that progress was being made even with limited practice time. And it’s a reminder that his raw athleticism can allow him to be a potential game-changer even while still learning on the fly.

“Oh, I just feel like Julian is a really great ball player,” veteran receiver Jameson Williams said. “He gets it done — and most people might not know, but he’s really fast. Really fast. So when I see Julian, he’s fast. And that speed is a good thing to have as receiver, obviously.

“Overall, I would say Julian is a ball player. He makes plays.”

Julian Fleming made a handful of them a year ago while playing at well less than full strength. And Ohio State was certainly more concerned about getting his shoulder issue addressed now so that he’s ready to go in time for summer workouts and training camp in August, even if it meant again missing a few drills in spring practice.

Patience has been part of the plan since Day One for Ohio State. There have clearly been a few curveballs along the way that weren’t expected, but those shouldn’t be viewed as setbacks for either the Buckeyes or Fleming.

Eventually the Buckeyes are going to get a 100-percent version of Julian Fleming.

And it’s still a safe bet he will be worth the wait. 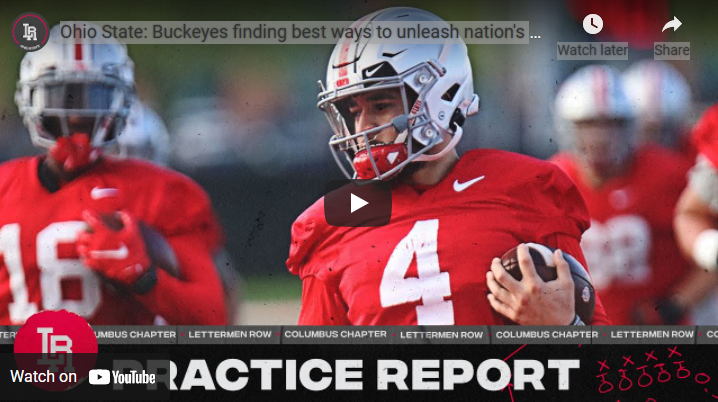