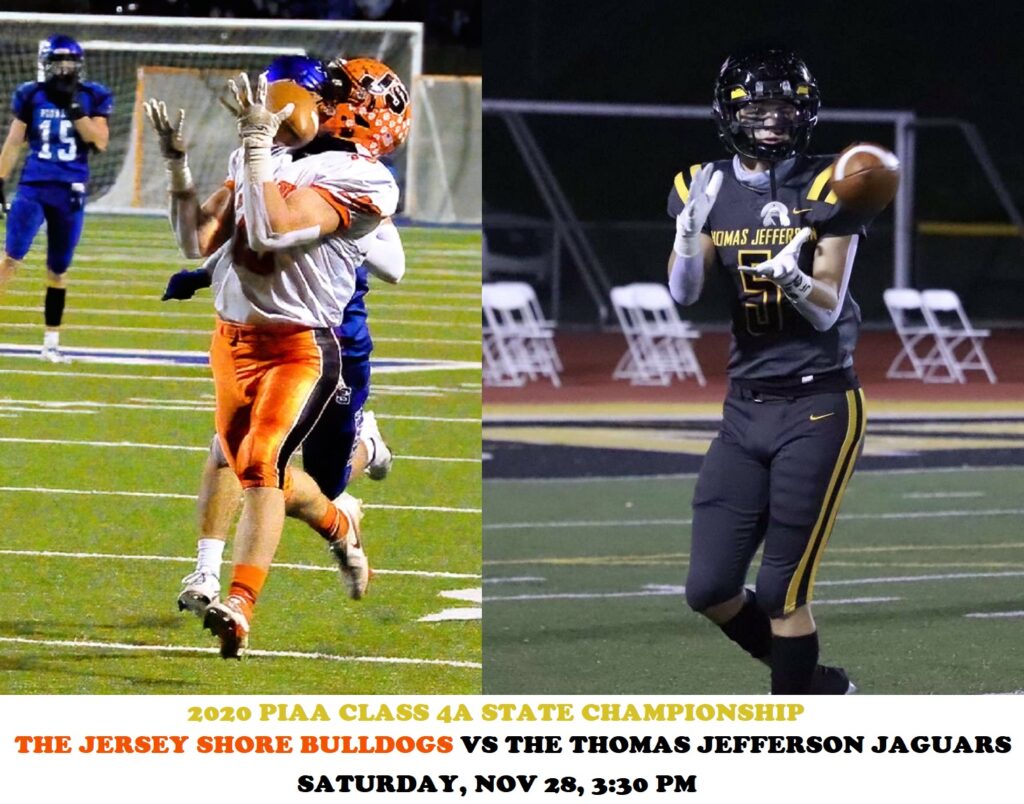 The Jaguars come into the game with a balanced attack on offense they average 189 yards rushing and 181 yards passing per game. Senior Quarterback Jake Pugh has thrown for 1,706 yards and 24 tds, averaging 17 yards per throw. The rushing attack is led by Conner Murga who has ran for 700 yards this season averaging 8.2 yards per carry and has scored 14 times. Also look out for DeRon VanBibber who has ran for 617 yards this season and has 3 scores.

The Bulldogs come into this game with a fairly balanced attack averaging 177 yards rushing and 159 through the air. Senior quarterback Branden Wheary has thrown for 1,843 yards and 23 tds, averaging 14 yards a throw. Cam Allison is the go to guy to carry the ball on a steady basis. His 1,54 yards and 9 scores have been key for the Bulldogs. Look for Owen Anderson and Brody Jordan to also carry the rock. They’ve combined for 16 scores, 8 each.

Through the air, it’s Cayden Hess and Anderson that have been the main targets, collecting 96 passes and 1,500 of Wheary’s throwing yards and 18 tds. Dungan Dungan is also a player to watch here as is Kooper Peacock who has been missing with an injury but returned last week.

Defensively, the Packers, Hayden and Gabe are a force at their linebacker slots. The defensive line for Jersey Shore is outweighed by quite a bit but they’re fast and can cause disruptions when needed.  Dungan plays a lot bigger than his frame from the LB spot and had a key pick 6 against Lampeter-Strasburg last week. Overall the Bulldogs defenders have combined for a total of 33 sacks. Hess is a dangerous DB with 6 interceptions this year.

For the Jaguars to win they have to do what they’ve done for the majority of the season keeping it balanced and get their run game going and rely on their big playmakers. In addition to that they have to avoid turning the ball over which they have struggled with occasionally this season.

This defense can’t underestimate the Bulldogs offense. Taking them lightly would be a mistake.  This is a quick strike offense they’re facing so keeping everything in front of them is key.  They will definitely benefit if their line gets in and annoys Wheary early and throws off his timing. They’ll need to contain the edges and keep everything in the middle.

The Bulldogs have to do what they do best, keep it balanced.  Their short throws to the outside are a key component to keeping the defense honest but open up the long ball and run game. Ideally they’ll control the clock and keep the ball away from the high powered TJ offense.

Assignment ball will be key as TJ has playmakers all over the field. Containing the big play is key here. They can’t let RB Connor Murga get in open space, he’s run for 12 tds in just 8 games. The backfield will have their hands full with Preston Zandier running routes. Ian Hansen is another dangerous weapon they’ll have to keep in front of them.