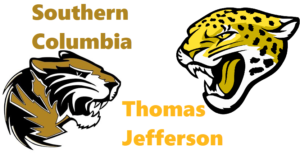 If one is really honest about it, these two schools are probably at the top of the list as far as other teams in Pennsylvania wanting to emulate their programs.  But are there any similarities between a small 2A school in the east set in the countryside and a 4A school in the west set in the suburbs of Pittsburgh?  Believe it or not, there are many.  Some are obvious, some not so obvious.

Both nicknames/mascots are from the big cat family.  In reality both the tiger and jaguar are carnivores, descending from the Viverraines, a large family of cat-like carnivorous mammals that lived in warm climates.  Related to football terms they feast on their opposition week in and week out during the season.  Looking at records from 2012 to the present, Thomas Jefferson is 99-10 and Southern Columbia is an astounding 120-4.  That is definitely feasting on the opposition.

Both the jaguar and the tiger are very adept especially in their ‘home’ surroundings.  A jungle can be very intimidating, especially to those who are not familiar.  Southern hasn’t lost a home game in over five years and only one since 2010.  TJ has done better than that, they have won 87 of their last 88 home games.  Obviously, visitors are leery of heading into the jungles of Catawissa or Jefferson Hills.

The tiger is the biggest of all the ‘big cats’ and the Southern Columbia Tigers have more PA state titles than anyone (10) proving they are the king of the jungle, they are the ‘big cat’.  In size the jaguar is #3 of the ‘big cats’, but pound for pound the bite of the jaguar is the most powerful of all big cats with the capability of biting down with 2,000 pounds of force.  As TJ’s foes have found out over the years the Jaguars are a force to be reckoned with on the field.  Their power and prowess are well known in District 7.  They’ve won 4 state championships themselves and pretty much are an annual fixture in the WPIAL finals for their classification. 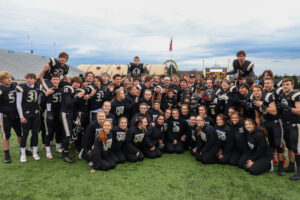 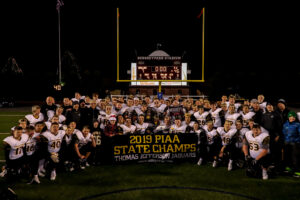 Let’s take a look at a few common facts that eerily link these two programs with more commonality.  Both teams’ colors are black and gold.  Thomas Jefferson plays at Jaguar Stadium and Southern Columbia at Tiger Stadium.  Isn’t it curious that both home fields have the team’s nickname?   Both teams, when spelled out completely with nicknames, have 22 letters.  (Southern Columbia Tigers and Thomas Jefferson Jaguars.)

Both teams have great bands that fans, coaches, and even the players talk about.  They both have unbelievable fan and community support.  Southern usually always has one of the largest contingents of fans at the state title game in Hershey.  They even had over 500 people show up in South Carolina last year when they played the defending S.C. champ, Hammond, in the opening game of the season.  TJ packs their stadium on home game Friday nights and has a deep community support that is not lost on their players or coaches at all.  Both head coaches are now athletic directors at their respective school.

Speaking of head coaches, Southern Columbia and Thomas Jefferson probably have two of the finest coaches in, not only Pennsylvania, but the country.  Yes, this is probably subjective, but look at the facts and then decide.  Both coaches have instilled a winning tradition in their school’s football program that was not really there before.  The Tigers and the Jaguars just reload every single year which is unheard of, especially in public high schools.  That’s another commonality, they are both public schools.  Jim Roth has been at Southern since 1984 and has never had a losing record.  In fact, only 3 times in 36 years have his teams failed to win at least 10 games.  Bill Cherpak has been at TJ since 1995 and likewise, has never had a losing campaign.  Coach Roth is atop of the hill among active coaches in PA as far as winning percentages go (450-63-2 or .878).  Coach Cherpak is second among active PA coaches’ winning percentages (279-46-0 or .858). 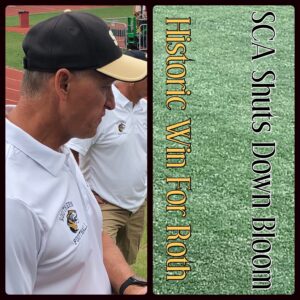 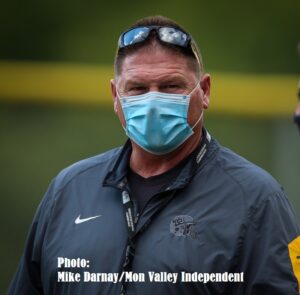 SCA and TJ probably have two of the best staffs in all of Pennsylvania too.  That quality of coaching has enabled both teams to successfully adjust to personnel, especially offensively throughout the years.  Both staffs have the same goals and reflect the same values as Coach Roth and Coach Cherpak.  Roth has 2 assistants that have been there as long as he has and a few more for at least 25 years.  Cherpak may have a little more rotation, but many of his coaches played at Thomas Jefferson and played for him.  If they didn’t share the same goals and believe in the system they wouldn’t have been hired.

There is also a Halloween weird kind of similarity between Coach Roth and Coach Cherpak.  Roth worked with a program that had been dead and he resurrected it.  Southern at one time had lost 27 games in a row, a program the school board was on the verge of dropping.  Cherpak resurrected the TJ football program that had been floundering and, at one time being a mortician, he has actually worked with the dead.

Finally, neither coach has any inkling of retiring anytime soon.  And that, sports fans, is certainly not good news for future Southern Columbia and Thomas Jefferson opponents.