Tussey Mountain, with A Lot of Lucko, Grounds Out Glendale @TusseyMtTitans @GlendaleVkingFB

Everybody needs some luck sometime.  But Tussey Mountain, now 4-0, has had a lot of luck in their first four games, Kaden Lucko that is.  The 5’8” 185 pound running back rushed for 119 yards on 16 carries and scored four touchdowns leading his Titans to a 42-12 triumph over the homestanding Glendale Vikings Friday night before a nice-sized homecoming crowd at Dr. Roy F. Baker Field in Flinton, Pa.

Besides scoring four touchdowns in a row at one point, Lucko made an impact on defense too with some jaw jarring tackles.  Making the most of an offense that attempts to distribute the ball somewhat equally, Lucko has had quite a year to date pounding his way to 563 yards and 9 scores.

According to winning coach, Anthony Sottasante, the Titans run an offense similar to Army and Navy called the triple option.  The key to that type of offense is the quarterback and junior Colton Bishop does a fine job with his reads.  In fact, the Tussey signal caller scurried for over 100 yards himself against the Viking defense.  “I was proud of our guys.  We played a full four quarters for the first time this year,” said Sottasante. 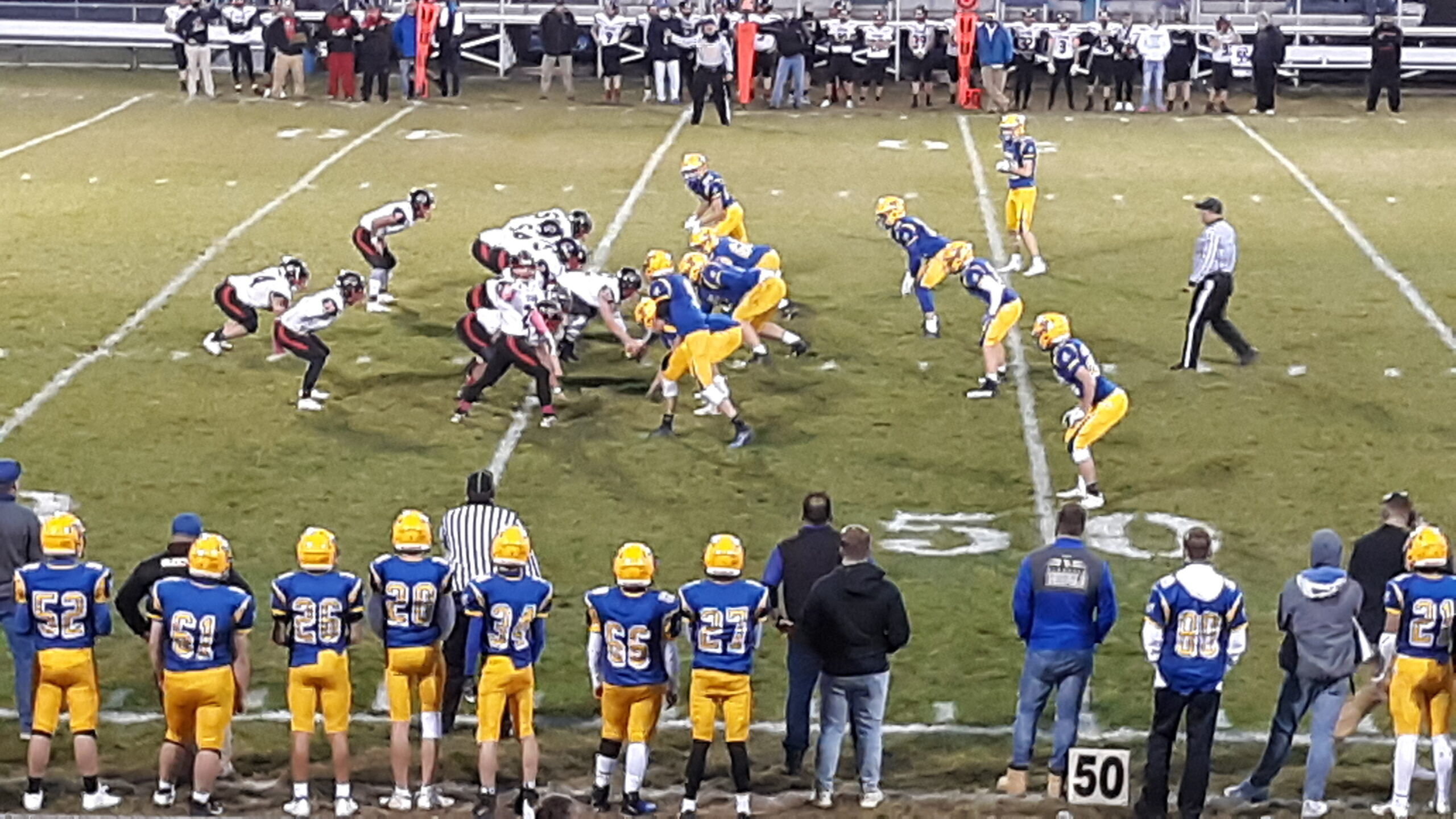 Although Glendale drove thirty-five yards and threatened on the opening drive of the game getting to the Titan 30 before fumbling on a fourth and five, the rest of the first half Tussey’s defense held the home team to a paltry 25 yards total.  Meanwhile, the Titans scored on all three of their first half possessions.

With 45 seconds left in the first quarter, Landon Hennessey scored from two yards out to finish a 14-play 60-yard drive.  Chad Morningstar’s first of six extra points gave the Titans a 7-0 lead.  Tussey Mountain followed that score with two second period tallies when Lucko bulled in from four and then three yards.  The second TD was with only 36 seconds remaining in the half and gave the visitors a 21-0 lead at the break.

The third quarter found Lucko scoring twice more, this time on a six-yard run and another three yarder.  In between Lucko’s TDs, Glendale got on the board when Viking quarterback, Garrett Misiura found a streaking Baine Seilhamer for a nice 67-yard pass, catch, and run.  The score at the end of the third quarter found Tussey on top 35-6.

The game went into Mercy Rule mode when Hennessey, who picked up 73 yards on 8 carries, took a pitch from Bishop and raced into the end zone from the six.  “The way Tussey Mountain’s offense is built they just wear you down.  Physically, they just wore us down,” stated ‘Spank’ Trexler, Glendale’s coach.  The Vikings capped the scoring when Misiura hit Seilhamer for an 18-yard TD.  Misiura was 6 for 12 passing with 133 yards and the 2 TDs.  Seilhamer caught 4 of those passes for all 133 yards and the 2 touchdowns.

Tussey Mountain finished the game with 374 yards rushing which was 34 over their season average of 340.  Add in a 17-yard pass and they accumulated 391 yards of offense.  Glendale ended up with 237 wards with most of that coming in the second half.  Suds Dubler had a good game, gaining 90 yards on the ground for the Vikings.

Next week Tussey Mountain is home and puts their unblemished record up against 3-0 Southern Huntingdon.  Glendale, now 1-3, journeys to Moshannon Valley to take on the Black Knights who are looking for their first win of the 2020 campaign.