Bald Eagle Area starting to hit on all cylinders, but it was defense again that shined in Curtain Bowl win (Gallery included) @CoachJNagle

Prior to the opening kickoff, BEA head coach Jesse Nagle walked by and said “watch this first play, we’re going to try something that’s either going to be an interception or a touchdown.” Neither happened but it was a precursor to what the Bellefonte defense could expect all night.  Carson Nagle fired a bomb to Kahale Burns who made the reception but fell during the catch. The 43 yard play marked the beginning of a long night for the Raiders. Three plays later Nagle hit Elliot Splain for a 31 yard td pass and the Eagles were on their way to a 48-0 win to recapture the Curtain Bowl.  Nagle was 16-27 for 168 yards with 2 tds and the BEA offense rolled up a 400 yard offensive display on a misty homecoming night.

As good as the offense was, the defense was that much better as they held Bellefonte to just 12 yards the entire game.  “We’re pretty good on defense” said Nagle with a grin. “The scout team does a pretty good job. Without them I don’t know where we’d be. We let some plays out there, made some mistakes but we’ll clean that up.”

It did take a few series for the BEA offense to find the endzone again, but thanks to their defense they had good field position all night and never really had to go far to get the points. The Eagles turned the ball over on downs twice, once at the Bellefonte six yard line. Then on their fourth series, GARRETT Burns took off for a 43 yard score to put BEA up 14-0 late in the first. Burns ran for 170 yards on 20 carries and found the endzone twice.

Late in the second quarter, BEA had what was their second longest drive of the night, a 14 play-58 yard drive that was hampered by two sacks from Bellefonte’s Nolan Weaver, pinning the Eagles with a third and 31. Nagle fired two passes to get the first down at the 24 then several plays later hit Cam Watkins from 8 yard out for the 21-0 halftime lead.

Burns got his second score, a 20 yard run, to start the scoring in the second half, then Gavin Eckley nearly dropped a punt when running into his own player but turned near disaster into a 43 yard punt return to start the running clock.

Gavin Eckley turns near disaster into a #KEYSTONECLUB PLAY Returning this punt 43 yards after running into own teammate 35-0 BEA @CoachJNagle pic.twitter.com/zVjVLvRrJo

Bellefonte will face a powerful Clearfield team for the second time this year due to scheduling issues, and BEA will host the #3 class 4A Jersey Shore Bulldogs. 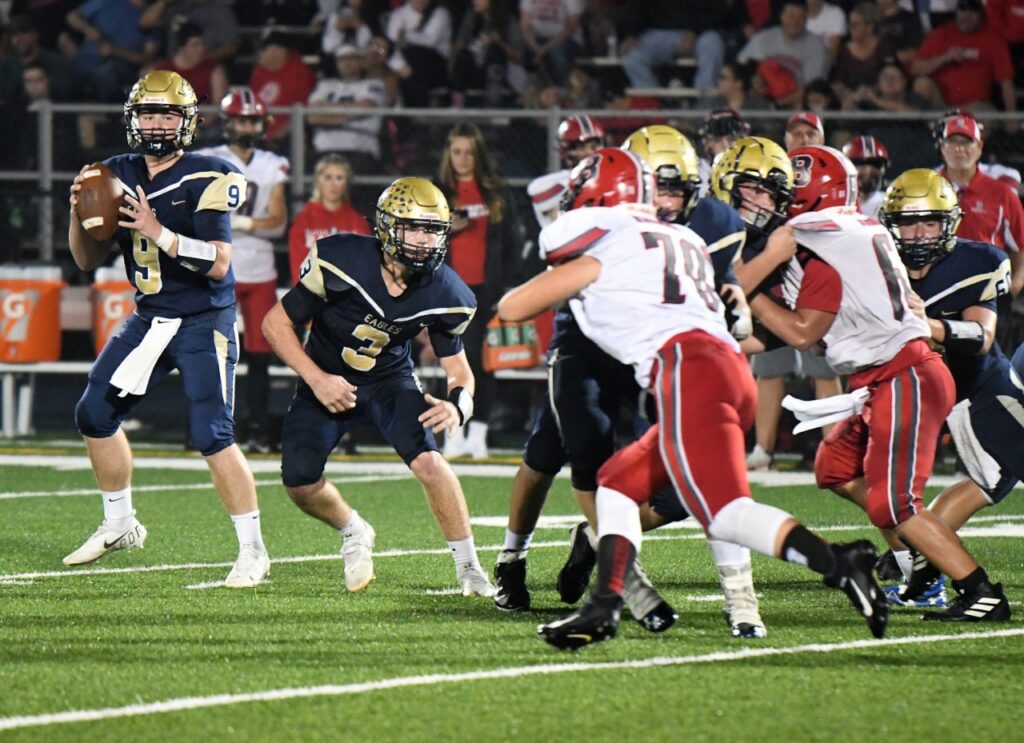 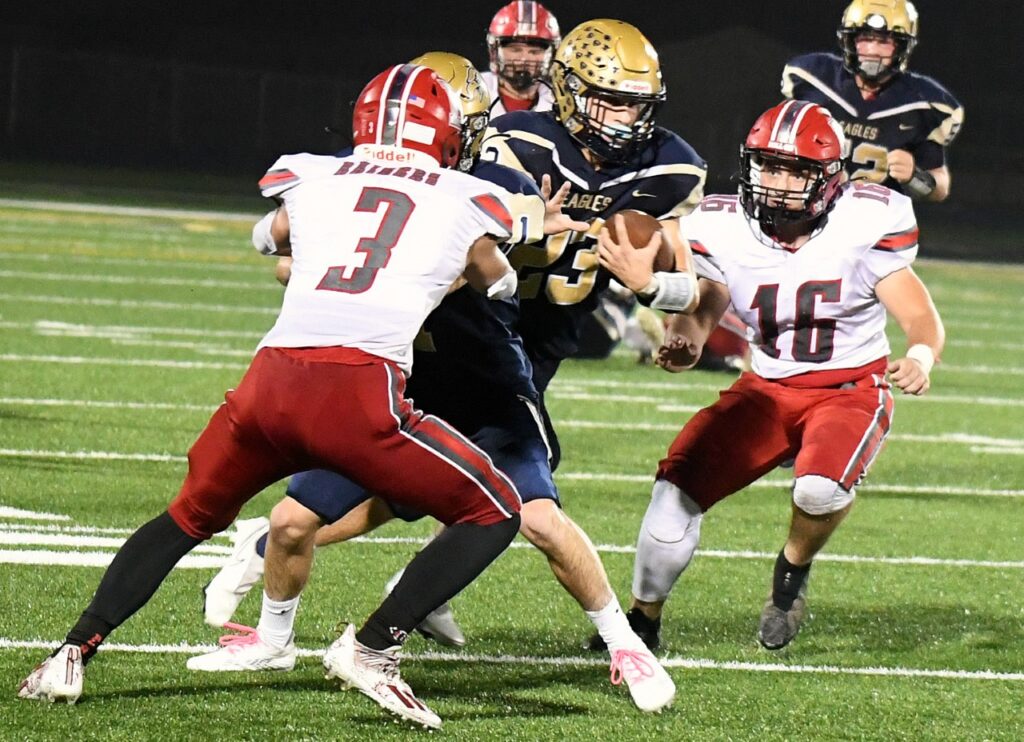 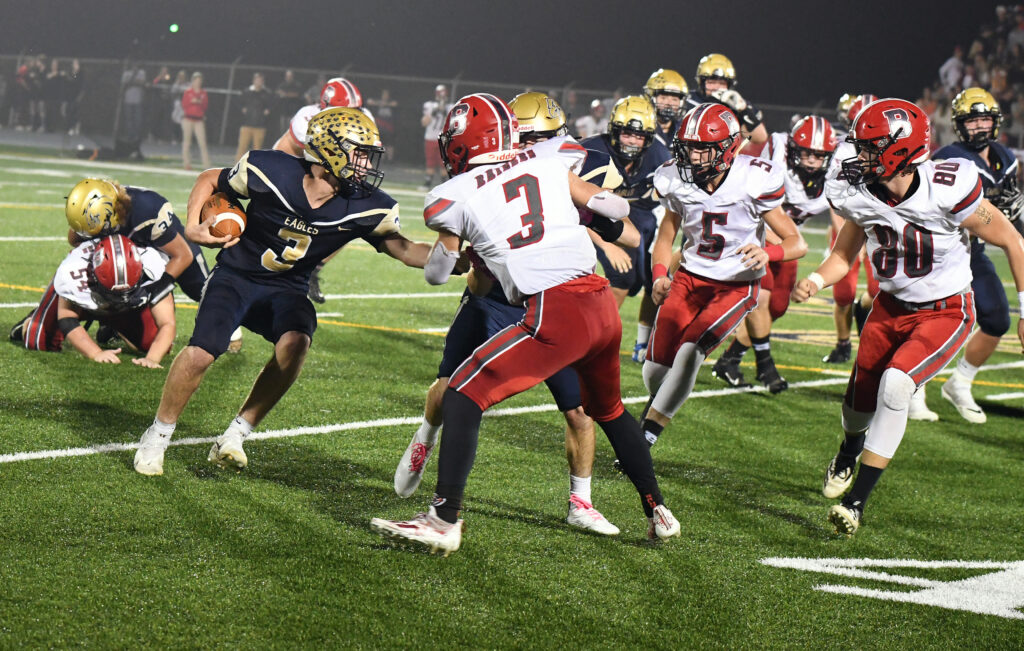 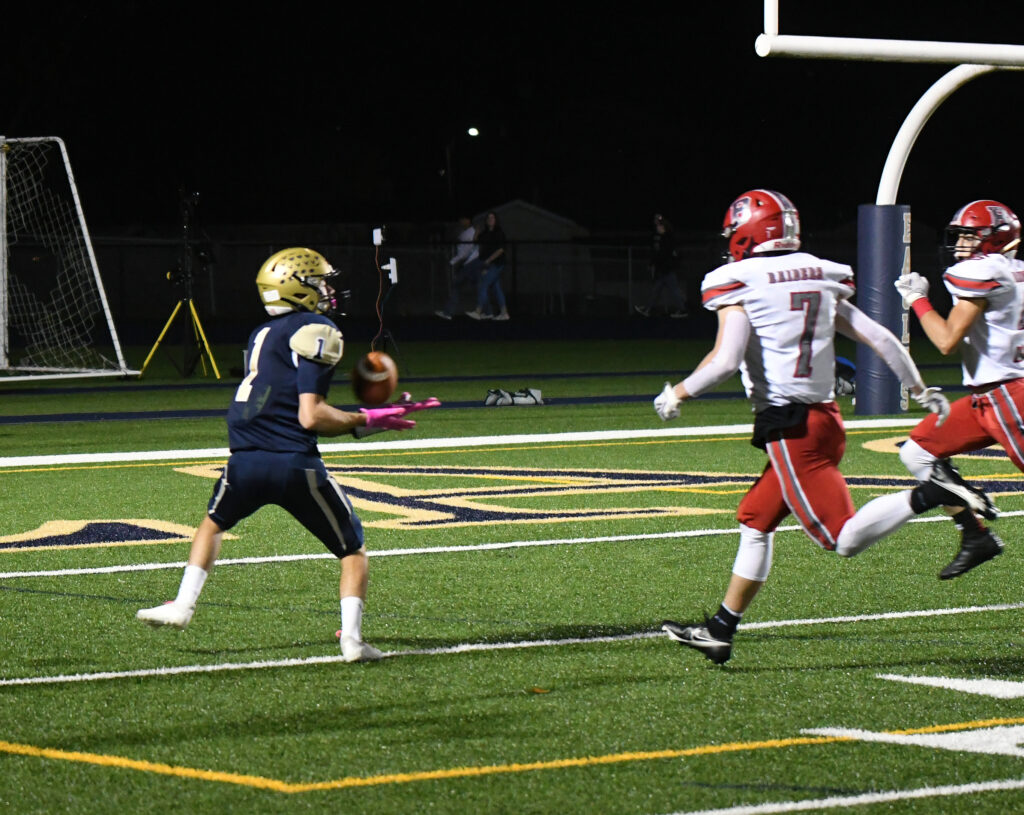 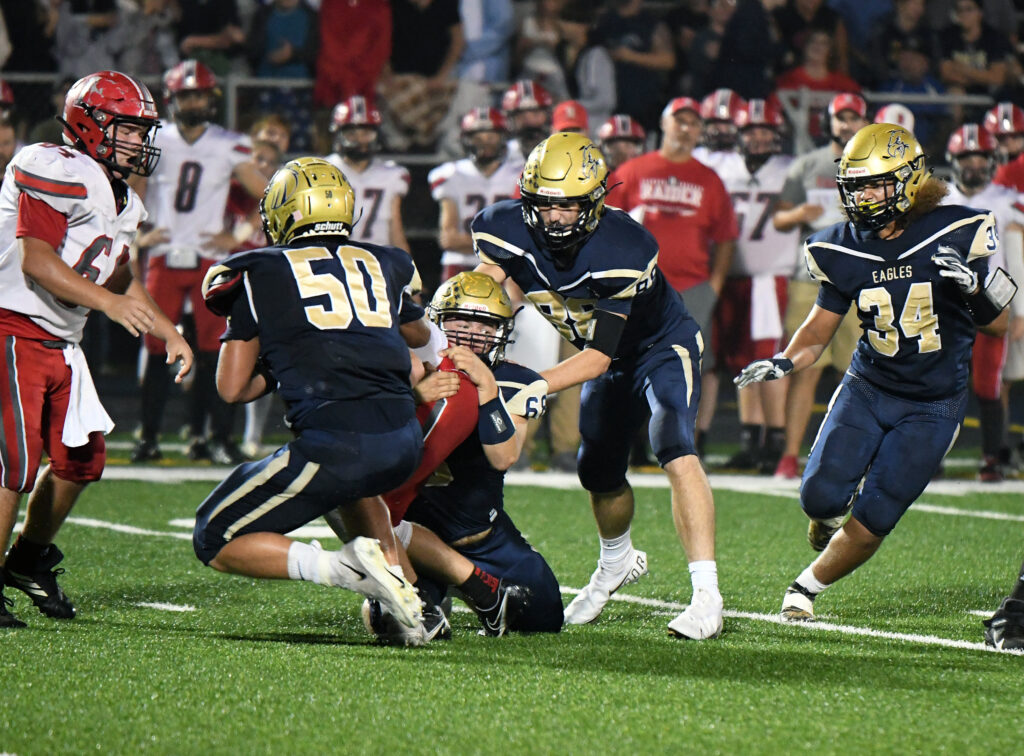 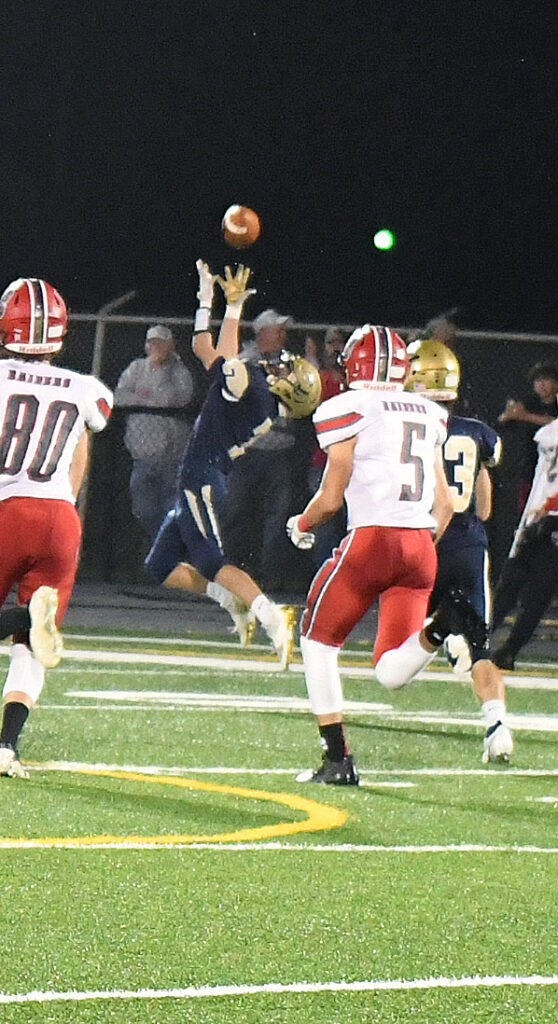 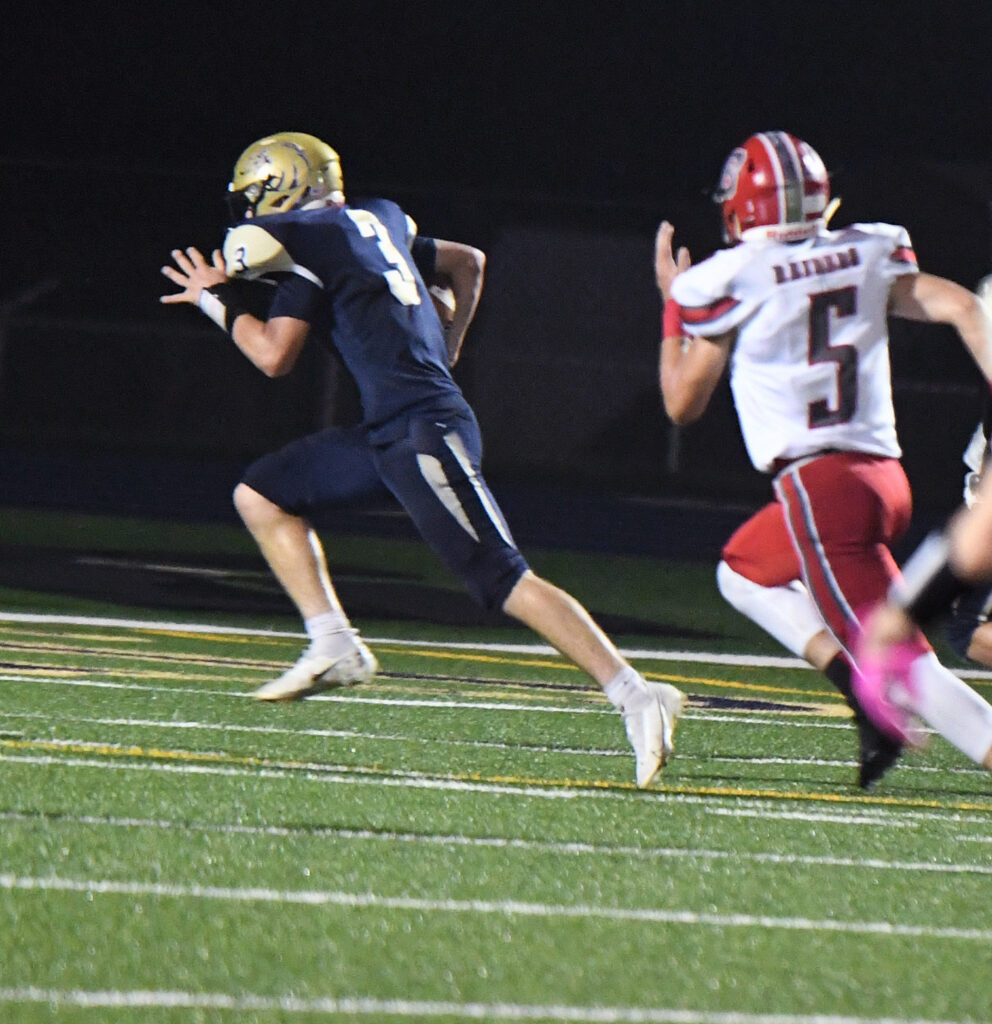 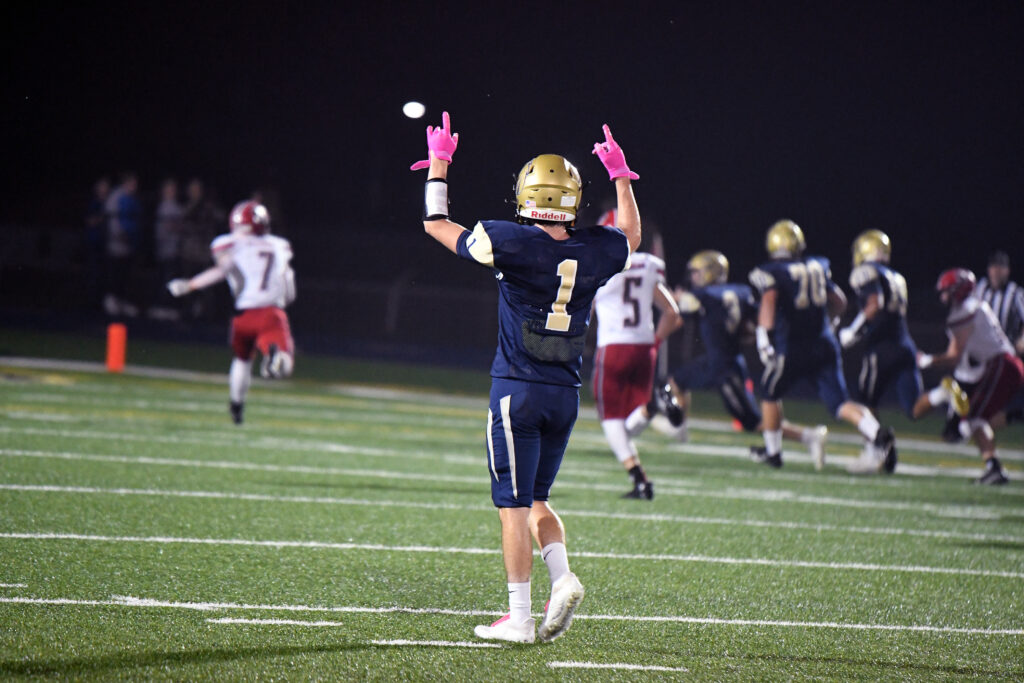 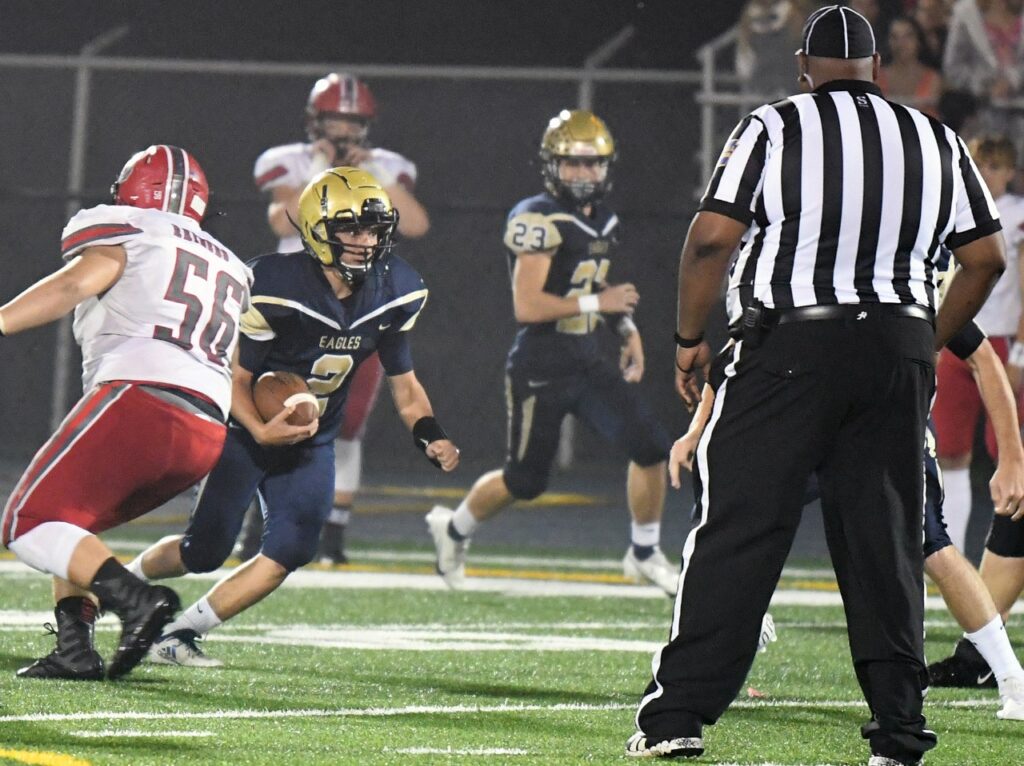 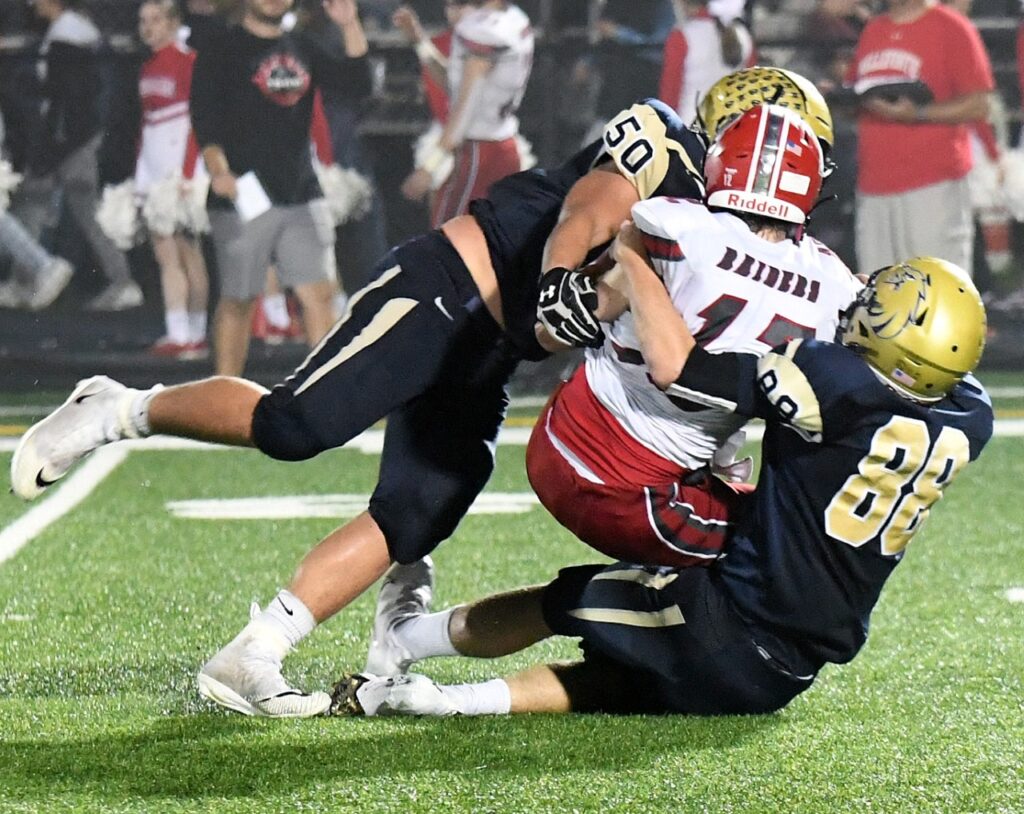 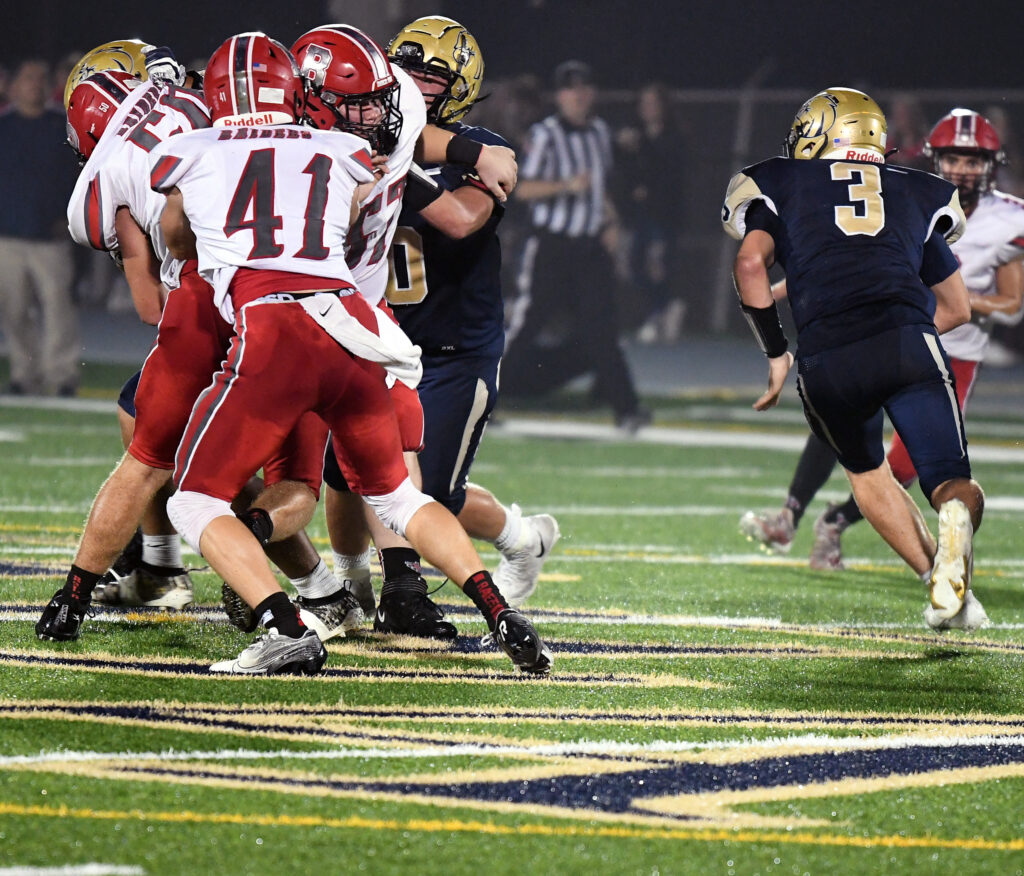 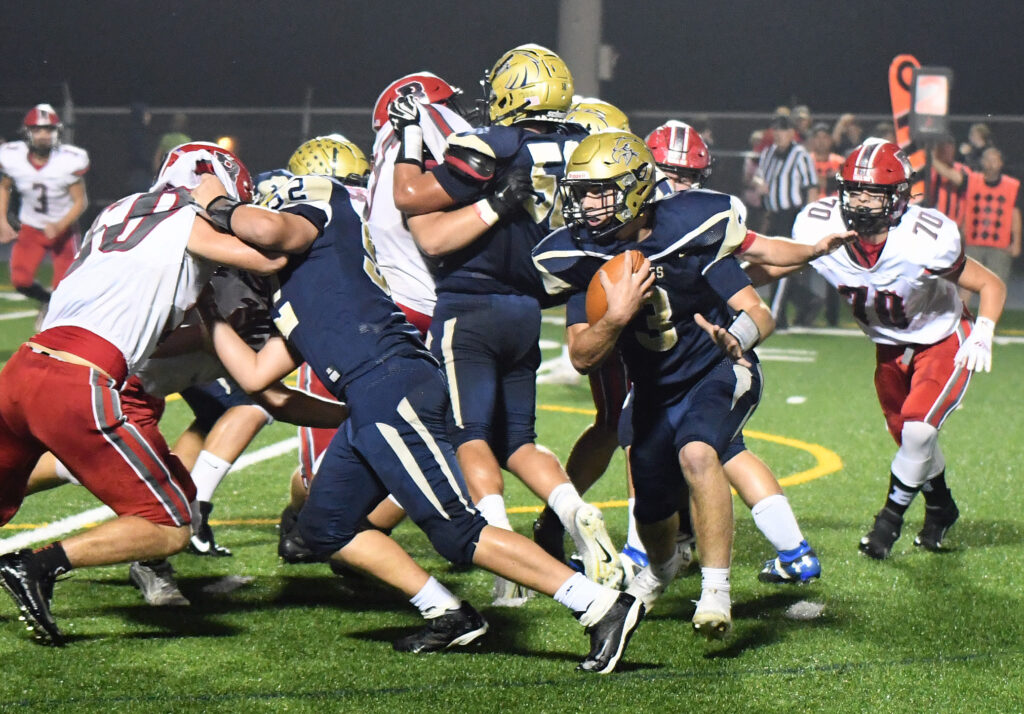 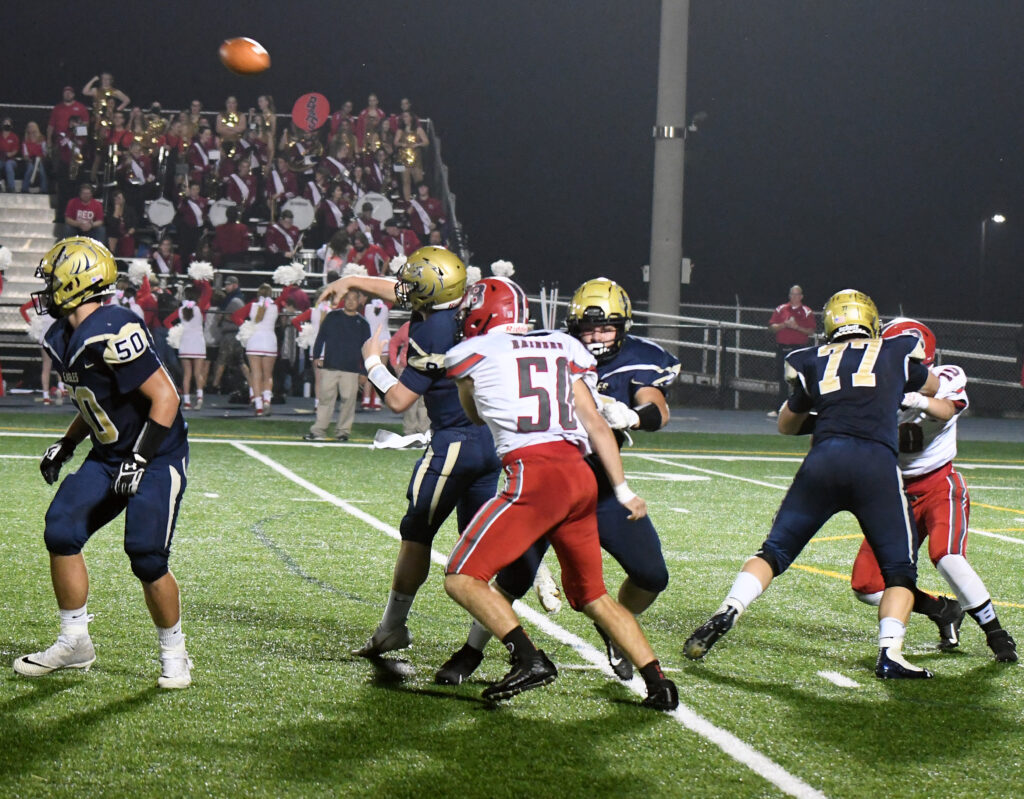 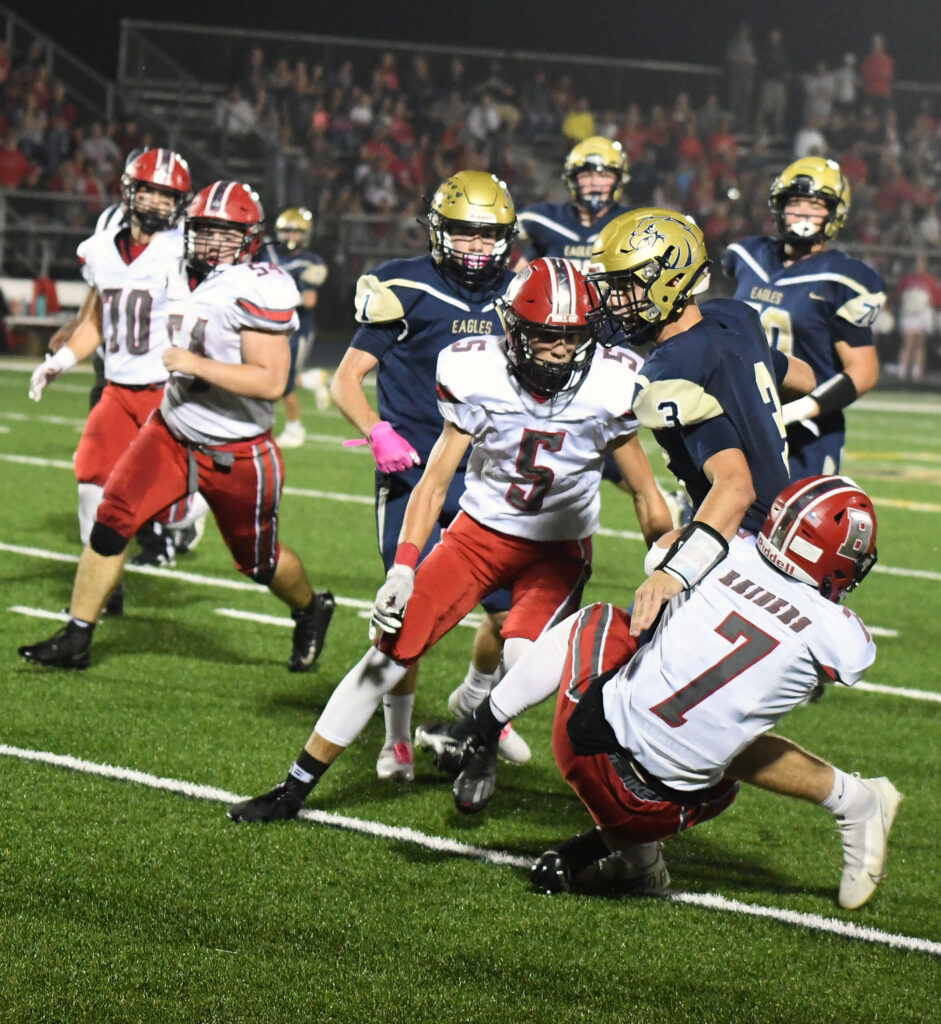 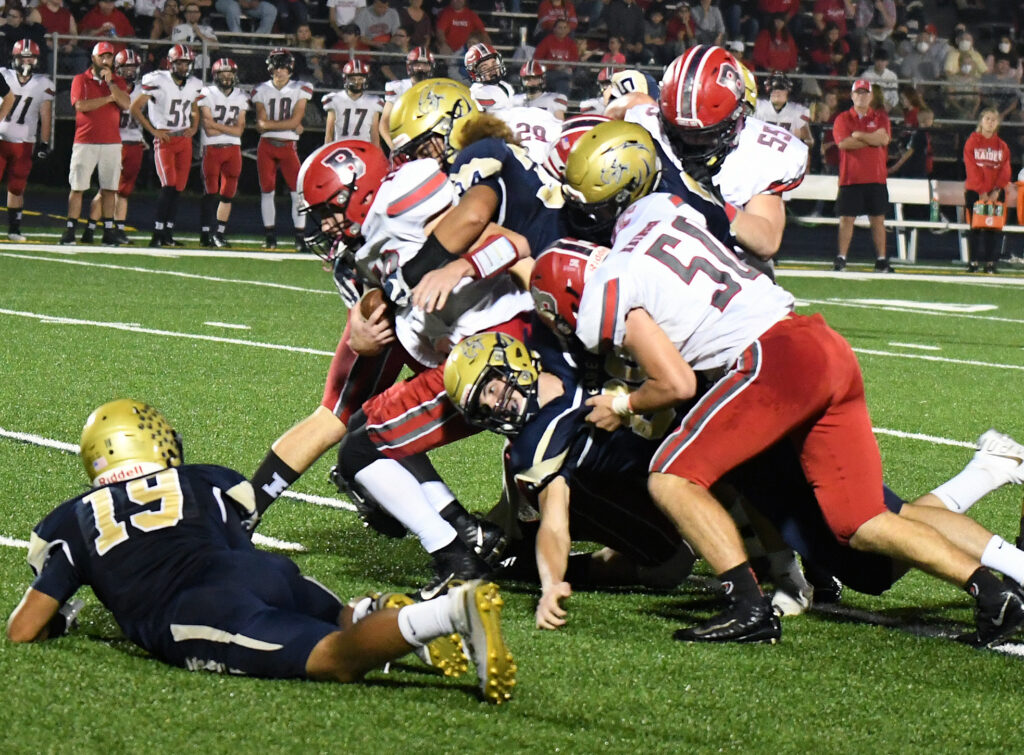 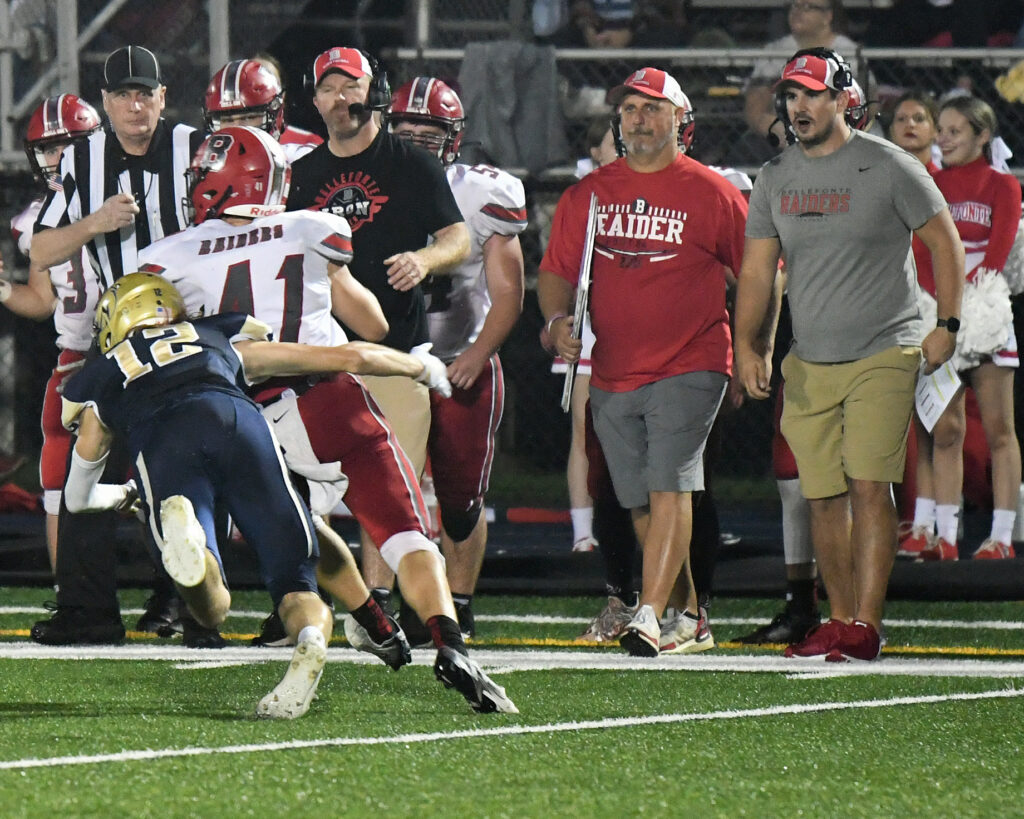 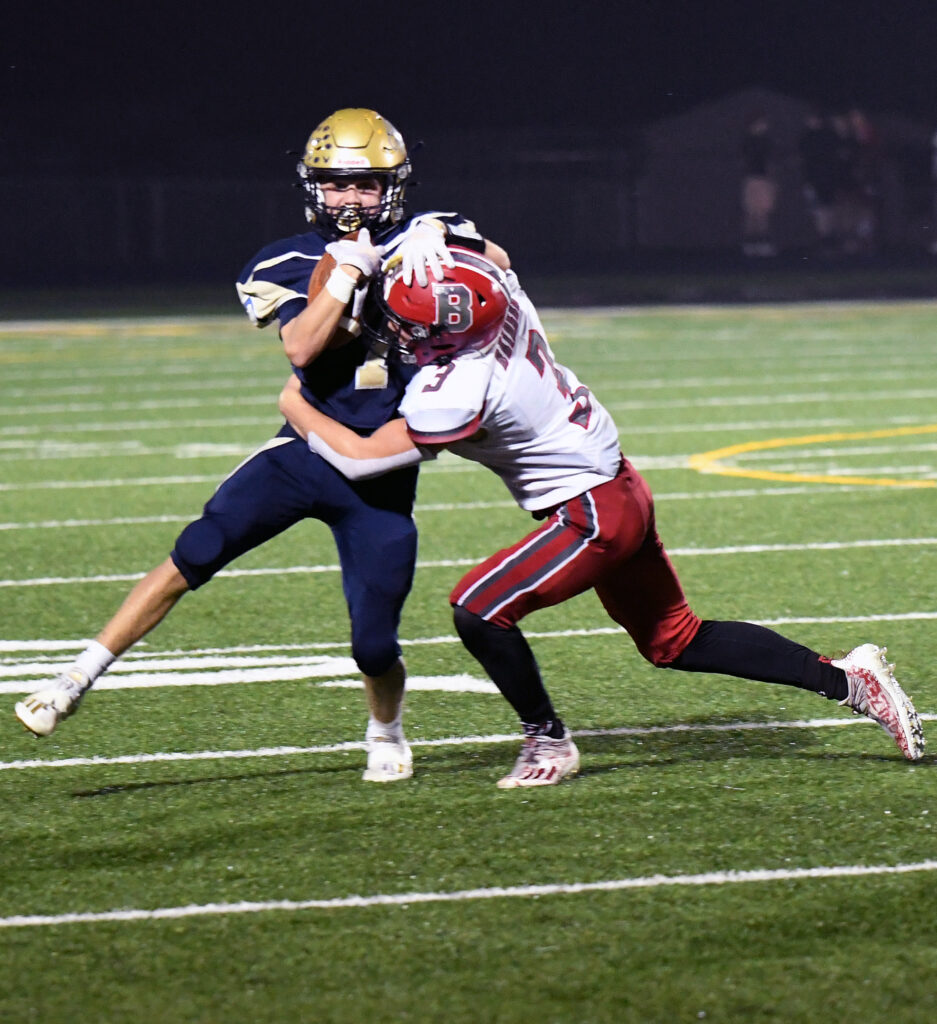 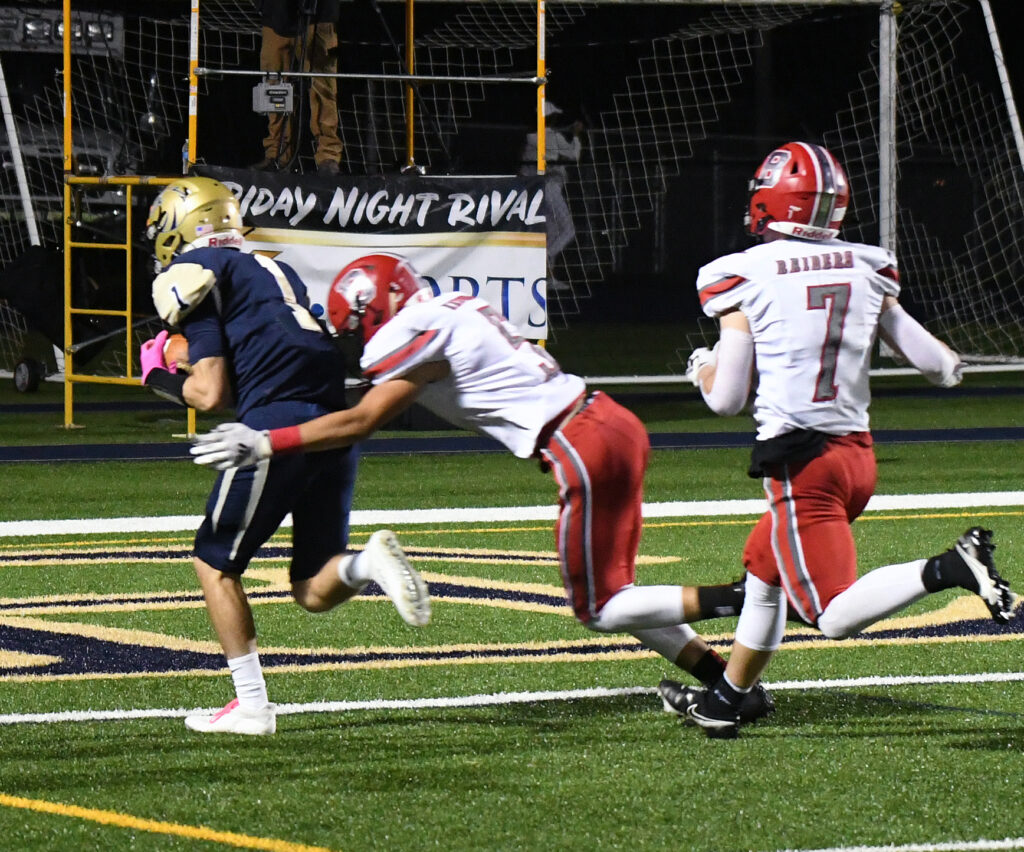