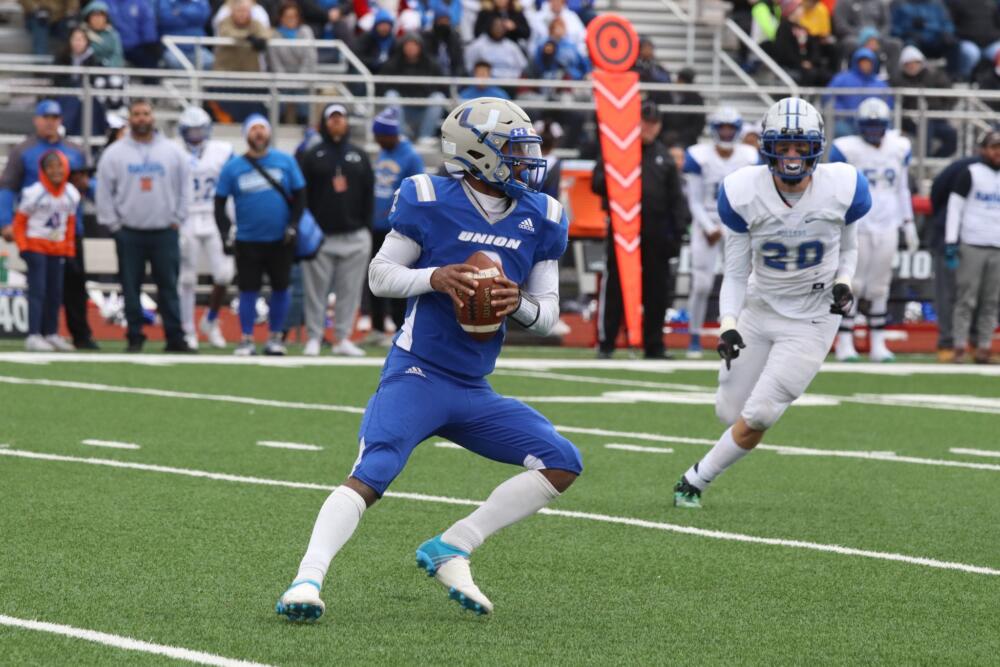 Five WPIAL Class A football players were awarded Pa. Football Writers all-state honors, including Union quarterback Braylon Thomas, who led the Scotties to their first WPIAL title since 1959 and a trip to the PIAA championship game. He ran for 1,466 yards and 20 touchdowns and threw for 1,202 yards and 14 more scores, as he helped lead his team to an upset of No. 1 Bishop Canevin, 26-0, in the WPIAL finals.
Thomas was joined on the all-state team by Bishop Canevin Crusader defensive back Jason Cross and wide reciever Xavier Nelson. OLSH quarterback Nehemiah Azeem, record setting Mapletown running back Landan Stevenson and Clairton offensive lineman Tyreese Washington-Law also were selected.
Stevenson ran for a WPIAL-leading 2,342 yards and scored 45 touchdowns as the Maples celebrated their first undefeated regular season since 1968 and won the first playoff game in team history. He finished his career with 5,993 career rushing yards and 102 touchdowns.