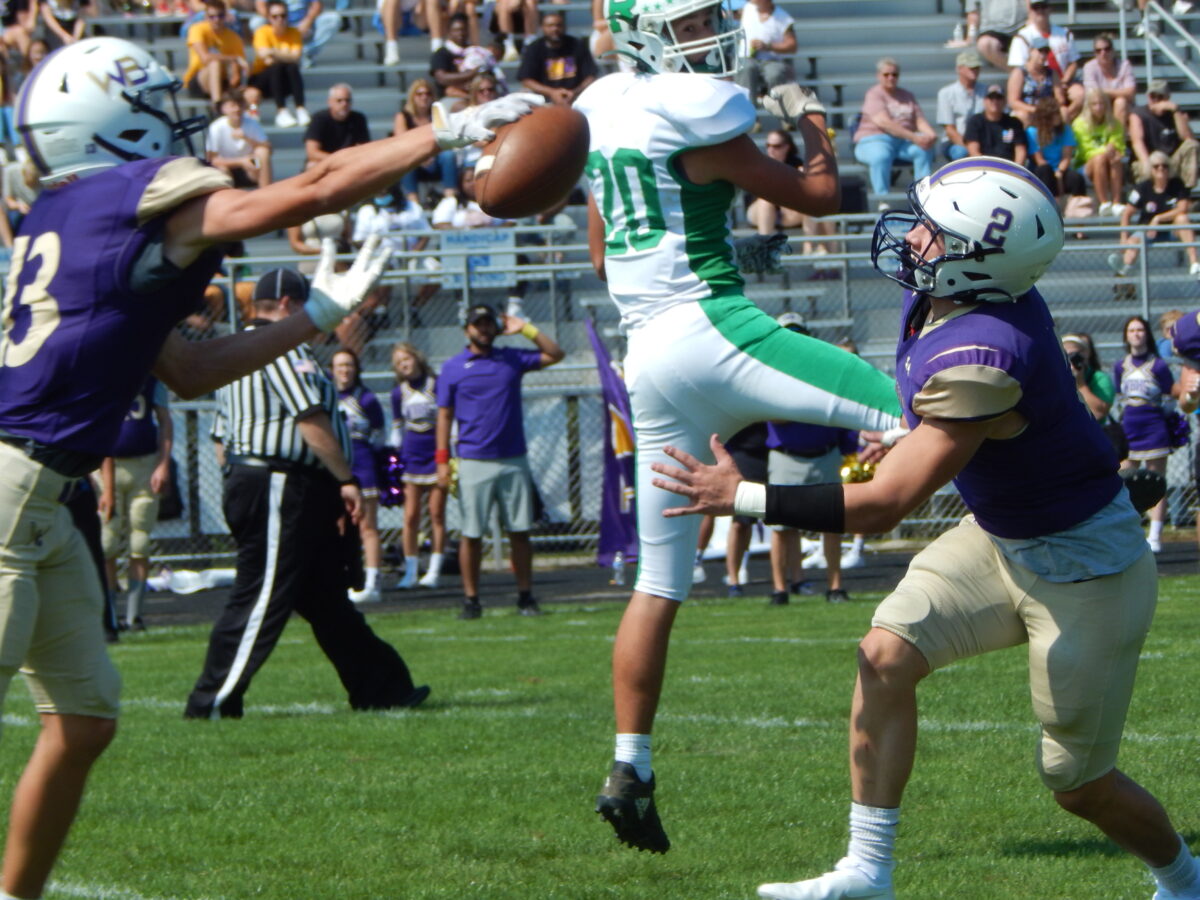 The Golden Beavers, now winners of two in a row, jumped out to an 18-0 first-half lead and never looked back.

“I felt we came in with a good gameplan and executed well,” said Western Beaver head coach Ron Busby. “We wanted to get the ball in space with our athletes, and we did a good job with that for the most part.”

Western Beaver scored on its opening possession as Lefebvre connected with Dorian McGhee on a 28-yard touchdown pass.

Later in the first quarter, Tyson Florence scored on a 45-yard run.

LeFebvre then threw an 8-yard touchdown pass to Thad Gray with eight seconds to play in the first half that pushed the Golden Beavers’ lead to 18-0.

“Toward the second half, we started making mental mistakes and putting ourselves behind the sticks,” said Busby. “We made a habit out of that so far this season. That will be our focus this week in practice.”

Riverside was limited to only seven yards of offense in the first half.

“Defense has just been our mantra around here,” said Busby. “We came out and were flying to the football. When we built that lead, we got a little lazy. We can’t have that.”

The Panthers found their footing in the second half and cut the deficit on Brady Barton’s 7-yard run 1:57 into the fourth quarter.

“In the first half, we were unacceptably slow,” said Riverside head coach Fran Ramsden. “I’m thankful for the opportunity to play Western Beaver, which is back-to-back sold non-conference games for us. Our expectation needs to be, the way we played in the second half needs to be all four quarters.”

Barton ran for 43 yards on ten carries for the Panthers.

LeFebvre then connected with Florence on a 33-yard touchdown that pushed the Western lead to 31-7.

Florence finished the four carries for 49 yards while adding one catch for 33 yards with the two touchdowns. Gray caught three passes for 73 and two touchdowns while adding 15 yards rushing on five carries. McGhee chipped in with two receptions for 68 yards and the touchdown while also running six times for 35 yards.

“We feel like any of our skill players are capable of making a big play,” said Busby. “We know that we have talented, skilled guys. We need to make sure we’re more consistent upfront.”

With both teams having their subs in the game, Riverside scored again on Ayden Garcia’s 3-yard touchdown pass to Brady Newman with 44 seconds to play.

“We have a very young team in the skill department, and they’re still learning,” said Ramsden. “I’m glad it’s happening in the first two weeks of the season and not the last.”

“I told our guys that we came out and played right with them in the second half,” Ramsden concluded. “This was not a 40-point blowout at halftime. The main focus from here on out is playing a four-quarter game like I know we can.”