MOHAWK RUNS AWAY WITH IT

In an unusual situation on a very somber day, a football game was played before a smattering of fenced off fans. Shunted to the endzones to watch the first football game of the 2020 season. As the country reflected on the 19th anniversary of the 9/11 attacks, and amid the ongoing Pandemic that made, via state recommendation, in-stadium attendance nearly non-existent, the Ellwood City Wolverines and Mohawk Warriors kicked things off.

Mohawk scored first on a 16 yard TD pass, before adding 24 points in the second quarter. A field goal, a 2 yard run, a 65 yard pass and topped off with a 77 yard interception return to the house. After the ensuing second half kickoff was fumbled by the struggling Wolverines, Mohawk would set the running clock in motion on a short TD pass. As the game wore on, Mohawk lobbed one final salvo at the beleaguered home team. A 12 yard TD run that cemented the final score as 45-0 to the visiting Warriors. 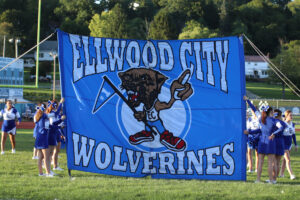 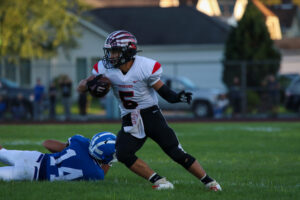 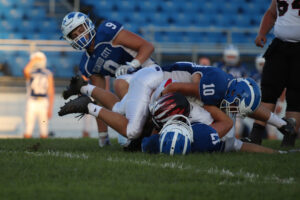 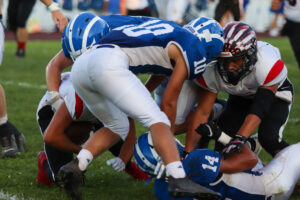 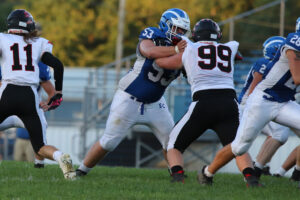 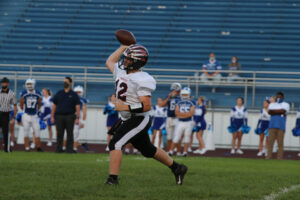 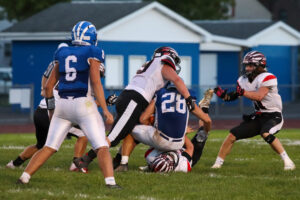 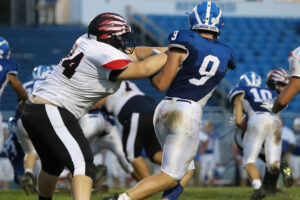 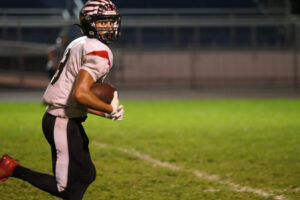 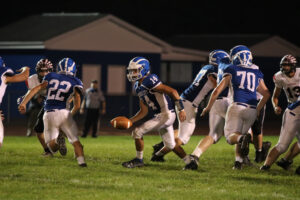 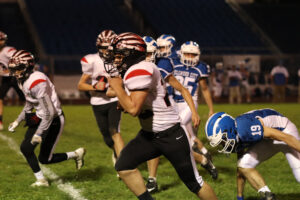