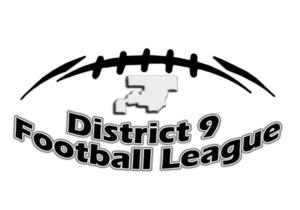 Coudersport was deemed number one in Region 3 by the coaches.  Cameron County took the honors for second place, while Elk County Catholic and Otto-Eldred tied for third.

The Falcons of Coudersport were 4-5 last year, but did beat Smethport.  Coudersport returns 7 offensive starters including dual threat quarterback Gavyn Ayers, downhill running back Xander Brown, wide receiver and team MVP James Culvey, and dominant lineman Cooper Rossman.  The Falcons return 8 defensive starters including the same four mentioned under offense.  According to coach Frank Brown, Ayers is a playmaker even on defense, Brown is a great linebacker, Culvey was the team MVP as noted, and Rossman is the top lineman.

Cameron County went 5-5 last year, broke a 20-game losing streak, and made the playoffs for the first time in a decade.  Coach Ryan Neyman states that he has great skill players and strong linemen.  That is a key to success.  The Red Raiders return 9 starters on offense including all of their skill players.  QB Maddox Baughman and RB Lathan Reed will stir the offense and with three linemen back expect some good things to happen.  Those vital linemen protecting the QB and opening holes for the RBs are Eyan Smith, Landon Farren, and Jesop Farabaugh.  Another thing to note is that of those nine returning starters only three will be seniors!  Cameron County returns 8 starters on defense including their two top tacklers in Smith and Farren, plus their sack leader, LB Kyle Earle.

Elk County Catholic runs the old-fashioned single wing offense where ball deception is the key to success.  ECC returns 8 starters on offense and defense from a team that won three out of eight games last year.  Joe Tettis, Noah Cherry, and Benny Reynolds are some talented skill guys that are back on offense.  Those same kids should make a difference on defense too.  Crusader coach Tony Gerg says that as long as they stay healthy, we will be okay.

Otto-Eldred finished 3-7 last season.  They want to improve on that this year.  The Terrors return 8 on offense and 7 on defense.  Sophomore Manning Splain was their leading receiver a year ago as a freshman.  Another sophomore WR, Ray’Shene Thomas, gives O-E a dual threat receiving.  Otto-Eldred also returns 4 of the 5 offensive linemen which should be a big boost to the offense.  They are Isaac Shaw, Abram Austin, Tyler McElhatten, and Jakob Hernandez.  Shaw and Austin will also anchor the defensive line for the Terrors.  Otto-Eldred forced 32 turnovers in 2021, with the leading ball hawker being Spain who led the team in interceptions.

Bucktail out of District 4 elects to play in this league, and although they did not win a game last year, they were competitive in many.  Five offensive starters from 2021 are back.  They are Tanner Pettingill, Brody Pentz, Brett Mason, Braylon Fantaski, and Brian Dwyer.  All except Dwyer will find themselves in different positions in 2022 than last year.  The same five individuals were starters on defense a year ago too.  According to coach Frank Sutliff these five players show great athleticism, work ethic, and have vital experience.  The Bucks should win some games this year.

Sheffield also did not win any games in 2021.  Sheffield had to fold after one game in 2020, but did play nine games last year.  Coach Mike Barr said, “We as coaches had one goal in mind last year and that was for the kids to have a football season and complete it.  To set a foundation in which we can build from.  We as coaches feel that we did accomplish that and have set a foundation.”   The Wolverines return four on offense and four on defense.  All are two-way players.  They are Matt Lobdell, Gage Mott-Macalush, Colby Barr, and Dylan Hardwick.  Coach Barr also mentioned Andrew Kyler who has been working very hard in the off season and is expected to contribute.

« They’re BAAAaaaaccck!! It’s another round Around District 11 – The Travels of Guy & Pam: All Star Games & The Plan for This Season
Allegheny Six Conference Preview (3A) »