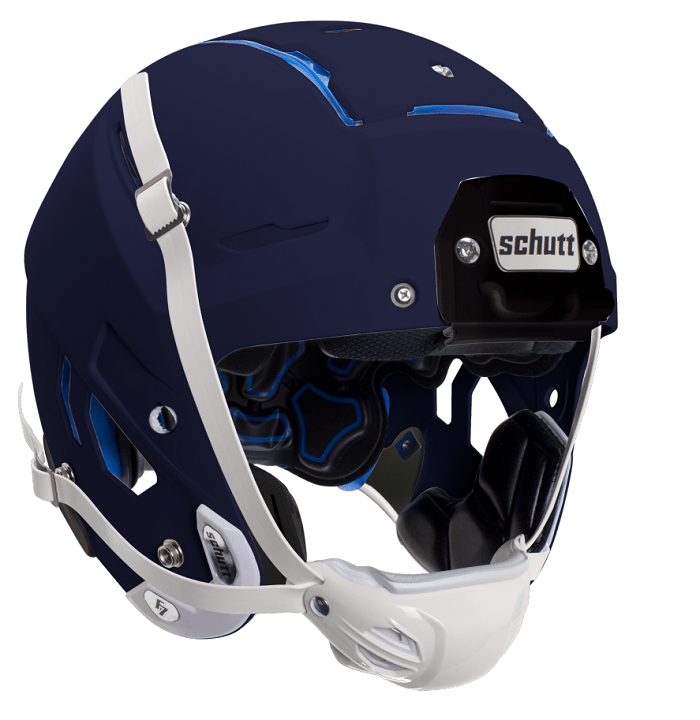 (Above Image) There are several different types of helmets. Shown is a Schutt helmet with Matte Navy Blue finish

Clarion School District Superintendent Dr. Joe Carrico gave those in attendance at the District School Board meeting, on Tuesday night (January 14th) a preview of what the new football uniforms for the Central Clarion Wildcats will look like, showing mock-ups of the uniforms, provided by DeMans Sporting Goods from Brookville, which will supply the uniforms.

The Board unanimously approved the uniforms at the meeting, and with Clarion-Limestone voting 6-2 in favor of reaffirming the co-op agreement at their Board meeting on Wednesday night (January 15th), the purchase of uniforms can move forward.

The team name comes from the 105th Pennsylvania Infantry Regiment, which fought at Gettysburg and other battles during the Civil War. The Regiment, which hailed from Jefferson and Clarion Counties, was also known as the Wildcat Regiment.

The Varsity Away uniforms will also feature navy blue pants. The jerseys will be white, with orange, blue and white stripes, orange and blue numbers, and blue lettering.

The helmets will be refurbished by Sportsman’s Reconditioning from Johnstown. The helmet will be matte blue navy and feature a navy blue facemask. The helmet logo has not been decided on as yet.

The Junior High Home jerseys will be solid navy blue, with orange numbers and lettering.

The Junior High Away jerseys will be solid white, with orange numbers and lettering.

Dr. Carrico mentioned this to reporters about the feedback that has been received on the co-op with North Clarion, Clarion Area and Clarion-Limestone. He mentioned that the feedback would indicate, “The kids are happy, by and large. The parents seem happy, in the communities. It has been a very successful program.”

As you check out the images of Mock-up sheets below (showing home and away uniforms for Varsity and Junior High) and helmet color at top of article, I think you will agree with me that the uniforms will look pretty nice. 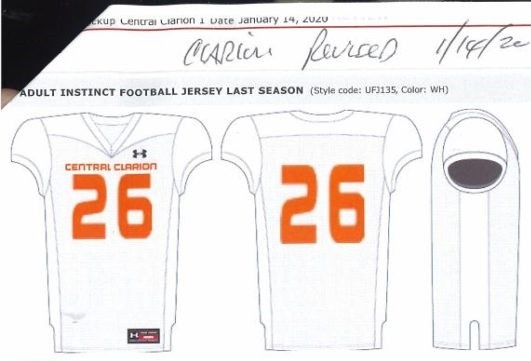 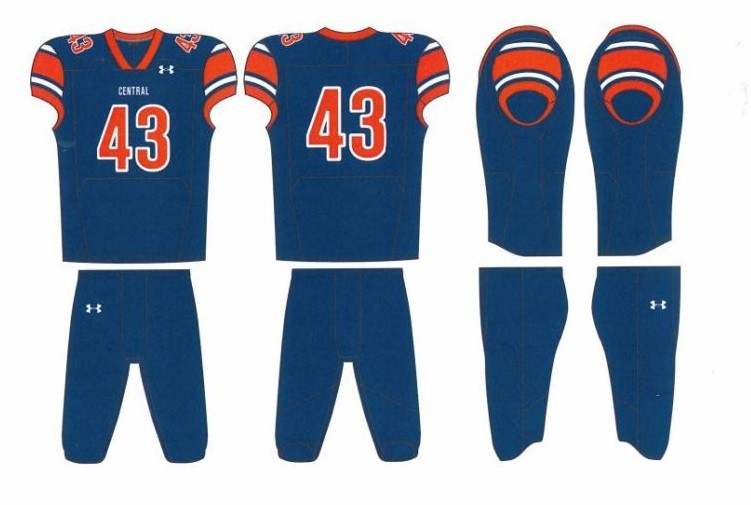 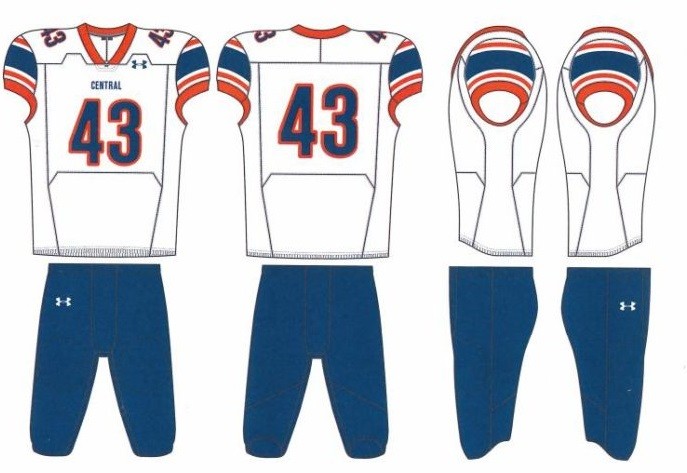 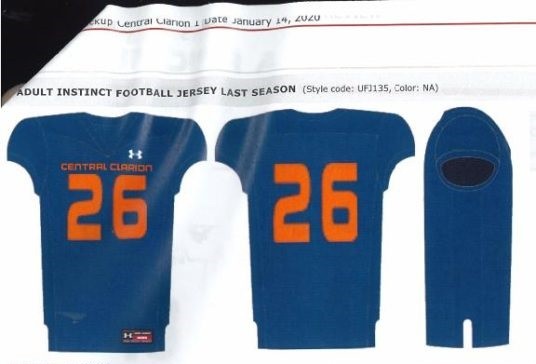