Saturday afternoon in Bellaire Ohio the Big Reds were set to battle the Warriors from Worthington Christian in round two of the Ohio playoffs. The crowd as one Bellaire fan setting near me was smallish for a playoff game but they were loud, at times. On a side note, this was the only high game in the state because all playoff games were moved to Friday, with the exception of teams who have no lights and were able to play on their regular day, for Bellaire that is and I hope will always be Saturday afternoon.

Bellaire put their best offensive threat RayRay Pettigrew in the backfield to start things off and with the work of his offensive line, he immediately picked 24 yards on two runs. From there Jake Heatherington would find Jakob Dowling for 21-yards, on fourth and one taking the ball down to the Warriors one-yard line. Brayden Roth followed the hard-working line into the end zone making this a 6-0 game. Lucas Littell calmly nailed the point after kick to give us a 7-0 score, with 9:11 left in the opening quarter.

The Warriors defense would get their first break when Roth coughed the ball up and pouncing on it was Caleb Holt to give his team the ball on the Big Reds twenty-nine. Things started off well on the ensuing drive when Hobie Raikes threw to Gibby Wilson for eighteen. But after RayRay knocked down a pass, Logan Edgar picked off the next ball that Raikes threw giving the ball back to the home team.

Hard running Drew White used a 24-yard run down to the Warriors twenty. White would cap the drive off with a 12-yard touchdown that Littell followed with his 2nd point after kick to put Bellaire up 14-0, with 2:25 left in the quarter.

Raikes would find Cameron Robinson for a gain of twenty-four yards to keep things moving for Worthington Christian. On the drives, eleventh play Ethan Albert plowed in from two yards out for the touchdown, then Camden St. John made this a 14-7 game with his point-after kick.

At the 9:38 mark of the 2nd quarter, Heatherington connected with #88 Jayson Lemley for a gain of twenty to set up the next White touchdown, which came on a run of seven to make this a 21-7 game, with 7:43 left in the half. On the ensuing Warriors drive things went from bad to horrible when they were stopped on a fake punt attempt with Albert being crushed by Chickie LaMotte. Bellaire would take ten plays on the ensuing drive to make this a 28-8 game with the touchdown coming on a 9-yard run from White, who again used the outstanding work from his offensive line. In all of the times, I have watched Bellaire play this might be the best their line has looked.

Facing fourth and twenty the Warriors decided to go for it and that turned out badly for them when Raikes was sacked for a loss of seventeen by Landon Preston and White, with 24.9 seconds left in the half. Bellaire would get a 36-yard run from White to get things rolling on the ensuing drive. Capping the scoring off in the half was a Heatherington to RayRay to give us the 35-7 score at the half.

The 2nd half went by quickly because it was a running clock for most of it. To get to the running clock RayRay would break a tackle or two after taking the kickoff and then he blasted past the remaining tacklers to score on a great 80-yard return to make this a 42-7 game. Brenton Nauman would pick up a sack for the Big Reds defense before the quarter came to a close.

In the final frame for Bellaire, the highlight was a nice 22-yard run from RayRay and for the Warriors, it was a three-yard touchdown pass to Albert with a two-point conversion pass from Gibby Wilson to Raikes to give us the 42-15 final score.

For all of the pics 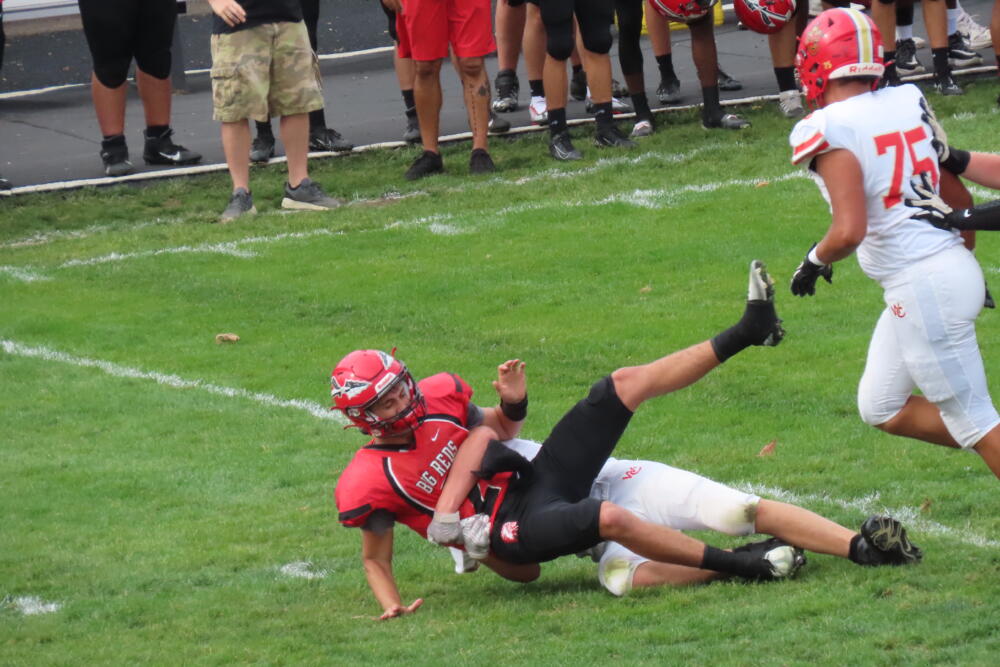 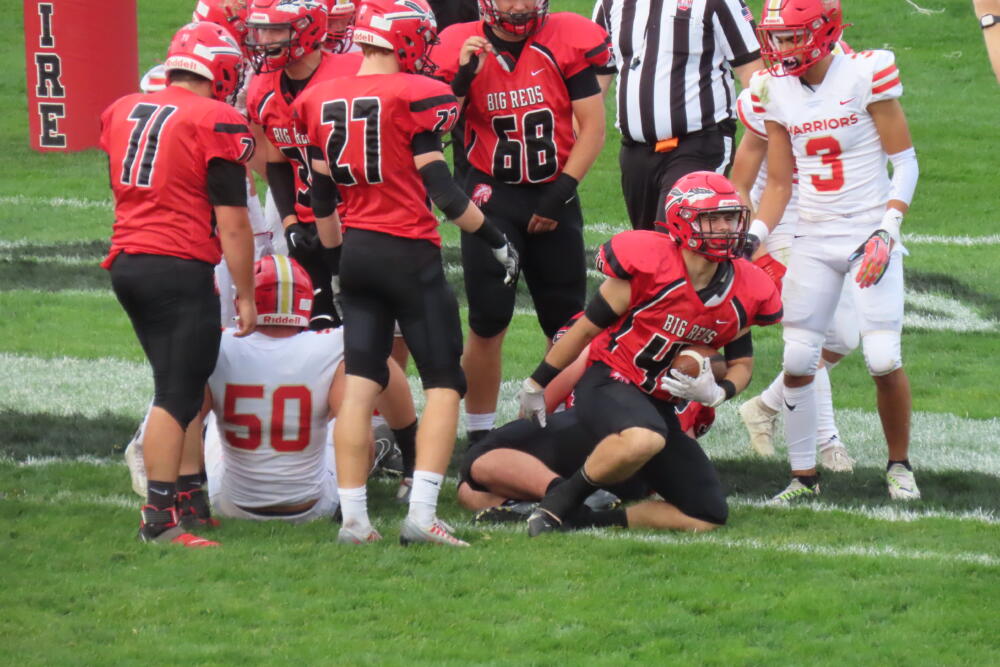 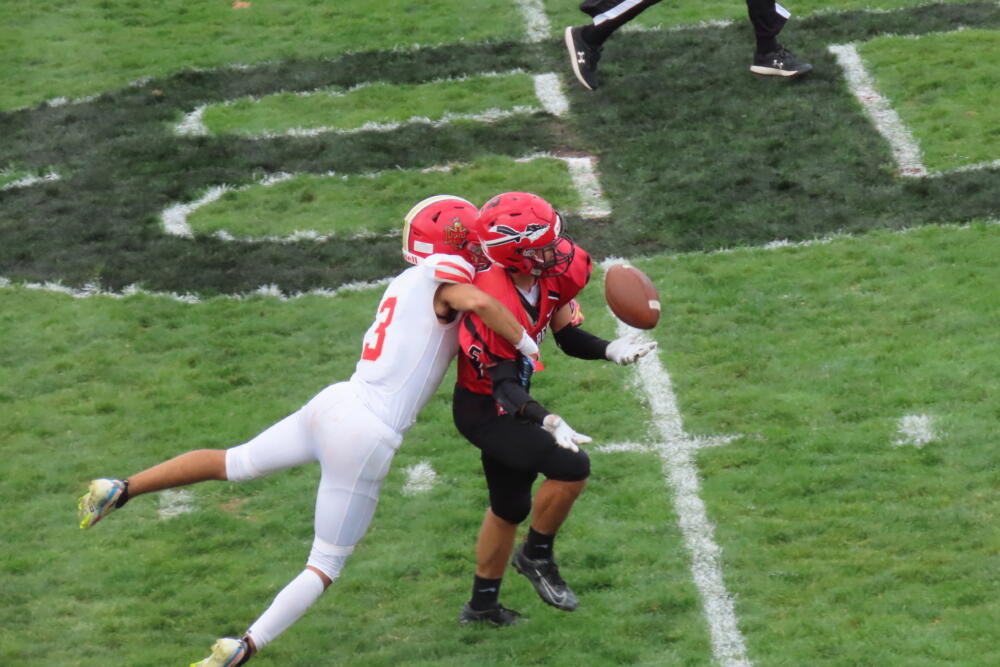 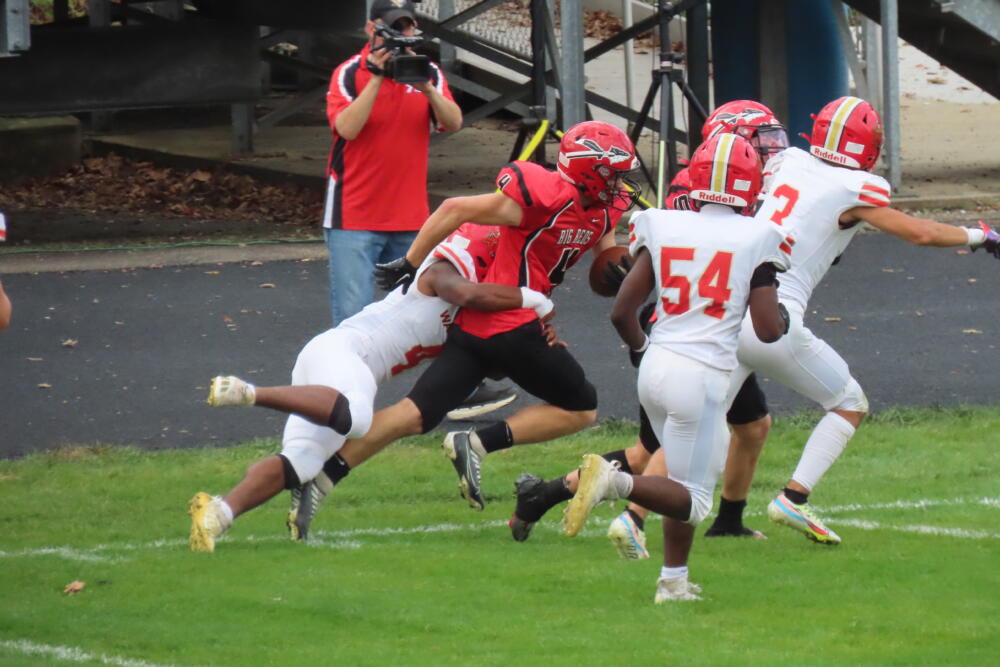 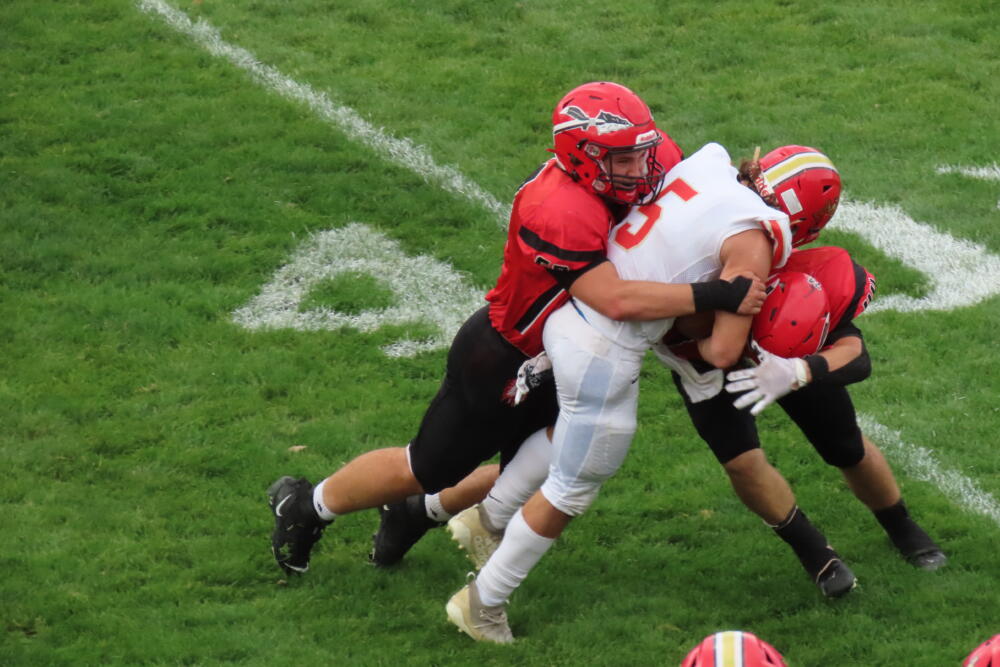 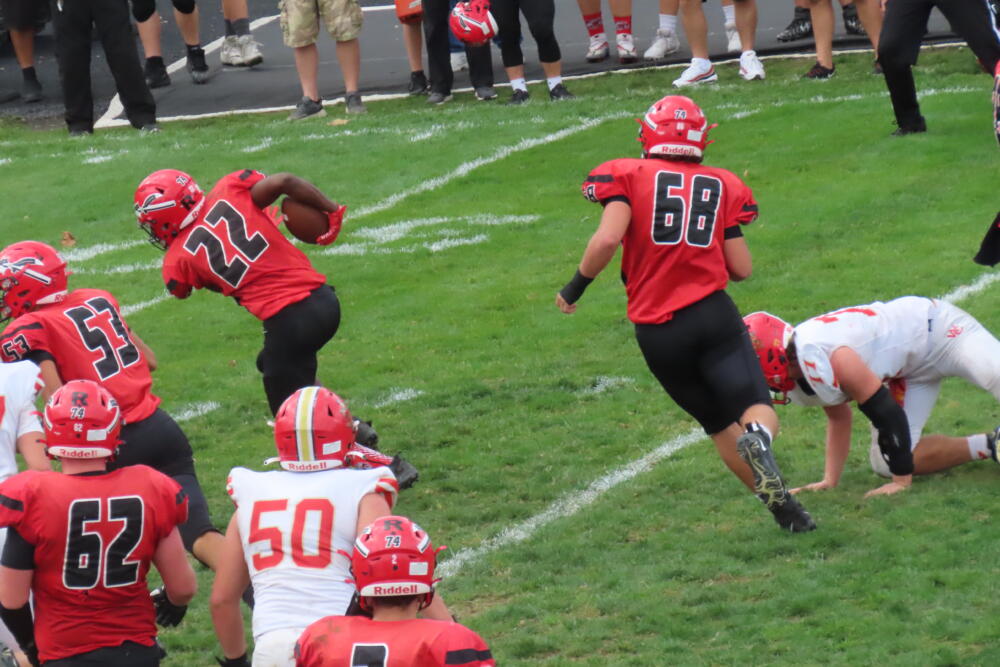 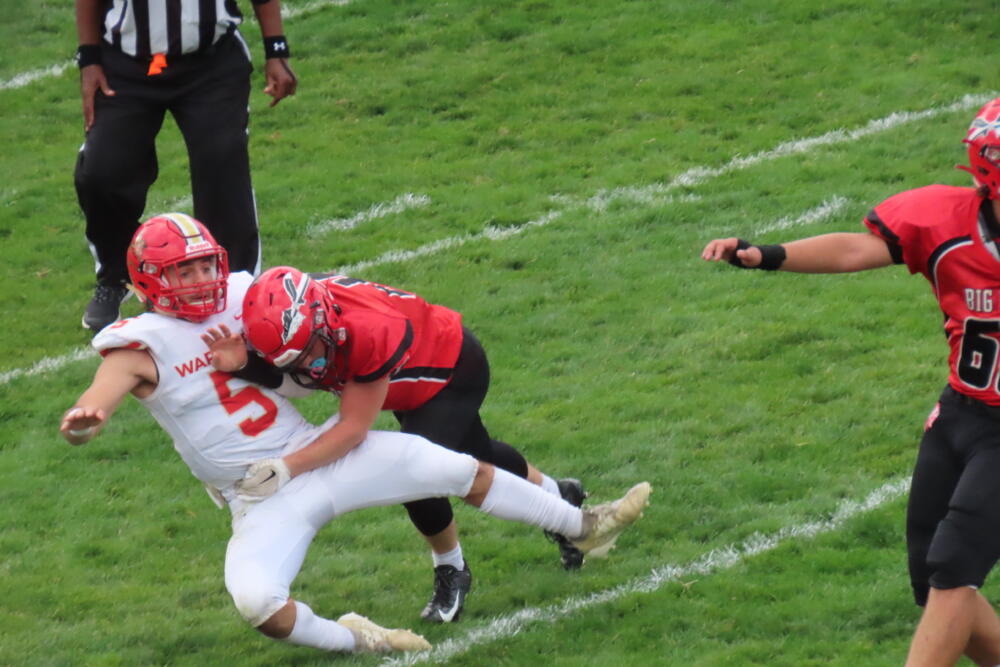 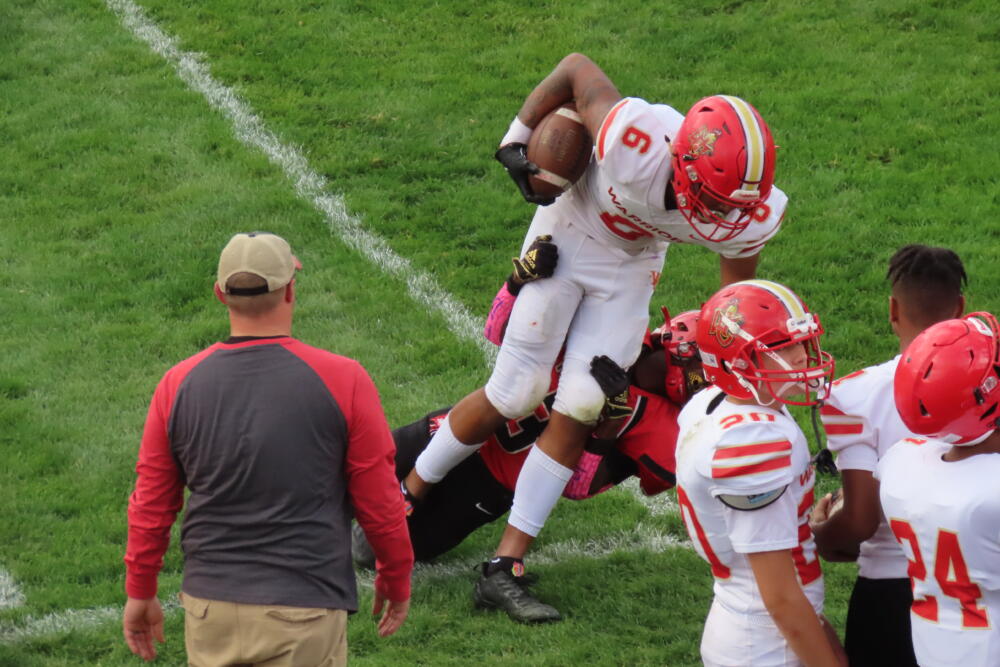 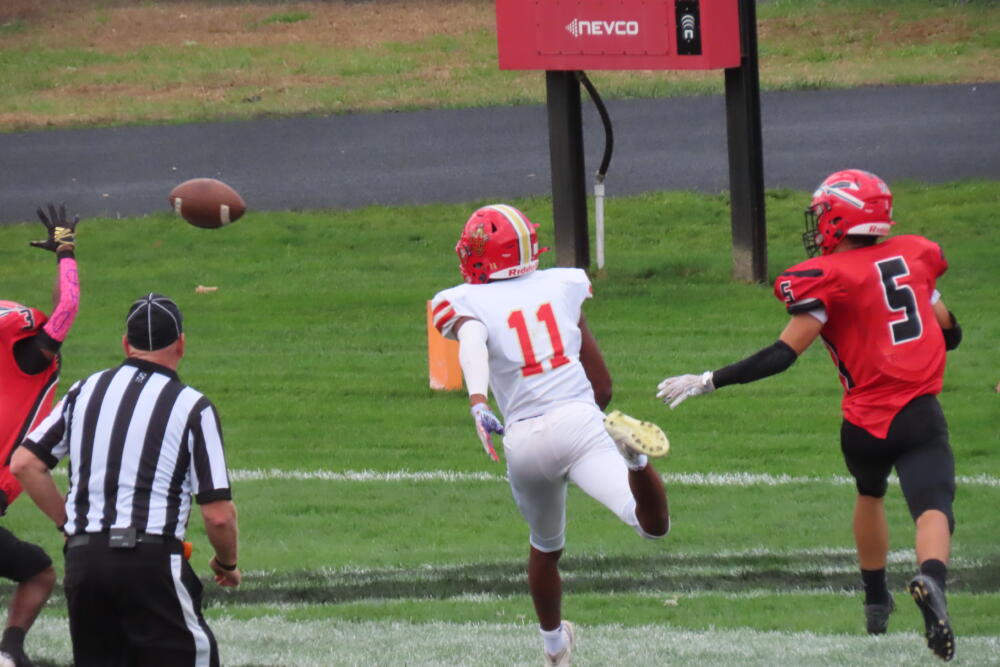 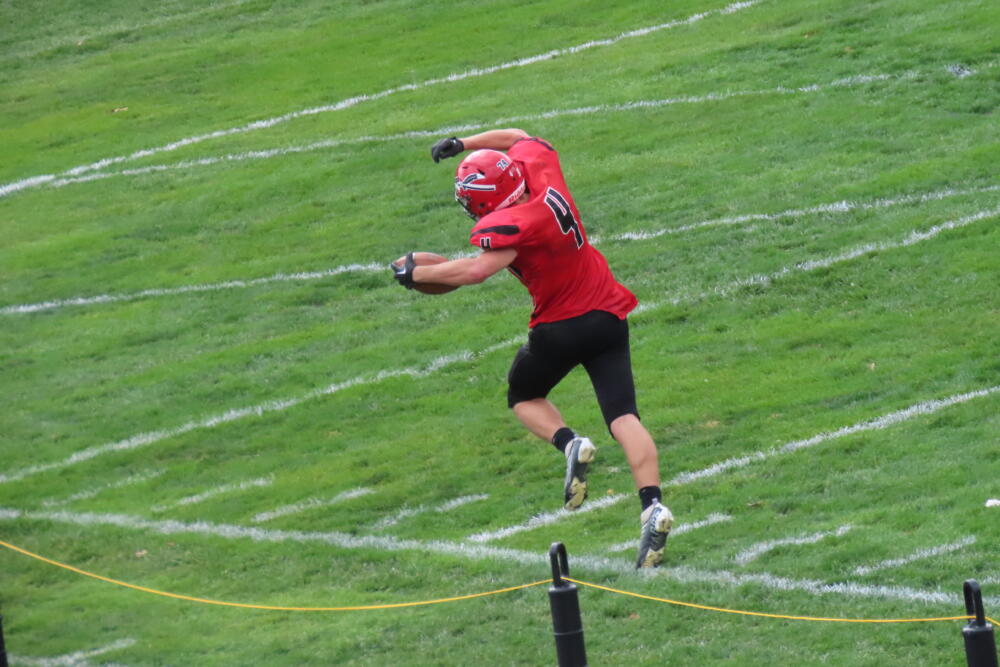 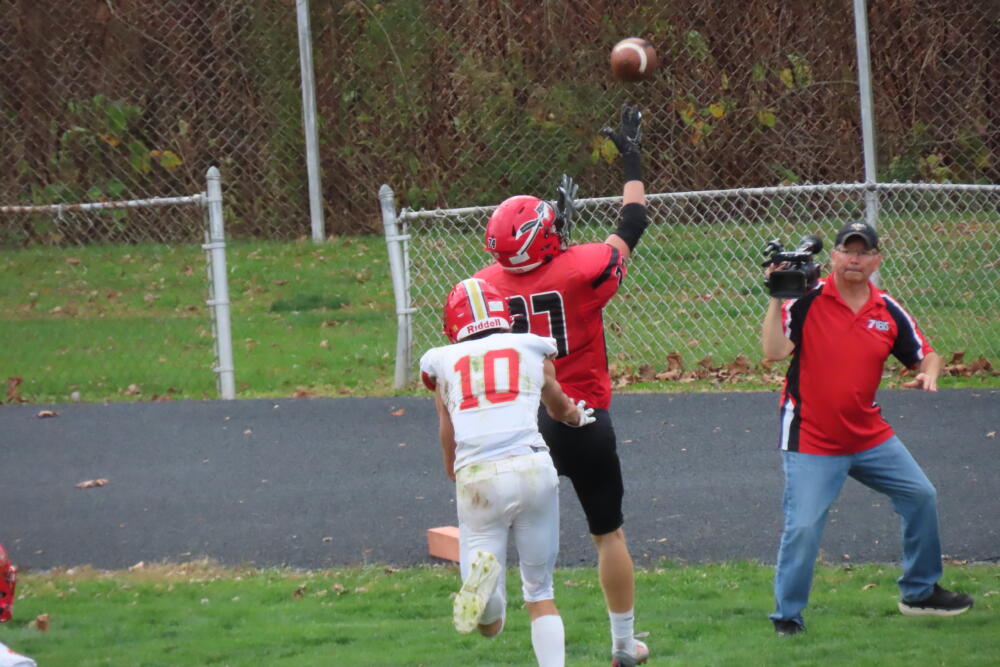 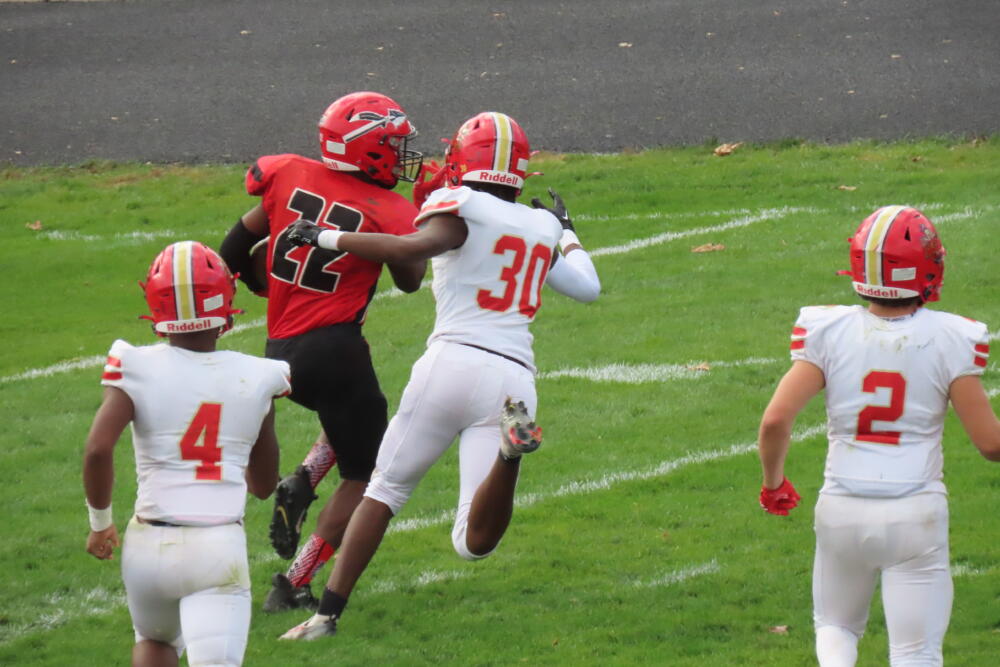 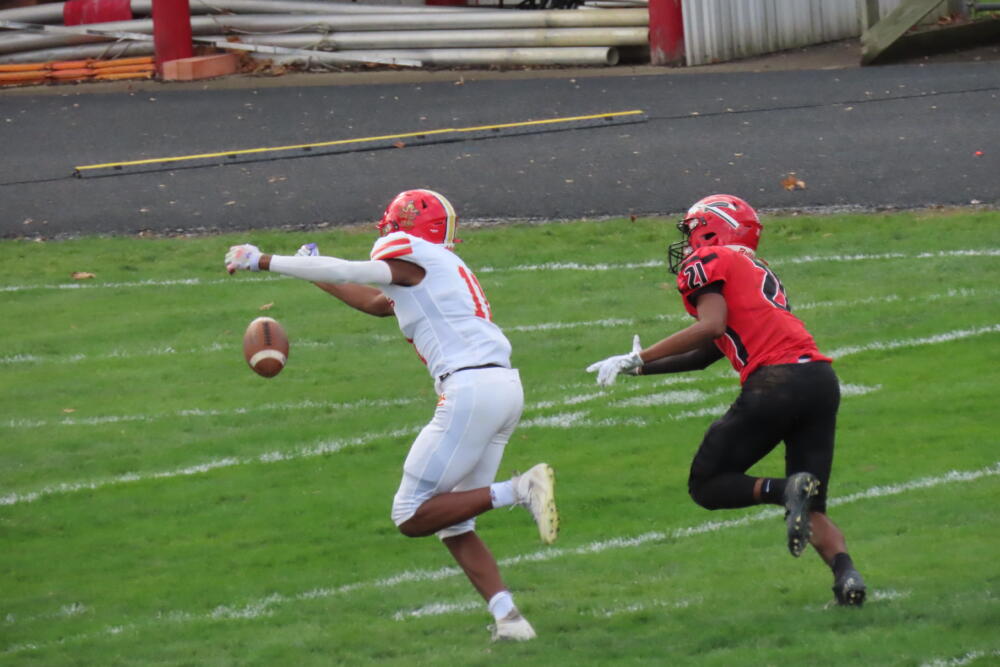 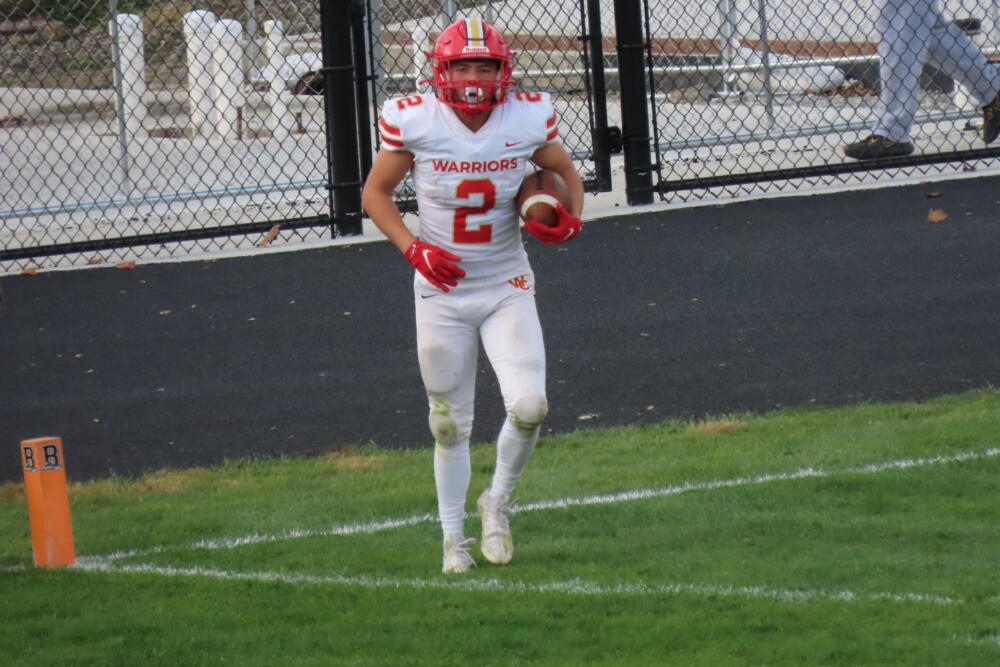