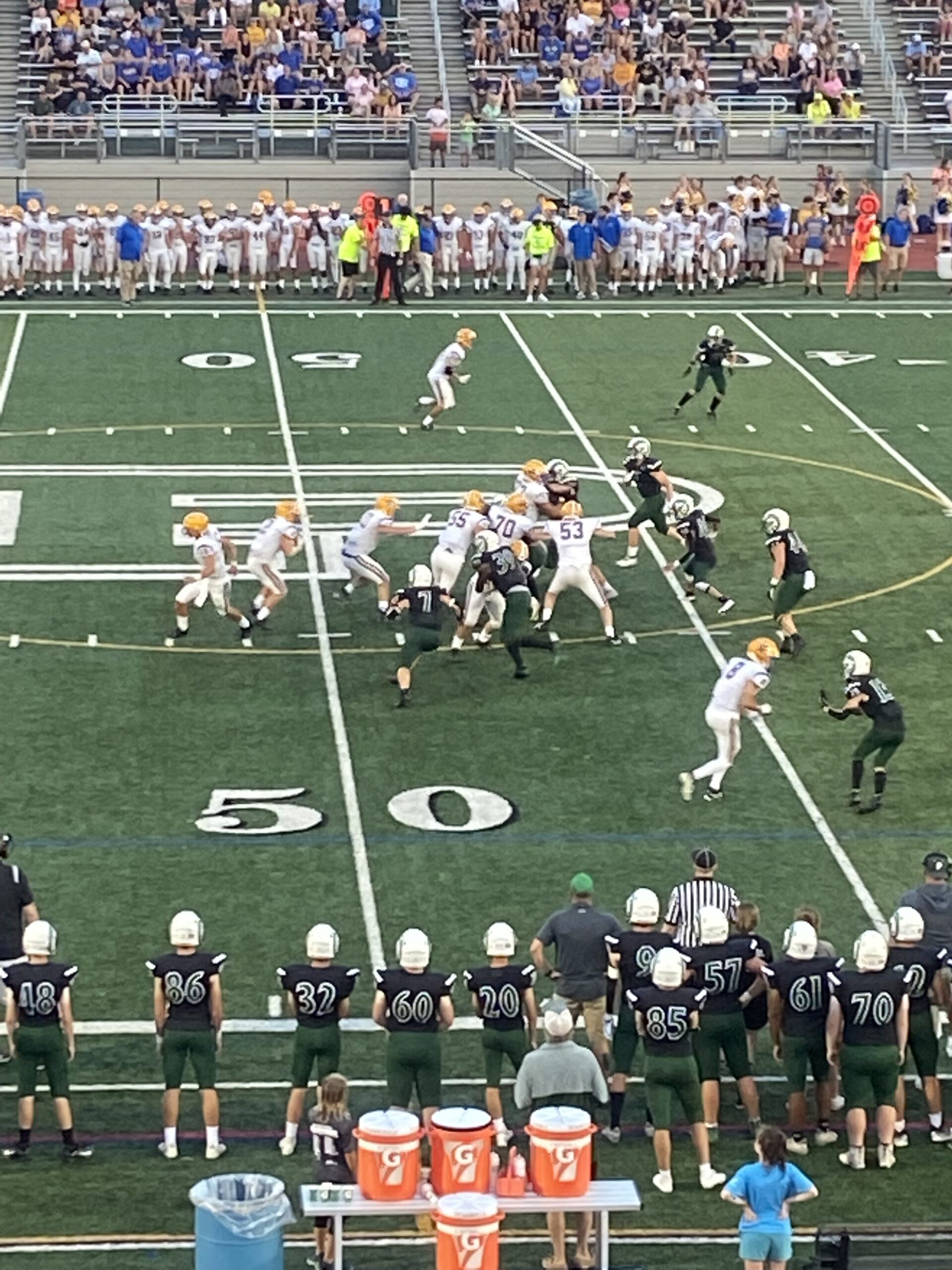 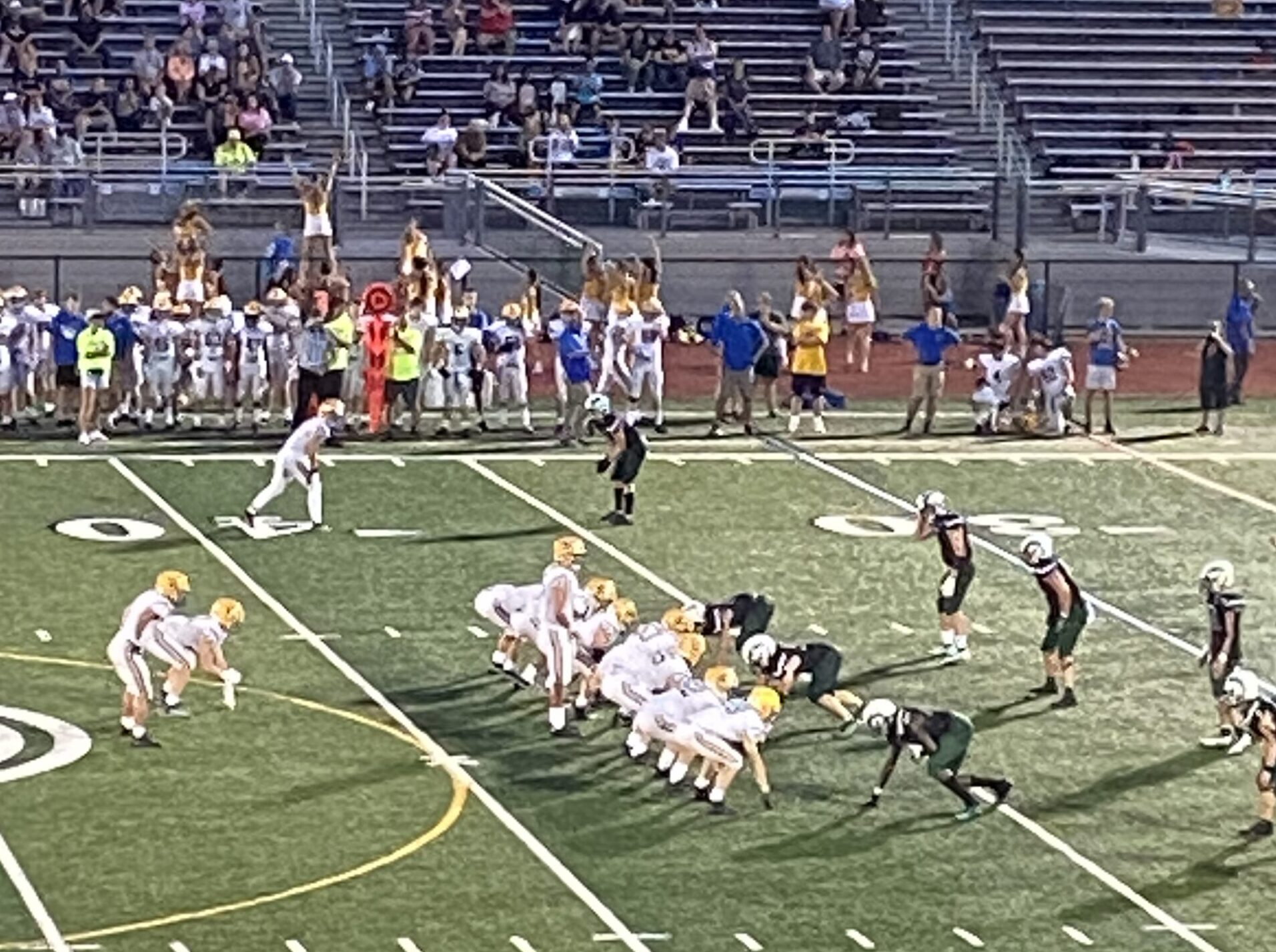 Cougars Rush for 203 yards in Victory

Last year after Pennridge returned the opening kickoff for a touchdown, then Downingtown won a hard fought 13-6 victory. It looked like an almost instant replay of last year’s game, this time Pennridge’s Brennan Fisher took the third play from scrimmage 73 yards around the right side of the Ram’s line to the end zone giving the Rams another quick 7-0 lead. Like last year the Cougars defense was smothering for the remainder of the game, holding the Rams to a mire 69 yards of total offense, until mop up time in the fourth quarter. Unlike last year Michael Matta’s offense ground out 330 yards, scored three touchdowns and even added the rare Downingtown FG. It was a rough beginning to the Chuck Burgy era at Pennridge, in front of the home crowd. Burgy was upbeat after the game, “We’ll study film, learn what we can, and get back at it on Monday.” Both teams had the typical first game sloppiness, Downingtown had three turnovers and a near disastrous muffed punt that they recovered. Pennridge had two turnovers and a plethora of penalties that they could not overcome. 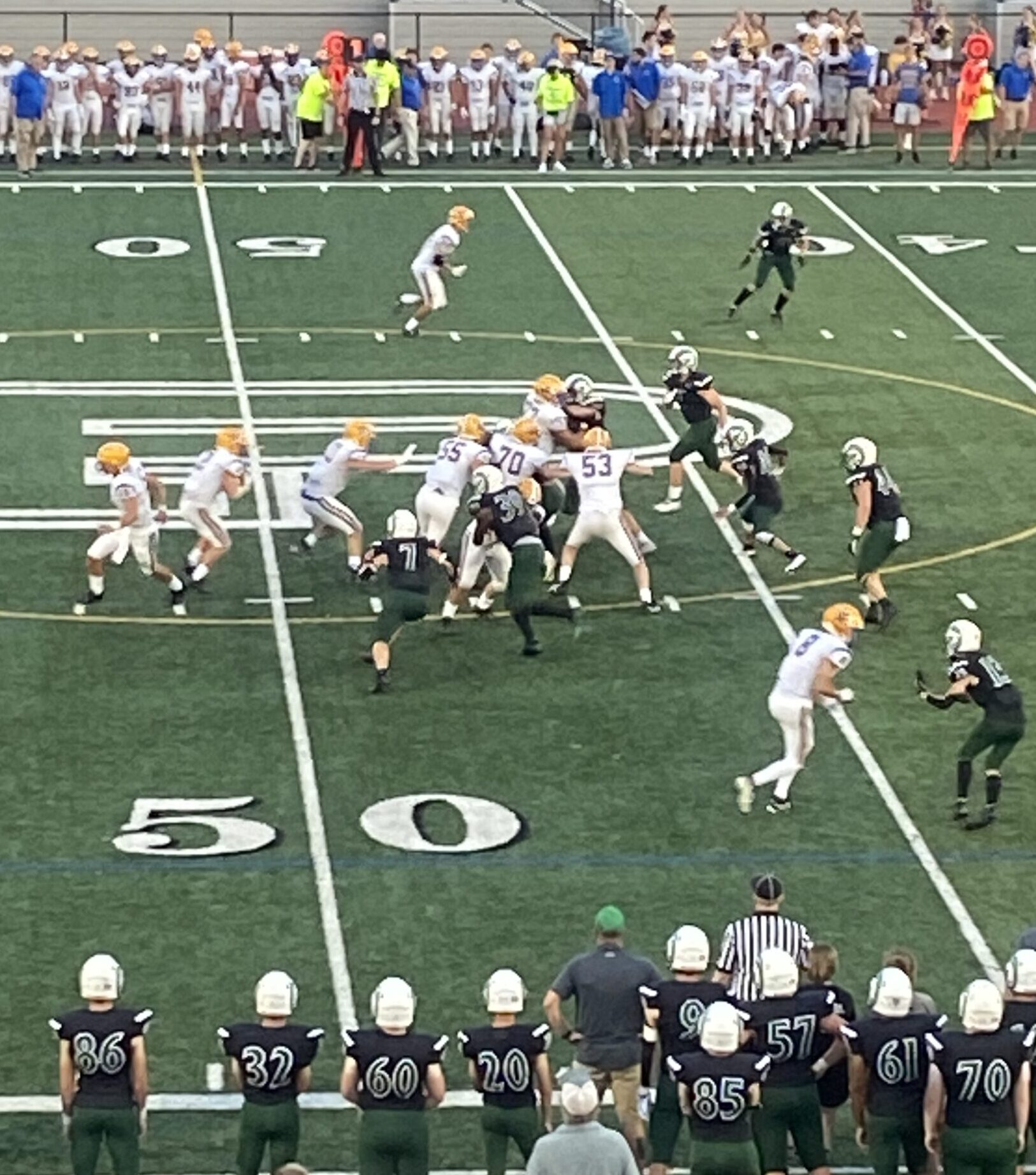 On defense the Cougars returned just three starters middle linebacker Sam Barton, strong safety Michael Waite and end Chad Lovenguth. All three of the returners shined in Defensive Coordinator Brandon Noble’s attacking scheme. The new starters, while starting off a little shaky, seemed to gather confidence as the game progressed, they held the Rams to 5 total first downs. The secondary and linebackers held the Rams to 1 completion on 15 attempts, linebacker Owen Lammey, broke on a ball thrown to the sideline, undercutting the receiver for an interception. Nose guard Felix Mason and end Jimmy Stott, wreaked havoc throughout the game, while linebackers Dimitri Soublis, Matt Cogliati and Jackson Noble played fast and downhill, giving the Ram’s running backs nowhere to run. The Cougar’s DBs gave the Ram’s receivers little to room to operate, safety Michael Leo broke up several passes and filled quickly on runs, corner backs Mike Luongo, Jack Basilii, choked the Pennridge receivers all game. Noble was pleased with his defense’s performance, “I thought we played well, tackled, played our assignments and controlled the line of scrimmage.”

On offense the Cougar’s controlled the clock and the game, running 75 plays to the Ram’s 45 plays. Offensive coordinator Tom Wolf went to the Cougar’s bread and butter-power football, Bo Horvath led the rushing attack with 101 yards, he also led in receiving yards with 47, the bulk of which came on a screen pass to start a two minute drill that led to a Cougar FG, at the end of the first half. Two way players, running backs Mike Waite and Owen Lammey chipped in with 80 more tough yards. Three year Quarterback Jamy Jenkins threw for 127 yards and ran for a crucial first down. After the game Wolf talked about his line play, “That was a tough, aggressive front seven, our kids played well upfront.” Matta commented, “That is one of the best defenses we will see all year, they were tough and fast, I was really proud of the way our kids played.

The Cougar’s special teams also dominated the game, kicker James Blake, was impressive in his football debut, his kick offs were high and deep and for good measure he boomed a 29 yard field goal with 2 seconds to go, in the first half and was 4 for 4 on extra points. Caden Walsh, the Cougar’s punter, had several big punts, he also fielded a snap the rolled back to him and got off 27 yard punt, when it looked like the Ram’s would block the punt and flip momentum. Pennridge had a costly turnover for a touchdown on special teams. While back to down a Cougar punt, a Pennridge player quickly touched the ball, and retreated, a heads up Fred Bono scooped the ball up raced 29 yard for a touchdown. While it was a miscue for Pennridge, it was compounded by a seemingly inaccurate call be the officials. It should have been ruled a muffed punt, with the Cougars getting the ball on the 29 yardline.  Pennridge’s defense played fast and were very physical , “The seconary was the shining point in this game.”  Sam Kuhns and Vince Dam, both had interceptions for the Rams. As Coach Burgy expressed, “You can’t ask for a better start, Downingtown is a good, physical team and they came up here and played smashmouth football.”

Next week Downingtown will host #8 ranked State College, a state semifinalist last year, Pennridge will try to get on the winning track against Souderton.