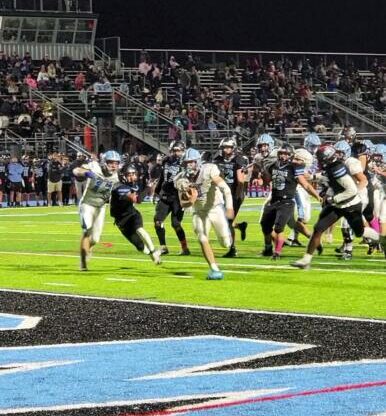 Dallas falls to the Wolfpack 35-7 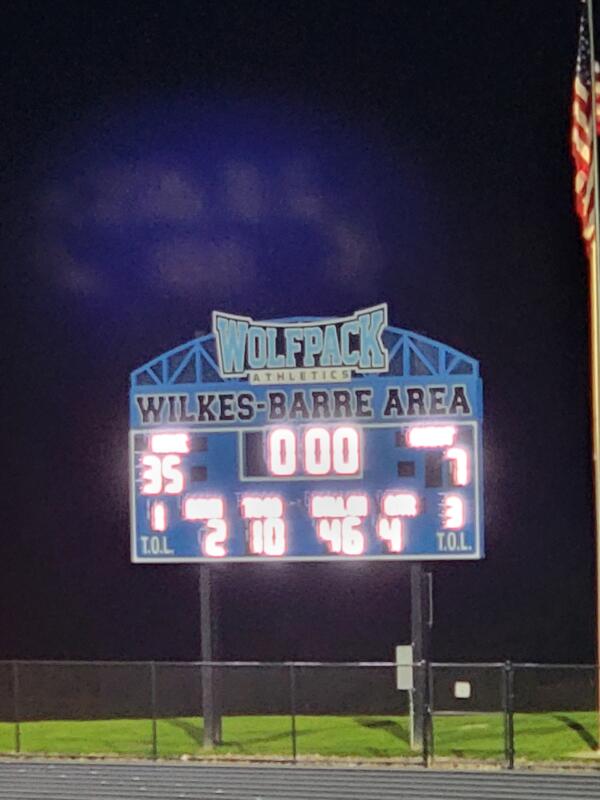 Dallas came into tonight’s game with a strong 7-1 mark, highlighted by big wins over Hazleton and Crestwood.  The Class 4A Mountaineers have had the services of Parker Bolesta to thank for their mark, as he is certainly one of the top backs in all of District 2.
Meanwhile, the Wilkes-Barre Area Wolfpack came into this game with a 4-4 record in the Class 6A division of District 2.  Head Coach Ciro Cinti is putting together a nice group and seems to be getting better every week.

This week was no exception for the Wolfpack.

After a close first half, Wilkes-Barre dominated both sides of the ball in the second half to leave the Mounts defeated and looking for answers.  The final was 35-7 in favor of the Wolfpack.

After a scoreless 1st quarter, Wilkes-Barre opened the 2nd quarter with a sustained drive but was upended when the Mounts Joe Peters intercepted a pass inside the Dallas 10 yard line.  Dallas then opened up the scoring when Dylan Geskey capped a nice drive with a 13 yard TD run to make it 7-0 Dallas.

However, the Wolfpack capped a nice drive of their own with a 3 yard TD run by Mekhi Nelson, who teamed up with Howie Shiner to form a devastating 1-2 punch for Wilkes-Barre in this game.  A missed PAT left the score 7-6 in favor of Dallas at halftime.

With the first half a close one, the expectation was for a close second half.  That never happened.

The Wolfpack took the 2nd half kickoff and moved downfield quickly aided by a long 41 yard reception by Naquan Johnson and strong running by Howie Shiner who scored a TD on a 13 yard run.  The 2 point conversion made it 14-7 Wolfpack, and they weren’t done yet. 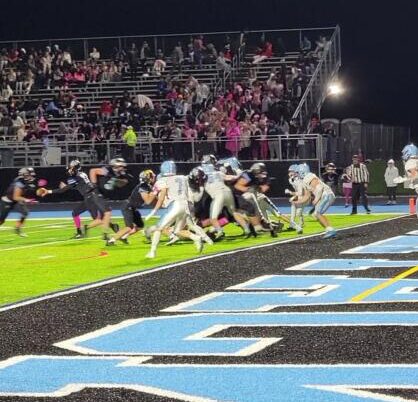 Dallas failed to sustain their first drive in the 3rd quarter, and 2 costly sacks on Dallas QB Brady Zapoticky forced the Mounts to punt.  Wilkes-Barre took full advantage when Mekhi Nelson broke a long TD run of over 40 yards which made the score 21-7 with 4:20 left in the 3rd quarter.  Dallas could not gain any ground, and Wilkes-Barre sustained a drive into the 4th quarter which ended with a another Mekhi Nelson TD run to make it 28-7 Wolfpack with 11:17 left in the game.  Dallas failed to make significant gains on offense again, and the Wolfpack regained possession and closed out the scoring with yet another rushing TD for a big 35-7 win.